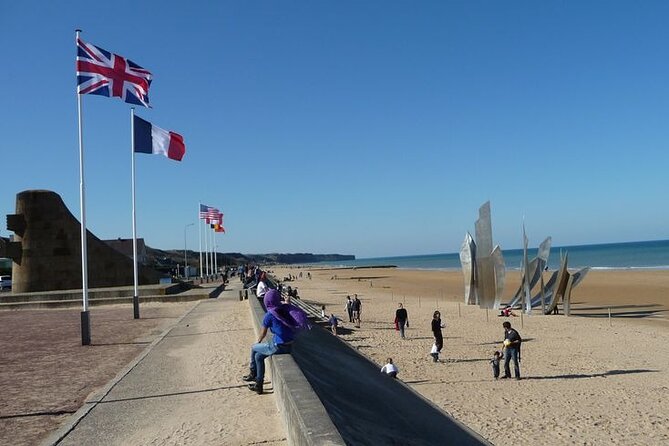 Discover the historical and dramatic power of the D-day beaches. Revive the moment when allies troopers came to free Europe from the German army.

The Normandy American Cemetery and Memorial is a World War II cemetery and memorial in Colleville-sur-Mer, Normandy, France, that honors American troops who died in Europe during World War II.

This is a promontory with a 100 ft cliff overlooking the English Channel on the northwestern coast of Normandy in the Calvados department, France. During World War II it was the highest point between the American sector landings at Utah Beach to the west and Omaha Beach to the east.

Informacion Adicional
"Confirmation will be received at time of booking"
"Infant seats available"
"Near public transportation"
"Stroller accessible"
"Not wheelchair accessible"
"Most travelers can participate"
"This is a private tour/activity. Only your group will participate"

Traveler pickup is offered
We can also pick up from nearby hotels.