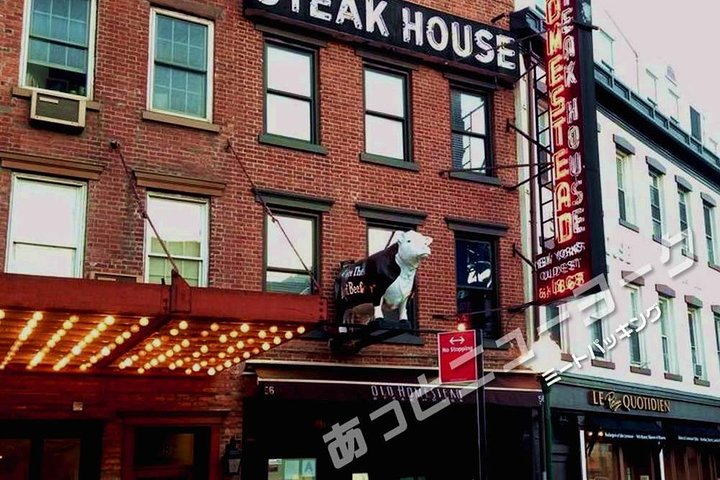 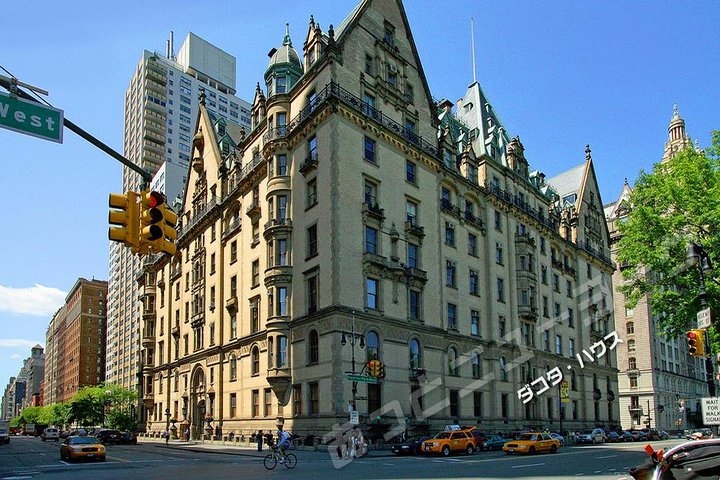 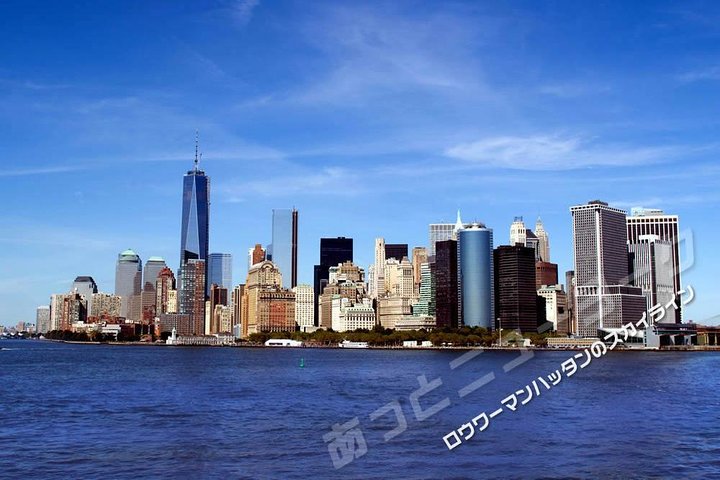 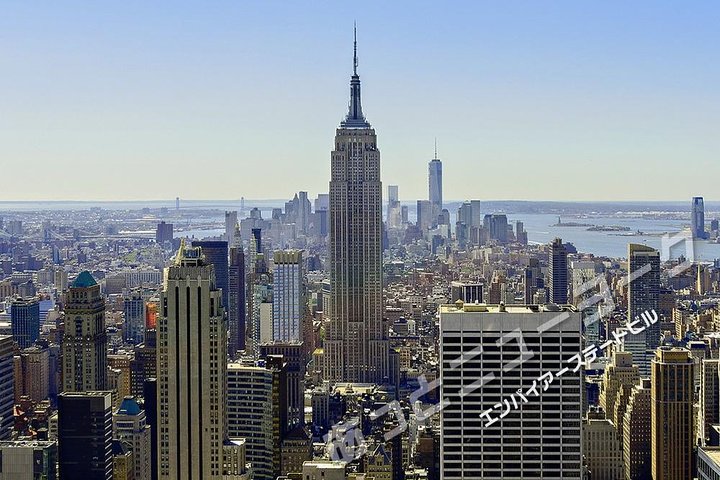 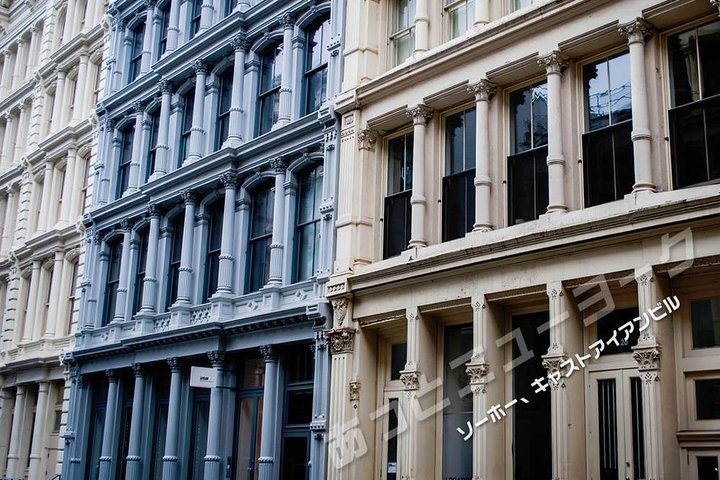 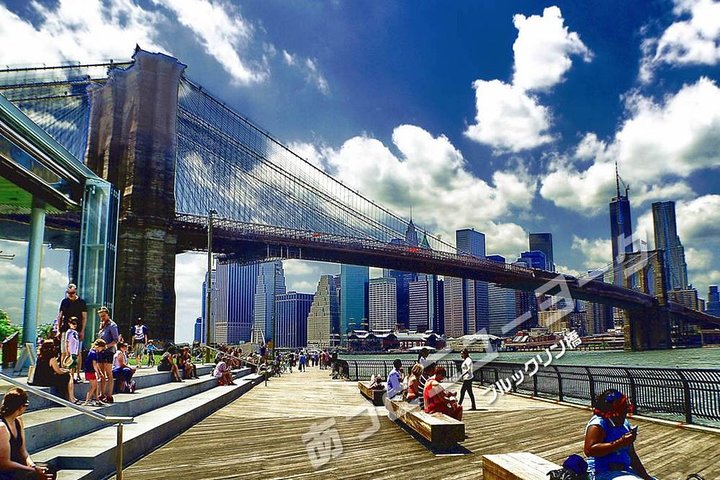 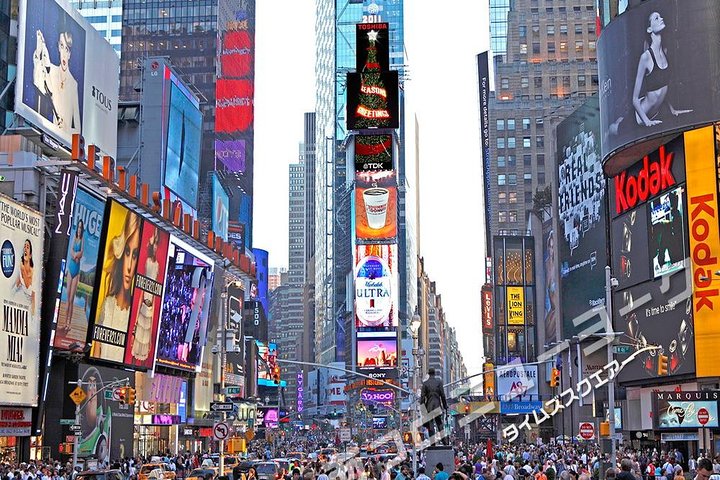 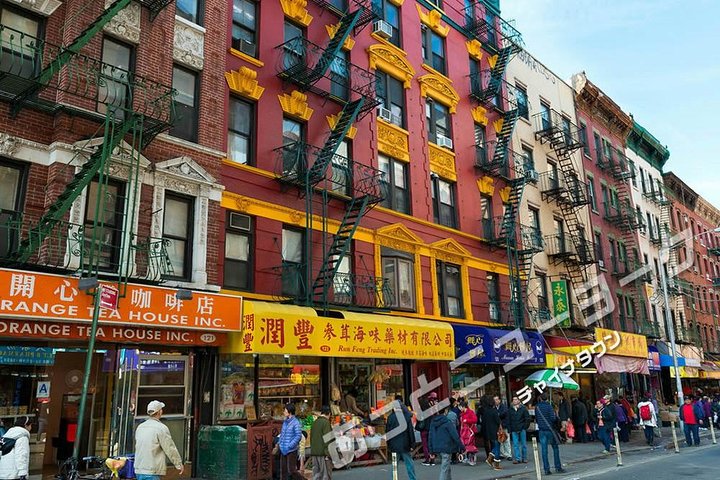 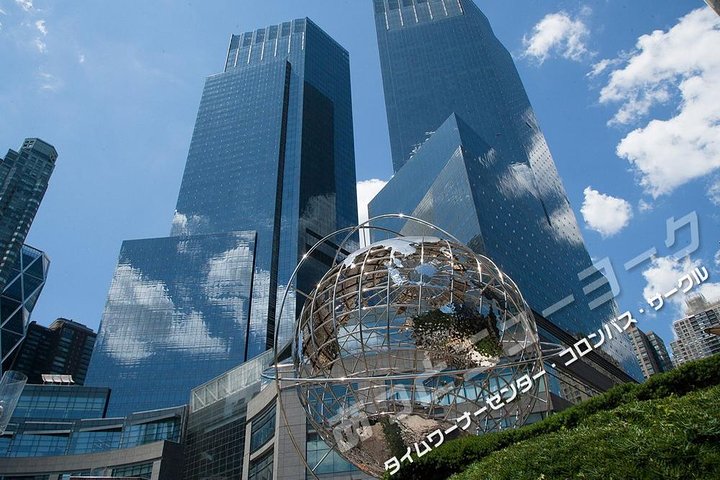 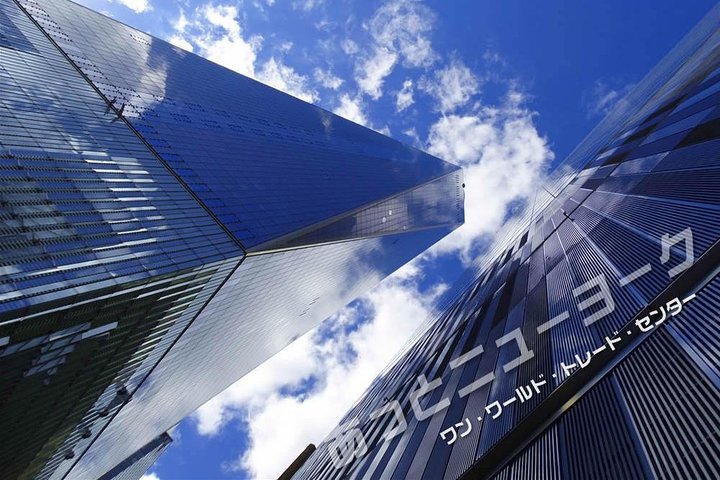 The only and the best 1 day tour in Japanese is here.
This tour includes FREE observation tickets, you may choose from "Top of the Rock" or "Empire State building", retail price $43~. Don't forget to take one before you get off the tour vehicle. Since this tour usually finish around 3:30~4:00PM, you can go straight ahead to the observation after the tour.

Times Square is lined with huge, brilliantly lit billboards and screens.
And considered the pinnacle of American theater, where is the place to see the latest shows and the long-running classics.

Meatpacking District is now known for its high-end fashion stores, swanky bars and restaurants that are worth the wait for a table.
Since surrounded by full of shops of ceter of the arts,this area is sometimes called"Fifth avenue for Genaration X"

The biggest community of Artists,such as Musicians, Writers,Painter, in NYC. They all hang out around the historic fountain of Washington Square Park.Also, it is know for a paradiso for LGBT community.

One of the world’s best shopping districts, SoHo (which stands for the area South of Houston -- pronounce How-ston) is even better for the community for Painters.But because of soaring land prices,this place is no longer affortable for young artist.

Little Italy no longer boasts a large Italian population, but you can still see a lot of shops of Pasta or Caffee.
With the recent growing of Chinese population in this area, the space of chinese town has been expanding.

On September 11, 2001, The World Trade Center's twin designed by Mr,Yamazaki, were destroyed by suicide-piloted jetliners with a tragic loss of life. Where the two towers of the World Trade Center once stood, now stand two square reflecting pools, each one acre in size.

Wall street area, including the New York Stock Exchange, the NASDAQ, and the New York Mercantile Exchange,are home to some of the most important exchanges in the world. There were actually a huge defense wall,built by Dutch,against Native Americans in pioneering phase.

The Battery Conservancy was founded to revitalize New York’s birthplace park and its major landmark, Castle Clinton National Monument. The Conservancy designs, builds, maintains, and activates the historic Battery’s 25-acres of public parkland at the southern tip of Manhattan.
This area used to be a Fortress against English navy.

From Staten Island ferry,you can see Skyscraper of south are in NYC. The moment passing by Statue of Liberty, which remains a famous world symbol of freedom and one of the greatest American icons, you should take a photo.

The Brooklyn Bridge, the world's first steel-wire suspension bridge, is one of the city's most recognizable landmarks and a good place to take pictures.

Dumbo,short for Down Under the Manhattan Bridge Overpass is one of New York City’s hippest, historic neighborhoods with unsurpassed views.
In this tour, you can take a lunch break.

The United Nations (UN),an intergovernmental organization responsible for maintaining international peace and security, developing friendly relations among nations, achieving international cooperation, and being a center for harmonizing the actions of nations,is headquartered on NYC.

Timewarner Center,the Shops at Columbus Circle, is in the heart of Manhattan, an iconic indoor destination attracting more than 16 million visitors annually. It’s the place to shop, dine, live, work and be entertained. The soaring 2.8 million-square-foot landmark with stunning views of Central Park has transformed Columbus Circle into a cultural portal to Manhattan’s Upper West Side.

The Dakota, also known as the Dakota Apartments, is a cooperative apartment building located on the northwest corner of 72nd Street and Central Park West in the Upper West Side of the borough of Manhattan.
This is a place where John Lennon,who a former member of the Beatles, was killed and his wife,Ono Yoko still lives.

The Dakota, also known as the Dakota Apartments, is a cooperative apartment building located on the northwest corner of 72nd Street and Central Park West in the Upper West Side of the borough of Manhattan.
This is a place where John Lennon,who a former member of the Beatles, was killed and his wife,Ono Yoko still lives.

The Cathedral Church of Saint John the Divine, the mother church of the Episcopal Diocese of New York and the Seat of its Bishop, is chartered as a house of prayer for all people and a unifying center of intellectual light and leadership.Although it has being constracted for more than 100 years,the constraction has not been done yet.

Columbia University is one of the world's most important centers of research and at the same time a distinctive and distinguished learning environment for undergraduates and graduate students in many scholarly and professional fields.

Riverside Church is a Christian Baptist church in Morningside Heights.Although interdenominational, it is also associated with the American Baptist Churches USA and the United Church of Christ.
Since the desigh of the church is so sophisticated and solemnity, now is popular for Wedding hall.

Grant's Tomb, officially the General Grant National Memorial, is the final resting place of Ulysses S. Grant,who was an American soldier and politician who served as the 18th president of the United States from 1869 to 1877 and led the Union Army in winning the American Civil War.

The center of the African-American culture and biggest theri community in the U.S. It's used to be said The a crime-ridden neighborhood before, but the town has cahned and It's to safe o visit.

Since opening its doors in 1914, the Apollo theatre has played a major role in the emergence of jazz, swing, bebop, R&B, gospel, blues, and known as "mecca" for African-American musicians.One of the most famous musicians, such as Michel Jackson,Stevie Wonder,Pink have played here.

The Metropolitan Museum of Art, or the Met, as it is commonly known, is one of the most famous museum in the world. The permanent collection of The Met contains more than two million works of art, spanning a period of 5,000 years.

Tour will be finished and our tour guide will drop you off near by Central park, anywhere between 55~59th St and 5th~8th Ave.

Informacion Adicional
"Confirmation will be received within 48 hours of booking, subject to availability"
"Wheelchair accessible"
"Stroller accessible"
"Near public transportation"
"Infant seats available"
"Transportation is wheelchair accessible"
"Most travelers can participate"
"This experience requires a minimum number of travelers. If it’s canceled because the minimum isn’t met, you’ll be offered a different date/experience or a full refund"
"This tour/activity will have a maximum of 10 travelers"
"Face masks required for travelers in public areas"
"Face masks required for guides in public areas"
"Face masks provided for travelers"
"Hand sanitizer available to travelers and staff"
"Social distancing enforced throughout experience"
"Regularly sanitized high-traffic areas"
"Gear/equipment sanitized between use"
"Transportation vehicles regularly sanitized"
"Guides required to regularly wash hands"
"Regular temperature checks for staff"
"Temperature checks for travelers upon arrival"
"Paid stay-at-home policy for staff with symptoms"
"Contactless payments for gratuities and add-ons"

Traveler pickup is offered
We pick you up at any of below 3 hotels.
1. The Manhattan at Times Square Hotel
2. Stewart Hotel New York
3. The Kitano Hotel New York

We take you back to your hotel after the cruise. Please be noted that our FREE transportation area is between 30th to 65th St and between Lexington Ave to 10th Ave.