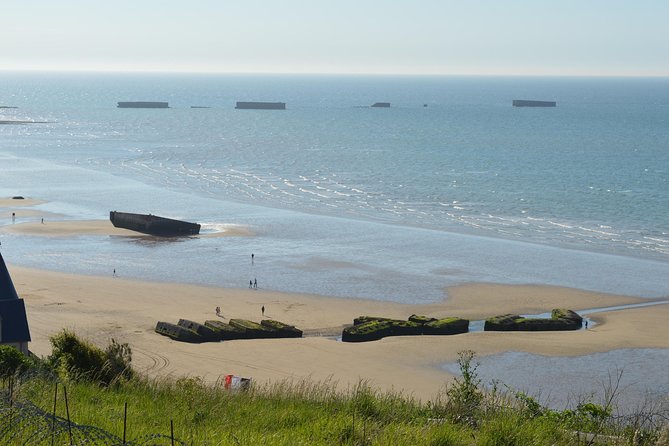 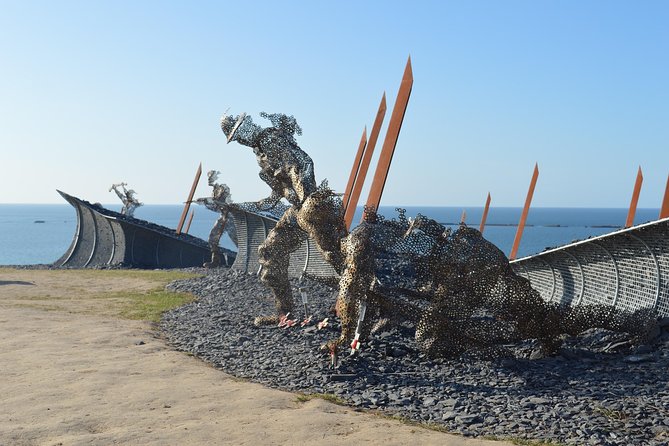 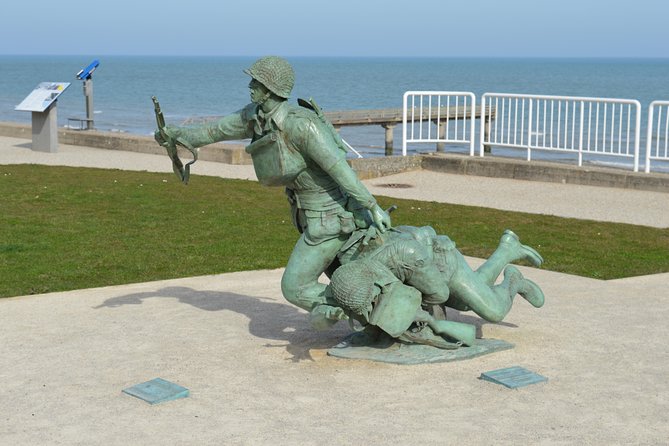 On this full day tour we will visit the Canadian, British and American landing beaches: Juno, Gold and Omaha.

On route, as well as on location, throughout the day you will learn about the planning and preparations involved to get the largest military operation in history organised, which units were involved, what their objectives were, and how victory was achieved.

I will share with you stories of the many men and women who fought to free Europe of Nazi occupation.

At each of these site there will be some free time for you to take photos, use restrooms or grab a coffee.

We will visit the western flank of Juno sector where Canadian forces landed on D-Day. Here you will learn about the planning and preparations by the Canadian 3rd Infantry Division to land elements of the Canadian Scottish and Royal Winnipeg Rifles regiments against one of the best prepared German coastal defences in this area.

At this British landing sector on D-Day and see where the men of the 50th Infantry Division were able to break through from an open and exposed beach. It was here that Company Sergeant Major, Stanley Hollis of the 6th Battalion, the Green Howards, landed. We will follow his actions on D-Day which resulted in him receiving the only Victoria Cross, the highest award for bravery in the British Commonwealth.

Here we will see the remains of the artificial harbour, known as Mulberry. This amazing invention became the most important port for the Allied in North-West Europe until December 1944.

Time for reflection at the British War Cemetery, final resting place and memorial for 6452 soldiers of various nationalities, including German.

On top of 100ft high cliffs, the Germans had established a long-range gun battery. It was the task of US Army Rangers to assault this position, scale the cliffs and destroy the German guns. This site has been preserved as a battlefield and you will be able to go into the many German bunkers, see the hundreds of bomb craters, and of course the cliffs the Rangers scaled.

At the second American sector, Omaha beach, we will visit the part of the beach that was depicted in opening scenes of the film Saving Private Ryan: here is where the heaviest casualties on D-Day were suffered. You will hear about the units involved, learn about how many things can and did go wrong here, but also how initiative, determination and leadership resulted in success.

The final resting place of 9380 American servicemen and women from the Normandy campaign, located on high ground overlooking the eastern side of Omaha Beach. It covers more than 170 acres and is maintained by the American Battle Monuments Commission. Here you will have the opportunity to pay your respects and witness the lowering of the flags.

Informacion Adicional
"Confirmation will be received at time of booking, unless booked within 1 day of travel. In this case confirmation will be received as soon as possible, subject to availability"
"Service animals allowed"
"Near public transportation"
"Transportation is wheelchair accessible"
"Wheelchair accessible"
"This tour is not suitable for children under the age of 8."
"Most travelers can participate"
"This is a private tour/activity. Only your group will participate"
"Face masks provided for travelers"
"Hand sanitizer available to travelers and staff"
"Transportation vehicles regularly sanitized"
"Guides required to regularly wash hands"

Traveler pickup is offered
I pick up from all hotels, B&Bs, guest houses, gîtes, airbnb's in Bayeux. Other pick-up locations in or near Bayeux can be arranged, please contact me for details.