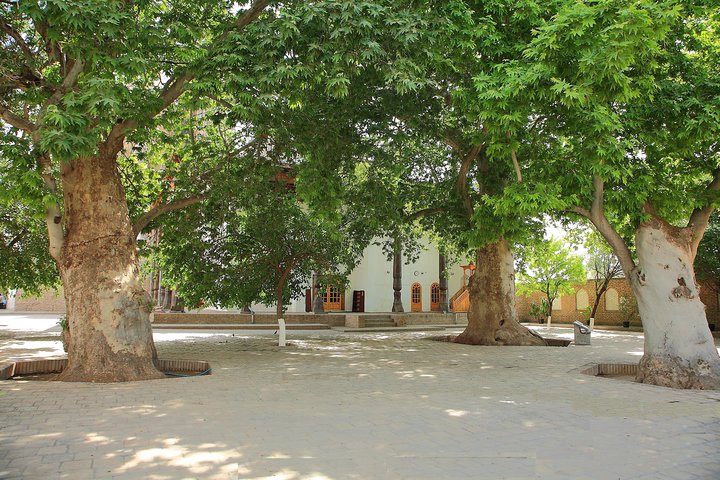 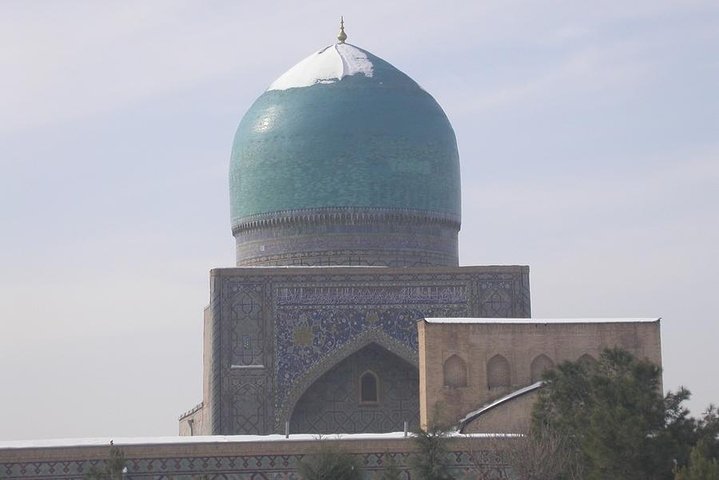 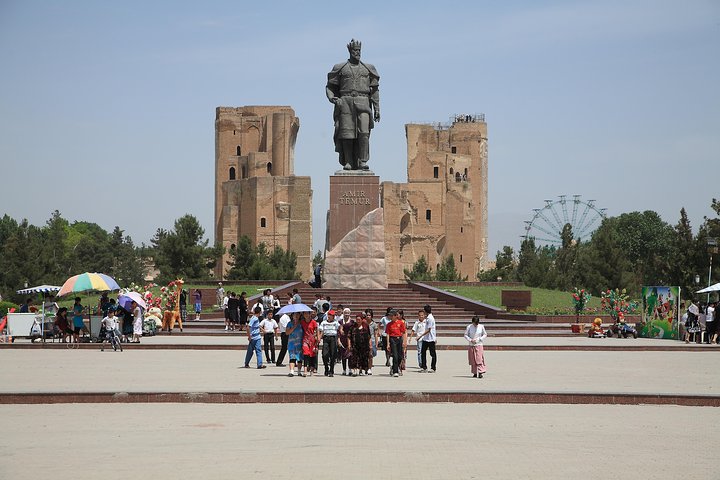 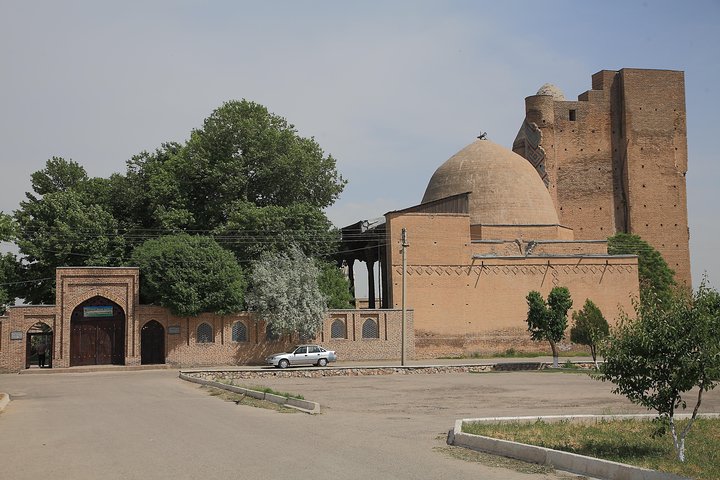 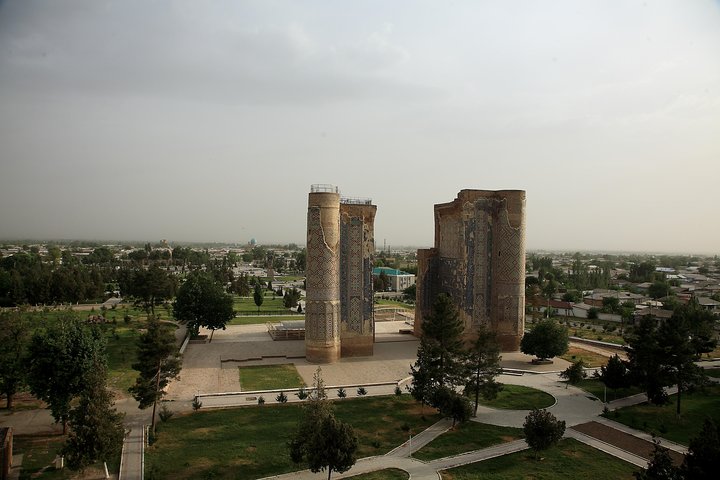 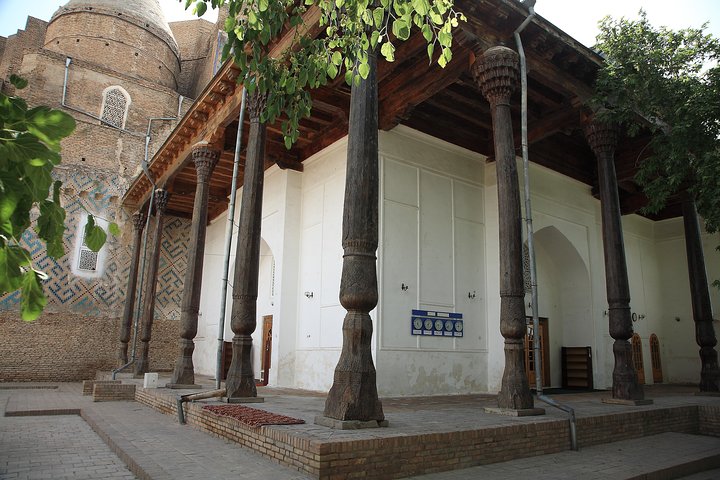 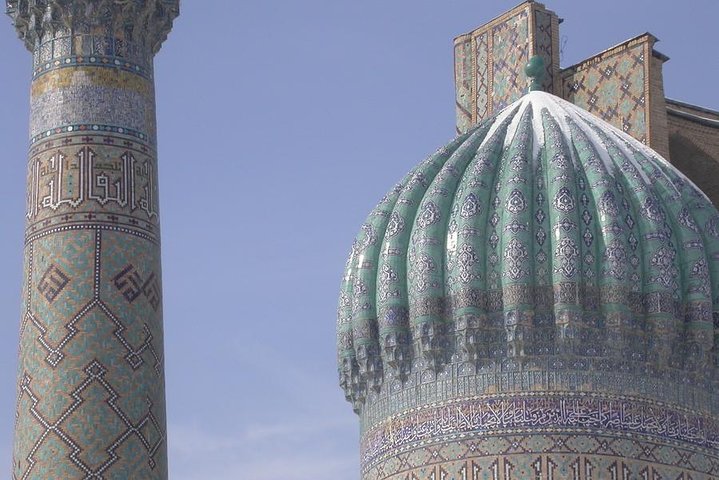 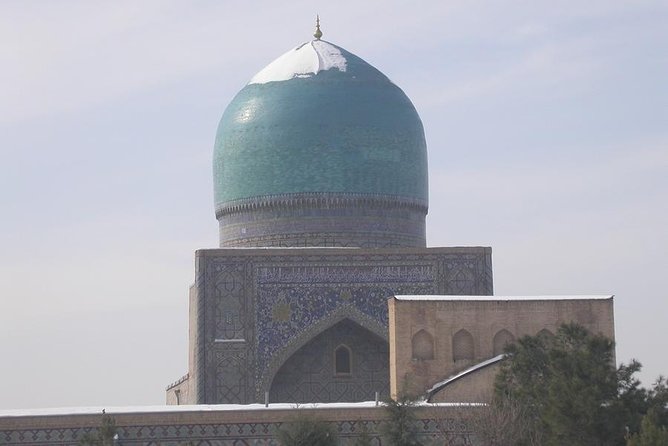 Overnight Tour of Samarkand and Shakhrisabz

Samarkand and Shakhrisabz two important cities of the period of Timur’s (Tamerlane’s) empire. Samarkand was a capital of Timur's empire and Shakrisabz his native town and summer residence. During this short but interesting trip you will visit two beloved cities of Timur.

Meals included:
• Lunch: Lunch with Uzbek family. During the Lunch you will observe the pocess of preparing of Uzbek national dish "Plov"

Stop At: Shahrisabz, Uzbekistan
In the morning at 08:00 drive to Shakhrisabz (1.5hrs). You will go through the pass "Takhtakaracha" (1670 m)

On the road you can wath the scenery of the mountains of Shakhrisabz.Today this wonderful city is known as a native of Amir Temur (Tamerlane). He was born in the neighboring village of Hodja-Ilgar. Becoming the ruler, he turned Shakhrisabz into his summer residence. By the way, at that time Kesh was renamed to Shakhrisabz, which means  “Green city"
Duration: 3 hours

Stop At: Shahrisabz, Shahrisabz, Qashqadaryo Province
Mausoleum of Jakhongir and Omar-Shaykh - eldests and dearests sons of Great Timur (XIV c.), Mausoleum of Dorut-Tilovat where conqueror Tamerlane’s father and his spiritual tutor are buried.

Amir Timur's (Tamerlane's) tomb discovered in 1943, when a child playing football fell through the ground.

Stop At: Qarshi, Qarshi, Qashqadaryo Province
Kok-Gumbaz mosque - was built by Ulugbek from the name of his father Shakhruh (XV c.)
Duration: 1 hour

Meals included:
• Lunch: in local restaruant
Accommodation included: Arrival in Samarkand at16:30 to the train station.In Tashkent Transfer to the hotel"XXX"

Informacion Adicional
"Confirmation will be received at time of booking"
"Wheelchair accessible"
"Dress code is smart casual"
"Near public transportation"
"Most travelers can participate"
"This is a private tour/activity. Only your group will participate"

Hora de Inicio: 07:00 AM
Duración: 2 Days
Lugar de comienzo: Traveler pickup is offered
We will inform you 2 days before (we will wait at the hotel or airport with your name)