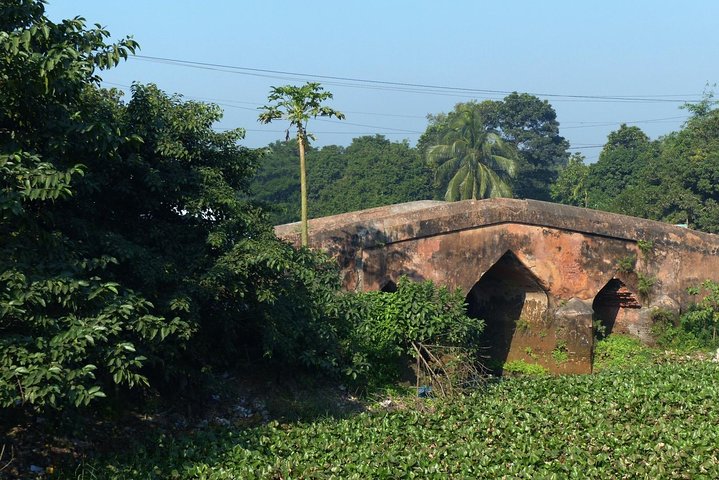 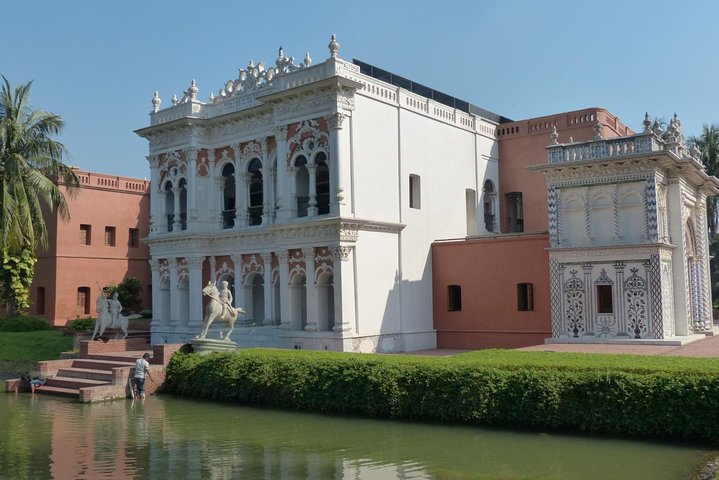 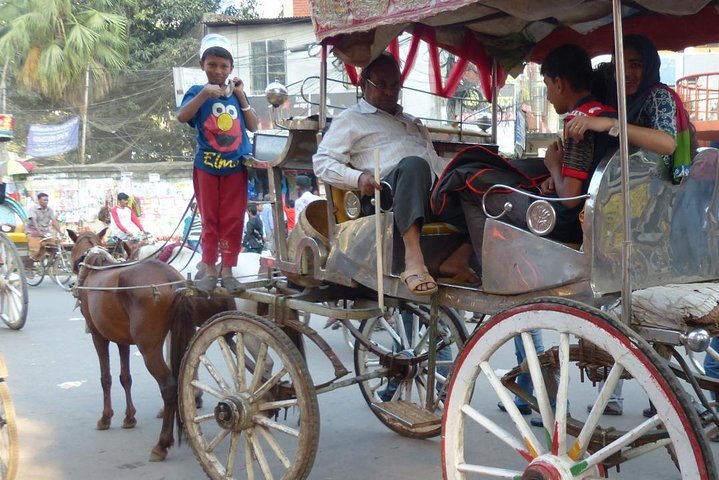 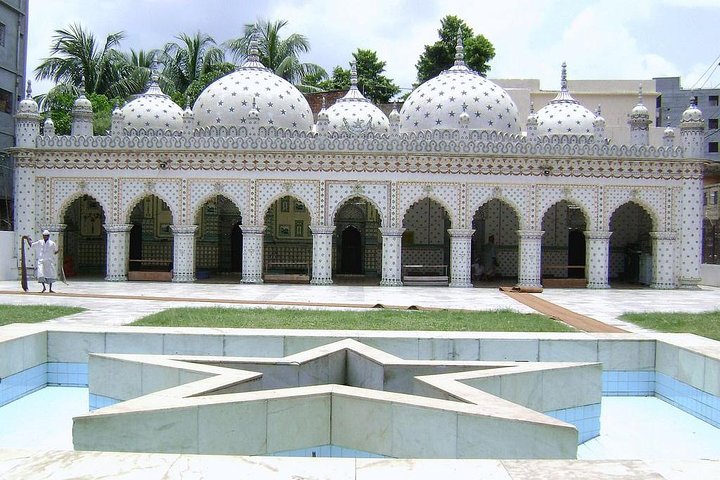 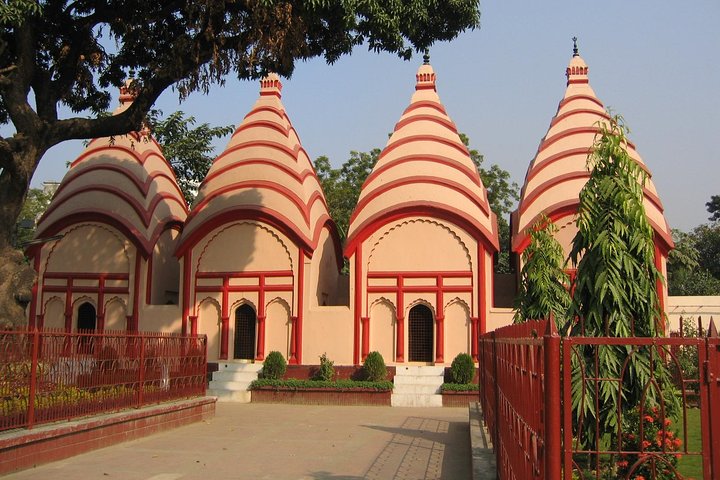 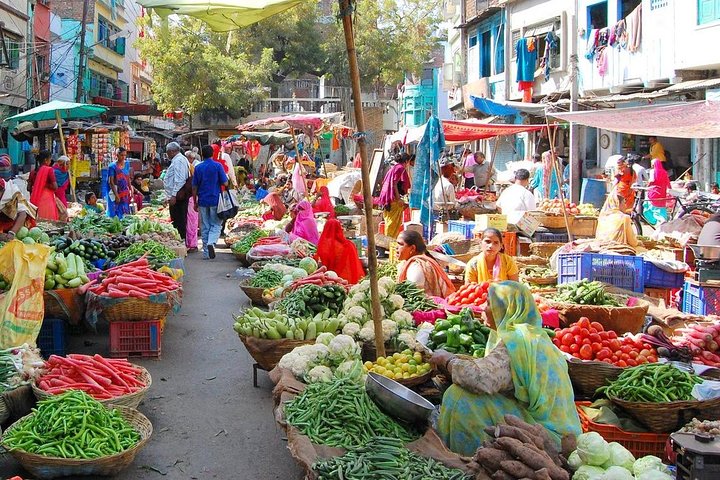 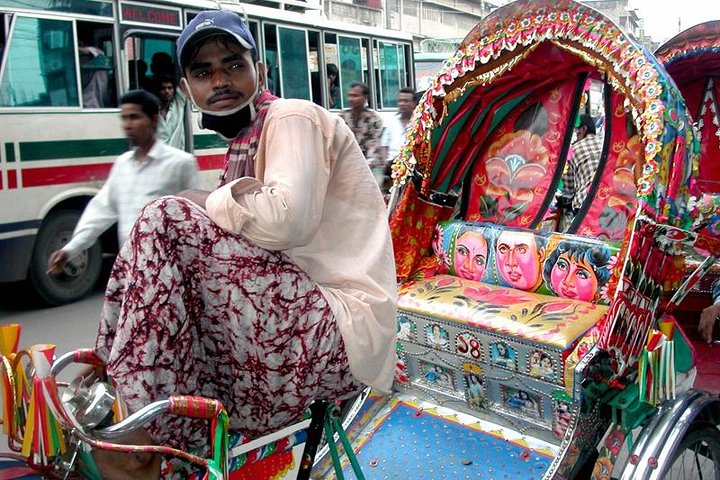 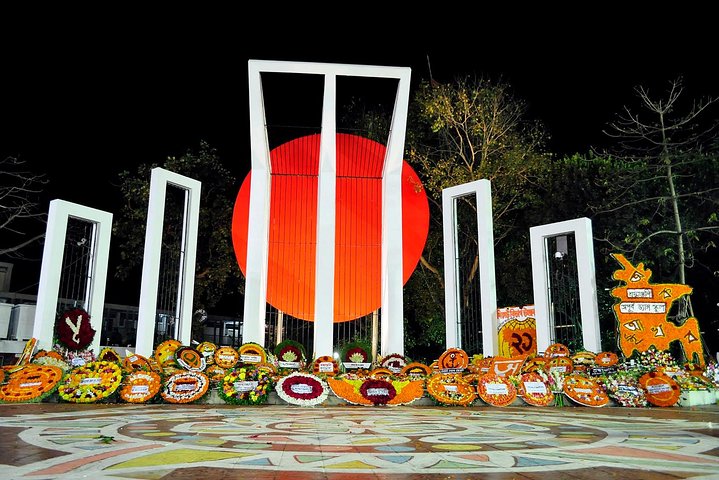 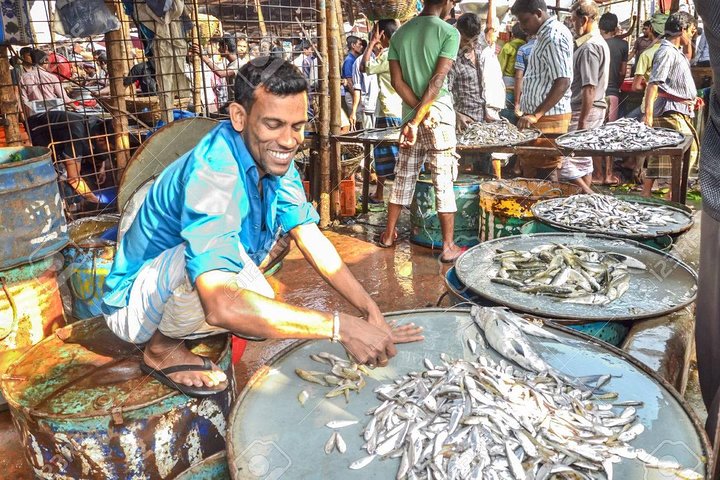 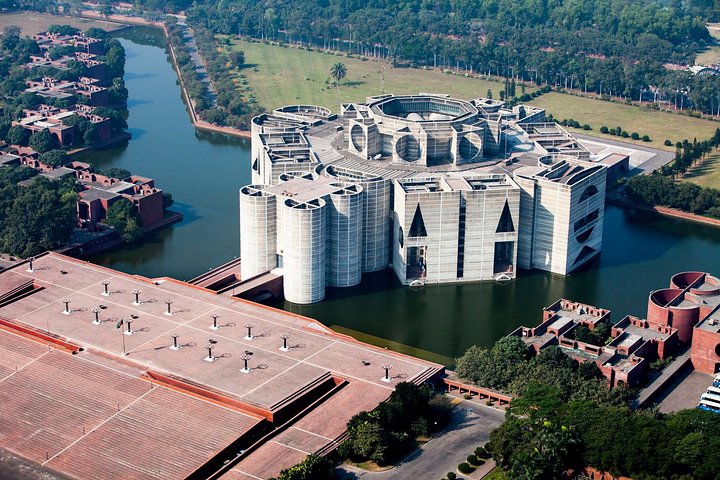 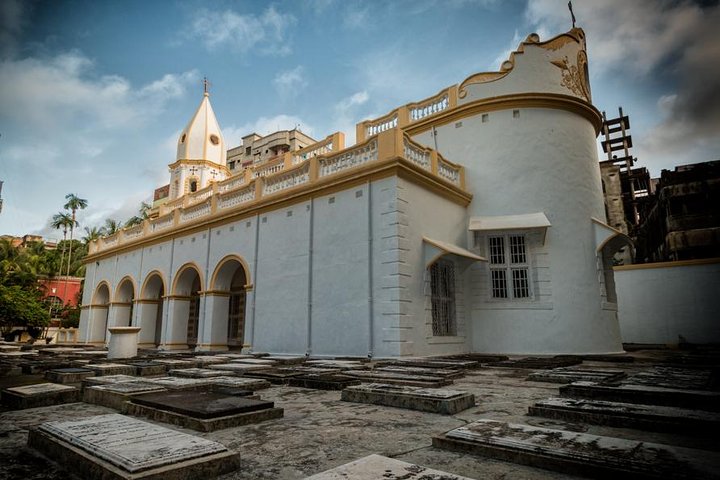 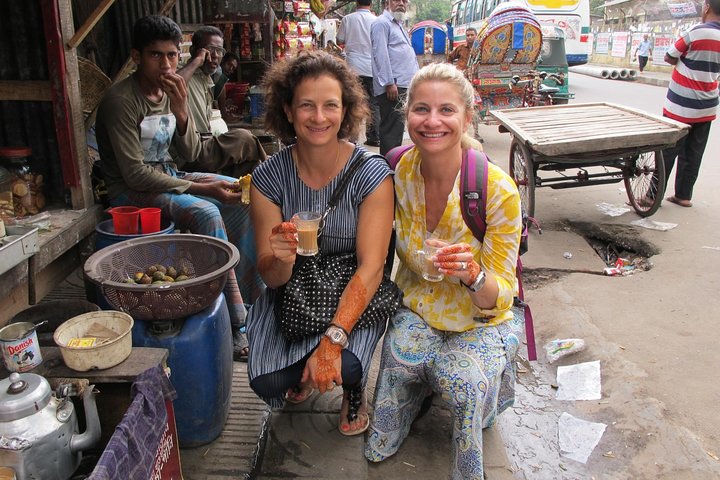 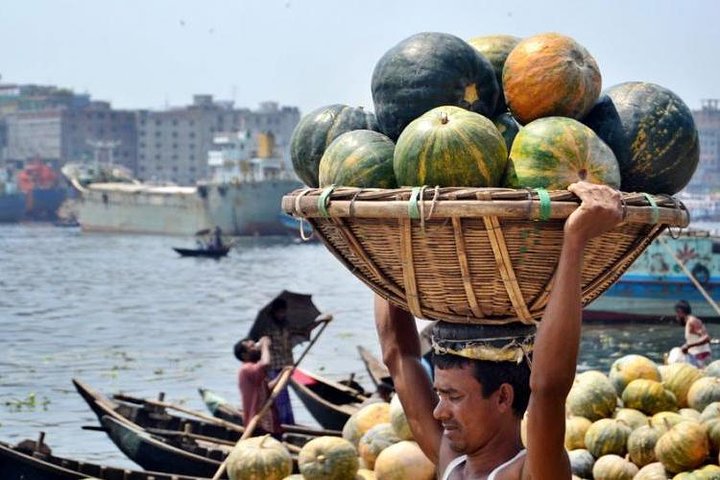 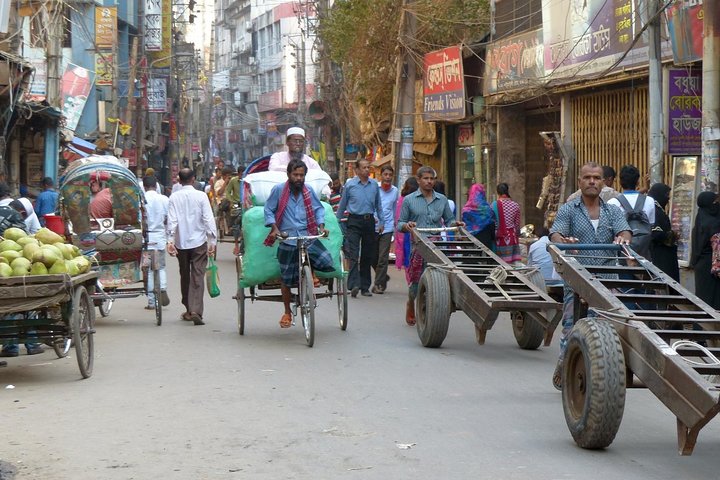 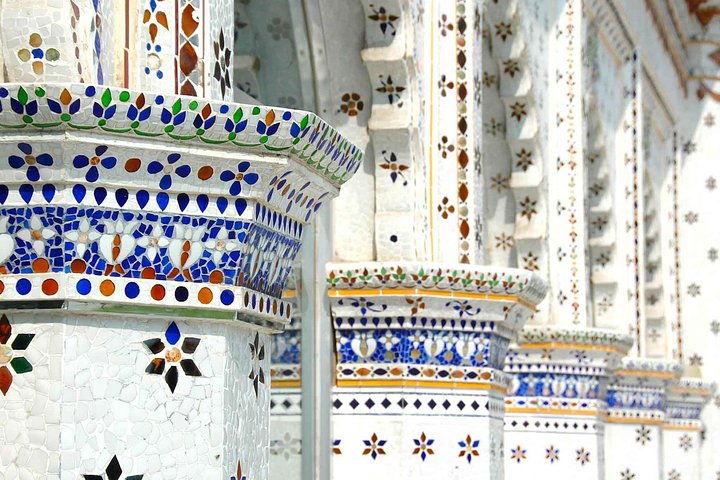 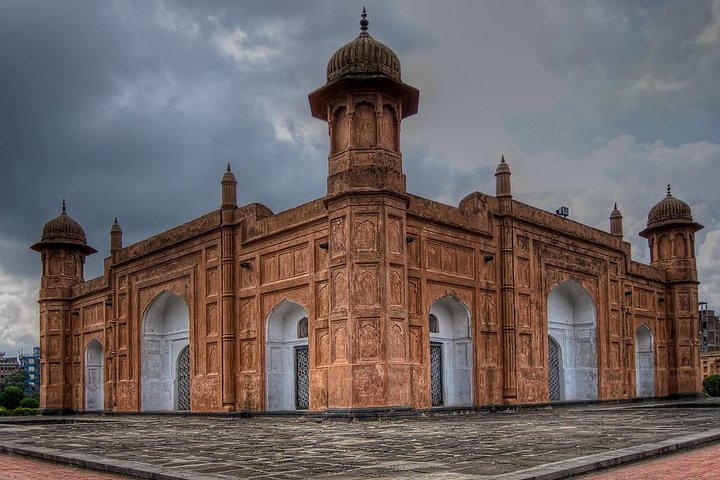 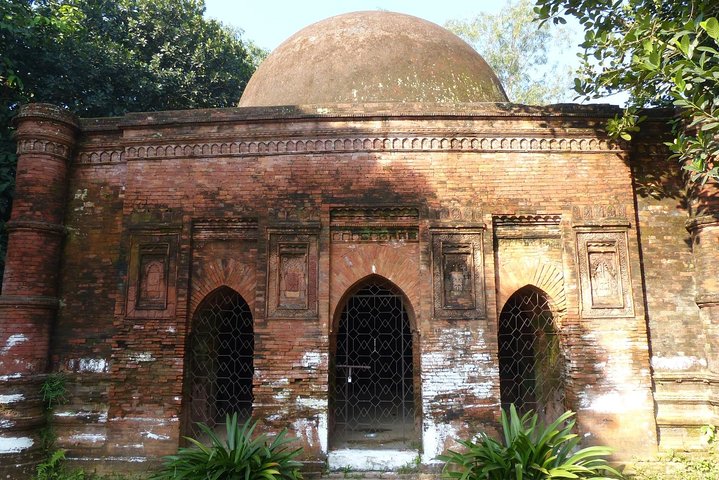 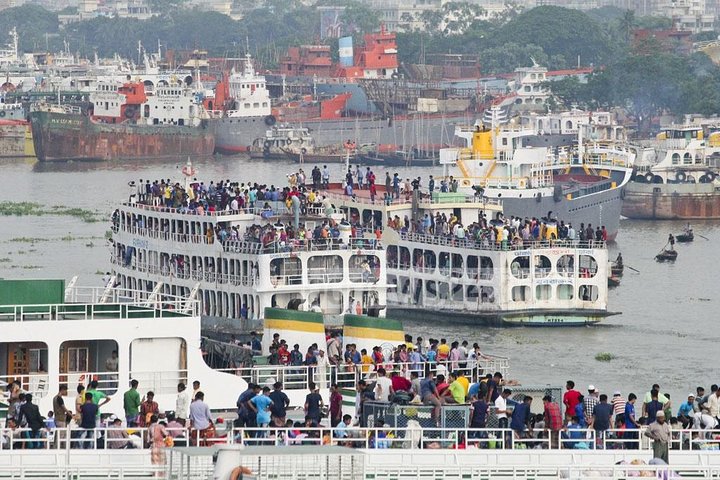 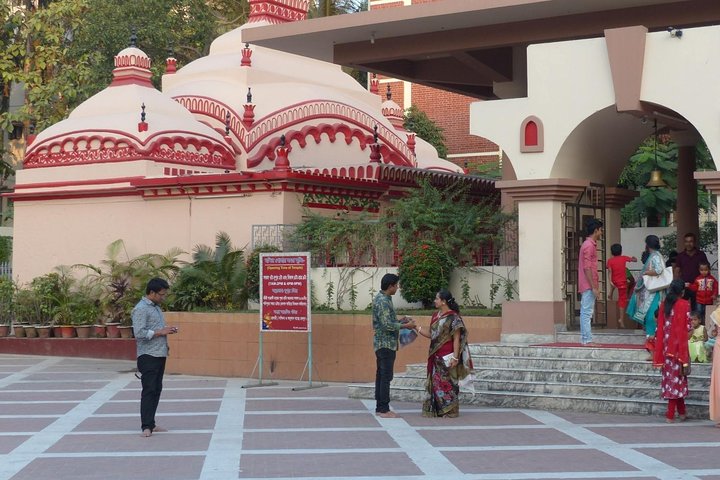 On this tour, you will experience a Full-day sightseeing tour of historical & cultural city Dhaka and one full-day tour to the historic ancient capital Sonargaon.

Stop At: National Parliament House, Sher-e-Bangla Nagar, Dhaka City Bangladesh
Bangladesh National Parliament: Great architecture of Louis Kahn in Dhaka, one of the must-sees of Bangladesh, visit this outstanding Architectural work from outside, this is an architectural masterpiece and a real accomplishment for the country. It was designed by world renowned American architect and Yale University Professor Louis I. Kahn. Originally commissioned by the Pakistanis when Bangladesh was known as East Pakistan after Partition of the Indian Sub-Continent, was meant to serve as the second seat of the national parliament. Construction of Bangladesh National Parliament started in 1964 but halted due to the Bangladeshi War of independence, and finally completed in 1982.
Duration: 25 minutes

Stop At: Bangladesh National Museum, Shahbag, Dhaka City 1000 Bangladesh
The Museum was established in 1913 is a four storied building with forty galleries under its 4 departments of natural history, History and Classical Art, Ethnography and decorative art and Contemporary art and World civilization. Note: Thursday is off-day.
Duration: 45 minutes

Stop At: Lalbag Fort, Lalbagh Rd, Dhaka City 1211 Bangladesh
No trip to Dhaka city is fulfilled without a trip to the Lalbagh Fort or also known as the fort of Auranagabad which was built in 1678 AD during Mughal Emperor Aurangzeb. The beautiful fort represents the dream of the Mughal Prince which stayed unfinished. So the whole fort has a sense of history and mystery entwined in the very bricks of the foundation. Note: Sunday is Off-day.
Duration: 45 minutes

Stop At: Khan Mohammad Mridha Mosque, Lalbagh Rd, Dhaka City Bangladesh
Khan Mohammad Mridha Mosque from Mughal Dynasty 1704 CE is located at Old Dhaka, some 500m west of Lalbagh Fort. The facade of the mosque is decorated with paneling and ornamental merlons along the parapet. The entrances to the prayer hall are framed by multi-cusped arches and engaged columns on either side. The interior is divided into three bays by two lateral arches. Each bay contains a mihrab that is marked by multi-cusped arch within a rectangular panel. To get a good view of this walled mosque, you have to enter the main gate off the main road. People of any religion are welcome inside. Tips for visiting Mosque: Do not go to visit Mosque during prayer times. For ladies, covering the head is necessary to enter the mosque. Also need to wear modest cloths. Entering the mosque wearing shorts will not be possible for both gender.
Duration: 15 minutes

Stop At: Dhakeshwari Temple, Dhakeshwari Road Bakshi Bazar, Dhaka City Bangladesh
Dhakeshwari Temple is the National Hindu Temple. It is state-owned, giving it the distinction of being Bangladesh’s ‘National Temple’. The name “Dhakeshwari” means “Goddess of Dhaka”. The Temple has assumed status as the most important Hindu place of worship in Bangladesh. The Dhakeshwari temple was built in the Medieval era during Sena Dynasty, (12th century CE) by King Ballal Sen, and many say the city was named after this temple. The current architectural style of the temple cannot be dated to that period because of the numerous repairs have taken place over time. It is considered an essential part of Dhaka’s cultural heritage. Many researchers said that the temple is also one of the Shakti Peethas, where the jewel from the crown of the Goddess Satihad fallen. Since ages, the temple has been held in great importance.
Duration: 25 minutes

Stop At: Star Mosque (Tara Masjid), Abul Khairat Rd Armanitola, Old dhaka, Dhaka City Bangladesh
One of the most beautiful Mosque from Mughal dynasty. an exquisite white marble structure superbly decorated with engraved floral and star patterns will surely capture your attention. Even the local residents of the area often stop for a while to have a look and be amazed with its perpetual beauty. Unlike other Mughal architectures, there is no inscription found in the mosque mentioning its founding year. However, according to the trustees of the mosque, it was built in the year 1711. Tips for visiting Mosque: Do not go to visit Mosque during prayer times. For ladies, covering the head is necessary to enter the mosque. Also need to wear modest cloths. Entering the mosque wearing shorts will not be possible for both men and women.
Duration: 20 minutes

Stop At: Armenian Church of the Holy Resurrection, Armanitola Rd, Dhaka City Bangladesh
The Armenian Church is an abandoned beautiful colonial church and a historically significant architectural monument situated in the Armanitola area of old Dhaka, Bangladesh. The church bears testimony to the existence of a significant Armenian community in the region in the 17th and 18th centuries.
Duration: 30 minutes

Stop At: Ahsan Manzil, Old City Old Dhaka, Dhaka City Bangladesh
Known as the Pink Palace, Ahsan Manzil is located within the midst of antique metropolis, simply beside the bank of the River Buriganga. The amazing structure was the primary factor that attracts traveler to the palace; its rich history is what kept travelers intrigued. It reflects the lavish way of life of the Nawab dynasty, and portrays the economical instances it experienced in its in advance lifestyles as a trading house for the French traders. later on, it became the house of Khwaja Abdullah after the English-French struggle in the 18th century. New additions to the antique constructing and renovations has made this stunning monument into ever popular pink palace it is today.
Duration: 45 minutes

Stop At: Sadarghat, Buriganga Riverfront, Dhaka City Bangladesh
Sadarghat Central River Port, located in the southern part of Dhaka, on the river Buriganga, is one of the most dynamic places in Dhaka. Here, the Sadarghat Launch Terminal is one of the largest river ports in the world. About 200 large and small passenger launches depart and arrive at the terminal every day. According to the officials at the terminal, 30,000 people, in average, use the terminal for departure and arrival every day. Visiting this place is a pandemonium, you may see what you can never experience in this world. The River Buriganga, though smelly and muddy, is the lifeblood of Old Dhaka. It’s fascinating to watch the large river ferries, overladen with people and local produce, and the loading and unloading activities to ramshackle warehouses on the riverfront. Triple-decked ferries are docked along the side of the jetty while small wooden boats pile their trade in between. The shrill of sirens sound like an air raid as boats depart and arrive from the countryside.
Duration: 1 hour

Stop At: Hazrat Shahjalal International Airport, Airport - Dakshinkhan Rd, Dhaka 1229, Bangladesh
You will have your Airport Drop off.
Duration: 30 minutes

Informacion Adicional
"Confirmation will be received at time of booking"
"A current valid passport is required on the day of travel"
"Infants must sit on laps"
"Infant seats available"
"No heart problems or other serious medical conditions"
"Not recommended for pregnant travelers"
"Near public transportation"
"Not wheelchair accessible"
"Most travelers can participate"
"This experience requires good weather. If it’s canceled due to poor weather, you’ll be offered a different date or a full refund"
"This is a private tour/activity. Only your group will participate"