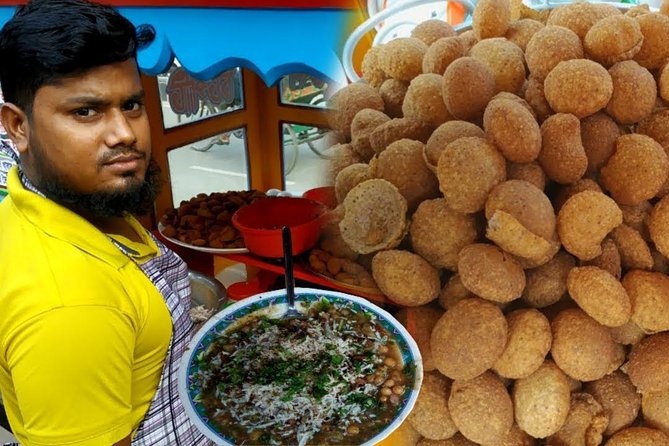 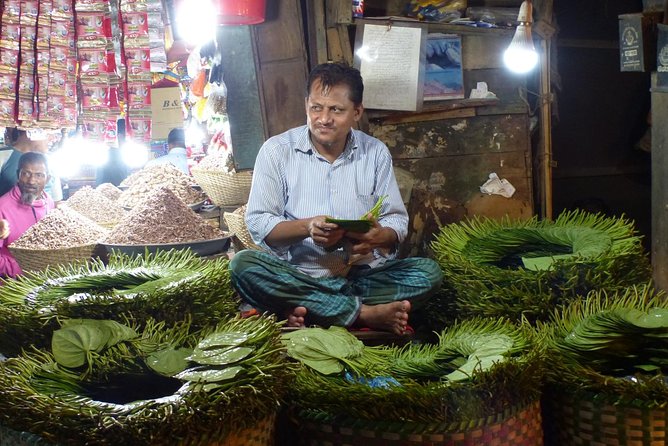 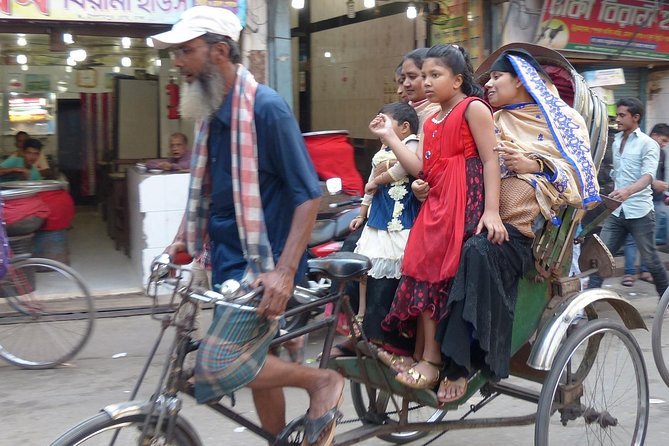 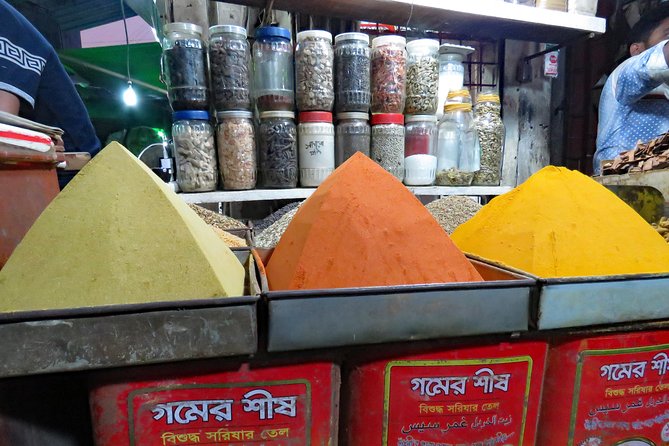 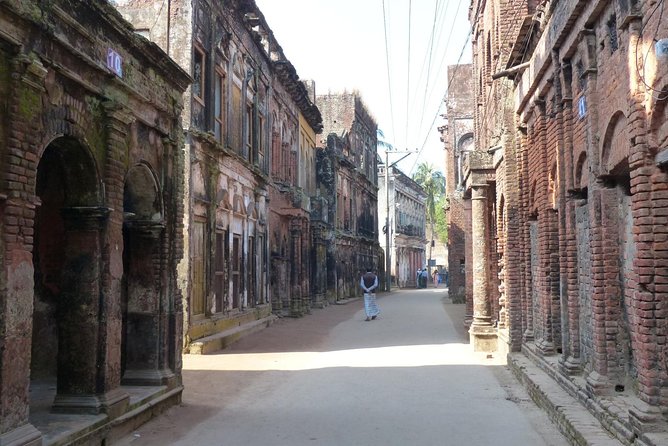 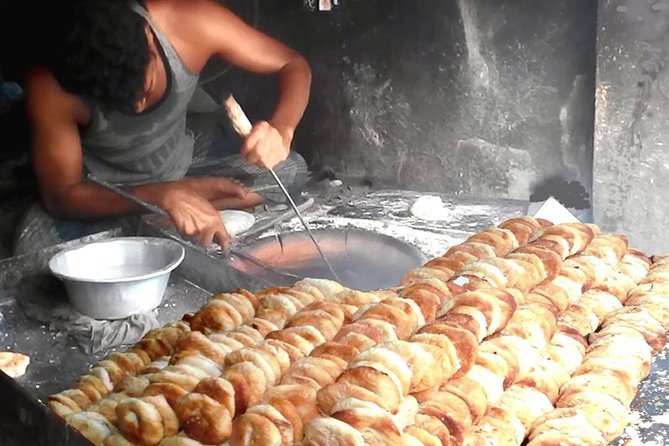 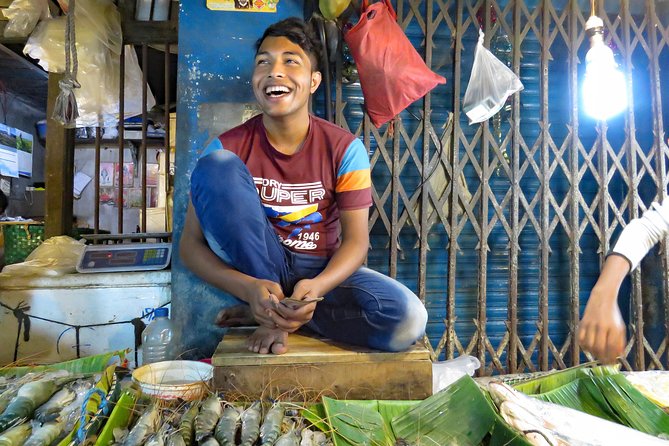 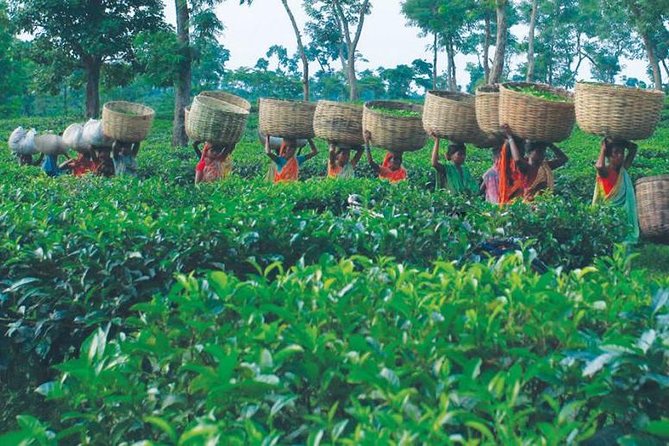 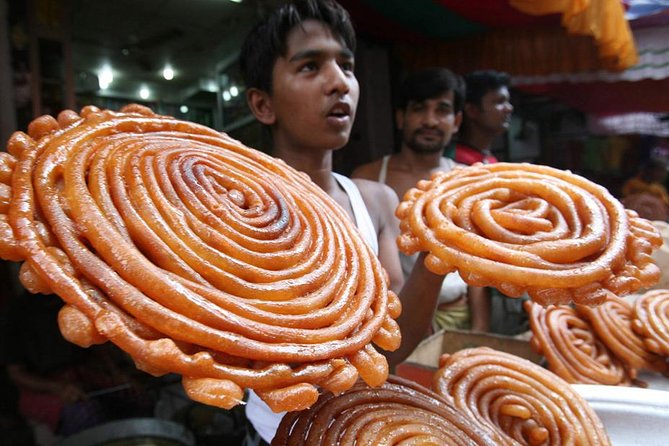 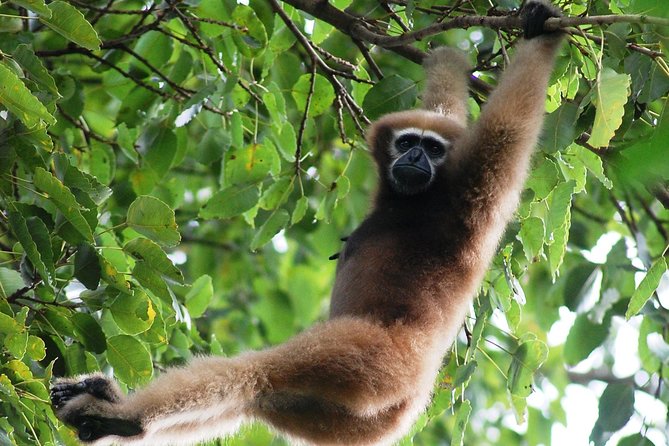 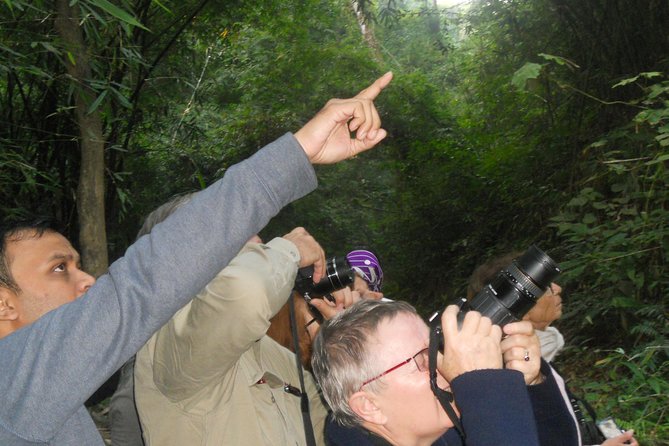 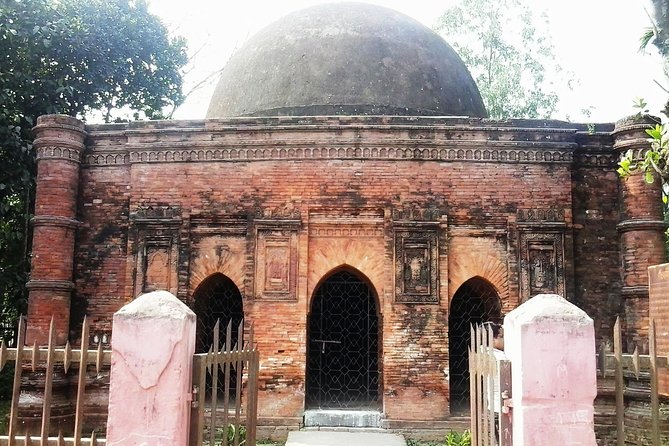 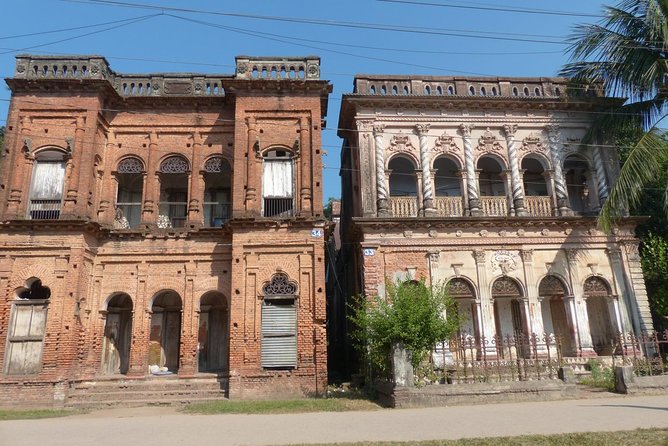 Visit Nature, Culture and Heritage of Bangladesh.
Our knowledgeable and friendly guides work behind the scenes which is different from others. A trip with us will broaden your horizons and deepen your
understanding of Bangladeshi tradition and culture.

Stop At: Dhakeshwari Temple, Dhakeshwari Road Bakshi Bazar, Dhaka City Bangladesh
Dhakeshwari Temple is the National Hindu Temple. It is state-owned, giving it the distinction of being Bangladesh’s ‘National Temple’. The name “Dhakeshwari” means “Goddess of Dhaka”. The Temple has assumed status as the most important Hindu place of worship in Bangladesh.
The Dhakeshwari temple was built in the Medieval era during Sena Dynasty, (12th century CE) by King Ballal Sen, and many say the city was named after this temple. The current architectural style of the temple cannot be dated to that period because of the numerous repairs have taken place over time. It is considered an essential part of Dhaka’s cultural heritage. Many researchers said that the temple is also one of the Shakti Peethas, where the jewel from the crown of the Goddess Satihad fallen. Since ages, the temple has been held in great importance.
Duration: 30 minutes

Stop At: Lalbag Fort, Lalbagh Rd, Dhaka City 1211 Bangladesh
No trip to Dhaka city is fulfilled without a trip to the Lalbagh Fort or also known as the fort of Auranagabad which was built in 1678 AD during Mughal Emperor Aurangzeb. The beautiful fort represents the dream of the Mughal Prince which stayed unfinished. So the whole fort has a sense of history and mystery entwined in the very bricks of the foundation. Note: Sunday Closed.
Duration: 45 minutes

Stop At: Star Mosque (Tara Masjid), Abul Khairat Rd Armanitola, Old dhaka, Dhaka City Bangladesh
One of the most beautiful Mosque from Mughal dynasty. an exquisite white marble structure superbly decorated with engraved floral and star patterns will surely capture your attention. Even the local residents of the area often stop for a while to have a look and be amazed with its perpetual beauty. Unlike other Mughal architectures, there is no inscription found in the mosque mentioning its founding year. However, according to the trustees of the mosque, it was built in the year 1711.
Duration: 25 minutes

Stop At: Armenian Church of the Holy Resurrection, Armanitola Rd, Dhaka City Bangladesh
Armenian Church / Armenian community in Dhaka
In 17th and 18th century, there was a strong presence of Armenians in Dhaka. When Persians conquered Eastern Armenia, Shah Abbas (king) deported about 40,000 Armenian traders to Isfahan and New Julfa. From there, they arrived at Bengal following the footsteps of the Persians. They establish their own trading community there, which was recognized by the Mughal govt. since late 17th century. They used to trade textile, jute, and lather. Their colony in Dhaka is still known as Armanitola. Armenian Church in Dhaka bears testimony to the existence of a significant Armenian community in the region. Now the church is completely abandoned.
Duration: 30 minutes

Stop At: Shakhari Bazar Puratan Jame Masjid, শাখারী বাজারের রাস্তা, Mirkadim, Bangladesh
Shakhari Bazaar; the residential and commercial area of mostly Hindu and Artisan Community, the present area is over 400 year old center of Dhaka’s Hindu community, this colorful and vibrant area is a slice of the commercial life of Old Dhaka, and reveals the artisan traditions of the Hindu community in Bangladesh. Note: You will walk through small narrow streets in a buzzing populated environment.
Duration: 40 minutes

Stop At: Ahsan Manzil, Old City Old Dhaka, Dhaka City Bangladesh
Known as the Pink Palace, Ahsan Manzil is located within the midst of antique metropolis, simply beside the bank of the River Buriganga. The amazing structure was the primary factor that attracts traveler to the palace; its rich history is what kept travelers intrigued. It reflects the lavish way of life of the Nawab dynasty.
Duration: 50 minutes

Stop At: Sadarghat, Buriganga Riverfront, Dhaka City Bangladesh
Sadarghat Central River Port, located in the southern part of Dhaka, on the river Buriganga, is one of the most vibrant and dynamic places in Dhaka. Here, the Sadarghat Launch Terminal is one of the largest river ports in the world. You'll have a small rowboat ride on the busiest river Buringa in the evening, Sadarghat central river terminal for a massive transit to the south-western part of the country. Board the century old Paddle steamer Rocket. Enjoy your cruise night on the next 4 biggest rivers. Overnight stay on board. Note: Reserved Sleeping Cabin with a common washroom facilities.
Duration: 1 hour

Stop At: Sonargaon, 29 km from Dhaka, Dhaka City Bangladesh
Sonargaon was the old capital of Bengal in the medieval period. It was an important administrative and commercial center of Bengal, and a rich maritime center. Sonargaon was the seat of the medieval Muslim rulers and governors of eastern Bengal. Different rulers from 13th century used Sonargaon as their capital. In different time, Sonargaon was the place to become the stair to the throne of Bengal for many different rulers. Sonargaon was used as a mint capital beside Gauda in medieval period. It was abandoned as capital of Bengal in 1610 by the Mughal rulers when they shifted the capital of Bengal to Jahangirnagar, which was later named Dhaka. Now a days, very few trace of the old capital is remaining in Sonargaon. Seeing the quiet little village, no one can even imagine how glorious this place once was on it’s prime time. You will visit Sonargaon most vital Area including Goaldi Mosque from 15th Century CE, the quite abandoned city Panam Nagar, Sonargaon Baro Sardar Bari and it's surroundings and Bangladesh Folk and Craft Museum. An approximate 4/5 hours required for a return trip from Dhaka.
Duration: 4 hours

Stop At: Panam Nagar, Sonargaon Rd, Sonargaon Bangladesh
Panam Nagar is an abandoned city of the Hindu merchants, It is the most attractive tourist spot in Sonargaon.
Duration: 45 minutes

Stop At: Sonargaon Folk Art and Craft Museum Sonargaon Road, Sonargaon Bangladesh
Folk-Arts and Crafts Museum is the most popular tourist spot in Sonargaon. Artifacts related to the heritage of Bengal from 17th century onward is being displayed on this museum. You can see here things people used to use on their everyday life which the city based new generation are unaware of. Daily-life tools, ornaments, furniture, treasure box, arms, musical instruments, boats, decoration peaces, and many other things related to the heritage of Bengal are the main attraction of this museum.
Duration: 40 minutes

Stop At: National Parliament House, Sher-e-Bangla Nagar, Dhaka City Bangladesh
Bangladesh National Parliament is one of the must-sees of Bangladesh, an architectural masterpiece and a real accomplishment for the country. It was designed by world renowned American architect and Yale University Professor Louis I. Kahn. Originally commissioned by the Pakistanis when Bangladesh was known as East Pakistan after Partition of the Indian Sub-Continent, was meant to serve as the second seat of the national parliament. Construction of Bangladesh National Parliament started in 1964 but halted due to the Bangladeshi War of independence, and finally completed in 1982. You'll visit the exterior part of the monument.
Duration: 30 minutes

Meals included:
• Breakfast
Accommodation included: Overnight at Hotel Grand Prince. This hotel has a easy communication to Rail station for your next morning departure.

Stop At: Bhanugach Bazar, Sreemangal - Vanugach Rd, Kamalganj, Bangladesh
Srimangal, the tea capital of Bangladesh. Upon arrival at Srimangal station afternoon your guide will make your transfer to a small clean hotel just a km from beautiful tea estates. After refreshment you will have walking tour to the nearest tea gardens and to the town centre to see the local life and bazaars. Enjoy a traditional dinner in a local restaurant. Back to your hotel. Overnight stay.
Duration: 4 hours

Stop At: Lawachara National Park, Kamalganj Upazila, Sreemangal 3220 Bangladesh
This day you'll have a full-day guided tour with full of activities. trek through Lawachara tropical Rain forest in search of wildlife, birds and rare animals and trees, especially the Hulluck Gibbons and spectacle leaf Monkeys or the rare Dusky leaf monkeys and the famous Khasi tribal village, visit numerous tea gardens, Hike through Moonipuri tribal villages, rubber gardens, lemon gardens, and pineapple gardens; taste the famous 7 layer tea. You may love to do Cycling through beautiful narrow streets in and around villages and the small township as an optional.
Duration: 10 hours

Stop At: Railway Field, Sreemangal - Bhanugach Rd, Sreemangal, Bangladesh
Morning free time and then your guide will make your transfer to Rail station for your departure to Dhaka. Reach Dhaka late in the afternoon and transfer to Hotel. Enjoy your farewell dinner in a local restaurant. Overnight stay. Next morning you will have your Airport Drop-off. The tour end.
Duration: 5 hours

Informacion Adicional
"Confirmation will be received at time of booking"
"A current valid passport is required on the day of travel"
"Infants must sit on laps"
"Not recommended for travelers with back problems"
"No heart problems or other serious medical conditions"
"Not recommended for pregnant travelers"
"Near public transportation"
"Not wheelchair accessible"
"Most travelers can participate"
"This experience requires good weather. If it’s canceled due to poor weather, you’ll be offered a different date or a full refund"
"This is a private tour/activity. Only your group will participate"