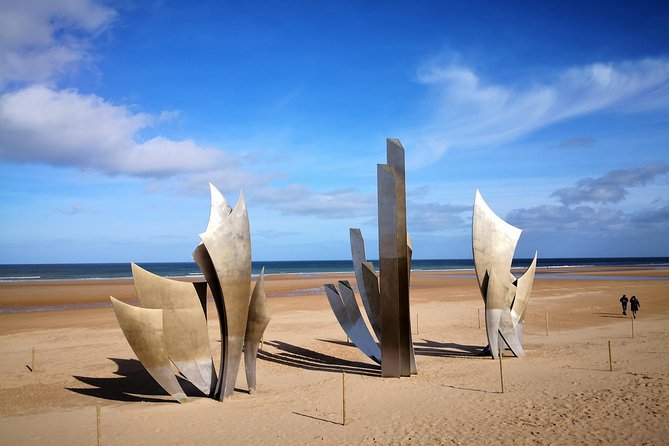 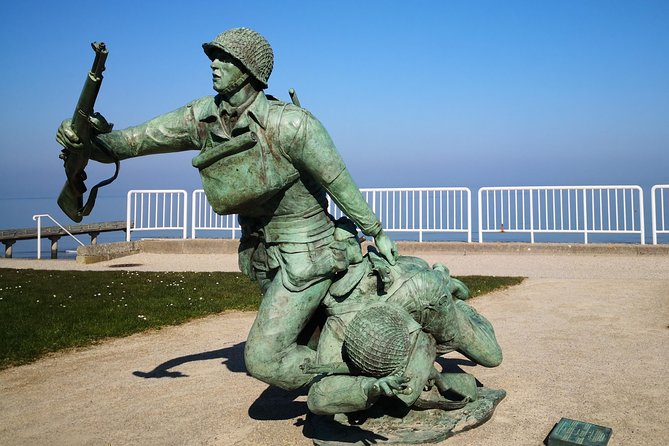 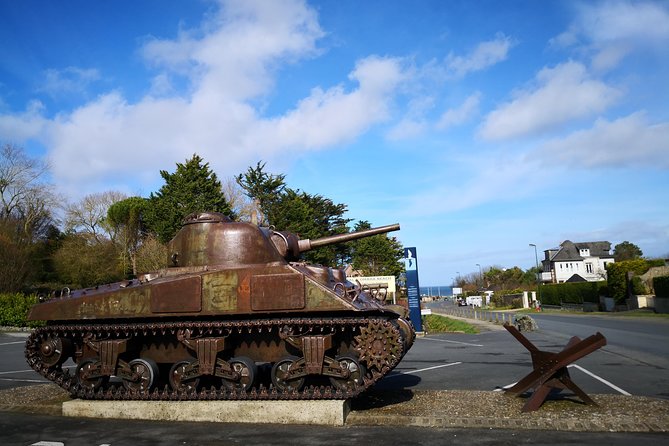 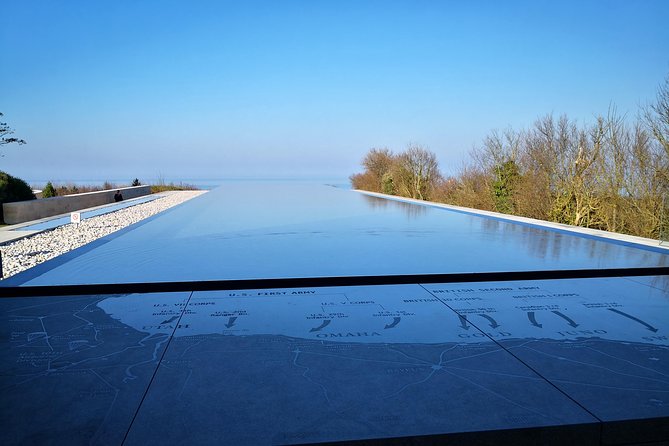 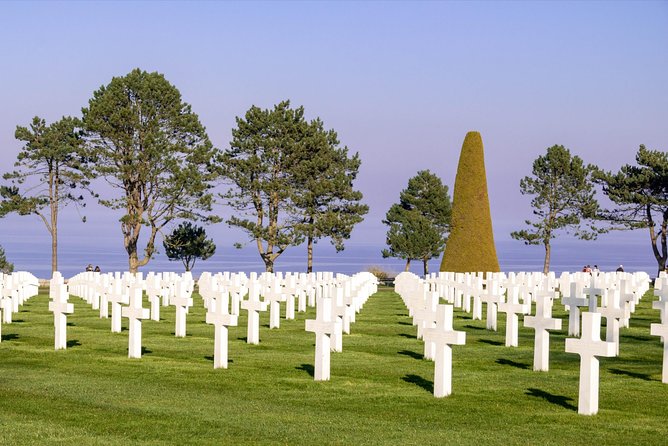 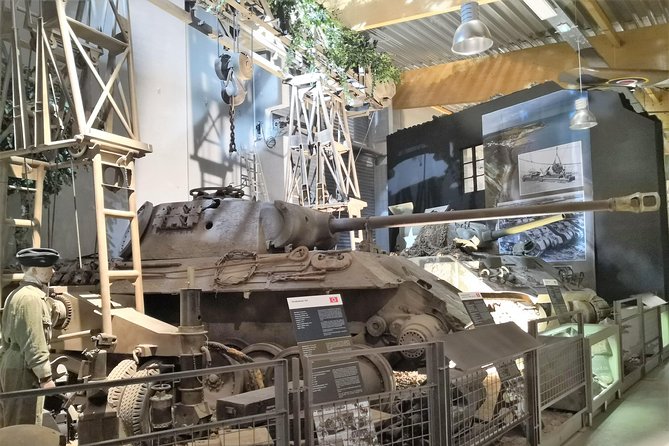 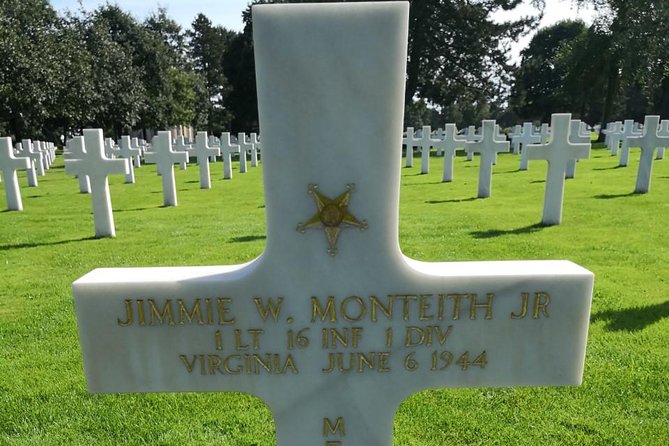 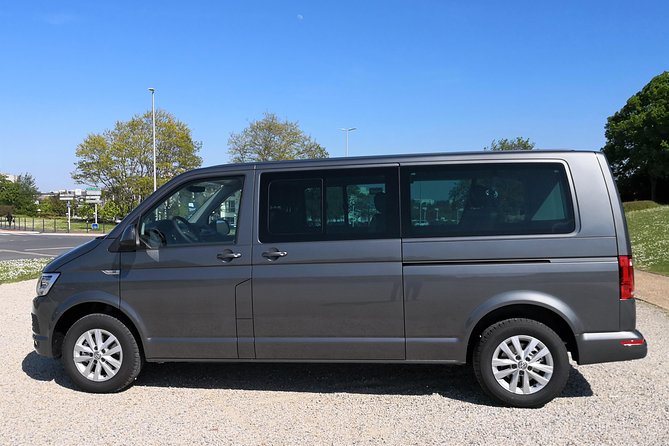 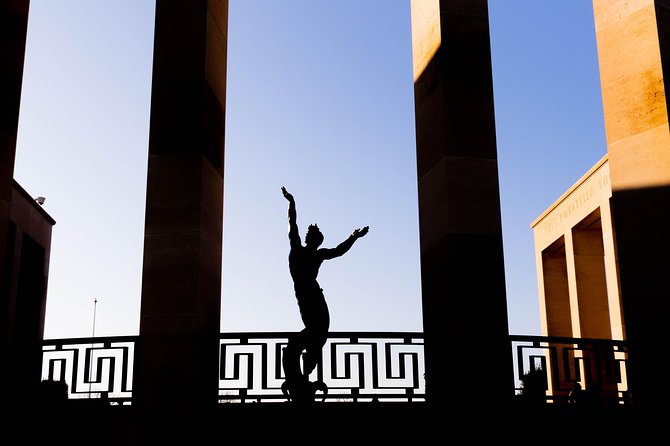 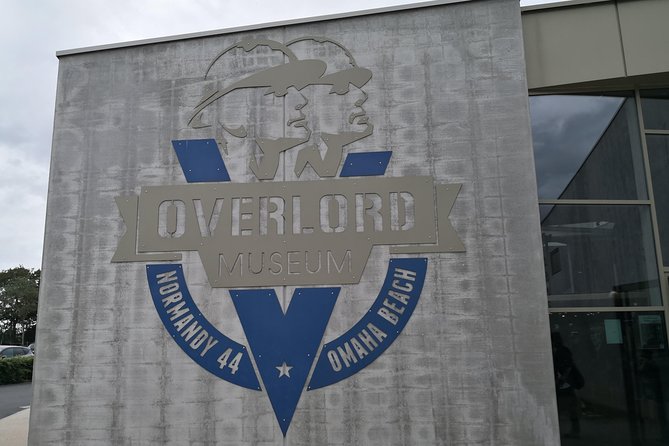 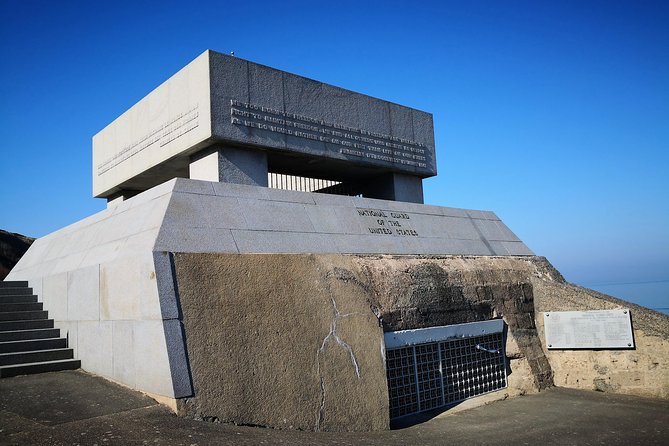 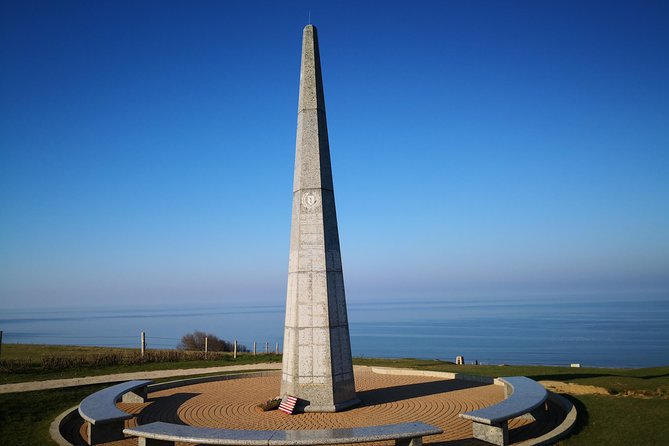 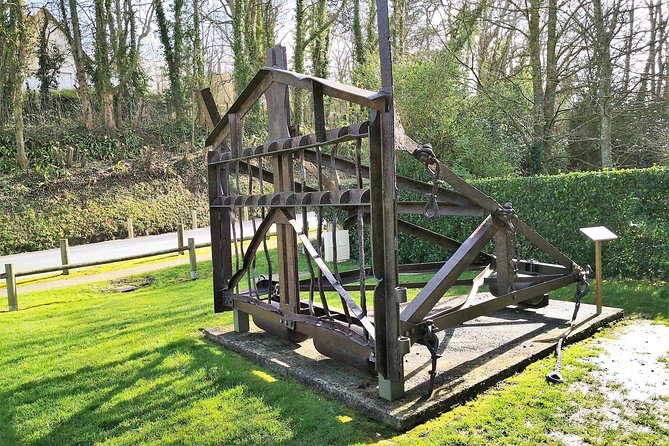 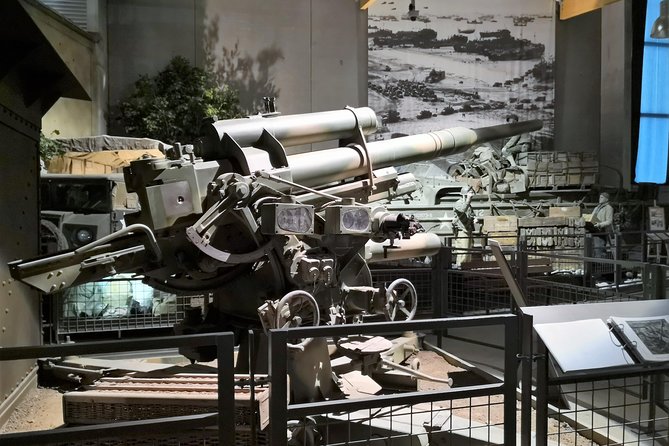 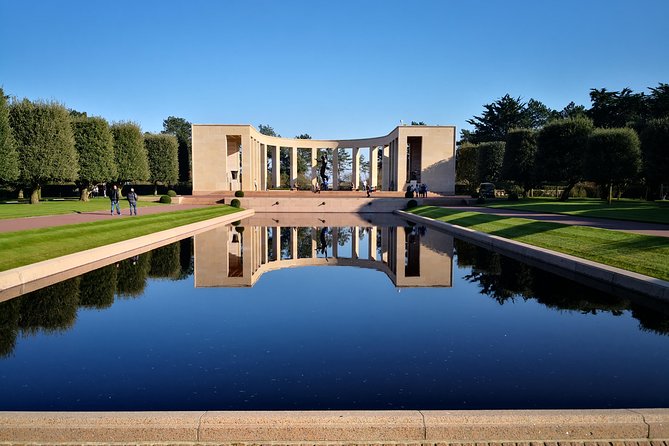 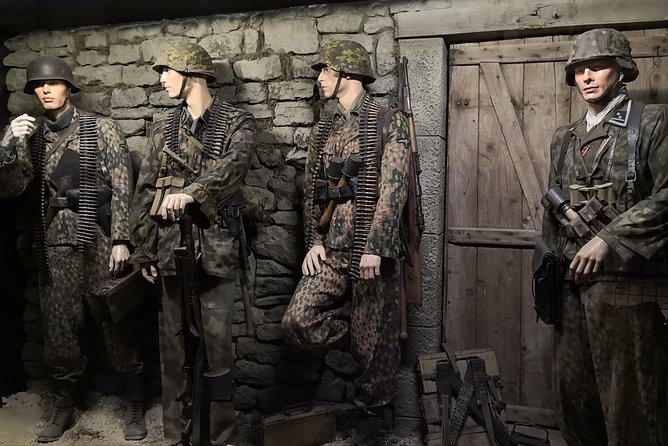 Get enough time to visit without being rush both the American Cemetery and the US Visitor Centre, Omaha Beach

The monument of the 1st US Infantry Division (Red Sector / Easy) in the form of a commemoration-obelisk.

The obelisk stands in the middle of the area of Wiederstandsnest (WN62). WN62 was one of the strongest defending positions in that area.

Located at ashort distance of the famous « Omaha Beach », on the D514 facing the roudabout that provides access to the American Cemetery at Colleville-sur-mer. Overlord Museum chronicles the period of the Allied landing until the liberation of Paris. The collection was collected by someone who was both a witness to the conflict and involved in the reconstruction of Normandy. Personal items from individual soldiers and armoured fighting vehicles from the six armies in Normandy will be presented as a series of reconstructions showing over 35 vehicles, tanks and guns.

The guide is now taking you to visit the beatiful maintained American Cemetery in Colleville sur Mer which overlooks Omaha Beach nearby. The 180 acre site contains 9,387 perfectly aligned white crosses and a memorial chapel which adds the finishing touches to this moving scene, allowing visitors to reflect on the price of war.

On the Walls of the Missing, in a semicircular garden on the east side of the memorial, are inscribed 1,557 names. Rosettes mark the names of those since recovered and identified.

The memorial consists of a semicircular colonnade with a loggia at each end containing large maps and narratives of the military operations; at the center is the bronze statue, “Spirit of American Youth Rising from the Waves.” An orientation table overlooking the beach depicts the landings in Normandy. Facing west at the memorial, one sees in the foreground the reflecting pool; beyond is the burial area with a circular chapel and, at the far end, granite statues representing the United States and France.

Informacion Adicional
"Confirmation will be received at time of booking"
"Not wheelchair accessible"
"Near public transportation"
"Not recommended for pregnant travelers"
"No heart problems or other serious medical conditions"
"Most travelers can participate"
"This experience requires good weather. If it’s canceled due to poor weather, you’ll be offered a different date or a full refund"
"This experience requires a minimum number of travelers. If it’s canceled because the minimum isn’t met, you’ll be offered a different date/experience or a full refund"
"This is a private tour/activity. Only your group will participate"

Hora de Inicio: 6:30 AM
Duración: 13 To 14 Hours
Lugar de comienzo: Traveler pickup is offered
Pick up and Drop off clients to Hotels in Central Paris.