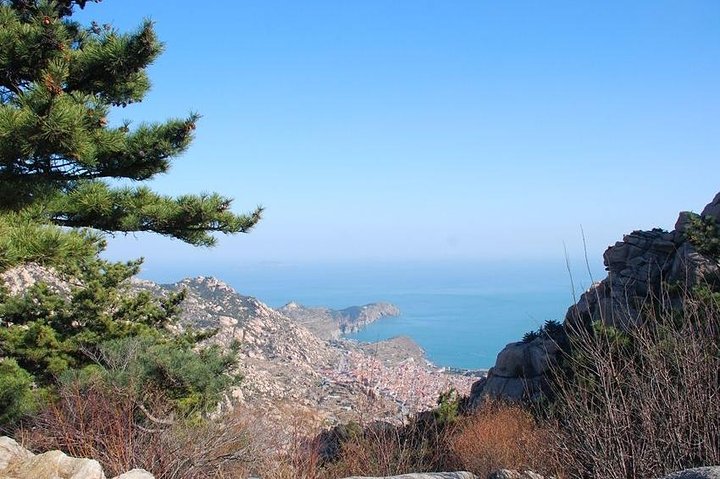 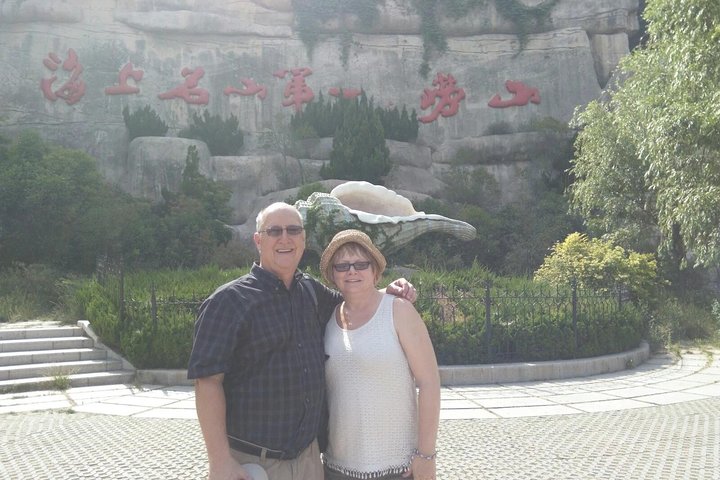 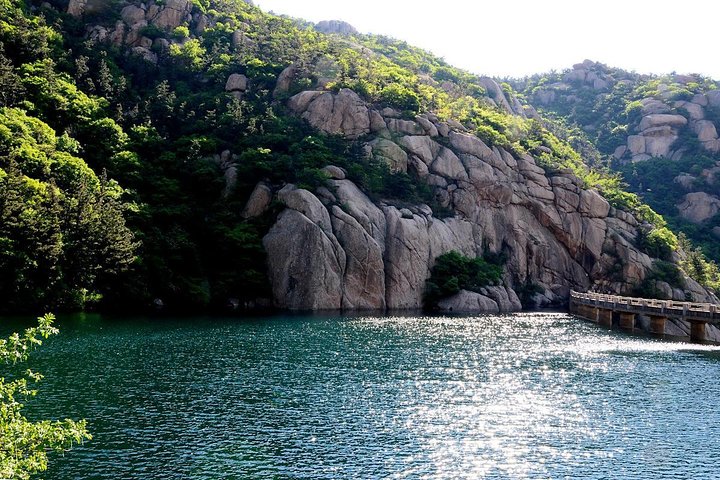 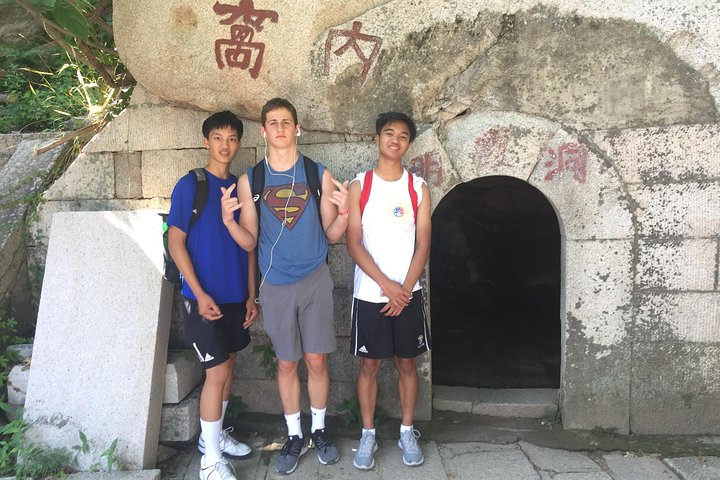 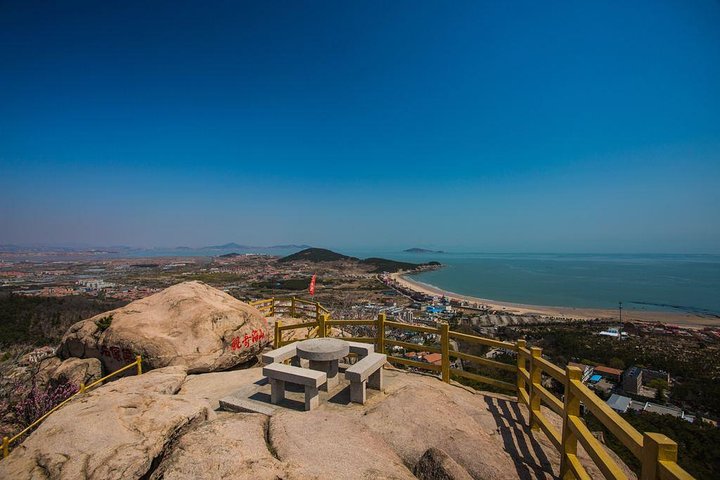 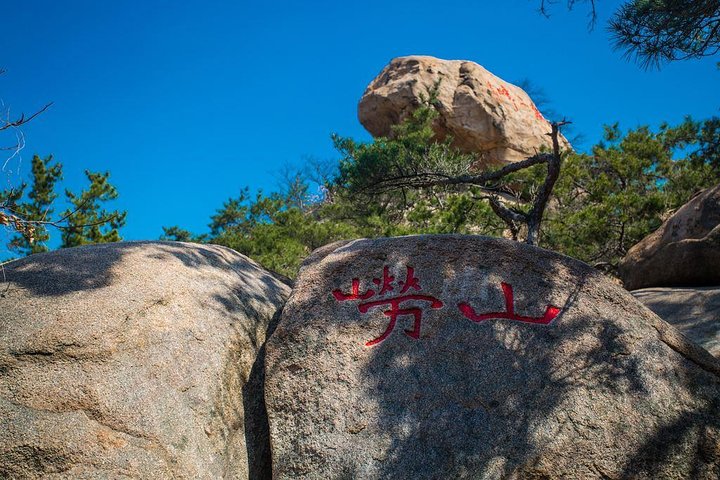 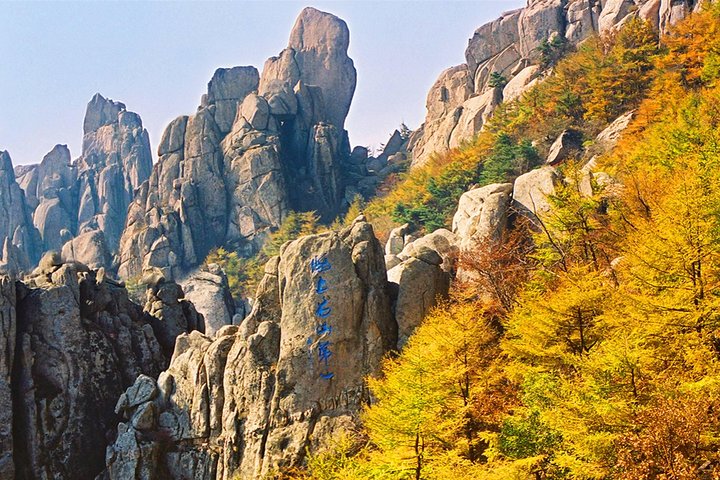 Today you will Visit Mountain Laoshan, Taiqing palace the Daosim temple ,and enjoy the beautiful waterfall in the Mountain for a half day tour.

Mount Lao is nearly as famous as the province's other famous mountain, Mount Tai. It is known as one of the birthplaces of Taoism, a place of pilgrimage for centuries. Mount Lao once had 9 palaces, 8 temples, and 72 convents. Many of these places have been lost over the years, but a number of the temples remaining are worth a look for their elegant architecture and their excellent views out to sea. With sheer cliffs and cascading waterfalls, the beautiful mountain is widely recognized in China as a source of the country's best-known mineral water (a vital ingredient in the local brew, Tsingtao).

At the peak of Taoism, there were nine palaces, eight Taoist temples, and 72 nunneries that housed nearly 1,000 Taoist priests and nuns on the mountain. At present, the Taiqing Palace is the largest and oldest among the preserved Taoist establishments. First built in the early Northern Song Dynasty (960-1127), the palace has a history of nearly 1,000 years and features a simple architectural style.

Dragon Waterfall other name jade Longtan, the water source comes from the elevation 500 meters days teas to go against with the northern fontanel between the mountain valley. The Jianshui River Chuanshan range, along the road has more collected dozens of mountain streams, gathers jet stream, gallops under, goes against in the platform in high approximately 30 meter cliffs, straight runs out outside several feet; The water circled in flight after the midair several is winding, can synthesize Daoist priest approximately 30 meters, the width approximately 5 meters waterfalls, is falling into under the cliff along 90 cliffs in the blue deep pool. That imposing manner, just like a vigorous jade dragon, summit of from the cliff, mounts the clouds and rides the mist, howls under, strikes in the deep pool the water splash four to splash. Under the waterfall under the long shape megalith the sharp first tone, sits under the platform is far may look into the distance from a high place all around the group peak, nearly may look up at "Longtan spurts the rain" the grand scenery.

Informacion Adicional
"Confirmation will be received at time of booking"
"Not wheelchair accessible"
"Stroller accessible"
"Service animals allowed"
"Near public transportation"
"Infants must sit on laps"
"No heart problems or other serious medical conditions"
"Travelers should have a moderate physical fitness level"
"This is a private tour/activity. Only your group will participate"

Duración: 6 Hours
Lugar de comienzo: Traveler pickup is offered
Today we will pick you up from your own booked hotel in the Qingdao city, and drop you to hotel after tour ends.