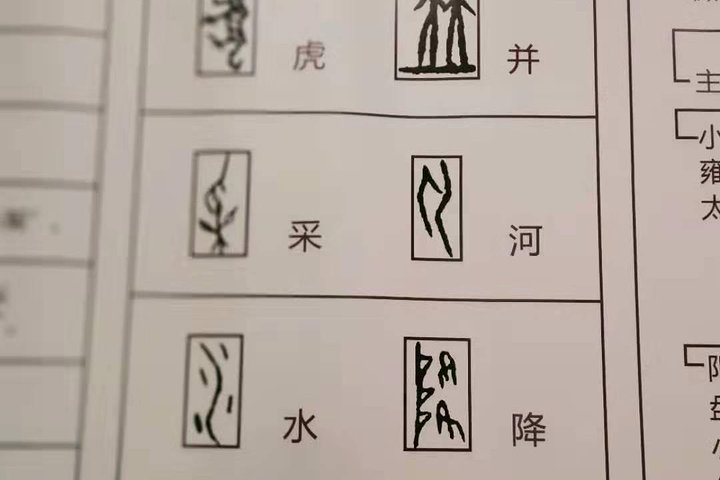 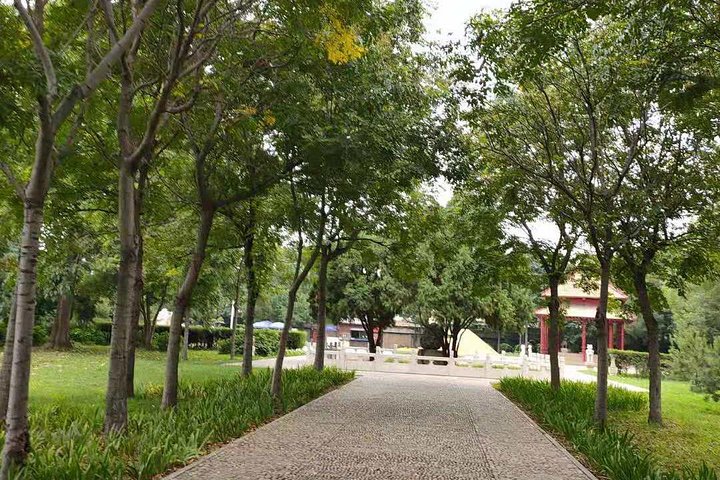 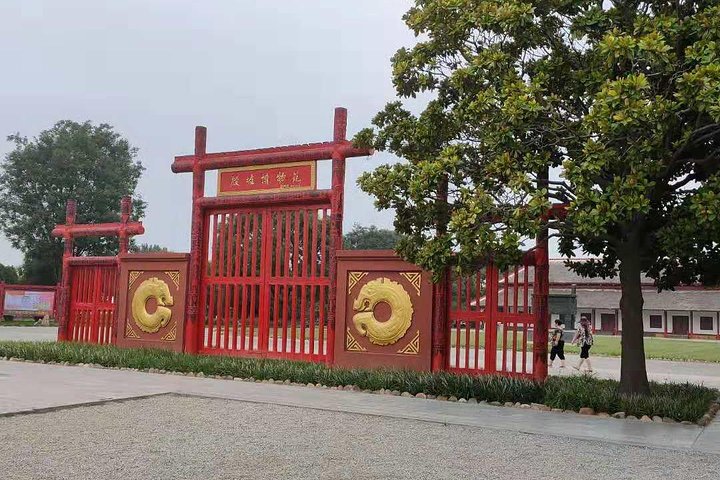 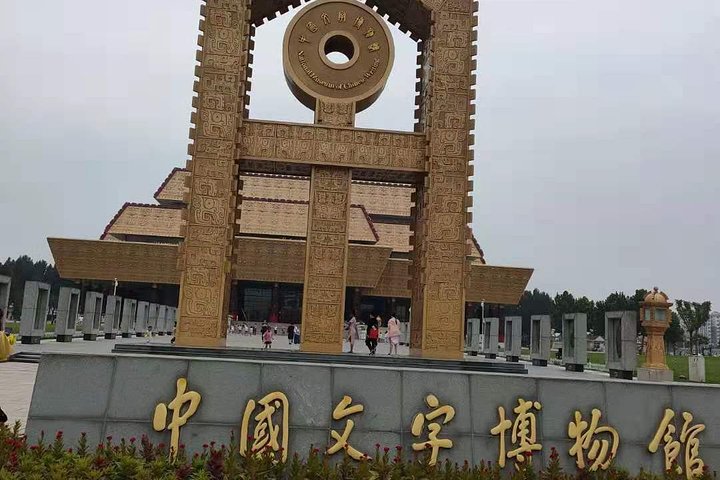 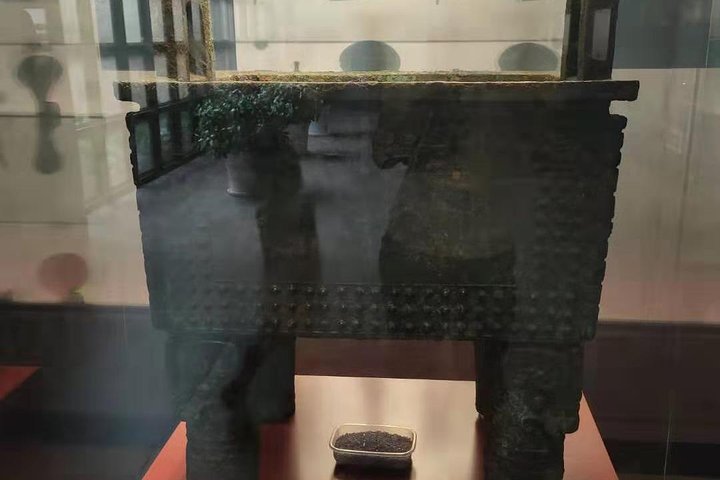 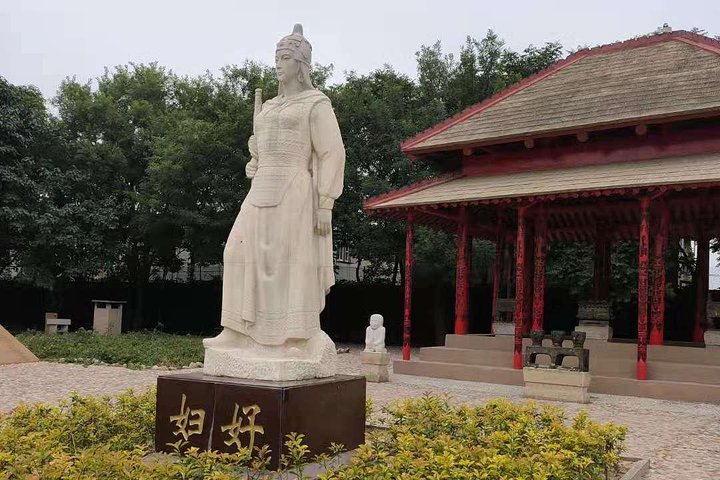 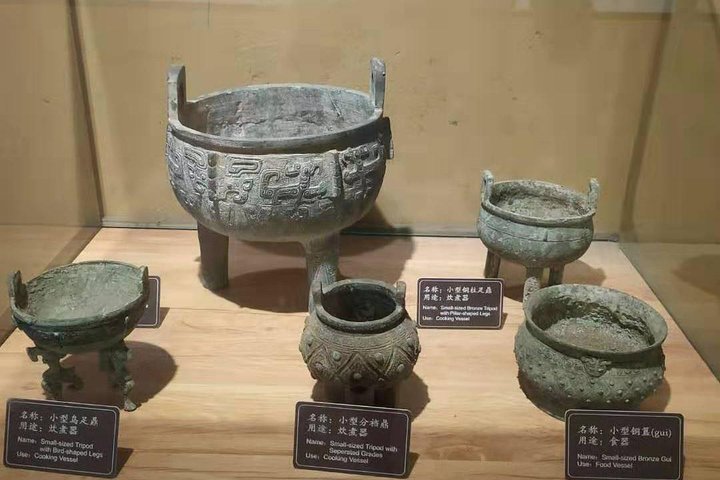 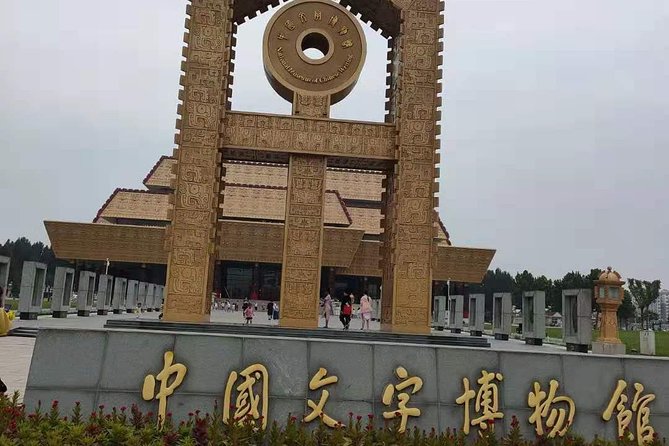 Today our Zhengzhou guide will pick you up from hotel lobby in Zhengzhou city.
If you want to know the Chinese Characters , Anyang Chinese Character Museum is a good place to know and Research the old words, here you may see the earliest Chinese words were appeared in the Tortoise shells and Animal bones, Inscriptions were usually carved on the oracle bones of Shang Dynasty,most of them were related with asking questions by divinations,so researchers called them as divinatory inscriptions.
Today you will see beautiful Bronze ware, chariot pit etc, read the brutal system when the emperor died and animals and people were buried with the dead in 3000 years ago.
Fuhao tomb is one of the most important archaeological discoveries in the Yin Ruins Palace ancestor temple area since 1928. Besides, this tomb is the only well-preserved imperial tomb of Shang Dynasty 3000 years ago.
Today you will know the Chinese history in Shang dynasty a lot, welcome to join the tour.
Wish you have good luck.

Today meet your guide in Anyang train station and guide will drop you to Character Museum, you will see the ancient Chinese Character appear in the Turtle shells and Animal Bones which will tell you the history of 3000 years old. The museum shows the legends of Cangjie's word-making, the germination of Chinese characters in the culture of the two river basins, oracle bone inscriptions of the Shang Dynasty, divination of the Shang King, gold inscriptions on bronzes, various characters evolving before and after the unification of characters, scripts, stone carvings, inscriptions of successive dynasties, until the emergence of modern Pinyin and various cultural relics related to the simplification of Chinese characters.
Yinxu (Ruins of Yin) is the ruins of the last capital of China’s Shang Dynasty (1600 BC - 1046 BC). The capital served 255 years for 12 kings. It shows the golden age of early Chinese culture, crafts and science, a time of great prosperity during the Chinese Bronze Age. Discovered in 1899, Yinxu is one of the oldest and largest archeological sites in China and is one of the historical capitals of China and is listed as a UNESCO World Heritage Site. Large-scale excavation has been going on at this site since 1899. Archaeologists have discovered ruins of the imperial palaces of the Shang Dynasty as well as large tombs of the royal families of that period. More than 100,000 pieces of bone and tortoise shell inscribed with the earliest form of Chinese script have been unearthed on the site, providing scholars with valuable historic and linguistic information. Large numbers of bronze ware, tools and articles for production and daily use have also been found here. A rectangular pot 1.33 meters high and weighing 875 kilometers, with beautiful stylized dragon and legendary animal patterns inscribed on its four sides, is a rare bronze object in the world.

Duración: 7 Hours
Lugar de comienzo: Traveler pickup is offered
Today our English speaking guide will pick up clients from hotel lobby in Zhengzhou city and after day tour to Anyang then drop them to hotel in Zhengzhou city