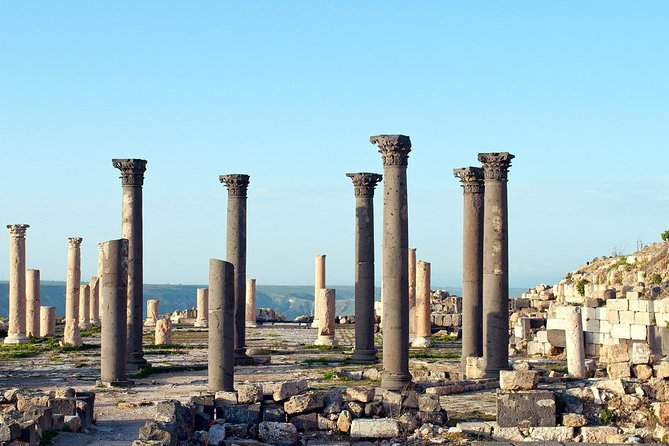 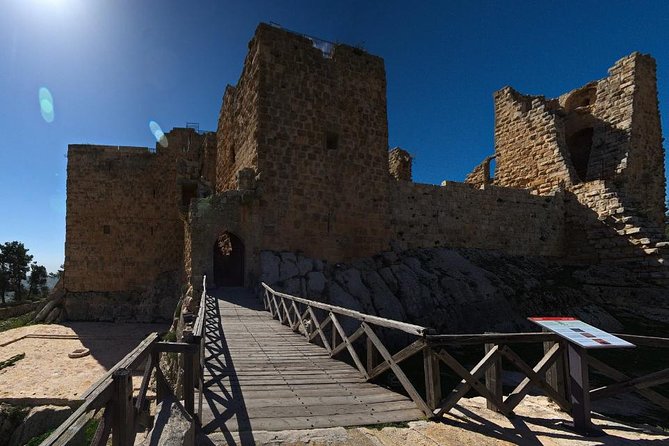 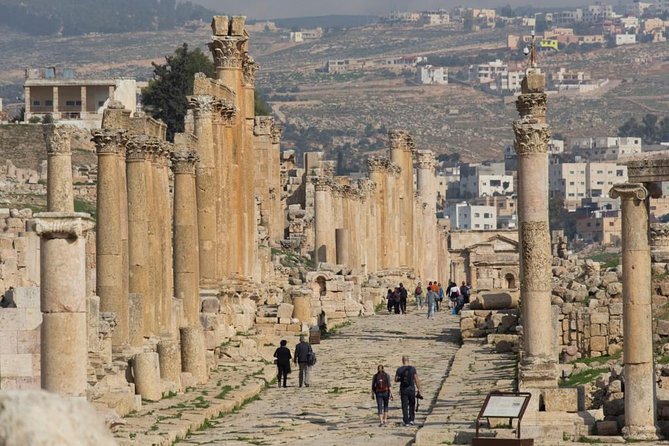 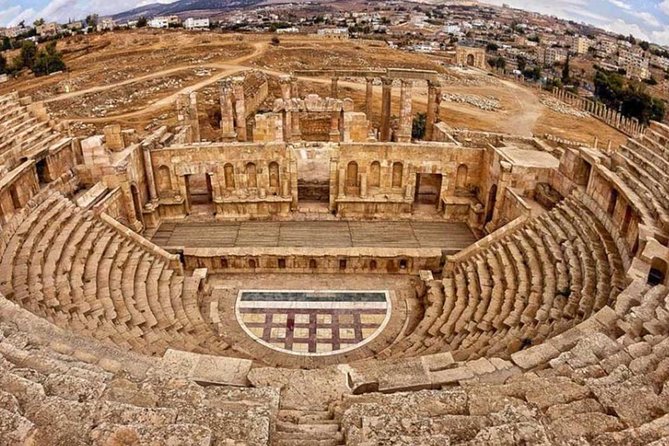 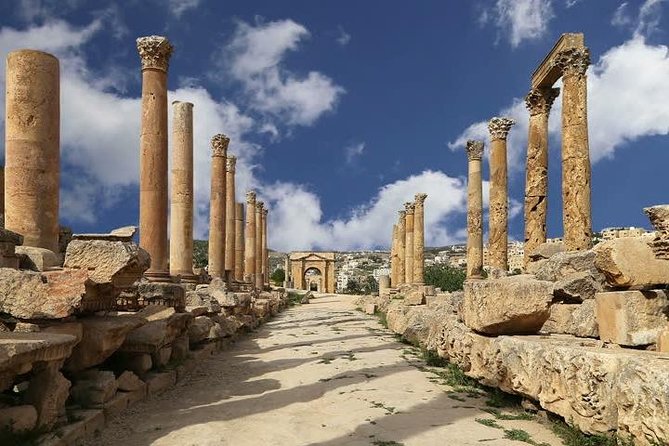 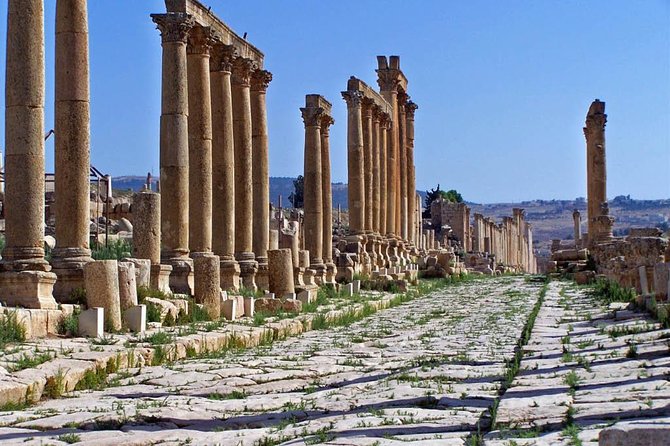 1. Begin with pickup from your hotel in Amman, then travel to Umm Qais (also known as Gadara) one of the most brilliant ancient Greco-Roman cities of the Decapolis.

2. Continue to the ancient city of Jerash, a Bronze Age settlement where you’ll find Hadrian’s Arch, the Temple of Artemis, and the Forum, a sprawling oval plaza surrounded by 160 Ionic columns. Learn how the city rose alongside a Greek federation of 10 cities, then lived through Christian and Muslim rule before falling during the Crusades

3. Make a final stop at Ajloun Castle, a 12th-century Muslim castle built on the remains of a historic monastery. Hear how this fortress helped defend against Crusader attacks, fell to Mongol invaders, then was finally rebuilt by the Mamluks. Climb into a tower for views of the Jordan Valley to the Dead Sea.

4. Return to your hotel in Amman.

Visit Umm Qais to see the Governor’s House that has been restored and opened as a museum, here you will be able to see far reaching views over the Northern Jordan Valley, the Sea of Galilee, and the Golan Heights. You will be able to walk the documents street that leads to the theater.

Enjoy a tour of the Roman City of Jerash

Informacion Adicional
"Confirmation will be received at time of booking"
"A current valid passport is required on the day of travel"
"Not wheelchair accessible"
"Near public transportation"
"Infants must sit on laps"
"Most travelers can participate"
"This experience requires good weather. If it’s canceled due to poor weather, you’ll be offered a different date or a full refund"
"This is a private tour/activity. Only your group will participate"

Hora de Inicio: 8:00 AM
Duración: 10 Hours
Lugar de comienzo: Traveler pickup is offered
we pick up from any hotel in Amman