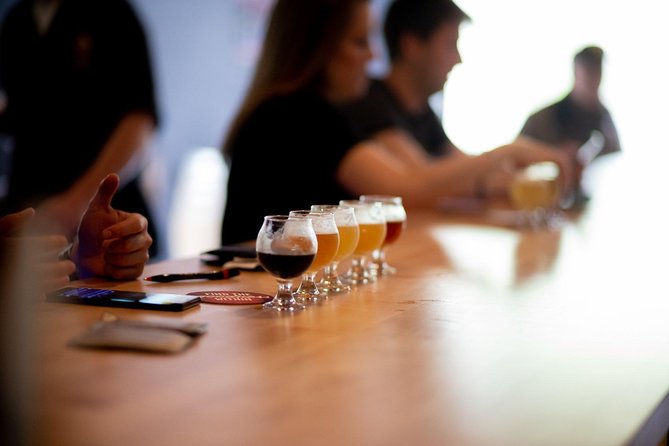 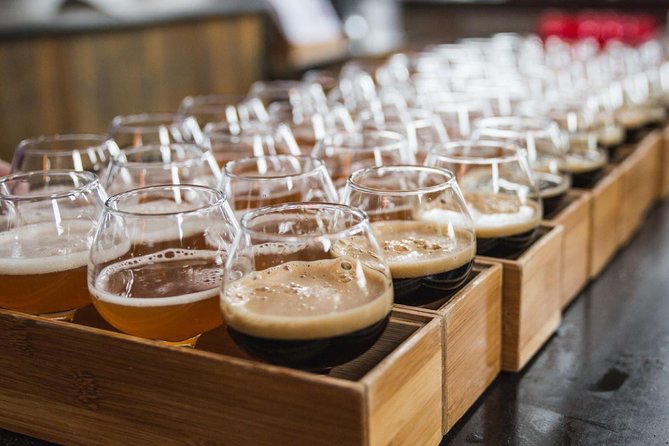 You’ll never want to leave after your all-inclusive craft beer tour of Cleveland! Get up to date on the hip and trendy breweries popping up throughout Cleveland. Enjoy a plethora of beer knowledge, great food pairings, comfortable transportation, and a whole slew of delicious beer along Cleveland's ultimate craft beer experience!

On an Original Brew Tour, try around 16 different craft beers and enjoy a beer-paired lunch from some of the greatest brewpubs in the state. Our guides will not only provide knowledge, entertainment and beer facts, but also safe round-trip transportation to four brewery stops. Experience Cleveland like never before, and book a tour today!

Founded in 2014 by owner and brewer, Karl Spiesman. Karl in the early days briefly thought about opening an Urban Winery instead of brewery. Luckily, he followed his heart and kept making delicious beer. With a love for the local beer scene which rivaled his love of Cleveland, this nano brewery was built brick by brick, and barrel by barrel. Hence the name! With old church pews and a blackboard bar top reclaimed from a defunct schoolhouse in the neighborhood, Brick and Barrel’s industrial feel fits right into the local neighborhood of Columbus Road Peninsula in the Cleveland Flats. Hop on a tour and come see what Karl’s brewing up firsthand with his small but mighty 3.5 barrel brewhouse that cranks out some of our favorite beers in the area.

This team of self-proclaimed hippies decided they wanted a brewpub in Cleveland that focused on the taproom styles of the Northwest, akin to something you’d find in Portland or Seattle. Forget the beer on the shelf, Terrestrial is focused on the here and now, blurring the lines on beer styles, and running a dedicated infusion line. Let our expert beer guides take you behind-the-scenes to show you Terrestrial’s keg-management system which hoists 150-pound kegs and perfectly positions them within the walk-in cooler. It’s like a giant version of those crane games but instead of stuff animals, you can win 15.5 gallons of beer!

Two Irish brothers with limited brewing experience. A city that shuttered its last production brewery in the early 80s. A neighborhood in serious need of a facelift. In 1986 when Patrick and Daniel Conway opened their fledgling operation in Cleveland's Ohio City neighborhood, the odds were stacked against them. Fortunately, they surrounded themselves with a staff of passionate, knowledgeable people, and from the start committed themselves to bringing a sophisticated, diverse selection of craft beer to their home state. Two decades, multiple awards, and a whole lot of stories later, Pat and Dan Conway celebrate over two decades of brewing exceptional beer for their adventurous and discerning customers.

Opened in 2014,this is the Flagship location of what has grown into one of Ohio's most revered breweries by serving an ever changing selection of styles including 20 house beers. With a 100+ seat tap room and patio theirs plenty of room for everyone.

Informacion Adicional
"Confirmation will be received at time of booking"
"Wheelchair accessible"
"Near public transportation"
"Transportation is wheelchair accessible"
"Most travelers can participate"
"This experience requires good weather. If it’s canceled due to poor weather, you’ll be offered a different date or a full refund"
"This experience requires a minimum number of travelers. If it’s canceled because the minimum isn’t met, you’ll be offered a different date/experience or a full refund"
"This tour/activity will have a maximum of 4 travelers"