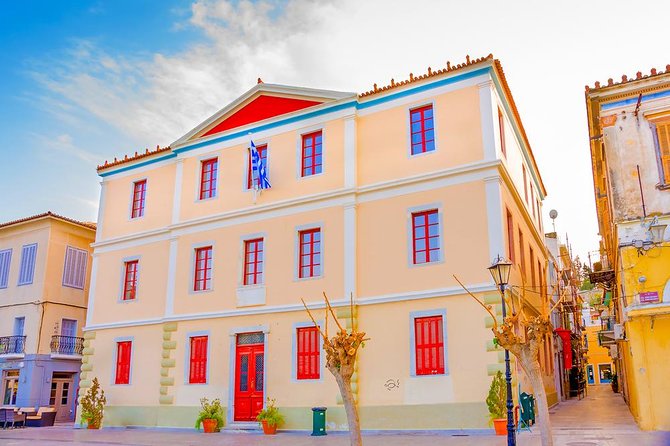 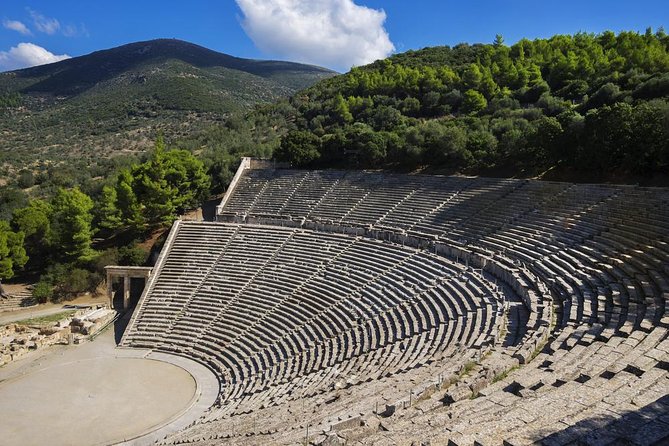 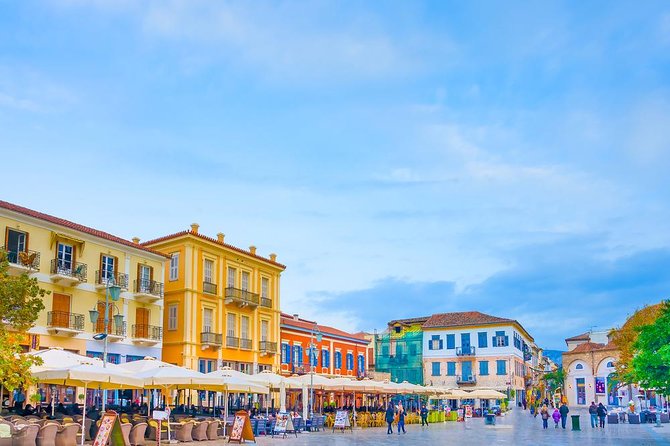 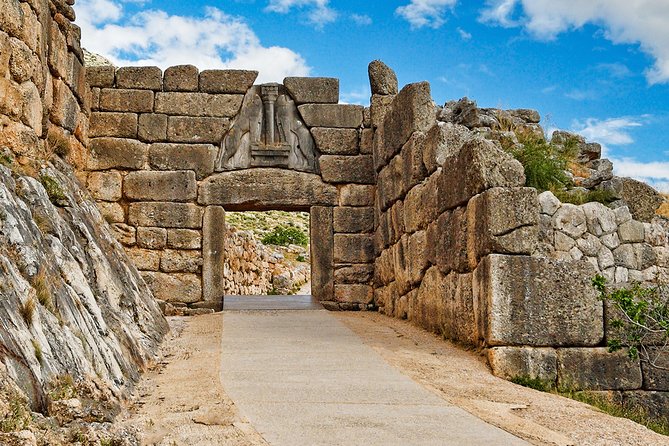 Starting your trip from Nafplion, your first stop is the archaeological site of Mycenae. We will then head to the Lions Gate,the monumental entrance of the palaces. Next, you will see the Cyclopean walls around the Acropolis, and the tholos tombs of Atreus and Clytemnestra’s.You will continue the tour to ancient Epidaurus, where we explore the ancient theatre of one of the most famous archaeological monuments in Greece. We will also visit the Asclepieion of Epidaurus, which was the centre of healing serious diseases for the whole of ancient Greece.

The tour continues with our return to Nafplion, and start our walk from the Land Gate, the only entrance to the Venetian city. As we tour the old town's picturesque alleyways, we will discover historical buildings such as the First Parliament of the Greek State and the Archaeological Museum. We will then climb to Acronafplia, the Acropolis of Nafplion and marvel at the unique panoramic views.

We will end our tour at the port of the city.

We will travel to the mythical Kingdom of Agamemnon, where one of the most brilliant cultures of Greek prehistory, the Mycenaean civilization, developed. We will then head to the Lions Gate, the monumental entrance of the palaces. Next we will see the Cyclopean walls around the Acropolis and the royal Tholos tombs of Agamemnon and Clytemnestra and also the Treasury of Atreus, a magnificent 14th century BC structure.

We continue the tour to ancient Epidaurus, where we explore the ancient theatre, one of the most famous and best preserved archaeological monuments in Greece and Unesco’s world heritage listed monument. It is reputed to be the birthplace of Apollo’s son Asklepios the healer. We will visit his temple and the Asclepieion, the centre of healing for the whole of ancient Greece.

Our tour guide will meet you at your hotel and start your walk from the Land Gate, the only entrance to the Venetian city. We pass by the Cathedral of St. Spyridon, where Ioannis Kapodistrias, the first Governor of Greece, was murdered. We will end up in the Syntagma Square, where Venetian and neoclassical buildings dominate around. We will see historical buildings such as the First Parliament of the Greek State, the War Museum which used to be the first Military Academy of Greece, the Archaeological Museum which was the military warehouse built in 1713, on Filellinon square the old customs building since 1830 and many other monuments of incompatible beauty.

We will then climb to Akronafplia, the Acropolis of Nafplion and marvel the unique panoramic views. Akronafplia fortress, originally built by the Romans and Byzantines, is the oldest of Nafplio’s three castles and until the arrival of the Venetians, the town was restricted to within its walls. The Turks called it Ic Kale (meaning inner castle). It was used as a greek political prison from 1936 to 1956.

We will end our tour at the port of the city, where we will see the Bourtzi castle, which is the most recognized attraction of Nafplion. It is a venetian fortress, built on the small island of Agioi Theodoroi, in the entrance of the harbor. The Venetians completed its fortification in 1473 to protect the city from pirates. After the Greeks regained it from the Turks and until 1865 it served as a fortress. It was then transformed into residence of the executioners of convicts from the castle of Palamidi.