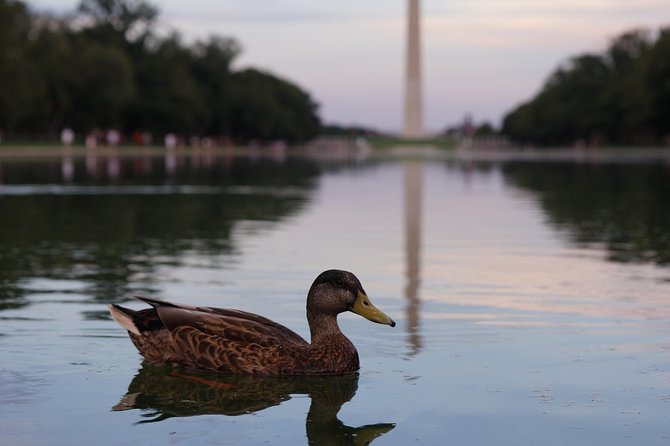 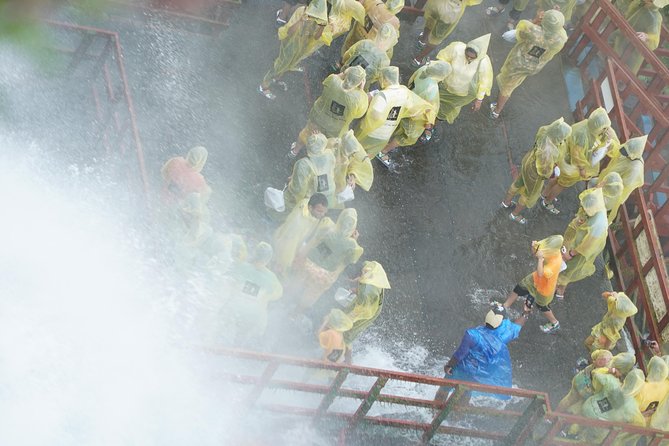 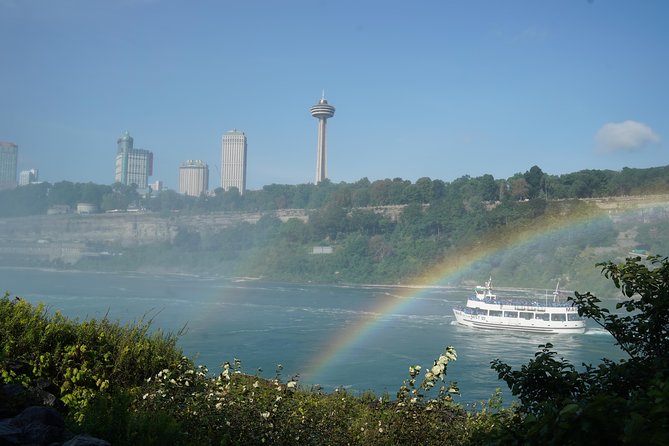 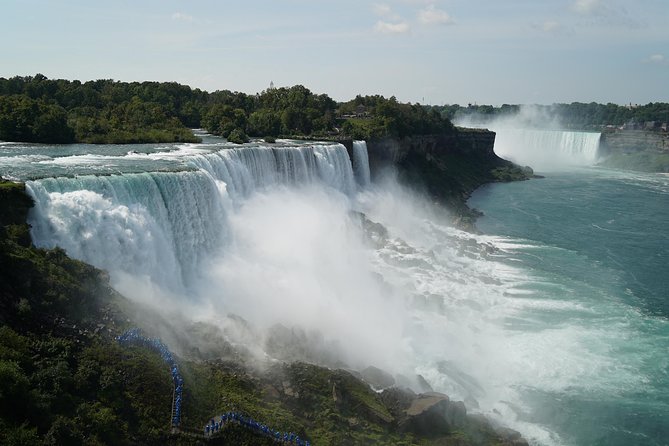 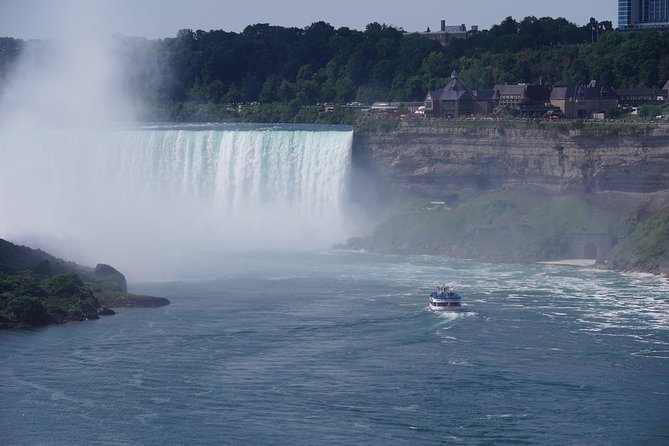 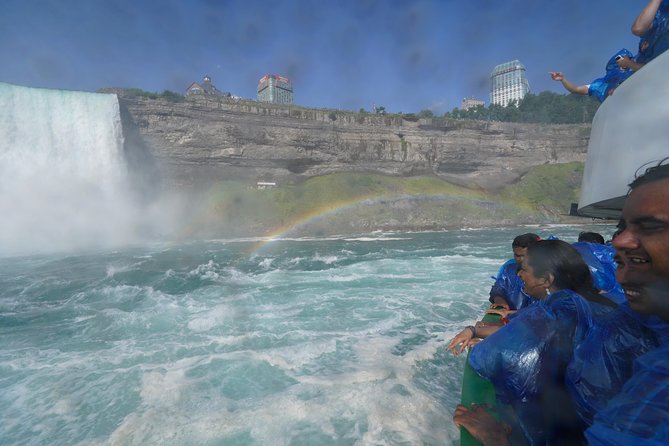 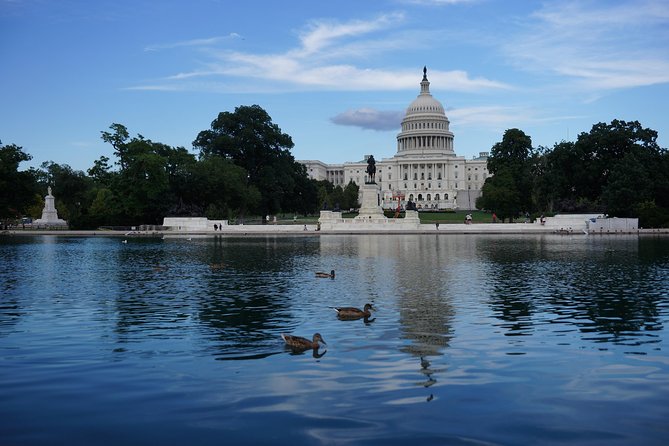 Stop At: Capitol Hill, First St and East Capitil St NE, Washington DC, DC 20004
The famous United States Capitol is the meeting place of the US Congress and has been for more than 200 years. The building is famous for its elaborate dome and intricately designed, detailed columns.
Duration: 2 hours 30 minutes

Stop At: National Mall, Constitution Ave NW, Washington DC, DC 20565
(chose from American History Museum, National Museum of Natural History or National Art Gallery)
The Mall is a landscaped park within the National Mall and Memorial Parks, an official unit of the United States National Park System. It is located near the downtown area of Washington, D.C., the capital city of the United States, and is administered by the National Park Service (NPS) of the United States Department of the Interior. The term National Mall commonly includes areas that are also officially part of neighboring West Potomac Park and Constitution Gardens to the southwest. The term is often taken to refer to the entire area between the Lincoln Memorial on the west and east to the United States Capitol grounds, with the Washington Monument dividing the area slightly west of its midpoint. A smaller designation sometimes referred to as the National Mall (proper) excludes both the Capitol grounds and the Washington Monument grounds, applying only to an area between them. The National Mall contains and borders several museums of the Smithsonian Institution, art galleries, cultural institutions, and various memorials, sculptures, and statues. The park receives approximately 24 million visitors each year.
Duration: 1 hour

Stop At: White House, 1600 Pennsylvania Ave, Washington DC, DC 20500
(Outside Visit,) The World-famous White House in Washington, DC is the official residence of the president of the United States and the place where most of the work is done. The facade of this neoclassical mansion is a global icon.
Duration: 30 minutes

Stop At: 2 Lincoln Memorial Cir NW, Washington DC, DC 20037
This iconic American monument honors the 16th president of the United States. Abraham Lincoln was president during the American Civil War and is most famous for the Emancipation Proclamation that freed all the slaves in the US.
Duration: 1 hour

Pass By: New York City, New York City, New York
(All day schedule) In the morning, we depart from New York, passing by New Jersey and Philadelphia, arriving in Washington D.C. in late afternoon. Firstly, we stop at National Mall where there are Capitol Hill and all the Smithsonian Museums. Later, we will see the White House, and understand the core of the US government. Then, Lincoln, Korea and Vietnam Memorials will be seen. After we finish the tour in Washington D.C. we head north to the hotel.

We will also pass by Jefferson Memorial, Washington Monument, WWII Memorial and more.

Stop At: Corning Museum of Glass, 1 Museum Way, Corning, NY 14830-2253
The Corning Museum of Glass is a museum in Corning, New York dedicated to the art, history and science of glass. It was founded in 1951 by Corning Glass Works and currently has a collection of more than 50,000 glass objects, some over 3,500 years old.
Duration: 1 hour 30 minutes

Stop At: Horseshoe Falls, Niagara Falls, Ontario Canada
It is also known as Canadian Falls, is the largest of the three waterfalls that collectively form Niagara Falls on the Niagara River along the Canada–United States border. Approximately 90% of the Niagara River, after diversions for hydropower generation, flows over Horseshoe Falls. The remaining 10% flows over American Falls and Bridal Veil Falls. It is located between Terrapin Point on Goat Island in the US state of New York, and Table Rock in the Canadian province of Ontario.
Duration: 30 minutes

Stop At: Niagara Falls State Park, 332 Prospect St, Niagara Falls, NY 14303-1106
Night View: For more than 75 years, visitors to Niagara Falls have been able to enjoy a nighttime illumination of the impressive American and Horseshoe falls. Every night, at dusk, visitors can experience the falls lit in the colors of the rainbow.
Duration: 1 hour

Pass By: Niagara Falls, Niagara Falls, New York
(All day schedule) In the morning, we leave from the capital of United State and head north, via the stunning Highway 15 and arrive at Corning for lunch before we continue. Via Highway 90, we are on the way to the world-famous Niagara Falls. Arriving in late afternoon, we will witness the amazing US side of Falls, including American Falls, Horseshoe Falls, Bridal Veil Falls, Goat Island and Luna Island. We will also take a night tour to the falls, enjoy the beautiful illumination display coloring the thundering waters. Overnight in Niagara Falls City.

Since we stay in walking distance hotel to the Falls, after checking in, you can enjoy Niagara Falls by yourself. And don’t forget to see the fabulous illumination and night view of the Falls. You may see fireworks in some summer nights.

Stop At: Niagara Falls State Park, 332 Prospect St, Niagara Falls, NY 14303-1106
It is a state park in the City of Niagara Falls in Niagara County, New York, United States. The park, recognized as the oldest state park in the United States, contains the American Falls, the Bridal Veil Falls, and a portion of the Horseshoe Falls (also known as the Canadian Falls). In addition to its views of the American Falls, Bridal Veil Falls, and the Canadian Falls, the park overlooks the Niagara Gorge and allows access to the Maid of the Mist tour boats, Cave of the Winds, Goat Island, the Prospect Point Observation Tower, a statue of Nikola Tesla, and the IMAX movie Niagara: Miracles, Myths and Magic which is shown at the Niagara Adventure Theater. The park also offers a museum, food concession, a movie theater, a gift shop, fireworks, hiking and nature trails, picnic tables, recreation programs, and fishing. The Top of the Falls Restaurant, on Goat Island overlooking the Horseshoe Falls, is also available within the park.
Duration: 1 hour

It's the combination of height and volume that makes Niagara Falls so beautiful. More than 6 million cubic ft. (168,000 cubic meters) of water goes over the crest line of the falls every minute during peak daytime tourist hours. This famous Maid of the Mist ride gets passengers as close as possible to the Niagara Falls! The Maid rides right into the mists thrown up by the roaring cascade as the Niagara River tumbles over the edge of the falls.

Pass By: Niagara Falls, Niagara Falls, New York
(All day schedule) After breakfast, listening to the roar of passing flows as we walk to Horseshoe Falls for an amazing lookout point. Later, we experience the full power of Niagara aboard the Maid of the Mist. Around noon we will depart for New York City. Your trip ends in the evening as we return to New York City. We wish you enjoy the trip and safe journey back to the city that never sleeps!

Informacion Adicional
"Confirmation will be received within 48 hours of booking, subject to availability"
"Not wheelchair accessible"
"Stroller accessible"
"Near public transportation"
"Most travelers can participate"
"This experience requires good weather. If it’s canceled due to poor weather, you’ll be offered a different date or a full refund"
"This experience requires a minimum number of travelers. If it’s canceled because the minimum isn’t met, you’ll be offered a different date/experience or a full refund"
"This tour/activity will have a maximum of 55 travelers"