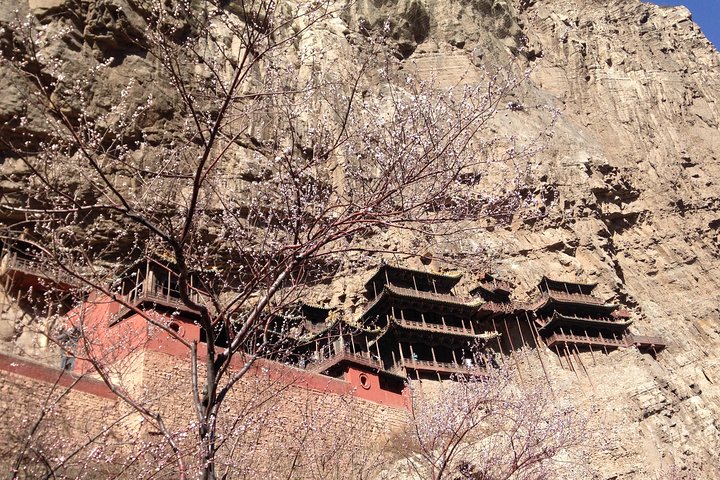 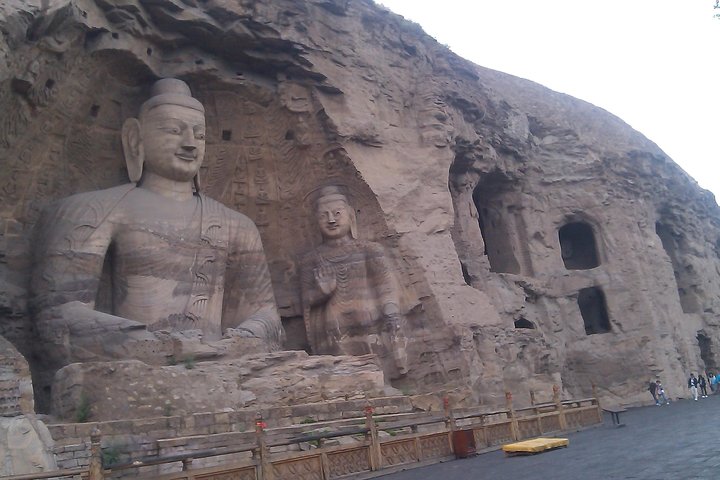 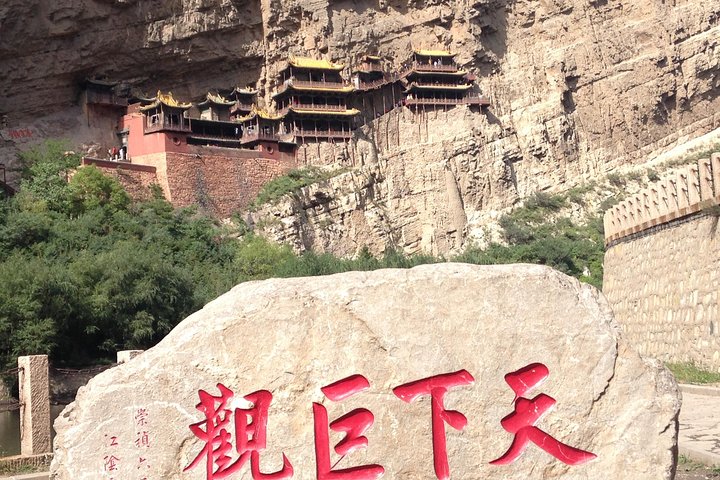 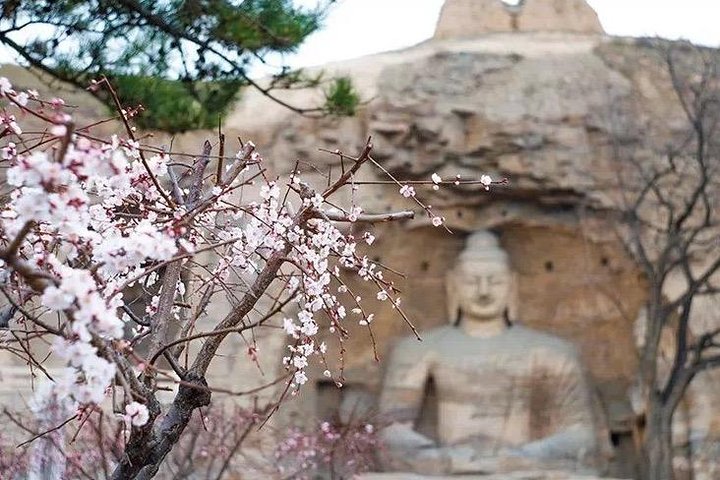 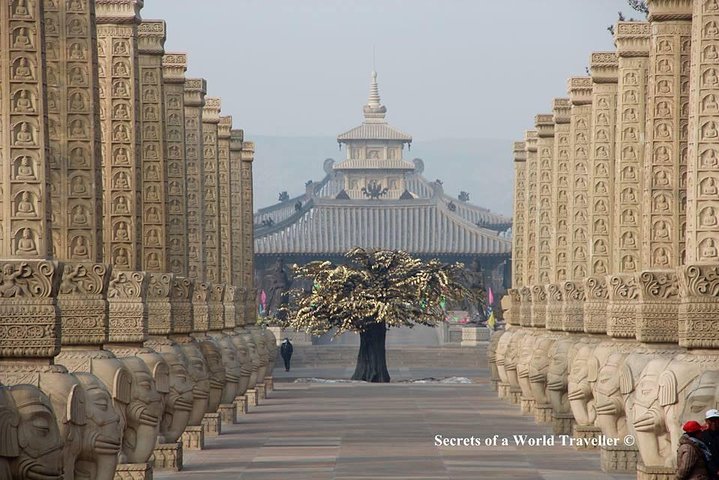 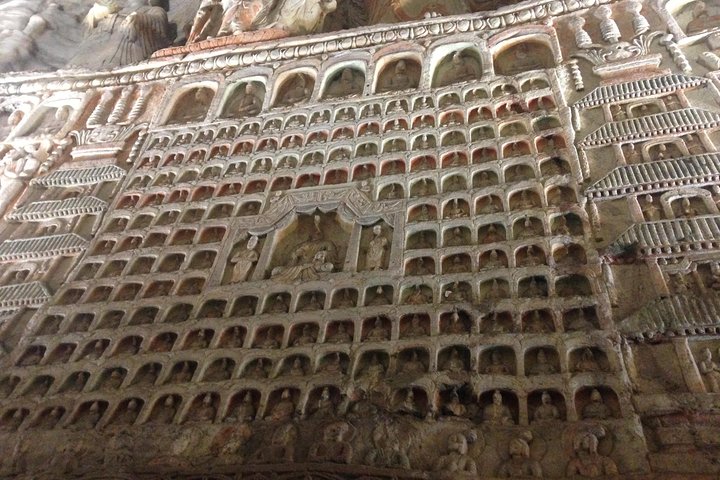 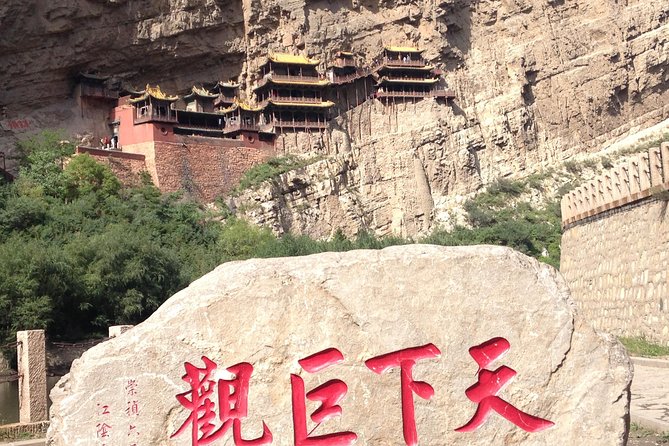 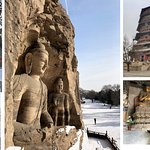 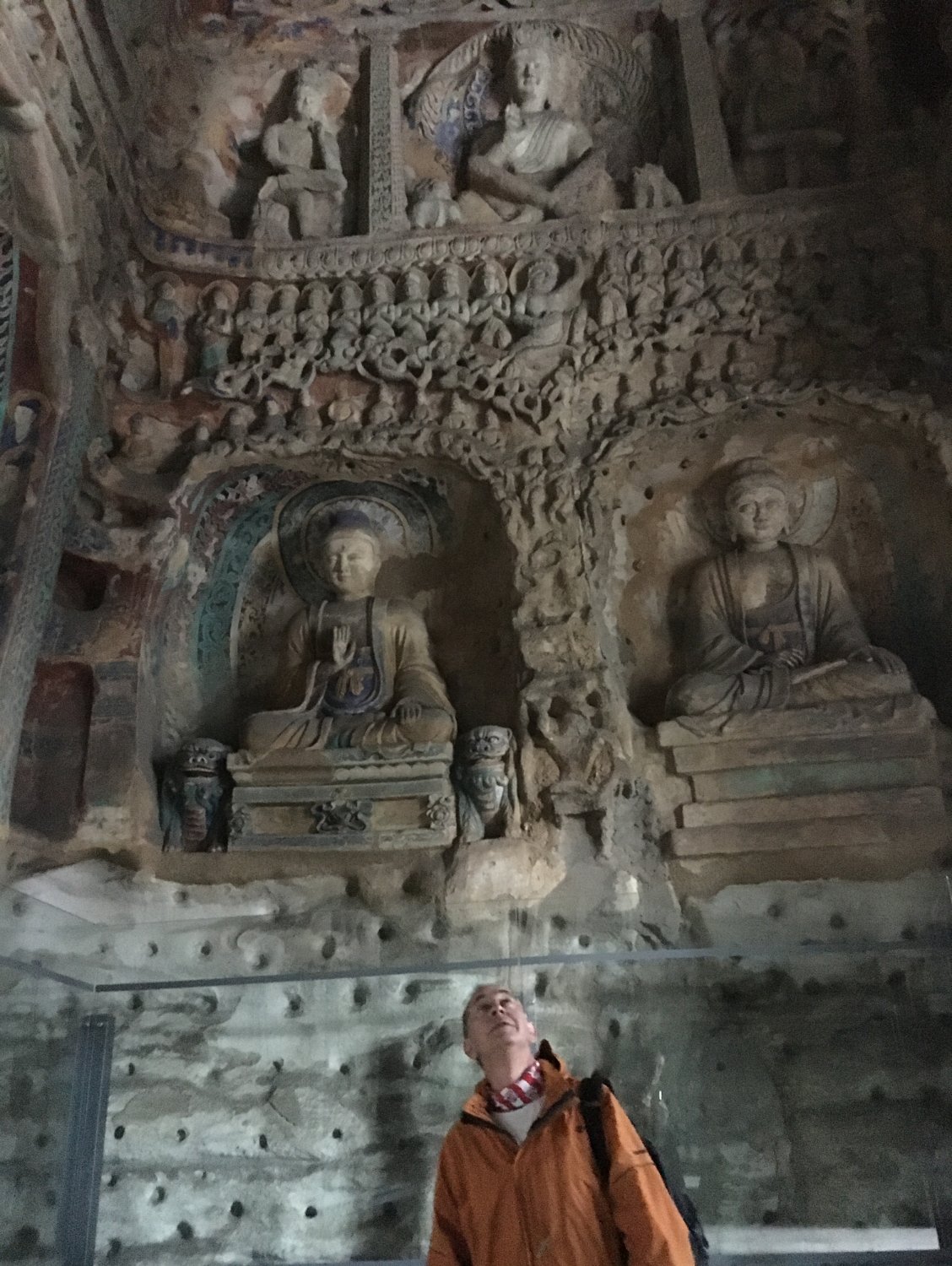 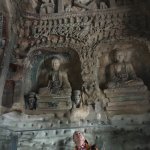 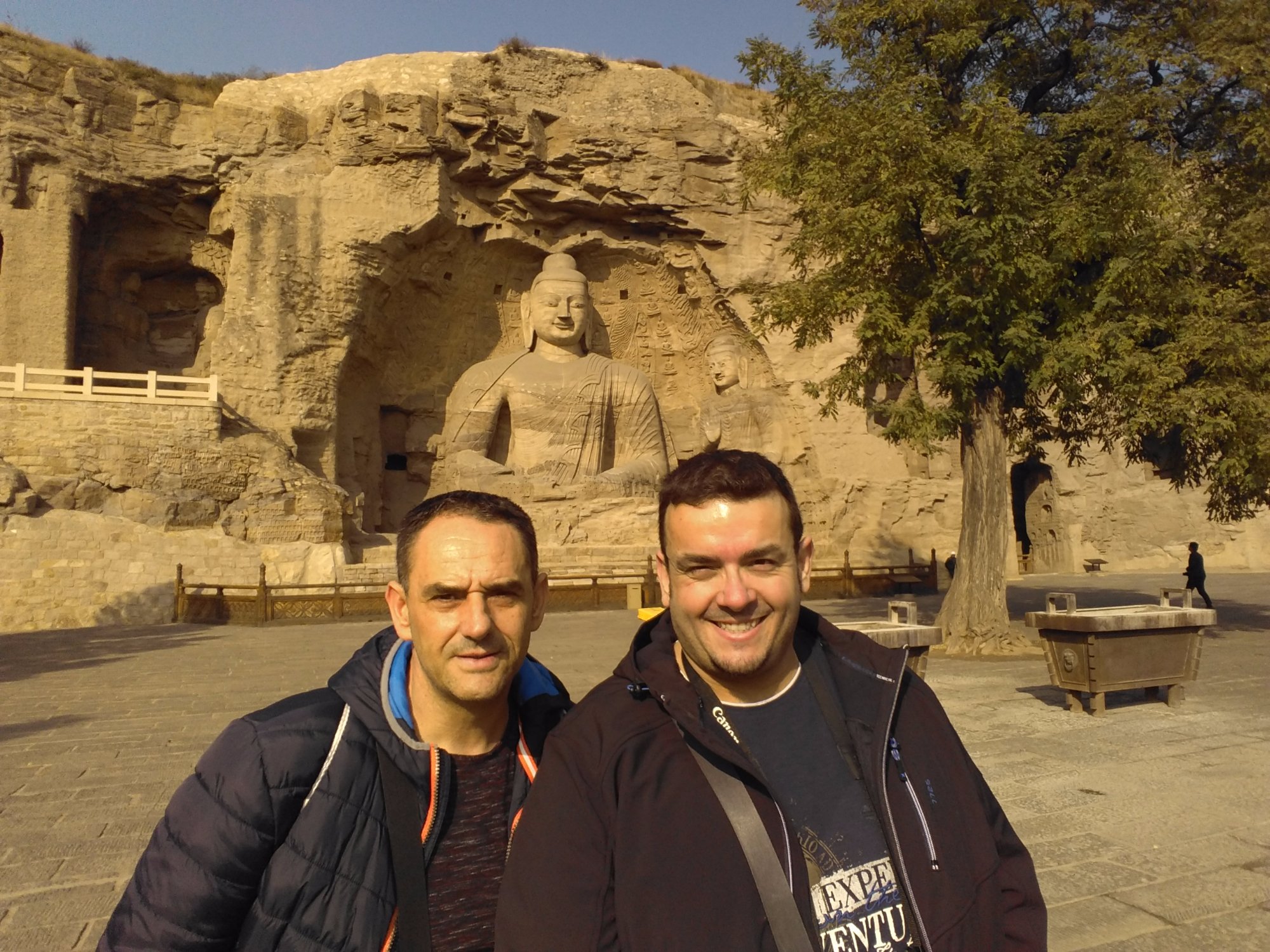 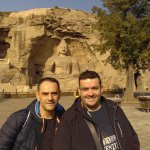 This full-day tour will take you to some of the most famous attractions in Datong - Yungang Grottos and Hanging Temple. Yungang Grottos as the UNESCO World Culture Heritage have 254 grottos and 51,000 stone sculptures representing the highest level of world carving art in the fifth century. The Hanging Temple was first built 1400 years ago and is unique for its architecture as well as integrating Buddhism, Daoism and Confucianism.

Located at the southern foot of Wuzhou Mountain, 16 kilometers west of Datong City, Yungang Grottoes were carved into the mountain and extend about one kilometer from east to west. The 45 caves in Yungang Grottoes include some 254 niches with about 51,000 statues. Yugang Grottoes constitute a classical masterpiece of the first peak of Chinese Buddhist art. In March 1961, Yungang Grottoes was proclaimed as one of the first batch of Key Cultural Relics under the protection of Chinese State Council. In December 2001, Yungang Grottoes was included as a World Heritage Site by UNESCO. In May 2007, Yungang Grottoes was proclaimed as a National AAAAA-grade Tourism Attraction of China. The expansion project in 2010 made Yungang Grottoes a world famous tourist sightseeing destination with its combination of a royal ancient Buddhist cave temple, royal garden and the complex of ancient architecture. Yungang Grottoes, with their complexity, their rich variety and vigorous features constitute a classical masterpiece as one of the three most famous Buddhist cave temples in China. The Yungang cave art represents the successful fusion of Buddhist religions symbolic art from the Buddhist Art of Gandhara (a style of Buddhist visual art that developed in what is now northwestern Pakistan and eastern Afghanistan between 1st century BC and the 7th century CE.) with Chinese cultural traditions of the Qin and Han Dynasties. The Buddhist tradition of religious cave art achieved its first major impact at Yungang, where it developed its own distinct character and artistic power.

Hanging Temple is build halfway up the side of a precipitous cliff of Cuiping Peak of Hengshan Mountain. Historical records trace the construction of the origin of the Hanging Temple back 1,400 years to the later period of the Northern Wei Dynasty (386-534), although much was reconstructed in the later Dynasties. Hanging Temple is constructed almost entirely of wood. There are more than 40 halls from big to small housing more than 80 sculptures. Hanging Temple has established its unique position as China’s unique and remarkable feats of architectural engineering with its characteristics of gravity-defying location, unique construction, evenly distributed and well-balanced structure.

In many historical Chinese cities, the ancient city walls stand downtown, forming a spectacular combination of the past and present — of a historical relic and a modern metropolis. Datong's city walls are no exception.

The ancient city wall of Datong was built in the fifth year of the Hongwu Period during the Ming Dynasty (1368-1644) by Xu Da, a senior general of the dynasty. In building it he utilized old ramparts of the previous Northern Wei, Tang, Liao, and Yuan dynasties. The Datong city wall has four sides, covering an area of 3.28 square kilometers.

If you pay a visit to the city walls in the evening, you will see great differences between day and night. Lighting on the interval towers are switched on as night falls, creating a surreal and romantic scene.

Informacion Adicional
"Confirmation will be received within 48 hours of booking, subject to availability"
"Vegetarian option is available, please advise at time of booking if required"
"Not wheelchair accessible"
"Most travelers can participate"
"This is a private tour/activity. Only your group will participate"

Hora de Inicio: 09:00 AM
Duración: 7 To 8 Hours
Lugar de comienzo: Traveler pickup is offered
We can pick up at all of the travlers from all of datong hotels .