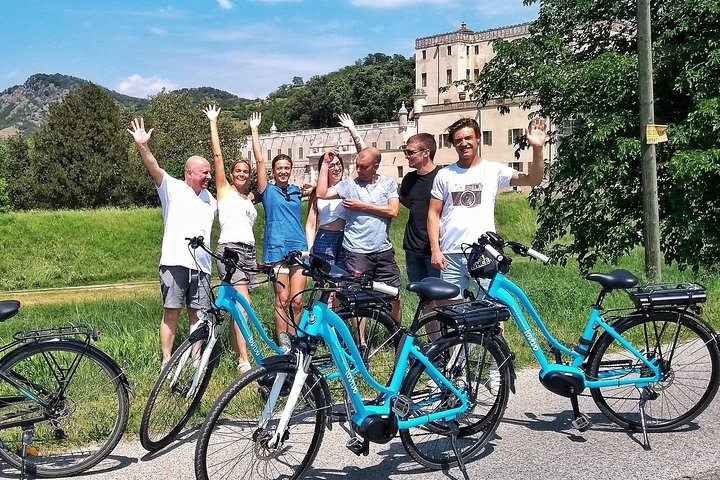 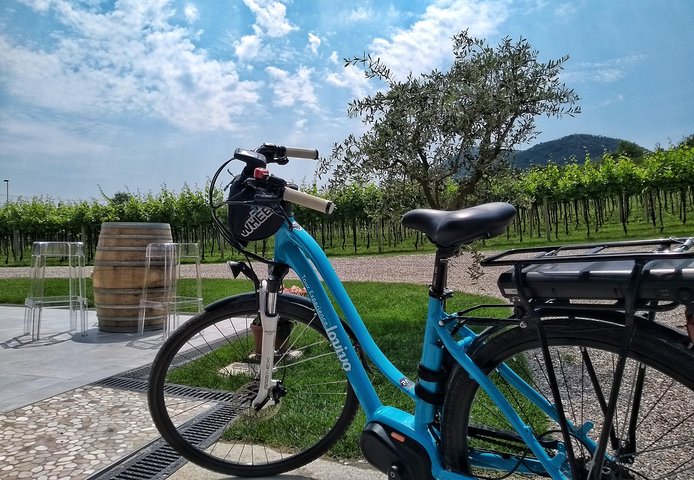 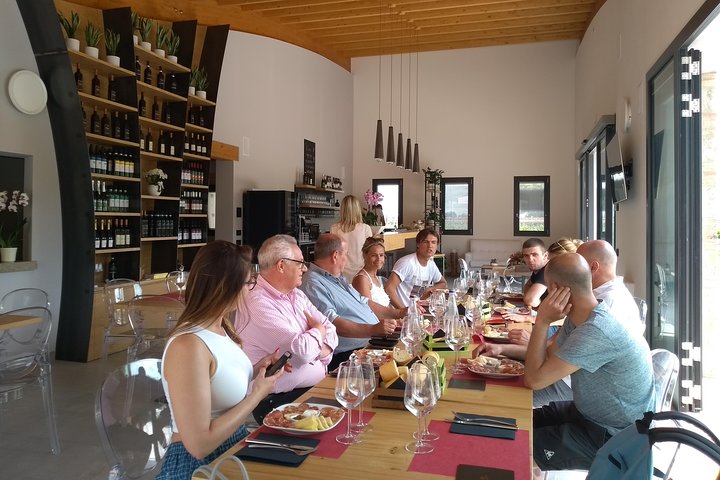 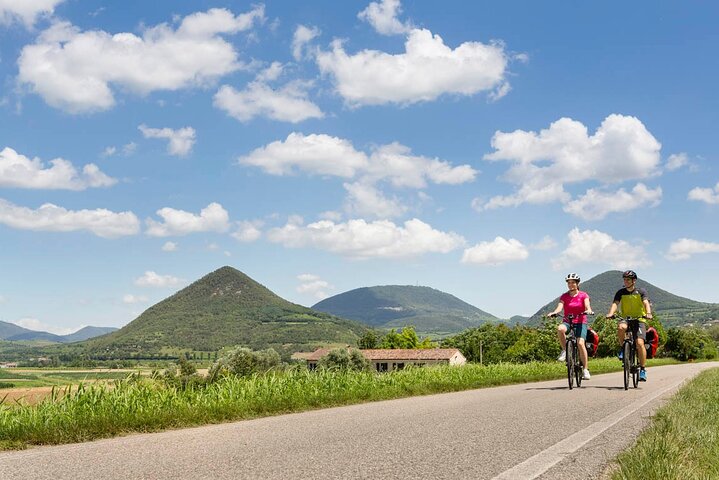 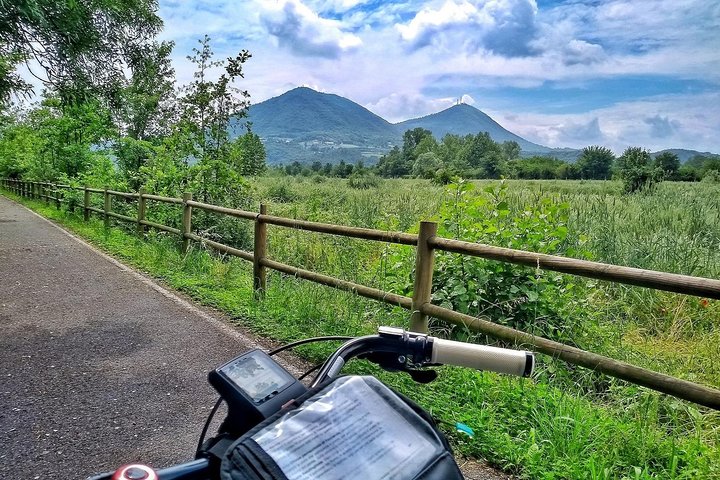 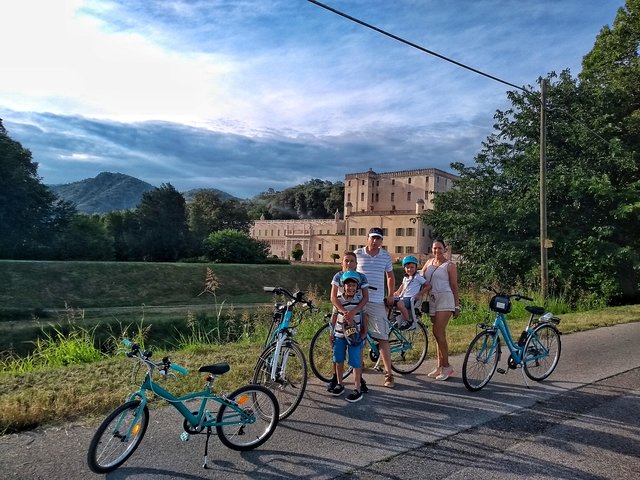 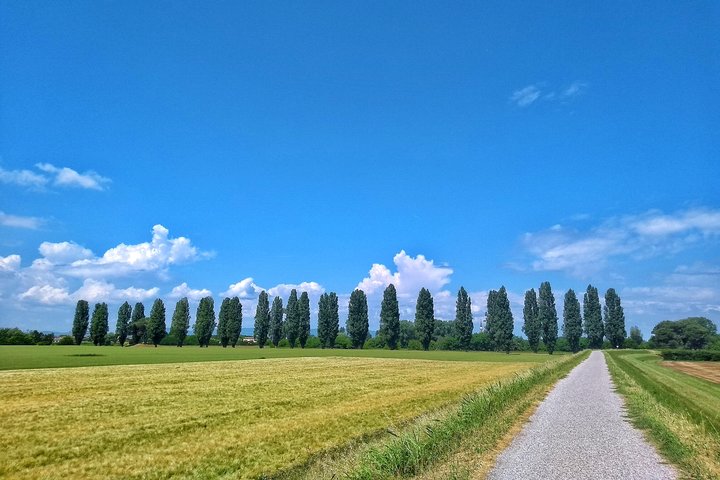 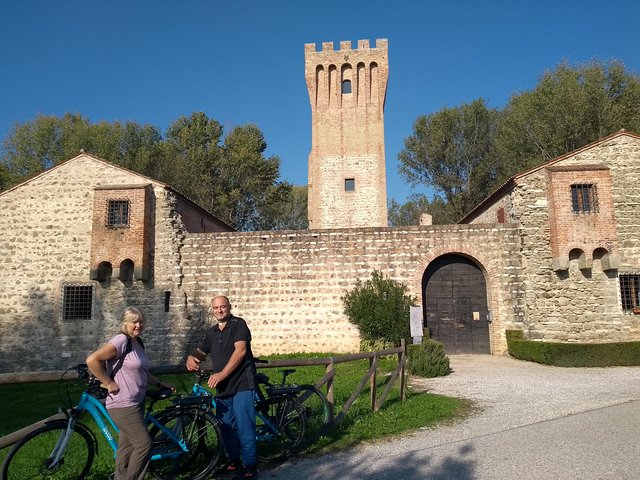 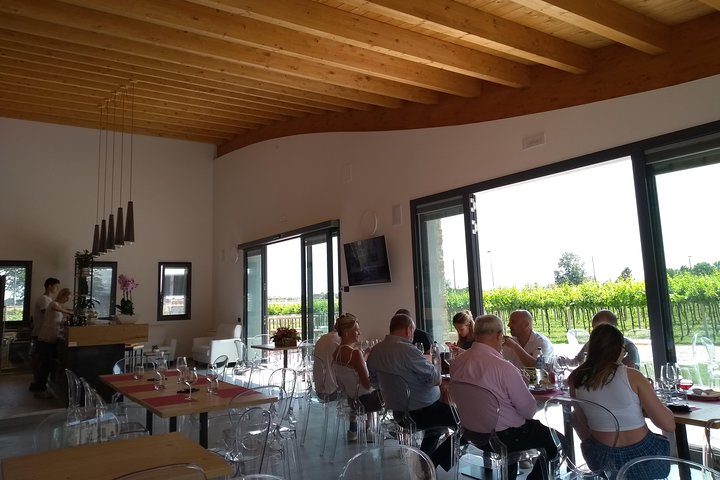 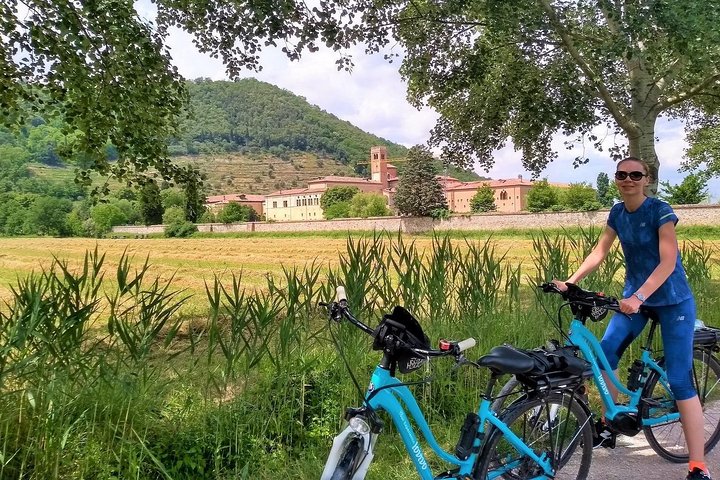 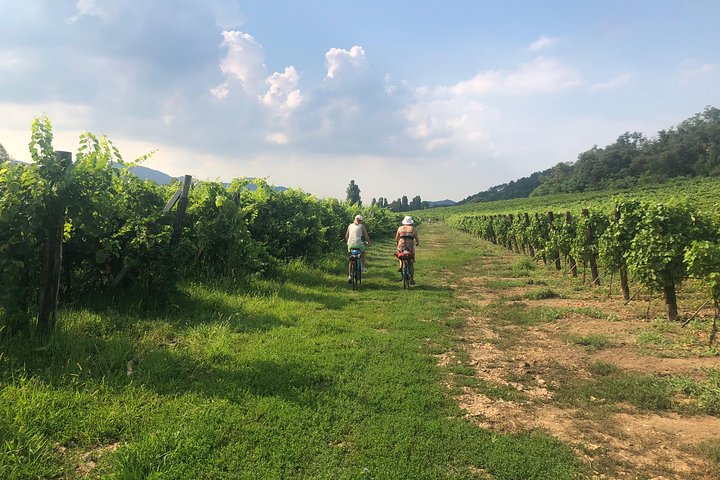 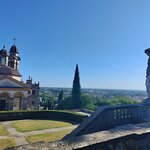 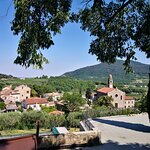 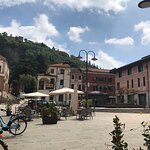 Bike Tour in the Euganean Hills

The Euganean Spas of Abano Montegrotto are one of the most famous spa destination in the world. Our tour will start from here. If you do not stay in one of the hotels in Abano and Montegrotto you can: - choose the pick up in your Hotel / b&b / Apartment in Padua - reach Montegrotto Terme by train. The train station "Terme Euganee Abano-Montegrotto" is located in Montegrotto Terme (near Euganean Hills), and is connected with Padua (in 10 minutes) Venice (in 45 minutes) Verona (in 1.5 hours) Treviso (1 hour) and Bologna (1.5 hours) by train

Along with its neo-Gothic style and the great romantic park, it represents the ultimate testimony to the civilization of the Venetian villa

Villa Draghi stands isolated on the slopes of Mount Alto, on top of a hillock to the west of the town of Montegrotto . The structure as it appears today, is an elegant building constructed between 1848 and 1850 by Pietro Scapin.

Castello del Catajo is a patrician rural palace near the town of Battaglia Terme, province of Padua, north-eastern Italy built in 1573. It had its origins in a simple villa that was rebuilt and extravagantly enlarged in the manner of a feudal castle from 1570 onwards by Marquess Pio Enea I degli Obizzi, a member of an Italian noble family of French origin. The house contains a vast cycle of historical battle scenes frescoed in 1571–1572 by Giambattista Zelotti, a pupil of Paolo Veronese.

Battaglia lies at the easternmost edge of the volcanic Euganean Hills, and has been noted for its warm saline springs and natural vapour grotto since the Middle Ages. The construction of the navigable Battaglia canal in the early 13th century brought traffic and growth to the town which commanded a central position at the confluence of several canals in the network of barge traffic that linked Este and Padua, the Adriatic, the Lagoon of Venice and the north by means of the Brenta Canal, the canalized Bacchiglione and the Adige.

Known as one of the most beautiful garden of Italy, the Garden of Valsanzibio is famous now all over the world.The Garden is located in Galzignano Terme, a little town in the heart of Euganean Hills. This area, since the beginning of the XIVth century, was preferred by the Venetian Nobility as perfect location for their wonderful Ville Venete: it was a symbol of the economic power and, at the same time, oasis of peace and tranquilly.

One of the most important naturalistic-archaeological sites of the Euganean Hills, from which the famous thermal muds of Abano and Montegrotto are still taken today

As the last stop, a visit to Villa Emo awaits us, an elegant Baroque residence from the 1600s designed by Vincenzo Scamozzi and immersed in a park of over 110,000 square meters, with flowers and centuries-old plants.

Informacion Adicional
"Confirmation will be received at time of booking, unless booked within 12 hours of travel. In this case confirmation will be received as soon as possible, subject to availability"
"Not wheelchair accessible"
"Near public transportation"
"Infant seats available"
"Most travelers can participate"
"This experience requires good weather. If it’s canceled due to poor weather, you’ll be offered a different date or a full refund"
"This tour/activity will have a maximum of 10 travelers"
"Face masks required for travelers in public areas"
"Face masks required for guides in public areas"
"Face masks provided for travelers"
"Hand sanitizer available to travelers and staff"
"Social distancing enforced throughout experience"
"Regularly sanitized high-traffic areas"
"Gear/equipment sanitized between use"
"Transportation vehicles regularly sanitized"
"Guides required to regularly wash hands"
"Regular temperature checks for staff"
"Temperature checks for travelers upon arrival"
"Paid stay-at-home policy for staff with symptoms"
"Contactless payments for gratuities and add-ons"

Traveler pickup is offered
We will be waiting for you in our shop to receive your bike and meet your guide. We are in Abano Terme in Viale delle Terme 107b in the pedestrian area. You can reach us in 10 minutes by taxi from the Terme Euganee train station.