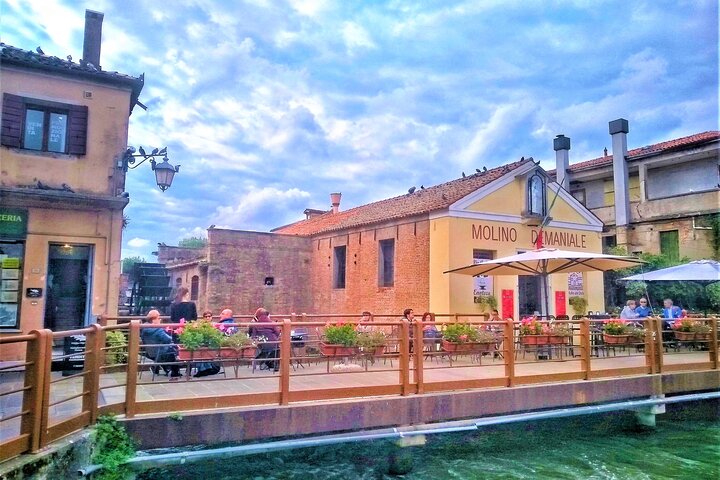 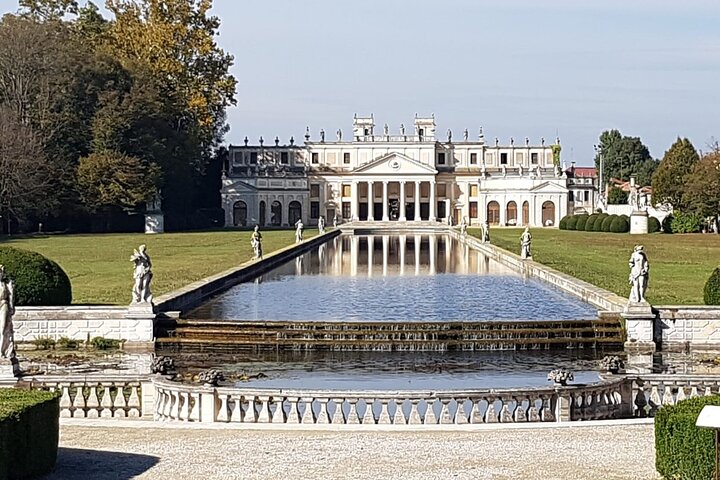 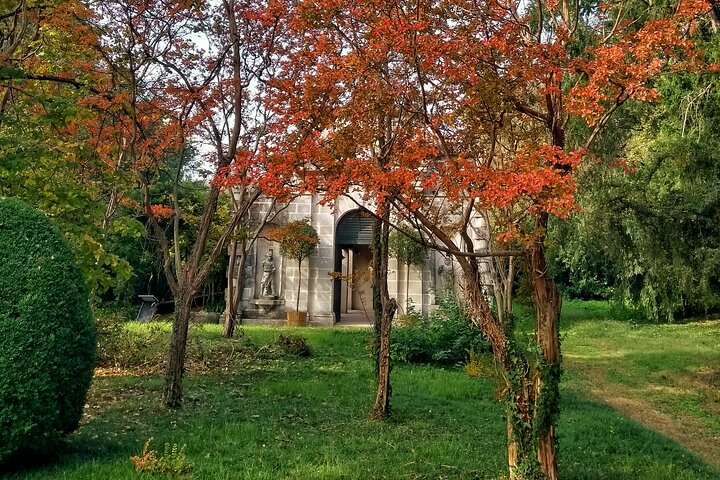 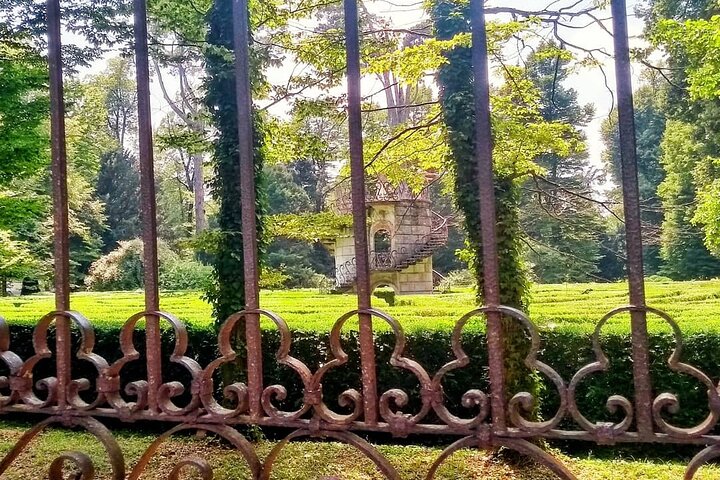 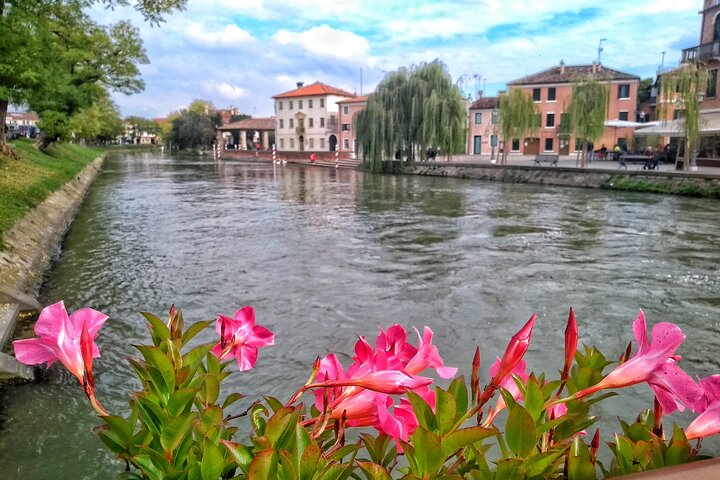 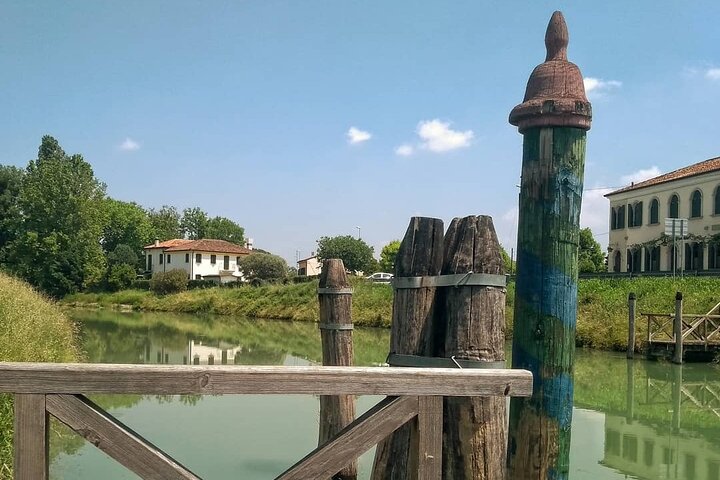 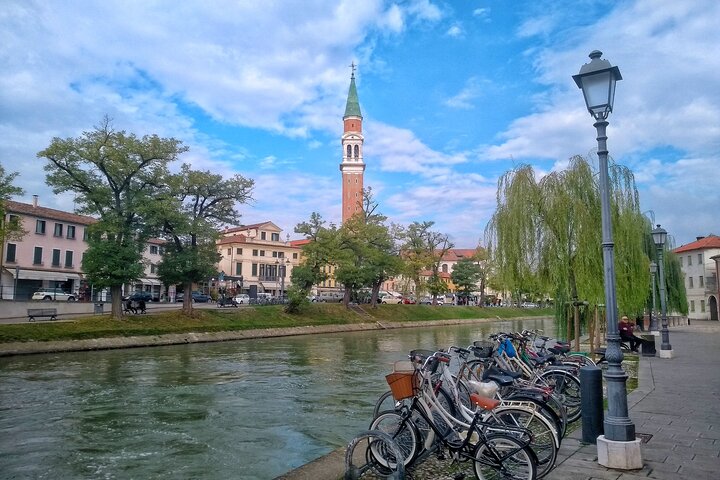 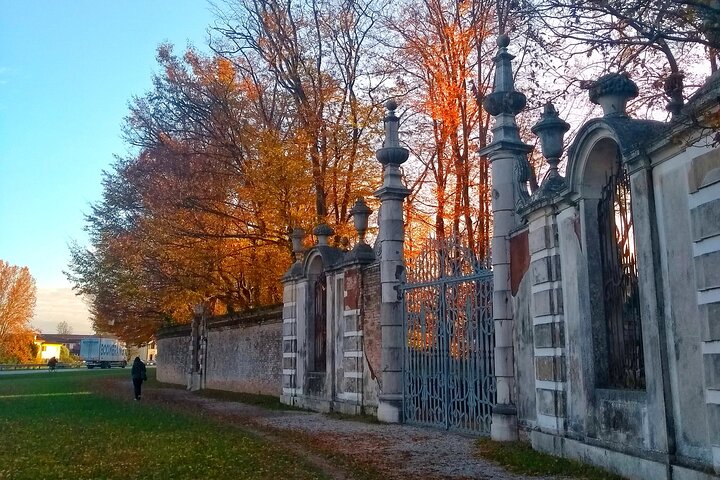 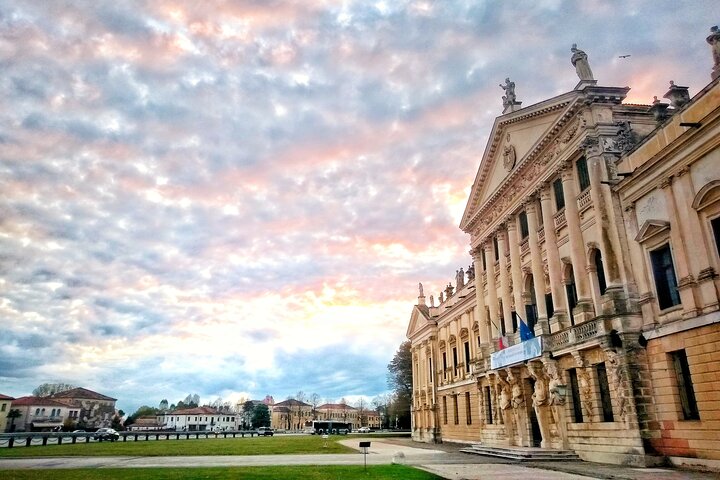 Tour to the Venetian Villas and the Brenta Riviera from Padua

The Riviera del Brenta, a well-known waterway between Padua and Venice, is an interesting panoramic area from historical, natural, artistic and cultural point of view. It is a natural extension of the Venice Grand Canal and is flanked by picturesque Venetian villages and surrounded by an agricultural landscape. The Riviera del Brenta has fascinated many important personalities at all times: Casanova, Galileo Galilei, Byron, Montesquieu and D'Annunzio have visited it, Canaletto, Cimaroli and Tiepolo have painted it and it has been praised in the masterpieces of Goldoni and Goethe . The French and Russian royal families, the Habsburgs, the Savoy and even Napoleon stayed here and the Venetian nobility chose it as the setting for their Venetian villas. Here the Venetians built magnificent residences, enclosed by monumental gardens, frescoed and designed by the most important artists of the time such as Palladio, Tiziano and Tintoretto.

Villa Pisani in Stra is a late Baroque Venetian villa located along the Riviera del Brenta, near the city of Stra, a few kilometers from Venice. Villa Pisani is the most impressive, the largest and the most visited villa on the Riviera. It was built on a pre-existing building to celebrate the glory of the Pisani family when Alvise Pisani was elected doge in 1735. After the end of the Serenissima, it was owned of Napoleon, in 1814 the Austrians took over. When Venice joined the Kingdom of Italy in 1866, Vittorio Emanuele II stayed there for a short time and two years later it became the property of the state. Since the late 1800s it has been a National Museum.
Countless guests and important visitors from all over Europe: Tsar Alexander I of Russia, Gustavo of Sweden, Maria Luigia of Parma and many others. In 1934 Hitler and Mussolini met there.

Jewel among the architectural jewels built by the Venetian nobles for their holiday in Rivera del Brenta.Villa Widmann Rezzonico Foscari is a splendid example of a Rococo-style villa of French taste in a strategic position almost halfway between Venice and Padua.

The mill of Dolo, built in the first half of the sixteenth century and immortalized in a famous painting by Canaletto, represents one of the most evocative views of Dolo.
In the façade of the building, a copy of the image of the Madonna dei Molini, to which the procession held every year on April 26th is dedicated.
Today I Mulini del Dolo host a characteristic wine bar.
The internal room is warm and welcoming, and it is still possible to admire the ancient gears of the mill while savoring typical dishes and a well-stocked selection of cheeses and wines on solid wooden tables.
The aperitif, by the river, will give you one of the most beautiful views of the Riviera.
Do not miss the splendid veranda where you will find plaid that, with a good glass of wine, will warm you in the colder seasons.

One of the little towns on the Riviera del Brenta, Dolo lies along the banks of the river which divides the historic center into two hamlets; in the middle, there is the Lower Island, the heart of the town and the oldest area. The inhabited area next to the church was known as Isola del Maltempo due to frequent flooding of the Brenta River. On the Isola Bassa there is the the Seriola Veneta, a canal famous because it carried the water of the Brenta to the edge of the lagoon, from where it was then transported by burci (typical boats) to the wells of Venice. The characteristic houses and the mills are reflected on the Naviglio del Brenta, offering those who stroll through the alleys and narrow squares glimpses of rare beauty. You cannot miss a visit to the squero, a typical local building that served as a covered yard where the boats was built and repaired; Also to vist the Duomo with its bell tower, 80 meters high, the second in Veneto after San Marco in Venice.

Informacion Adicional
"Confirmation will be received at time of booking, unless booked within 1 day of travel. In this case confirmation will be received as soon as possible, subject to availability"
"Service animals allowed"
"Not wheelchair accessible"
"Most travelers can participate"
"This experience requires a minimum number of travelers. If it’s canceled because the minimum isn’t met, you’ll be offered a different date/experience or a full refund"
"This tour/activity will have a maximum of 8 travelers"
"Face masks required for travelers in public areas"
"Face masks required for guides in public areas"
"Face masks provided for travelers"
"Hand sanitizer available to travelers and staff"
"Social distancing enforced throughout experience"
"Regularly sanitized high-traffic areas"
"Gear/equipment sanitized between use"
"Transportation vehicles regularly sanitized"
"Guides required to regularly wash hands"
"Regular temperature checks for staff"
"Temperature checks for travelers upon arrival"
"Paid stay-at-home policy for staff with symptoms"
"Contactless payments for gratuities and add-ons"

Hora de Inicio: 9:20 AM
Duración: 5 To 6 Hours
Lugar de comienzo: Traveler pickup is offered
FROM PADOVA
Transfer by minivan from your Hotel in Padua included.