3-night Turkey Tour From Istanbul With Ephesus And Cappadocia

Ephesus Tour With Temple Of Artemis And Sirince Village From Izmir 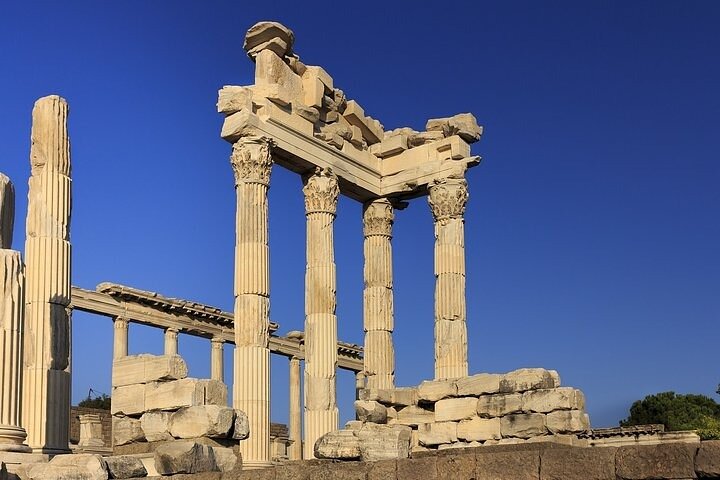 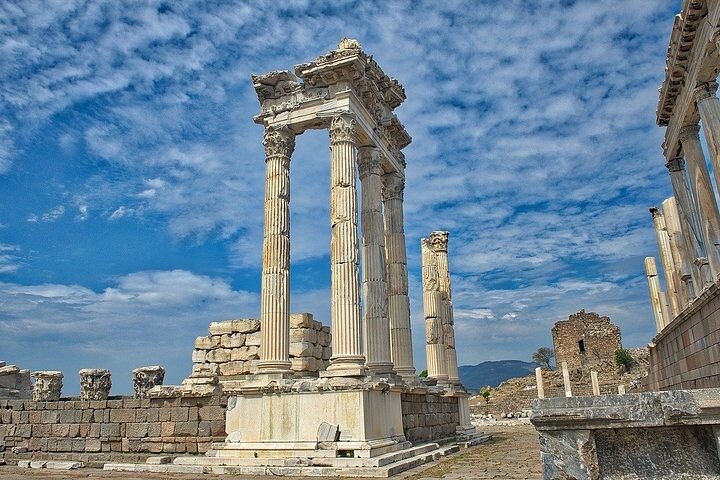 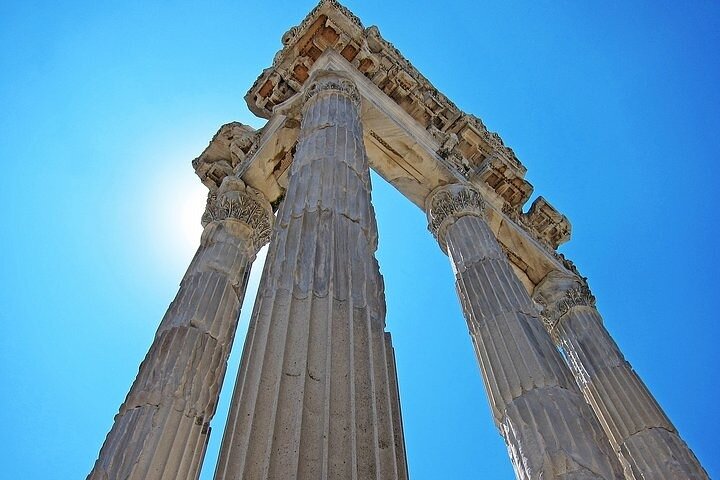 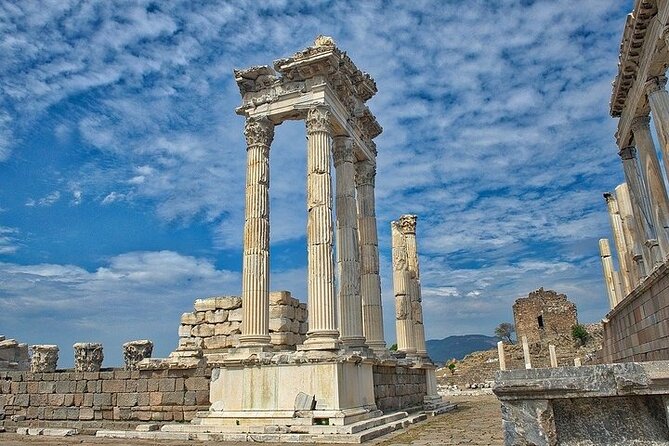 This is an excursion to the ancient Greek
city of Pergamon in Bergama. It was a cultural centre and briefly the capital
of Roman Asia. You will see in the Upper Acropolis there is the Library of Pergamon,
one of the largest libraries in the ancient world, the steepest Theatre, the
Temple of Dionysus, the Upper Agora and Roman Bath’s. In the Lower Acropolis,
you will see Gymnasiums, the Temple of Demeter, the House of Attalus and the
Lower Agora. After a luch of Turkish specialties, you will visit the
Archaeological Museum of Bergama and the Asclepion or the Sanctuary of
Asclepius, which was the first phsychological health centre which was dedicated
to the God of Health, Asclepion. You will then return to Izmir.

The goddess of love and beauty, a city dedicated to Aphrodite, had over 200,000 visitors last year, and signs show that it is about to increase. It is one of the few settlements that have survived invasions and devastation throughout the ages but reoccupy itself on the merits of its strategic location and was included in 2014 on UNESCO's UNESCO World Heritage List. Pergamon prehistory goes back to the second millennium BC, as confirmation of the findings from the excavations held. The town survived Alexander the Great's Persian domination and conquest. The brilliant phase of its history lasted nearly one hundred fifty years when, in the third and second centuries BC, it was the capital for the Kingdom of Pergamon. One of the world's largest libraries was constructed here, and the city was converted into a centre of healing. The arts were also flourishing and the city became especially famous for its splendid sculptures. Pergamon kept its importance during the Roman era.

The historic gateway of Pergamon with old temples, theatres, the library, cultural heritage, and riches is located close to Izmir. In the Aegean region, Pergamon is high over the plain of Bakircay. Bergama (Pergamon), once a great centre of culture, survives as one of Turkey's finest archaeological sites. On the Acropolis, a hill above the modern town, are the remains of the celebrated library, a steep and impressive theatre, the Temples of Trojan and Dionysus, the monumental altar of Zeus, the sanctuary of Demeter, a gymnasium laid out on three terraces and the Agora. The Asclepion, located to the southwest of the lower city, was a sanctuary dedicated to the god of health, Asclepios.

Almost a million visitors annually visit Bergama and the ruins of the ancient city of Pergamon, the first historical town of Bergama. The first parchment to be used was one of the most significant of these. Script creation has been a major breakthrough for human history and parchment innovation was quite important as it created a medium for quick and stable script recording. Parchments were developed in such a way that the city became a major centre of arts and science during the 2nd century BC and created a bookstore of manuscripts rivalling the world-famous Alexandrian library. One of the first seven early Christian Churches was held in Pergamon, and the Bible cites its name. The first wooden stage theatre; the first trade union; the first market law; the first regulation of public buildings; first strike and collective agreement were among the first in Pergamon 's history.

The principal ruins of ancient Pergamon, which comprise all religious, social and commercial structures, are found in the Acropolis. Of these most notable, the ruins of Pergamon Library, one of the largest ruins of the world at that time, housed a collection of 200,000 manuscripts. Wow!

In the Acropolis could also be seen the base of the Grand Altar of Pergamon or the altar of Zeus. However, in the late Ottoman era, the whole superstructure of the Altar was demolished, and now it is displayed here in Berlin – the Altar and its friezes show some of the best examples of Pergamon's works of art and architecture in the Hellenistic era.

The Serapis Temple was one of the main Romanesque buildings, and because of the colour of the bricks, it was known as the Red Basilica. This remarkably large structure was transformed into a church during the Byzantine era, which is one of the first seven Churches quoted in the Bible.

The Asclepius Sanctuary, one of the most important ancient health centres, where the patients were treated with sounds of water, mud and healing spring waters. The town also stood in Pergamon, in the history of medicine and pharmaceuticals by Physician Galen, the father of pharmacology.

Informacion Adicional
"Confirmation will be received at time of booking"
"Infants must sit on laps"
"Infant seats available"
"Service animals allowed"
"Stroller accessible"
"Transportation is wheelchair accessible"
"Wheelchair accessible"
"Travelers should have a moderate physical fitness level"
"This is a private tour/activity. Only your group will participate"
"Face masks required for travelers in public areas"
"Face masks required for guides in public areas"
"Face masks provided for travelers"
"Hand sanitizer available to travelers and staff"
"Social distancing enforced throughout experience"
"Transportation vehicles regularly sanitized"
"Guides required to regularly wash hands"
"Regular temperature checks for staff"
"Paid stay-at-home policy for staff with symptoms"
"Contactless payments for gratuities and add-ons"
"Hand sanitizers and masks will be available for the best hygiene practise in our vehicles."

Duración: 8 Hours
Lugar de comienzo: Traveler pickup is offered
- Hand sanitizers and masks will be available for the best hygiene practice.
- Please be ready and waiting in your hotel lobby 15 minutes prior to your scheduled pick-up time and let the lobby staff know that you are expecting a tour guide.
- Comfortable shoes are advised
- Wheelchair users must inform our agent whether guest(s) is/are fully dependent on the chair or partly able to walk or move.
- Cruise port pickups from Izmir International Cruise Port are included in the tour price.
- Izmir Adnan Menderes Airport pick up service is included in the tour price