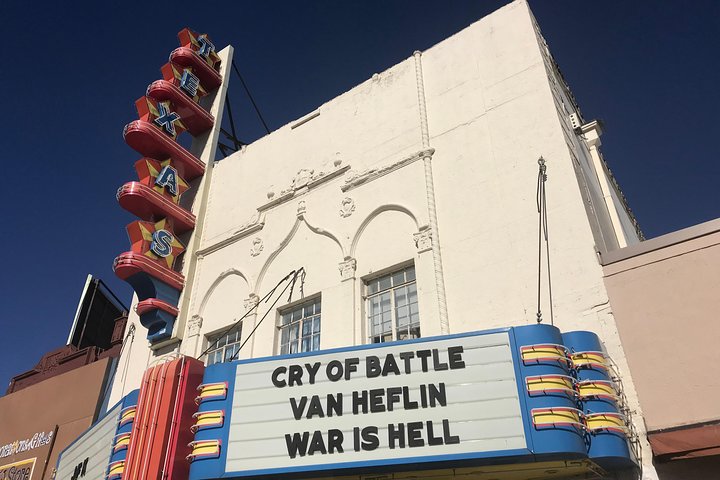 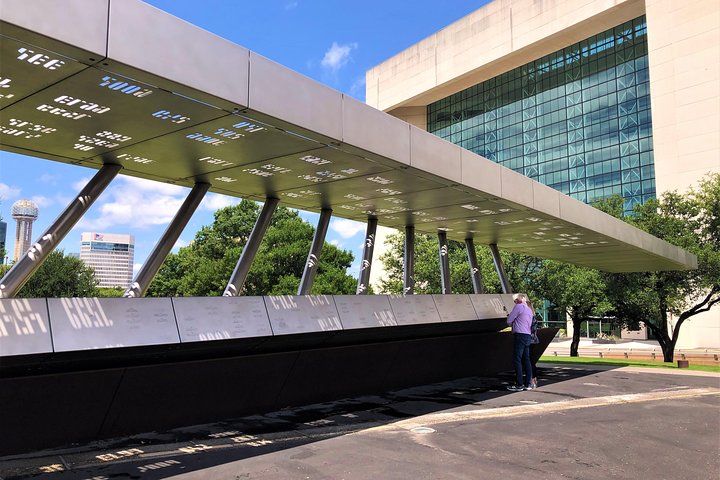 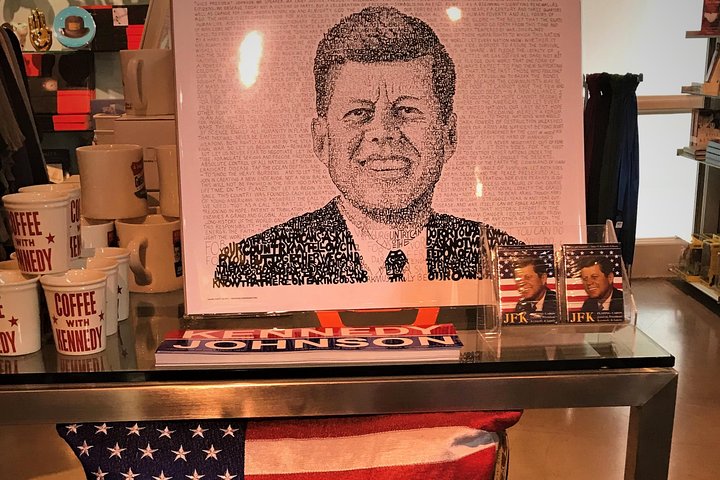 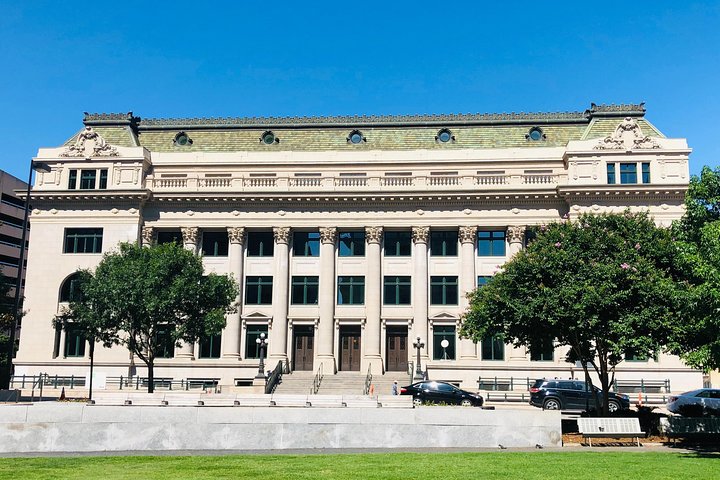 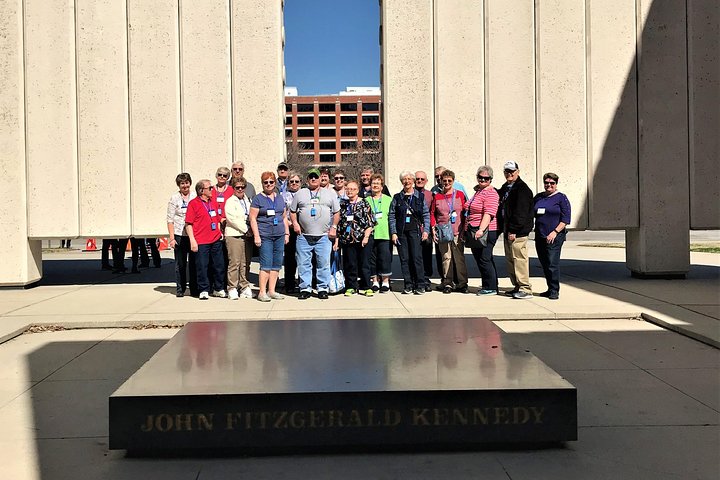 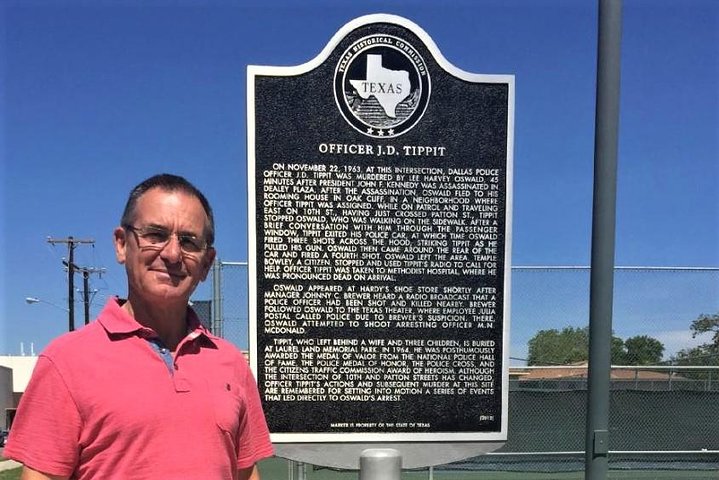 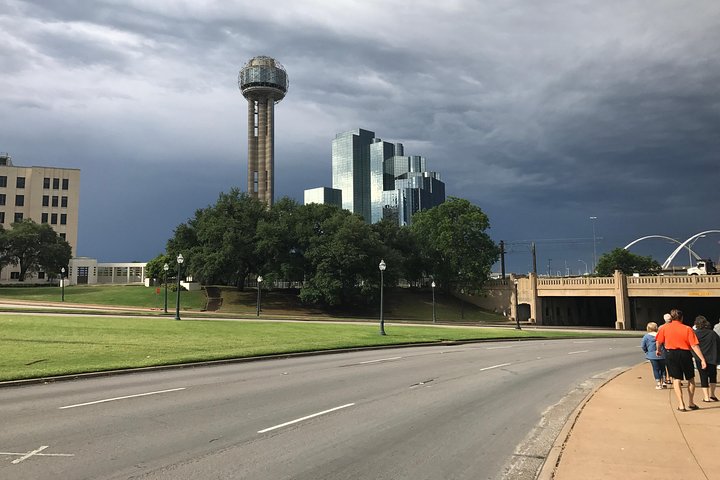 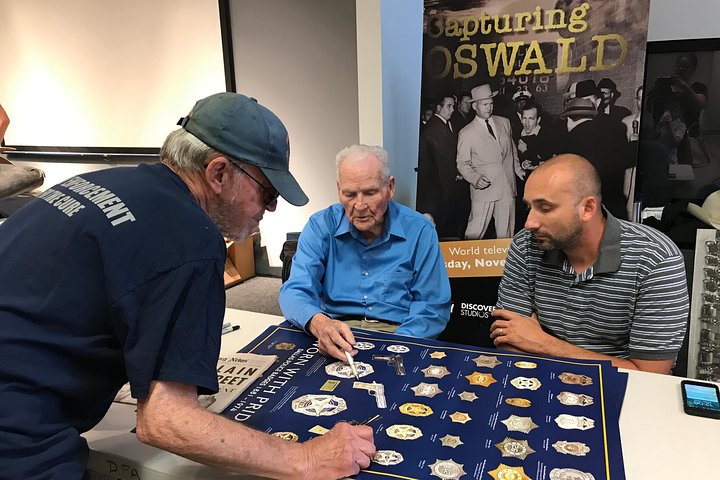 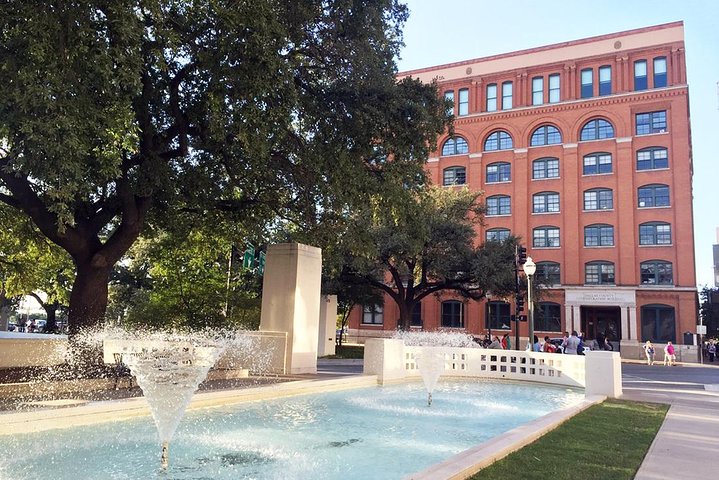 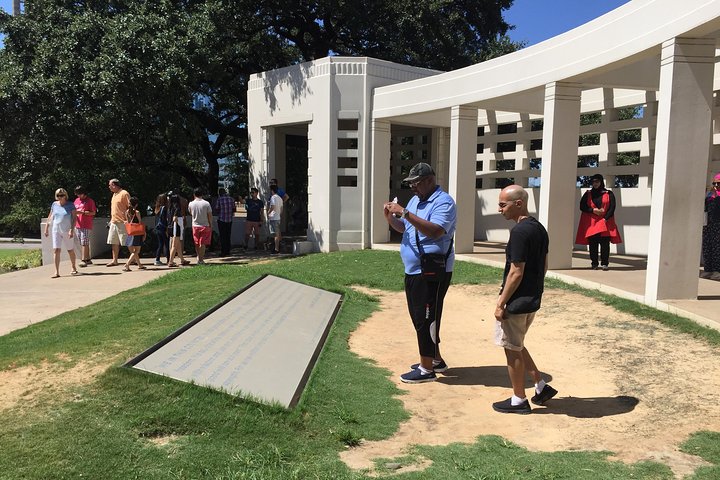 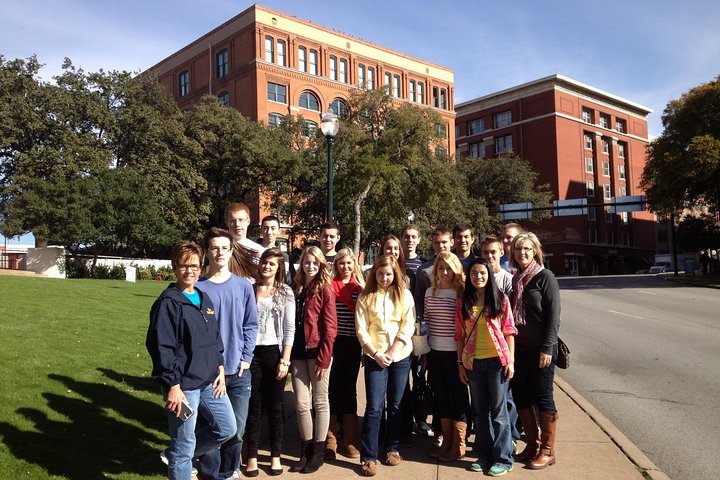 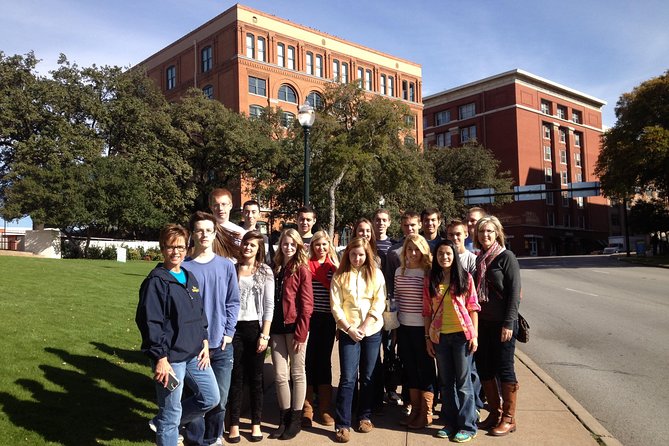 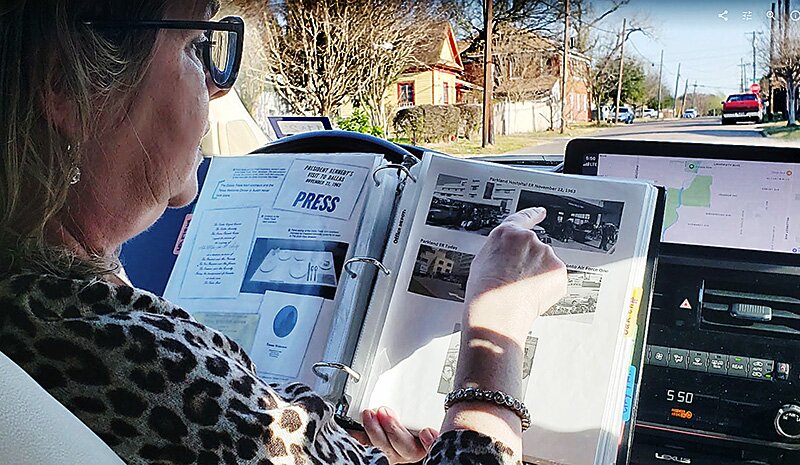 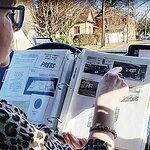 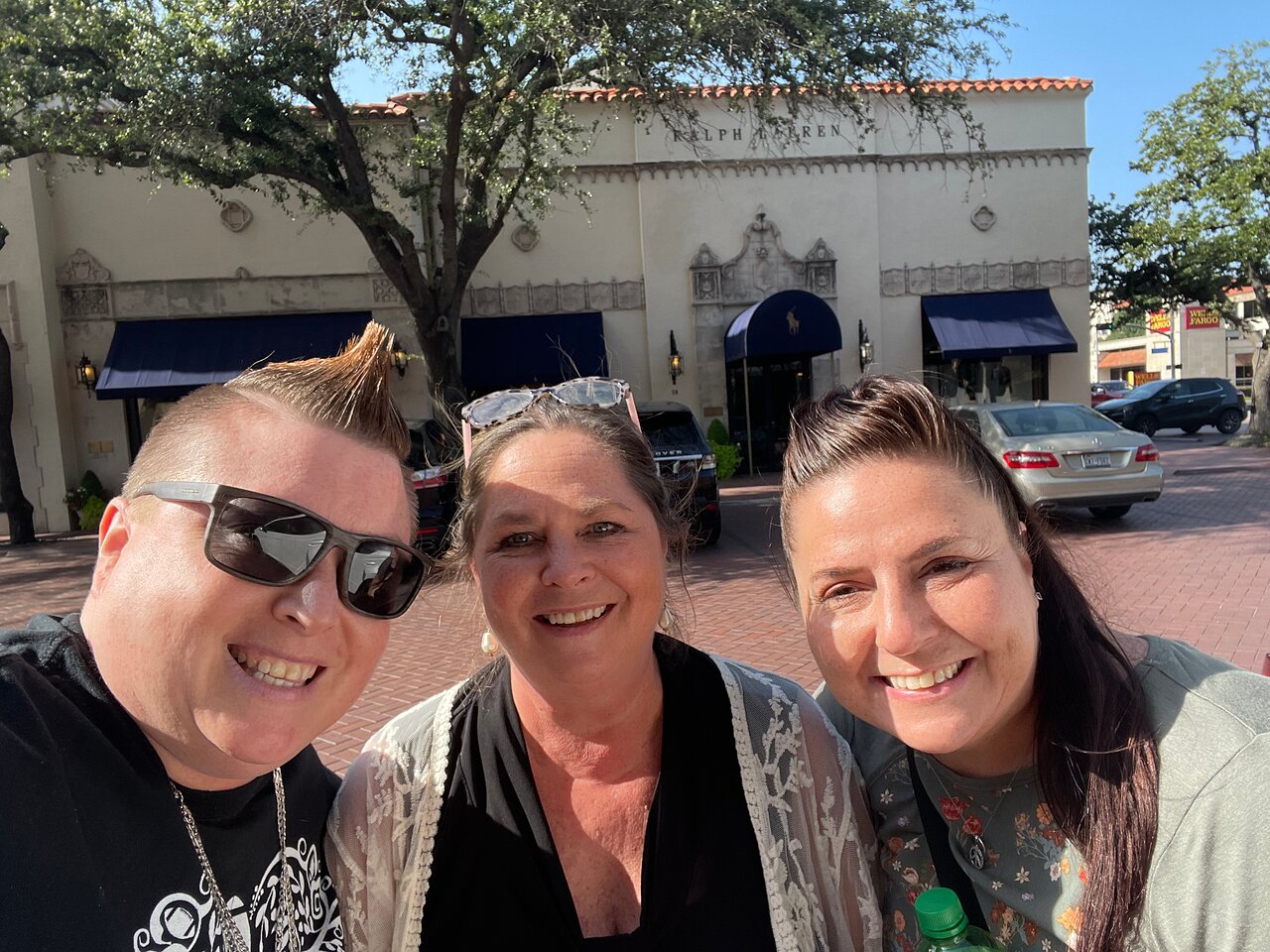 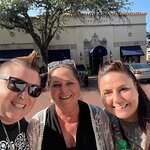 Experience the JFK tragedy firsthand. This fascinating tour begins with a visit to the aesthetically simple, Kennedy Memorial; a thoughtful piece of art; the space is intended for reflection and remembrance.

Visit Dealey Plaza; a public park in downtown Dallas and the site of President John F. Kennedy’s assassination. As you walk through Dealey Plaza with your Tour Guide, learn about the Presidential motorcade route and stop at the infamous Grassy Knoll, where bystanders heard gunshots. Learn about the Sixth Floor Museum at Dealey Plaza (which commemorates the life and legacy of JFK); now located within the building formerly known as the Texas School Book Depository. See the “corner window” used by the alleged assassin, Lee Harvey Oswald. Hear details of key evidence, the Warren Commission Report, the role of the Secret Service Agents, eyewitness accounts, the Zapruder film and discuss the conspiracy theories. Depart Dealey Plaza and trace Kennedy’s presidential limousine's route to Parkland Hospital; where questionable decisions were made in the midst of the crisis. Hear accounts from the ER doctors, the tragic moments Jackie Kennedy experienced and the welfare of severely injured Governor Connally. In route, you will stop at the Dallas Trade Mart, where JFK was schedule to be the guest of honor and deliver a speech at a luncheon hosted by Dallas dignitaries.

Drive the route of the presidential motorcade as it left Dallas' Love Field Airport heading towards downtown. Learn about Kennedy's plans for his trip to Texas.

Stop by Main Street Gardens to see the Old Municipal Building. In 1963, this was the home of the Dallas Police Headquarters and the Dallas city jail where Lee Harvey Oswald was held over the weekend. Your guide will cover the circumstances that lead to the shooting of Lee Harvey Oswald by nightclub owner, Jack Ruby.

Trace Lee Harvey Oswald's footsteps as he fled the Texas School Book Depository to the Dallas neighborhood of Oak Cliff. Stop by Oswald's boarding house that still stands today. Visit the corner of 10th and Patton St.; the site where Oswald fatally shot Dallas Police Officer J. D. Tippit. Follow the expected route Oswald took as he fled the scene, to the famous Texas Theatre, where he was captured and arrested after a struggle with the Dallas Police.

Informacion Adicional
"Confirmation will be received at time of booking"
"Not wheelchair accessible"
"Near public transportation"
"Most travelers can participate"
"This is a private tour/activity. Only your group will participate"
"Hand sanitizer available to travelers and staff"
"Transportation vehicles regularly sanitized"
"Contactless payments for gratuities and add-ons"