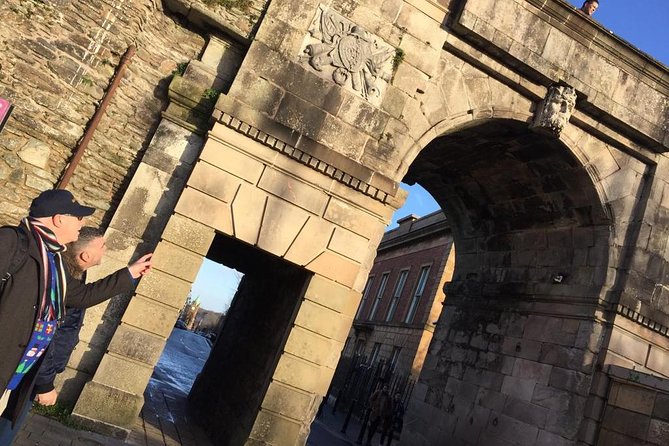 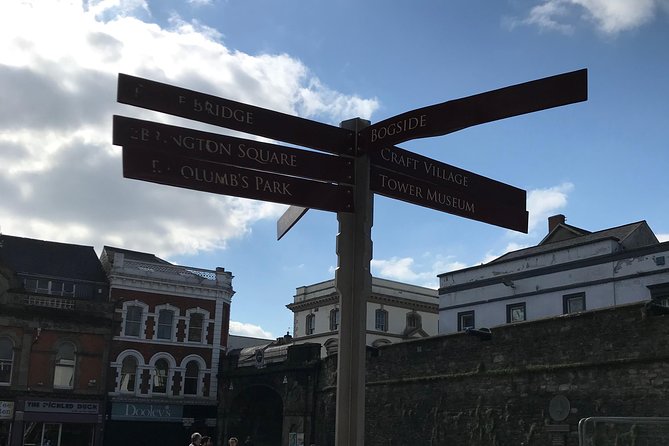 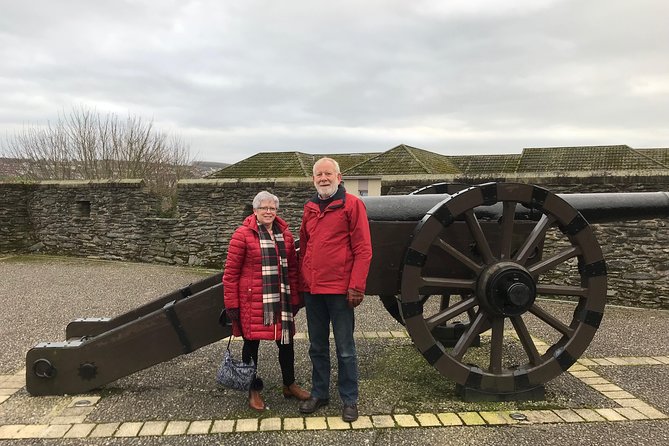 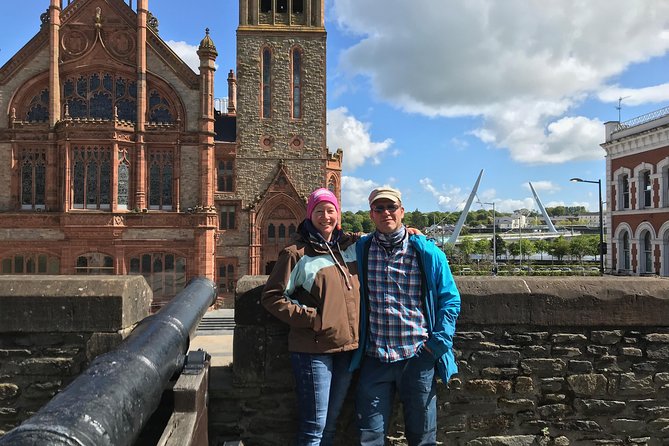 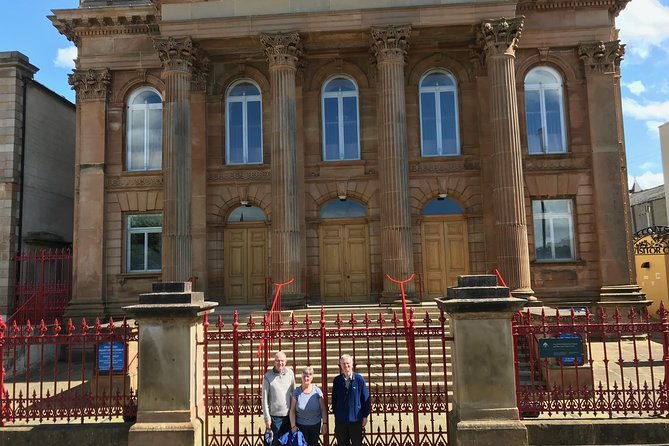 Book as 1 adult.Max Group size is currently 5 due to Covid-19 restrictions.
"A dash around the Walled City"
This tour suits a group of visitors who are limited for time and gives a condensed version of the city's history as well as pointing out many historical sites and buildings visible from the City's Walls.
It can be customised around a Group's interests.

A small garden containing a lit flame of peace

Enter the Walls at Water Bastion, beside Central Library

The city's main theatre and an interesting sculpture on the Walls.

The mural of the Derry Girls Comedy TV Series.

History of city, including the Closing of the Gates in the Great Siege

A view into the Fountain Estate from the Walls.

History of the city, in particular the Great Siege of Derry.

A visit to Double Bastion and a panoramic view of the west of the city including the Bogside and Free Derry Wall.

The site of St Columb's 543 monastery.

The museum of the Apprentice Boys of Derry.

The oldest Presbyterian Church in the city

History of the city - in particular the Great Siege

The main museum in the city

Informacion Adicional
"Confirmation will be received at time of booking"
"Not wheelchair accessible"
"Stroller accessible"
"Service animals allowed"
"Near public transportation"
"Most travelers can participate"
"This experience requires good weather. If it’s canceled due to poor weather, you’ll be offered a different date or a full refund"
"This is a private tour/activity. Only your group will participate"
"Face masks provided for travelers"
"Hand sanitizer available to travelers and staff"
"Social distancing enforced throughout experience"
"Guides required to regularly wash hands"
"Regular temperature checks for staff"
"Temperature checks for travelers upon arrival"