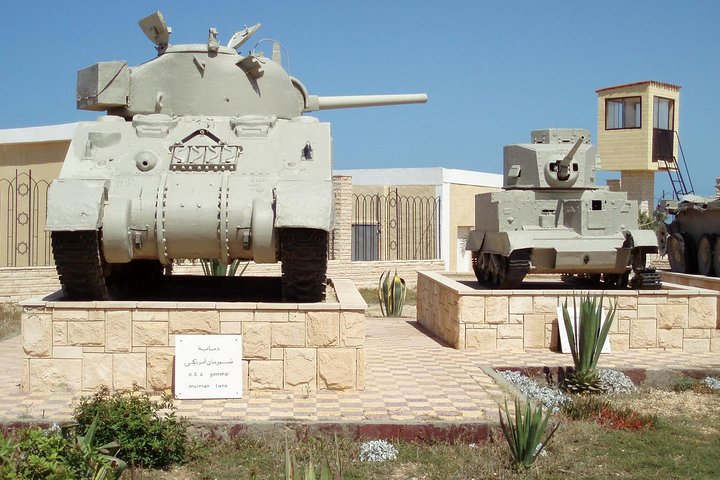 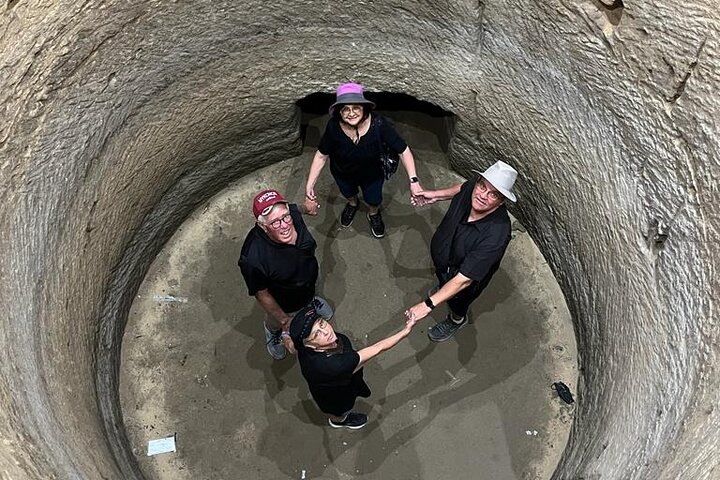 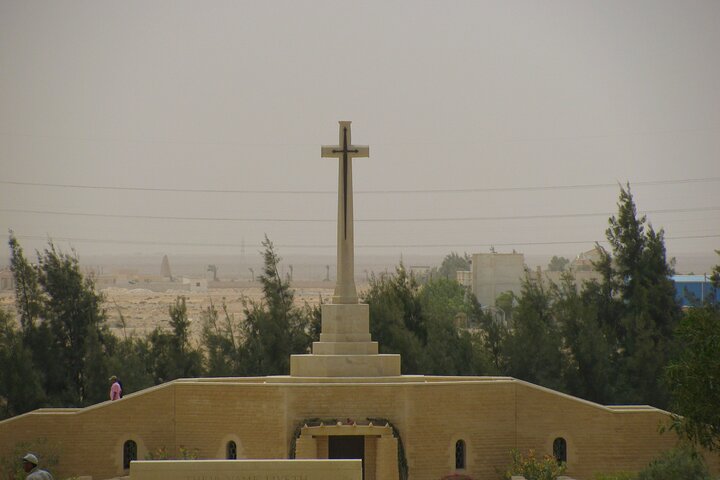 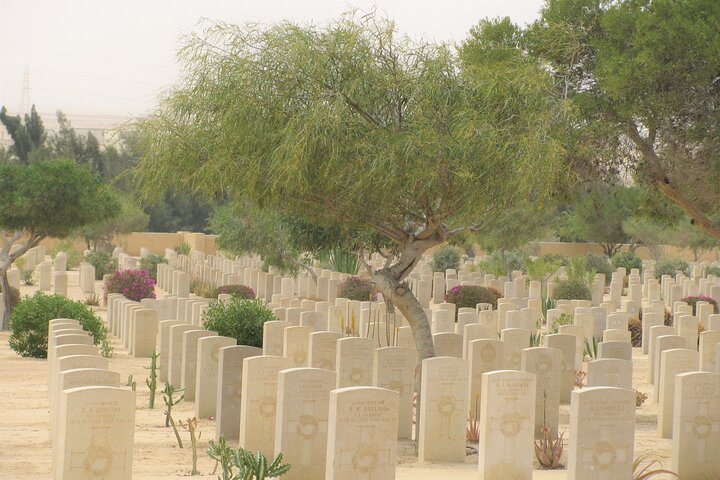 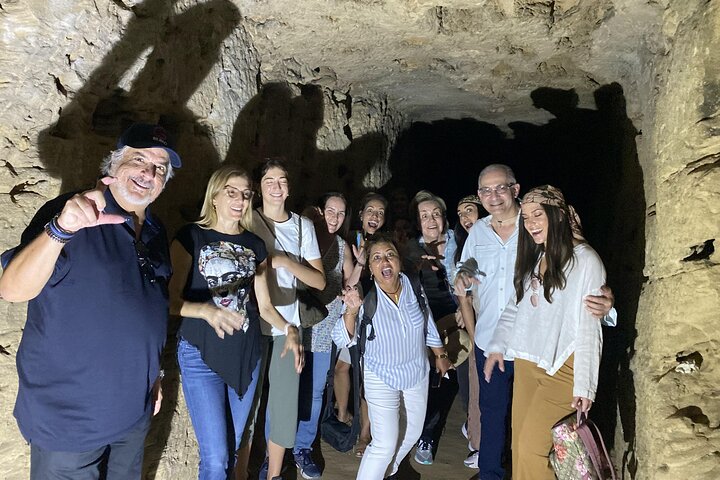 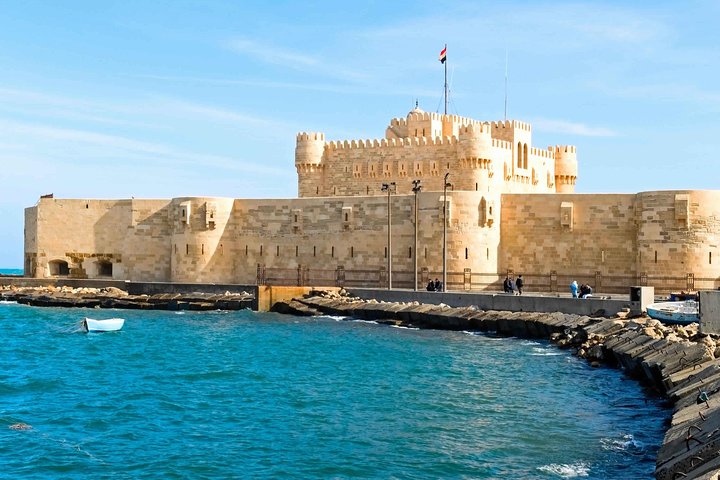 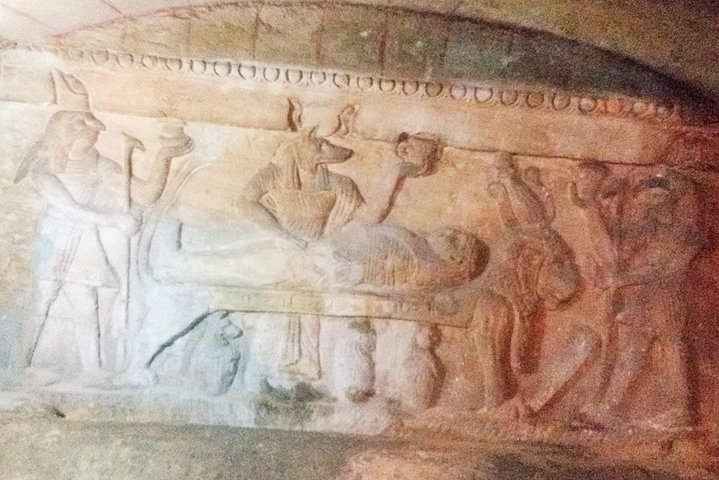 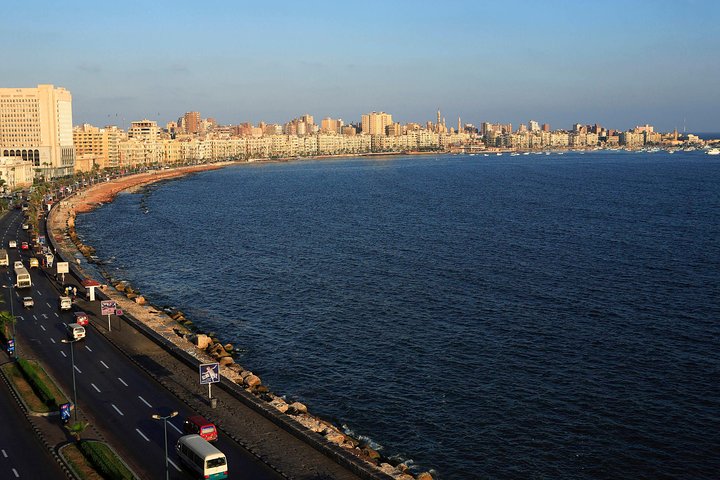 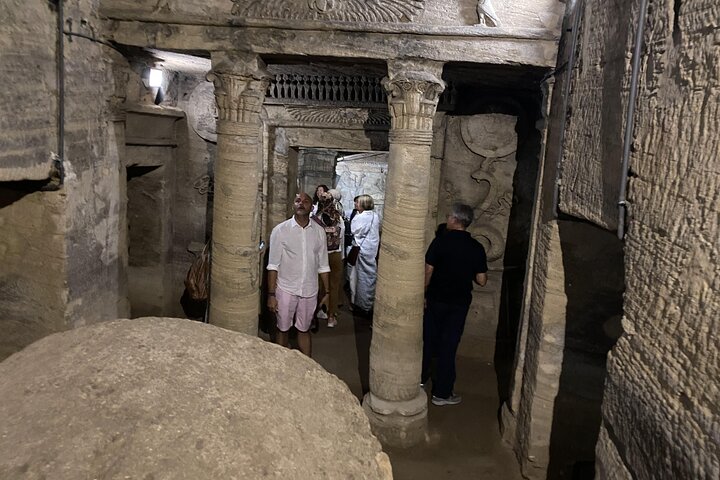 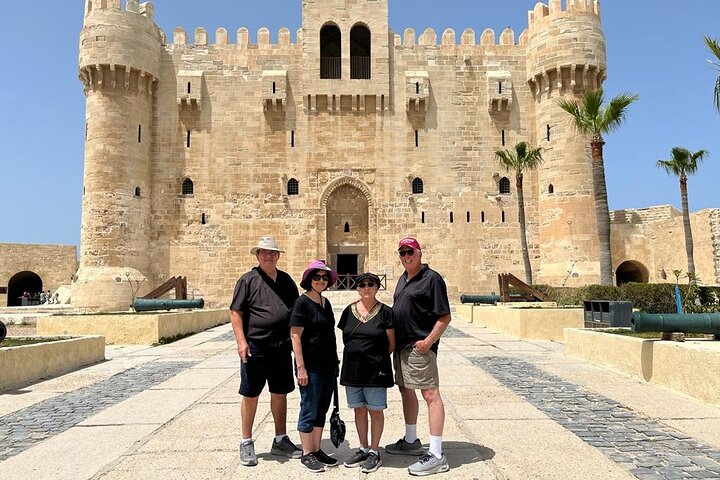 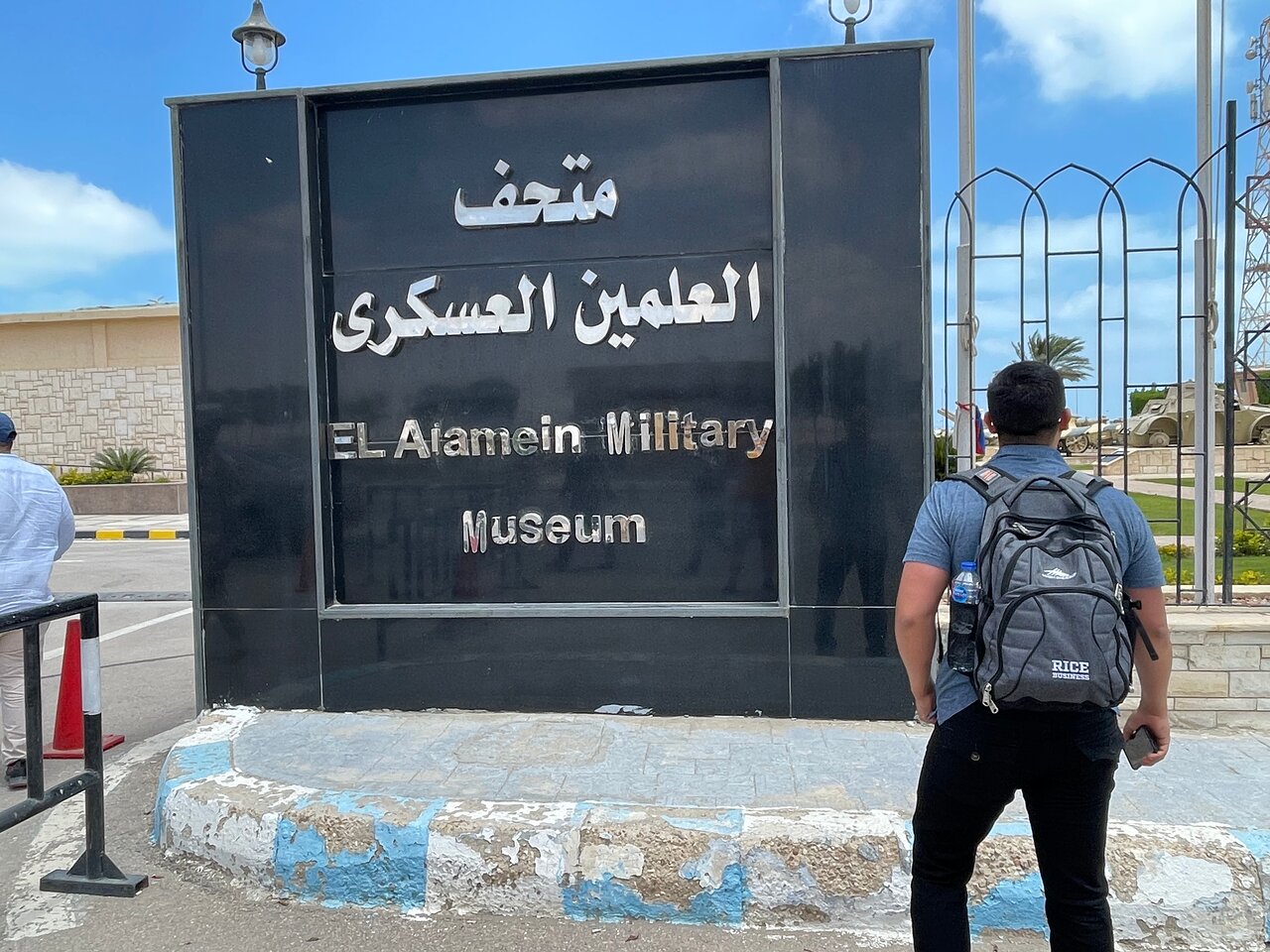 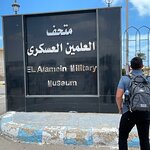 Full day trip to El Alameien and Alexandria, start with a visit to El Alamein Battlefield day Trip take a day trip to the Ware cemetery and the Military Museum
Visit the Battlefield of World War II side by side Starting with El-Alamein War Museum and the War Cemetery that is known as the Commonwealth Cemetery then move to Alexandria Visit the best places in Alexandria start by visiting the Roman Theater then visit the Catacomb tomb the underground tomb back to the third century, after that have lunch break then visit the fortress of Qitbay the original location of the ancient lighthouse of Alexandria it was one of the Seven Wonders of the World. have lunch at Alexandria

This museum is an excellent introduction to the North African campaigns of WWII, including the Battle of El Alamein. The museum has separate halls dedicated to the four main countries involved in the war: Great Britain, Italy, Germany and Egypt. Another hall contains collections of memorabilia, uniforms, photos and maps. On display outside is a range of tanks and artillery from the battlefield.

The Commonwealth War Cemetery is a haunting place where more than 7240 tombstones stand in regimented rows between beautifully tended desert plants. Most of the Commonwealth soldiers who lie here died in the Battle of El Alamein at the end of October 1942 and in the period immediately before that. As you enter, a separate memorial commemorating the Australian contingent is to your right. The cemetery is about 1km east of El Alamein's War Museum.

Archaeological site featuring the remains of an ancient Roman theater, baths & a villa with mosaics.

The necropolis consists of a series of Alexandrian tombs, statues and archaeological objects of the Pharaonic funeral cult with Hellenistic and early Imperial Roman influences. Due to the time period, many of the features of the catacombs of Kom El Shoqafa merge Roman, Greek and Egyptian cultural points; some statues are Egyptian in style, yet bear Roman clothes and hair style whilst other features share a similar style. A circular staircase, which was often used to transport deceased bodies down the middle of it, leads down into the tombs that were tunneled into the bedrock during the age of the Antonine emperors (2nd century AD).[1] The facility was then used as a burial chamber from the 2nd century to the 4th century, before being rediscovered in 1900 when a donkey accidentally fell into the access shaft. To date, three sarcophagi have been found, along with other human and animal remains which were added later. It is believed that the catacombs were only intended for a single family, but it is unclear why the site was expanded in order to house numerous other individuals.

The Great Library of Alexandria in Alexandria, Egypt, was one of the largest and most significant libraries of the ancient world. The Library was part of a larger research institution called the Mouseion, which was dedicated to the Muses, the nine goddesses of the arts.[10] The idea of a universal library in Alexandria may have been proposed by Demetrius of Phalerum, an exiled Athenian statesman living in Alexandria, to Ptolemy I Soter, who may have established plans for the Library, but the Library itself was probably not built until the reign of his son Ptolemy II Philadelphus. The Library quickly acquired a large number of papyrus scrolls, due largely to the Ptolemaic kings' aggressive and well-funded policies for procuring texts. It is unknown precisely how many such scrolls were housed at any given time, but estimates range from 40,000 to 400,000 at its height.

The Citadel of Qaitbay is a 15th-century defensive fortress located on the Mediterranean sea coast, in Alexandria, Egypt. It was established in 1477 AD by Sultan Al-Ashraf Sayf al-Din Qa'it Bay. The Citadel is situated on the eastern side of the northern tip of Pharos Island at the mouth of the Eastern Harbour.

Informacion Adicional
"Confirmation will be received at time of booking"
"Children must be accompanied by an adult"
"Vegetarian option is available, please advise at time of booking if required"
"Wheelchair accessible"
"Infants must sit on laps"
"Most travelers can participate"
"This is a private tour/activity. Only your group will participate"
"Face masks required for travelers in public areas"
"Face masks required for guides in public areas"
"Face masks provided for travelers"
"Hand sanitizer available to travelers and staff"
"Social distancing enforced throughout experience"
"Regularly sanitized high-traffic areas"

Hora de Inicio: 07:30 AM
Duración: 8 Hours
Lugar de comienzo: Traveler pickup is offered
Pick up from Cairo and pick time will be sent by email