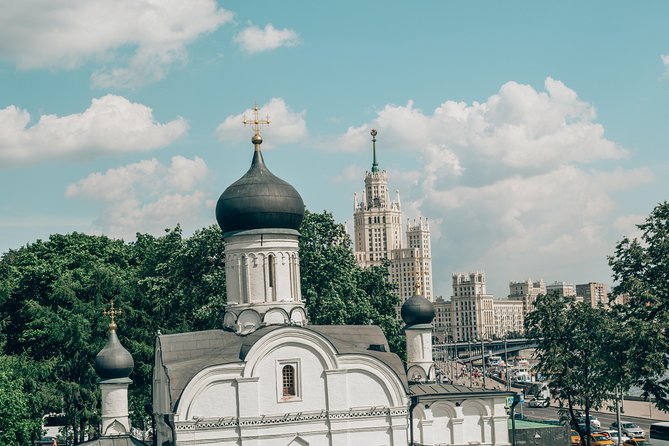 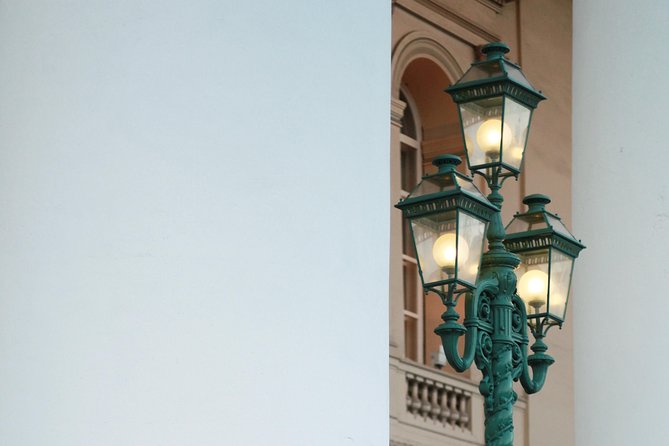 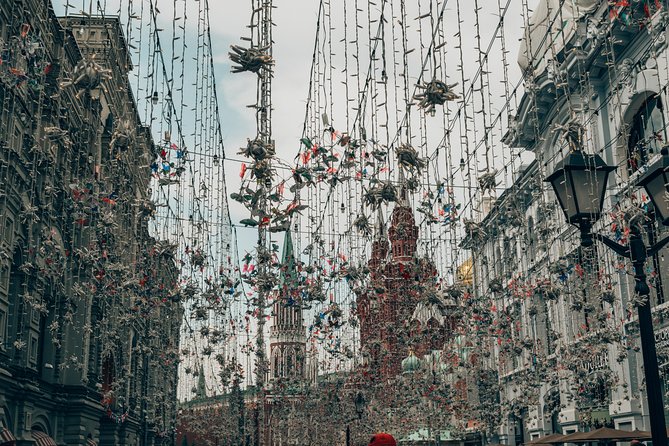 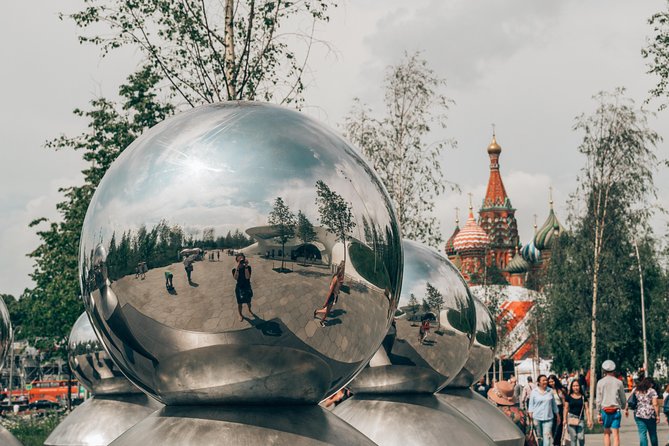 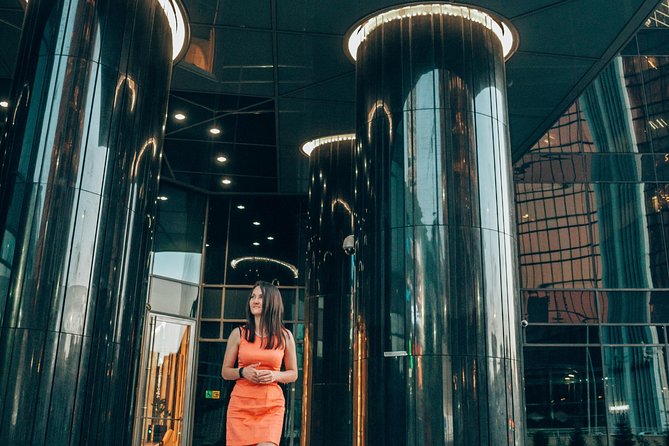 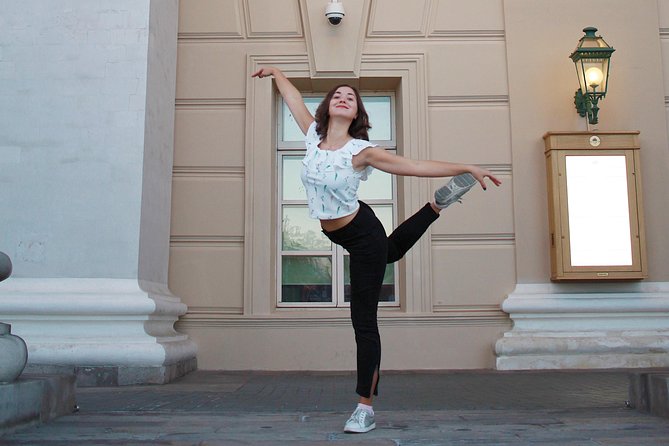 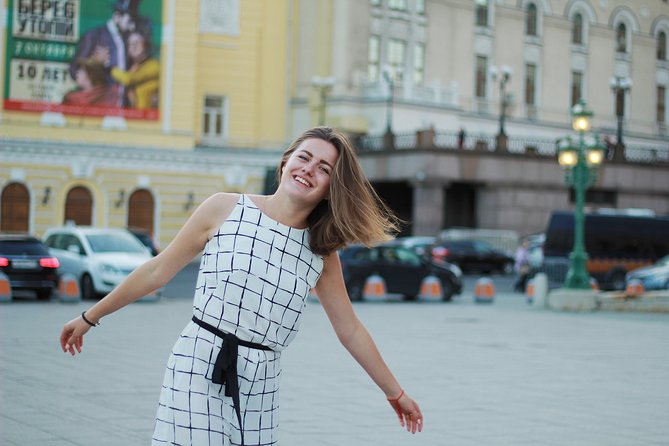 This 4-hour private tour is a perfect way to see the city of rich history (almost 870 years!) all dazzling with colorful cathedrals, domes, baroque architecture, beautiful parks and fountains.

Your private guide will show you iconic landmarks and finish the tour at the Bolshoi Theater (if you book Red Square and Bolshoi tour) where you will join a one-hour group tour in English exploring one of most prominent theaters in the world.

Highlights:
• Hit the best sights and must-see attractions in Moscow
• Explore the cozy nooks of Old Town of Moscow
• Get a taste of the ancient streets and squares
• Listen your guide’s stories about Ivan the Terrible, Lenin and Stalin
• Roam through the historical district, Alexander Garden and the main street of Moscow
• See the oldest fortress in Russia, one of the largest in Europe
• Drop into a local bakery for delicious culinary masterpieces

Book your preferred tour option and say goodbye to your travel books and privet (greetings) to Moscow’s streets! On either tour, meet your private guide in hotel lobby and learn fun facts, stories, and legends about Moscow, and tick its top attractions off your must-see list.

Enjoy the views of St. Basil’s Cathedral, commissioned by Ivan the Terrible and completed in 1560. Hear the story that Ivan had its architects blinded afterward to feel safe that such a masterpiece could never be built again.

See the GUM shopping arcade and after time for coffee (own expense) or photos.

Head inside the Bolshoi Theater to join a 1-hour tour. Imagine the audiences of 19th-century imperial Russia as you view the lavish interiors of what is one of Russia’s oldest and biggest theaters, and learn how the Bolshoi is depicted on the country’s 100-ruble banknote.

After visiting Red Square, take in the GUM shopping arcade, shopping for souvenirs and if you wish, tasting some of GUM’s classic ice cream (own expense).

Make a quick stop at Lenin’s Mausoleum to see the deceased national figure (closed Mondays and Fridays and only seen from outside during the high season).

Visit Alexander Garden to see its mock ruined grotto and Tomb of the Unknown Soldier, with its Eternal Flame.

Visit the Big Moskvoretsky Bridge for great views of the Kremlin’s walls and 20 towers, the largest and oldest fortress in Russia, and learn about the 14th-century Prince Dmity Donskoy who began its construction.

Head into the Kitay-Gorod district, one of Moscow’s oldest districts, and see the Kitay-Gorod Wall, Tretyakov Passage, and Nikolskaya and Varvarka streets. Admire the old buildings and hear their history and secrets.

Get awed with ancient Russian architecture and prepare your cameras!

View the 16th-century Old English Court and Romanov Chambers, dedicated to Russia’s second tsarists dynasty, to appreciate what a city can do with almost 900 years of inspiration.

Soak in the city’s Soviet past on a stroll along Tverskaya, its main street.

Wander along Kamergersky Lane and Kuznetsk Bridge Street, the birthplace of Russian fashion and a popular meeting spot for locals.

Stop for photos of the legendary and historical Bolshoi Theater, National hotel and Metropol hotel

Visit the observation deck of the Detsky Mir department store for panoramic views of the city and Kremlin.

Informacion Adicional
"Confirmation will be received at time of booking"
"Private walking tour"
"Operates in all weather conditions, please dress appropriately"
"Please indicate prefer start time in comments when booking"
"The tour can be modified to meet your preferences"
"Not wheelchair accessible"
"Stroller accessible"
"Near public transportation"
"Travelers should have a moderate physical fitness level"
"This is a private tour/activity. Only your group will participate"

Duración: 4 Hours
Lugar de comienzo: Traveler pickup is offered
Your guide can meet you at your hotel, hostel or vacation rental.
You don't need to call to confirm the tour. The local supplier will contact you via email