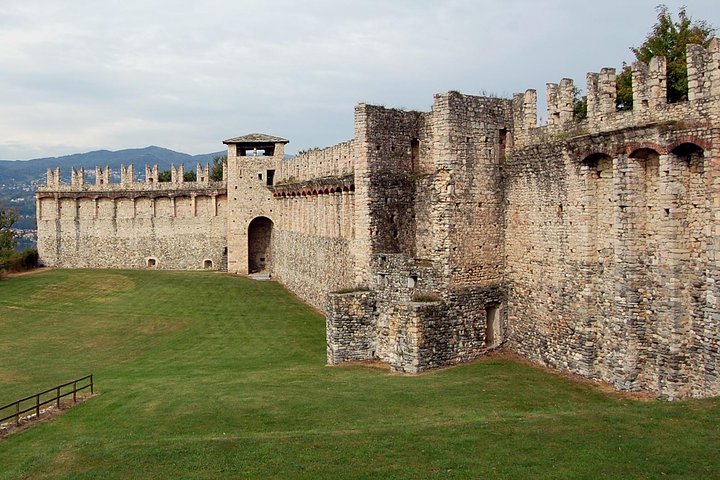 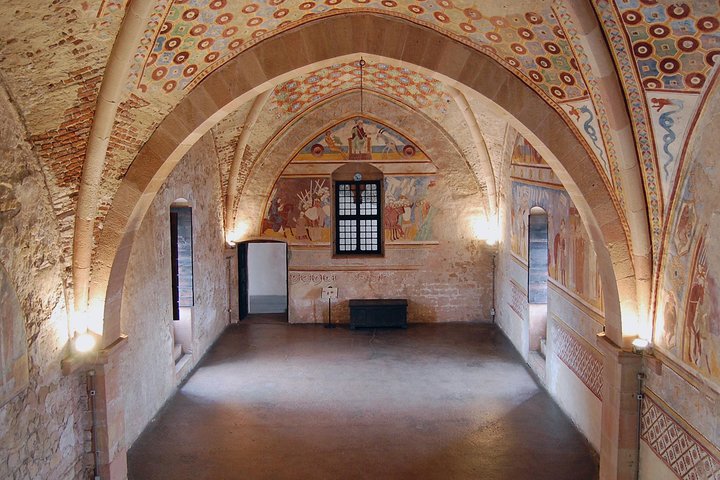 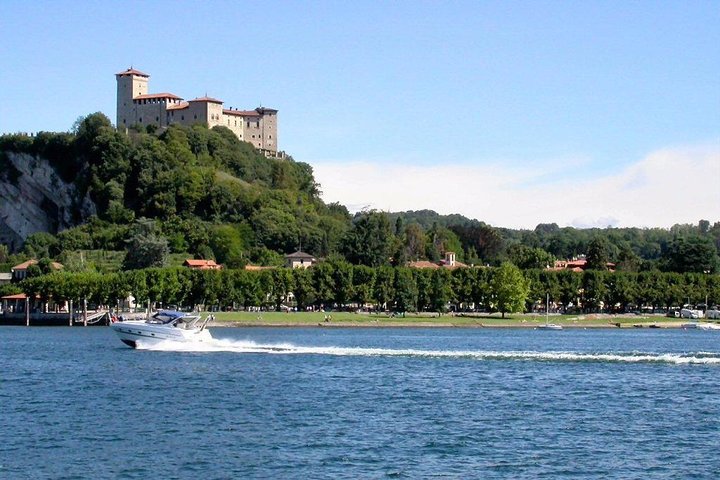 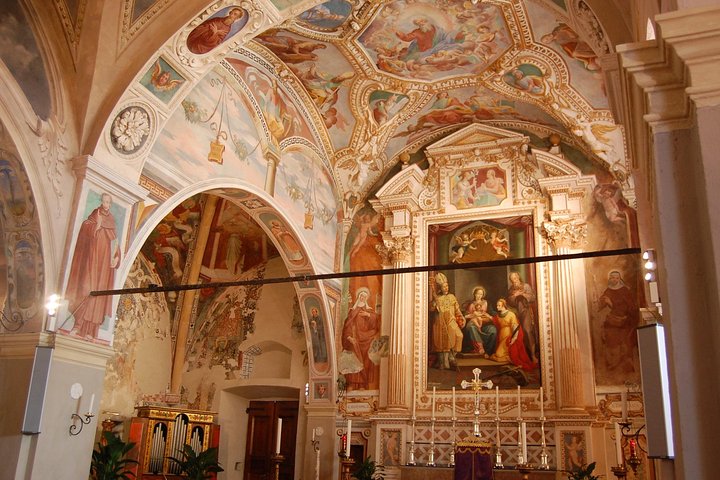 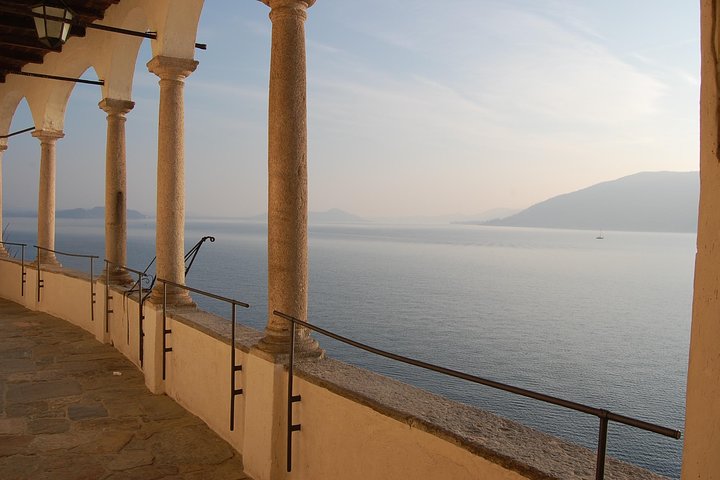 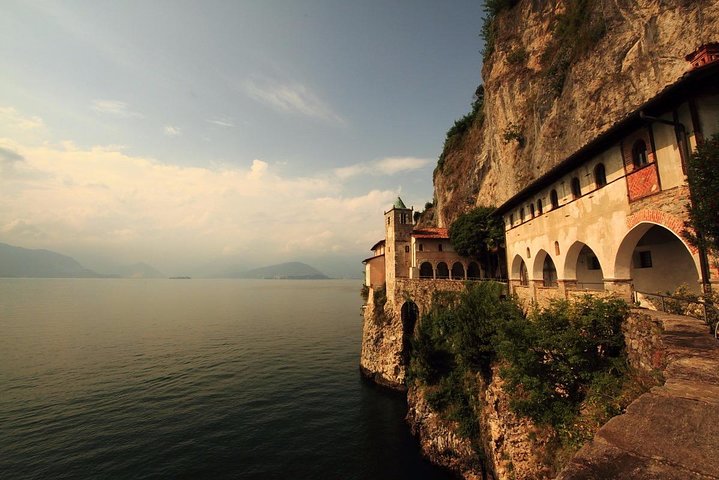 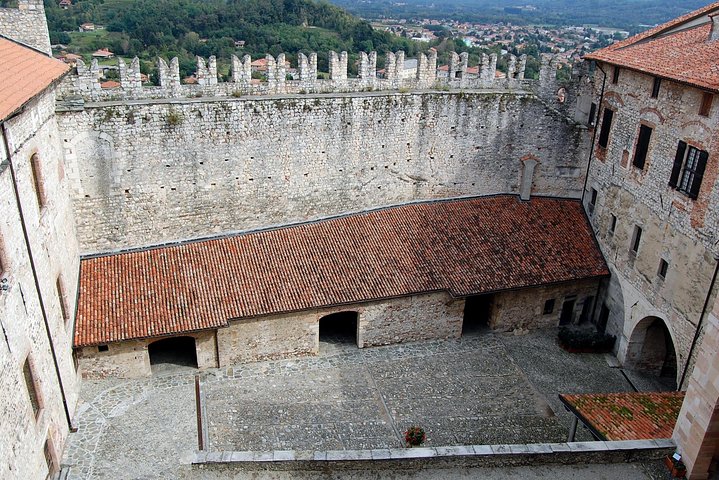 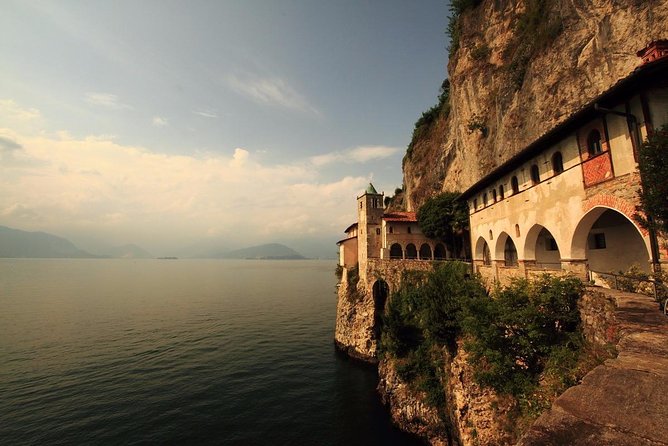 A private panoramic and original tour around Lake Maggiore

The two sides of Lake Maggiore are amazingly different: westwards, the sweet sines of the gulf on which Stresa and Baveno lay, in front of the charming Borromean Islands with their botanical gardens and villas. Eastwards, the deep waters in which high and wooded cliffs tumble down.
This private tour will allow you to enjoy this beautiful diversity, taking you to the discovery of two jewels, built sheer up on the water: the Borromean fortress of Angera, now a museum with, amazing Medieval decorations, the massive tower, from which your gaze can abrace a beautiful panorama and its Medieval garden. Then, the Hermitage of Santa Caterina, a religiuos complex perched on the cliff , overlooking Lake Maggiore. You'll realize how beauty has really occupied any possible space in these surroundings.

This small town, standing on the Western coast of Lake Maggiore in the so-called Borromea Gulf, is one of the most visited touristic sites of entire Piemonte. Its territory includes three of the four Borromean Islands: Isola Bella, Isola Madre and Isola Superiora, also named Isola dei Pescatori. The first recorded file about the town is dated 998, but even in the Roman age, the way leading from Milan to the Sempione pass ran by this site.

This fortress dominates the Southern edge of lake Maggiore. It was gradually built enclosing different cores, between the 11th and the 17th century. Several families took part to the building: the Scaligeris, the Viscontis, the Borromeos.
The interiors feature several frescoed halls, including the outstanding "Sala di Giustizia", decorated in the 13th century by the so-called Maesto di Angera. Since 1988, the castle has hosted the Museum of dolls and puppets, founded by lady Bona Borromeo Arese.
Another remarkable feature of the castel is its Medieval gardens, hosting a collection of rare herbs and plants described in ancient documents.

According to the tradition, this amazing monastery was founded as a simple chapel in the 12th century by a merchant, survived to a storm and then retired here in prayer and contemplation. The two churches of San Nicolao and Santa Maria Nova, in the 14th century, originated the actual monastery. A religious community survived until 1770, when the monastery was suppressed. after a massive restoring in the 1970s, it reopened in the Eighties. The hermitage has been a National monument since 1914.

Informacion Adicional
"Confirmation will be received within 48 hours of booking, subject to availability"
"Not wheelchair accessible"
"Most travelers can participate"
"This is a private tour/activity. Only your group will participate"
"Face masks required for travelers in public areas"
"Face masks required for guides in public areas"
"Hand sanitizer available to travelers and staff"
"Social distancing enforced throughout experience"
"Regularly sanitized high-traffic areas"
"Gear/equipment sanitized between use"
"Transportation vehicles regularly sanitized"
"Guides required to regularly wash hands"