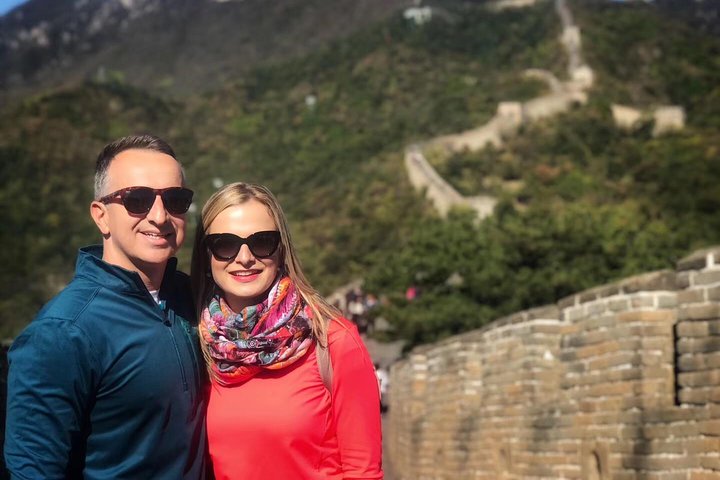 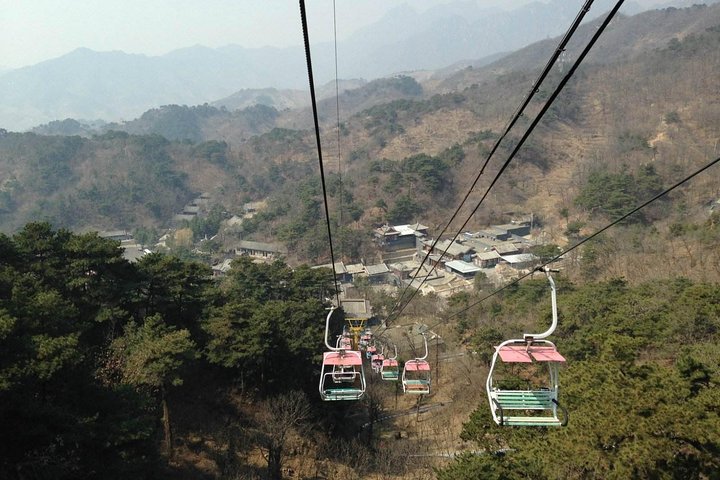 All inclusive private tour package covering the whole day adventure at the Mutianyu section of the Great Wall, including the cable car round trip, Countryside style delicious lunch at local restaurant, underground palace at the Ming Tombs. You will have your own English speaking guide and private vehicle. Tour guide will accompany you all the way and offer detailed histories about the sites. You will travel the sites at your own pace.

This private tour to Mutianyu Great Wall and Ming Tombs (Dingling) will give you an exquisite and unique feeling of Beijing trip.

Your guide and driver will meet you in your hotel's lobby in Beijing, then drive to the famous Mutianyu Great Wall.

You will driving pass by the Olympic park on the way.

Once arrive at the The Mutianyu Great Wall,you’ll enjoy a less hurried experience and take time to marvel at this wondrous structure and the surrounding hillsides that look north toward Mongolia.The Great Wall at Mutianyu was built and restored in the early Ming Dynasty (1368 – 1644), on the remnants of a Wall originally built in the Northern Qi Dynasty (550-577). Reconstruction took place under the supervision of Xu Da, one of the founding generals of the Ming Dynasty, who was responsible for building a Wall from Shanhaiguan in the east to as far as Mutianyu. The Ming pass at Mutianyu was officially proclaimed in 1404, where is would serve as an important symbol of protection from marauding nomads to the north.

Stop at a Local Restaurant for lunch. Huairou district is famous for their chestnut ,mushroom and trout.Here you will have various choice of countryside style of cuisine

Then heading to Ming Tombs.

After the tour, you will be transferred back to your hotel in Beijing City.

Informacion Adicional
"Confirmation will be received at time of booking"
"Vegetarian option is available, please advise at time of booking if required within Special Requirements"
"Infants (1-3 years old) are free if not individually occupying a seat"
"Wheelchair accessible"
"Stroller accessible"
"Infants must sit on laps"
"Infant seats available"
"Most travelers can participate"
"This is a private tour/activity. Only your group will participate"