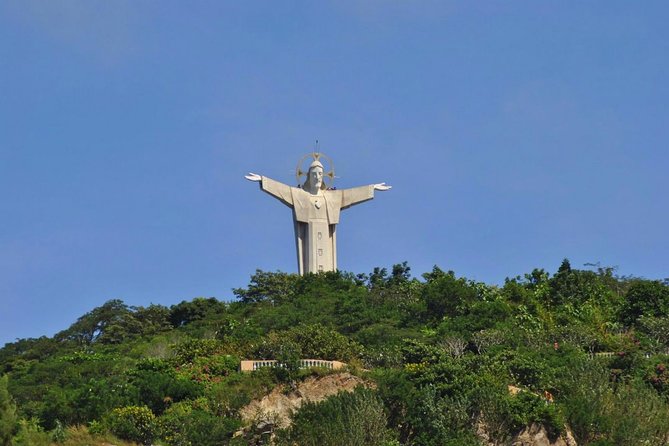 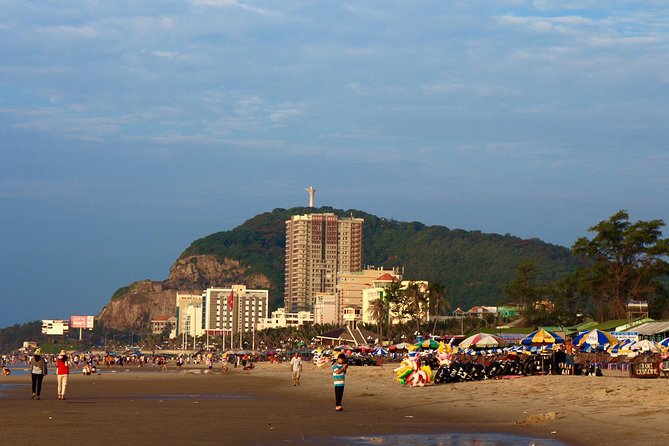 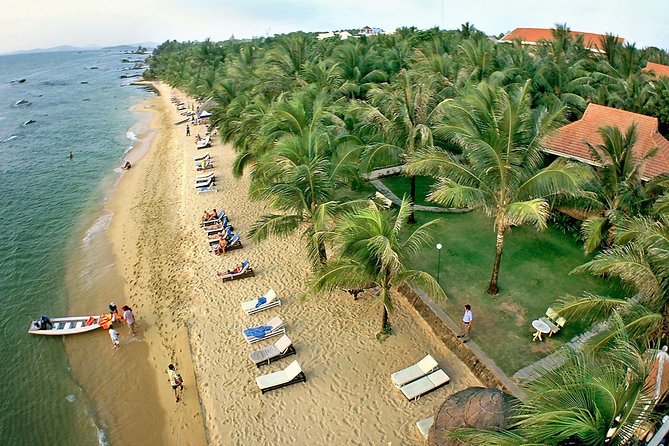 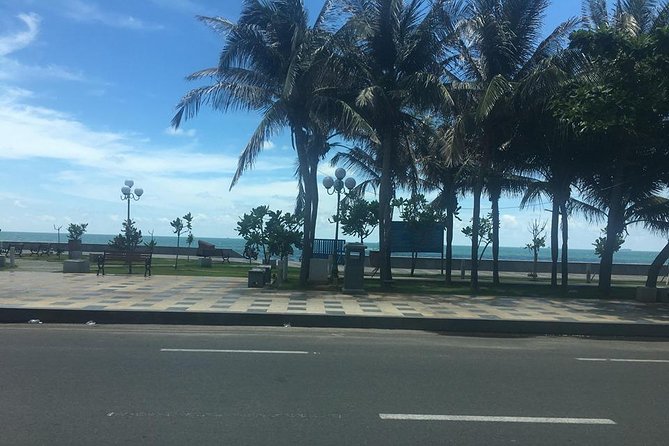 The tours take us over 2 hours to visit Vung Tau City by air con tourist bus or private transport or approximately 1 hour 15 minutes to go there by the high speed hydrofoil from Ho Chi Minh City. There are some ideal destinations that the nature has sent such as Front Beach, Back Beach, Pinapple Beach, Mulberry Beach. Vung Tau has been remarkable not only by beautiful beaches, entertainment areas, but also some unique festivals such as Dinh Co Festival, Nghinh Ong Festival, Thang Tam Festival, Feast of Mary and Mother of God. Moreover, you will see many other extraordinarily wonderful and charming landscapes in Vung Tau.

10:30 am, Arriving in Vung Tau and enjoying free time at Thuy Van beach (Back beach) – one of the nicest beaches in Vietnam with the shore runs for almost 10km, full with fine sands and white waves.

Then, we have authentic Vietnamese lunch at a local restaurant.

After lunch, we visit Jesus Christ Statue by walking up the 847 stairs and meeting the 32 meter-tall (105 feet) statue of Jesus Christ. Considered one of the tallest statues of Christ in Asia, its outstretched arms span a little over 18.4 meters. Originally started in 1972 but the construction was only completed in 1993. The adventurous are welcome to climb to the top of inside Christ' arms and enjoy the breathtaking panoramic view of Vung Tau city.

The second destination is Thang Tam Temple (Whale Temple). The temple displays the bones which came to symbolize the protector deity of the coast. Now, each time a carcass of a whale washes ashore, the bones are ceremonially hauled to the mausoleum.

We also discovery the Vung Tau's nicest colonial era mansion - Bach Dinh. It was built as a retreat for French Governor of Indochina Paul Doumer at the beginning of the 20th century.

Cape Nghinh Phong is final sight before we leave this beautiful coastal city. The Cape is the cliff of Vung Tau and has unobstructed views of Vung Tau City as well as the East Sea.

5:00 pm, we come back Ho Chi Minh city. On the back way, taking a short break at Long Thanh Cow Milk Rest-stop for specialty and souvernir.

Duración: 8 Hours
Lugar de comienzo: Traveler pickup is offered
We will pick you up at your hotel