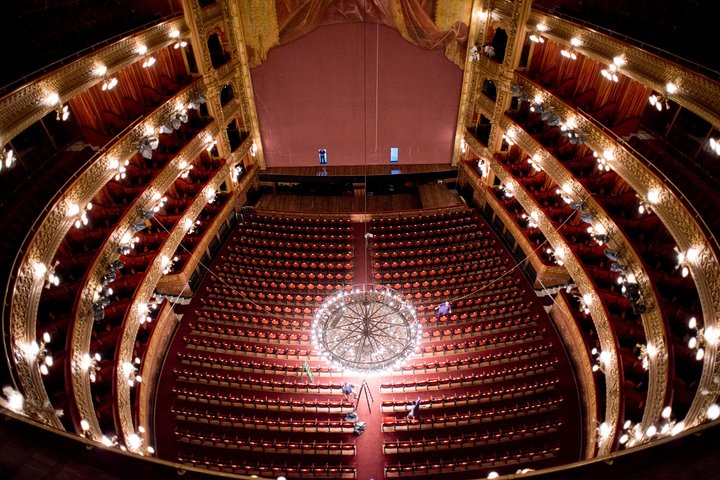 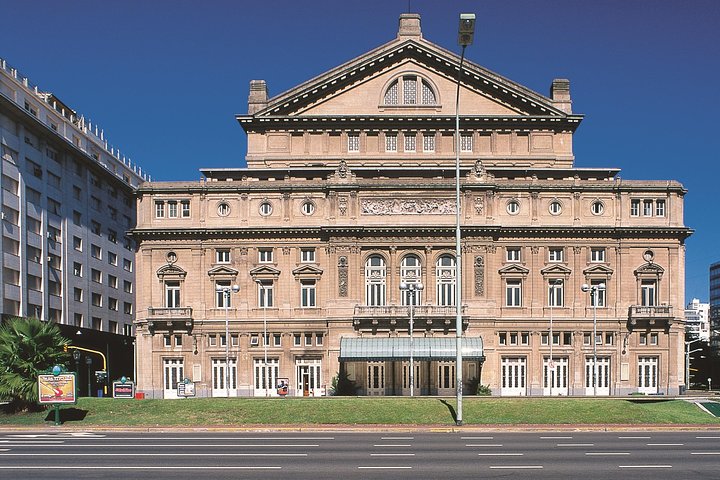 Get skip-the-line access to one of the world's most popular opera houses, the Teatro Colon (Colon Theater), with this 2.5-hour guided tour. The theater is considered to be amongst the five best concert venues in the world acoustically. Learn about the history of the theater as well as the artists who've performed there. Plus, get an outside view of other Buenos Aires palaces.

We are granted by the safe travel seal of World Travel & Tourism Council.

The Teatro Colón is an opera house in the city of Buenos Aires. Due to its size, acoustics and trajectory, it´s considered one of the five best in the world.

Comparable with the most important lyrical rooms in the world, such as the Scala in Milan, the Metropolitan Opera House in New York, the State Opera of Vienna, the Royal Opera House (Covent Garden) in London and the Paris Opera, it is an unavoidable place for music lovers. The Teatro Colón has always been a theater revered by the public and the most renowned artists.

At the corner of Alvear Avenue and Rodriguez Peña Street, in the Buenos Aires neighborhood of Recoleta, there is an imposing four-story building that draws attention for its particular physiognomy. This is Casey Palace, the current headquarters of the Ministry of Culture of the Nation. Its red and gray façade, made up of exposed bricks and strips of Paris-like stone and exquisite ornamental details, plus the mansardas in the black slate roofing at the top, make up a visual appeal that causes people passing by not able to resist the temptation to photograph it.

The house that belonged to Ortiz Basualdo-Zapiola is today the headquarters of the Embassy of France. Built between 1912 and 1918, it is considered one of the buildings that best represents the architecture of French academicism. It keeps a great variety of styles that reflect the artistic value

At the beginning of Alvear Avenue, in front of the Embassy of France and the Plaza Carlos Pellegrini, there is the Pereda Palace, a château of the 20th century that reflects like no other the marked influence of French architecture in the Buenosairean physiognomy of the time. But its imposing facade, its lavish staircases and its rooms decorated with majestic ceilings, Carrara marble and incredible works of art, hide a unique history, and the whims of a man that led to the design of the palace being projected and finished by two different architects

The Álzaga Unzué palace speaks of an Argentina of the beginning of the last century, with a society of contrasts between the arrival of poor Europe and the Creole agro-export aristocracy that looked at Europe and dreamed of a new Paris on the banks of the Río de la Plata.

The construction was in charge of the Scottish architect Robert Russell, who spent four years in the work, but managed to combine the English Edwardian style that Felix liked with Elena's taste for the French castles of the Loire. It has the typical structure of a hotel particulier of the Belle Époque: a large mansion designed where a single family with four floors of well-defined functions would live.

The Palacio Fernández Anchorena is a luxurious mansion from the beginning of the 20th century and one of the few residences of the Buenos Aires upper class that still survives on Avenida Alvear.

It currently belongs to the Holy See and functions as the headquarters of the Apostolic Nunciature in Buenos Aires.

At the beginning of the 30s, the Duhau brothers acquired the building that belonged to Teodoro de Bari, and they commissioned the architect León Dourge to build the current building. He built it with a French neoclassical style that is still inspiring and unique today.

On the corner of Rodríguez Peña and Alvear streets, stands one of the most enigmatic buildings in the city of Buenos Aires, the Maguire Residence, one of the few surviving works of a corridor of mansions of the upper middle class that were demolished or transformed into hotels.

Since 2002, this lavish villa was declared a National Historic Monument, as were its two adjacent residences, the current Duhau-Park Hyatt Palace and the Apostolic Nunciature, all belonging to a family of French origin: the Duhau.

Informacion Adicional
"Confirmation will be received at time of booking"
"Not wheelchair accessible"
"Children must be accompanied by an adult"
"May be operated by a multi-lingual guide"
"Most travelers can participate"
"This is a kid-friendly tour"
"This tour/activity will have a maximum of 10 travelers"
"Face masks required for guides in public areas"
"Face masks provided for travelers"
"Hand sanitizer available to travelers and staff"
"Social distancing enforced throughout experience"
"Regularly sanitized high-traffic areas"
"Gear/equipment sanitized between use"
"Transportation vehicles regularly sanitized"
"Guides required to regularly wash hands"
"Regular temperature checks for staff"
"Temperature checks for travelers upon arrival"
"Paid stay-at-home policy for staff with symptoms"
"Contactless payments for gratuities and add-ons"
"In addition to the security measures taken by the company we encourage passengers to take note of the symptoms caused by COVID-19 and to always be conscious of sanitization and prevention (please ask for further assistance)."