The Dark Side Of Aberdeen: A Self-guided Audio Walk 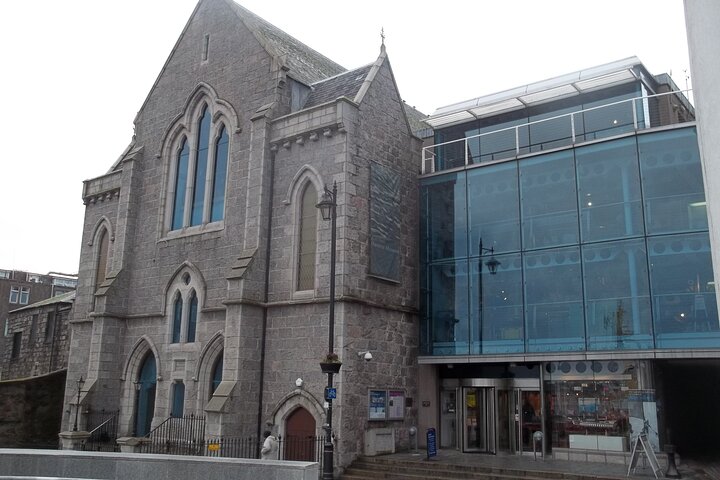 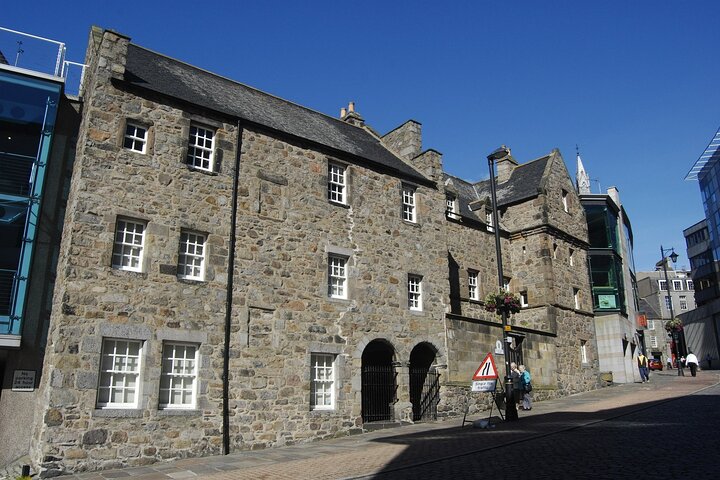 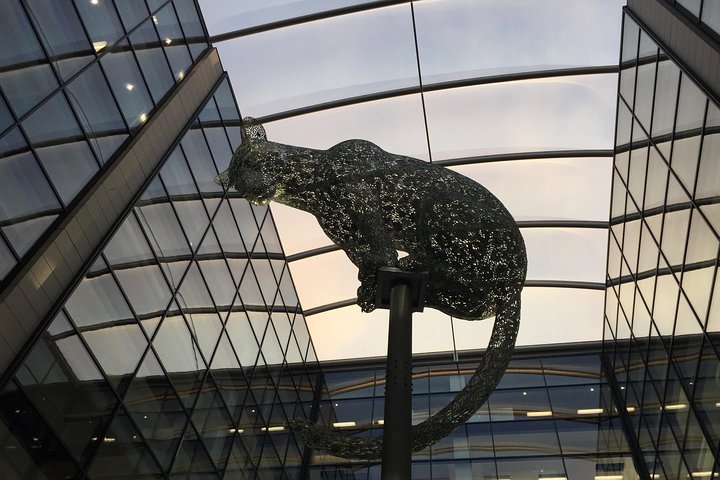 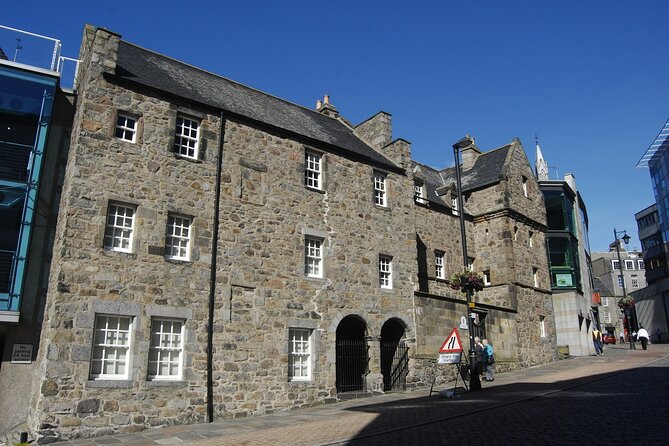 The Dark Side of Aberdeen: A Self-guided Audio Walk

Explore the murkier corners of Aberdeen at your own pace with this highly acclaimed self guided audio walking tour of Aberdeen.  Beginning from the Mercat Cross, you'll weave your way through hundreds of years of history while discovering the stories of piracy, slavery, and insurrection that the city hides in plain sight.  Hear about "Indian Pete" and his efforts to banish child slavery.  The tour is ready whenever you feel like taking a stroll. It plays audio automatically at exactly the right time and place using your smart phone's GPS and the VoiceMap mobile app, which also works offline. It does not need a network connection to work. If you've got an hour and want to see some of the grisly and gloomy corners that Aberdeen has to offer – this is the tour for you!

The tour takes you on a wandering walk beginning at the Mercat Cross, near the Tourist Office, and ending with a dramatic view of the city's crown jewel - Marischall College. Start the tour in the app, put your phone in your pocket, and let your guide direct you through the streets. The total walking distance is approximately 1.5km and takes about an hour without stopping, but you can pause anytime! Most people will opt to stop for a coffee or ice-cream snack or for photography opportunities along the way. The narration is crisply mastered by a professional audio engineering staff, and the tour creates an engaging experience that is suitable for all ages that can wear ear buds.

The exact route can be seen upon downloading or viewing the tour. Audio from the tour can also be previewed at this site.

The Aberdeen Maritime Museum charts the close relationship between Aberdeen, its harbour and the sea. Inside there are fascinating exhibits from the fishing, ship building and oil industries.

Provost Ross' House was built in 1593 and is the second oldest building in Aberdeen. Provost John Ross was the Mayor of Aberdeen from 1710 to 1712. Ross made his money as a ship owner. You can see the harbour from the windows of his house.

Pass By: The Green, Below Union Street, Aberdeen Scotland

The Green was once a flourishing market area and is still used as such on Fridays. It’s now surrounded by bars, restaurants and small businesses.

Sir George Skene was Provost of the city from 1676 for 9 years and is most notable for his old house. The rooms are furnished in the styles of the 17th, 18th and early 19th centuries. Inside there are collections of coins and local history.

Marischal Square is a £107 million pound development that blends the old with the new. It houses a hotel, shops and offices right in the heart of Aberdeen. You'll find the famous Mackie's ice cream parlour here.