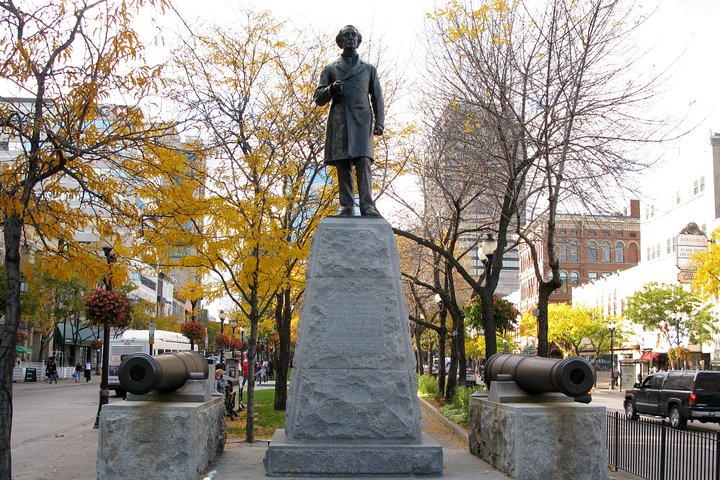 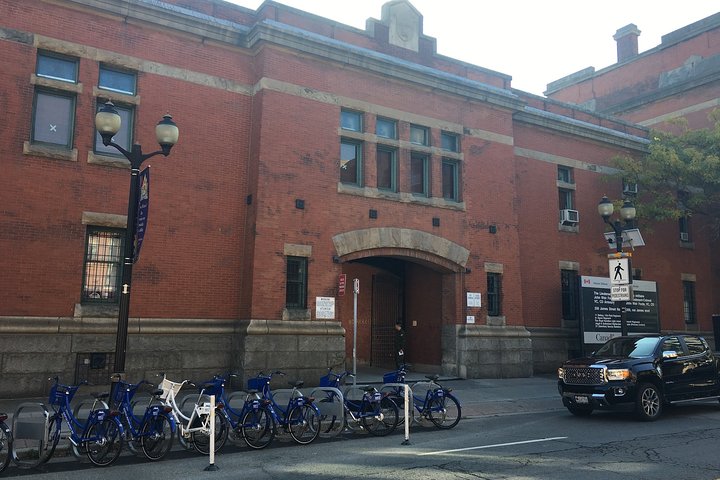 This half hour self guided audio tour will take you through central downtown Hamilton, include some interesting local and dark history as well as some fascinating ghostly tales certain to bring you a few shivers. Let's meet some of the phantoms that roam the streets of Hamilton and hear what they have to say.

The stories were compiled and are narrated by Mark Leslie, long time local resident and author of the book Haunted Hamilton.

The tour starts at the Hamilton Armouries.

The tour passes by Landmark Cinemas.

The tour passes through Gore Park.

The tour passes by the Royal Connaught.

The tour passes by the Courthouse.

The tour passes by the Hamilton Club.

Informacion Adicional
"Confirmation will be received at time of booking"
"Wheelchair accessible"
"Stroller accessible"
"Near public transportation"
"Infants must sit on laps"
"Most travelers can participate"
"This is a private tour/activity. Only your group will participate"
"All of VoiceMap's audio tours are self-guided and users must bring their own smartphone and headphones to take the tour. We urge all our users to wear facemasks and carry hand sanitizer with them to ensure they're own protection and the protection of others."