A Full-day In Ravenna 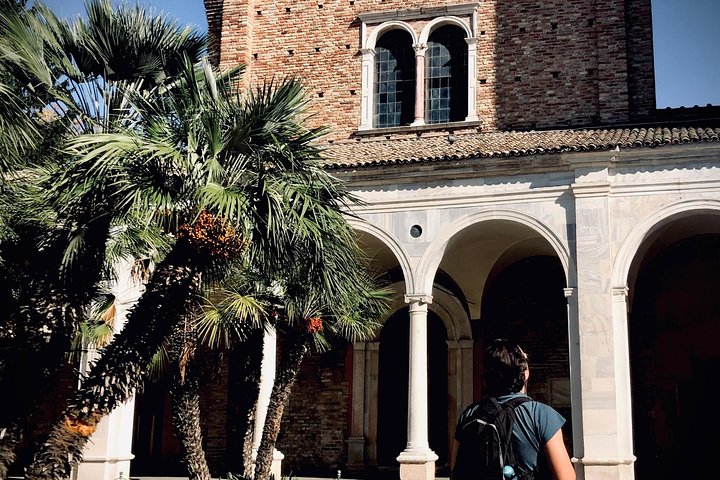 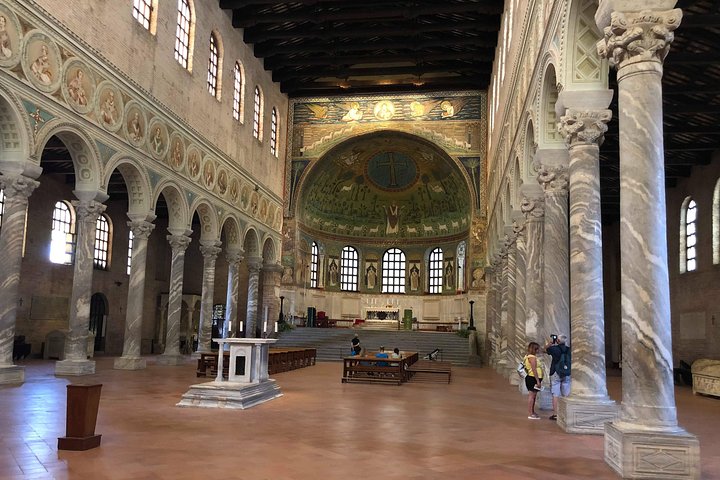 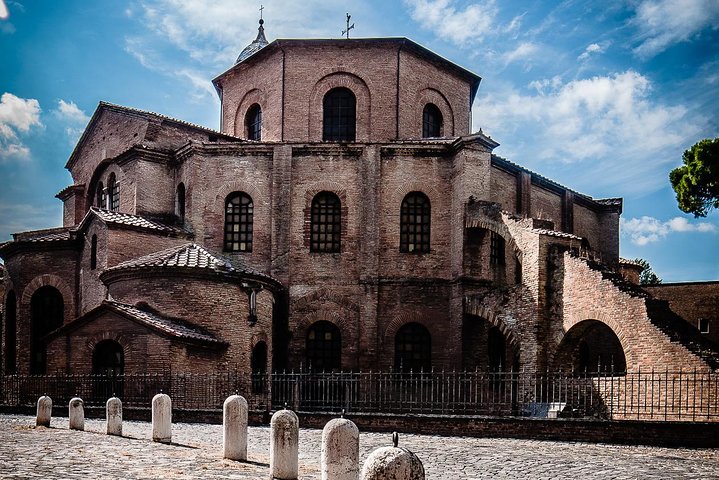 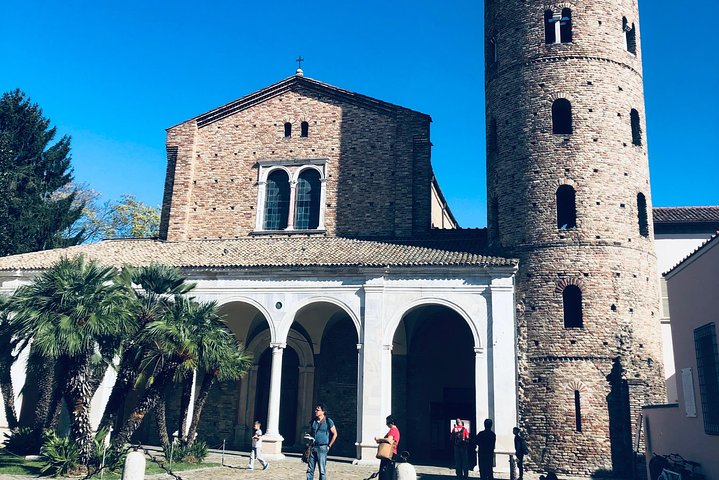 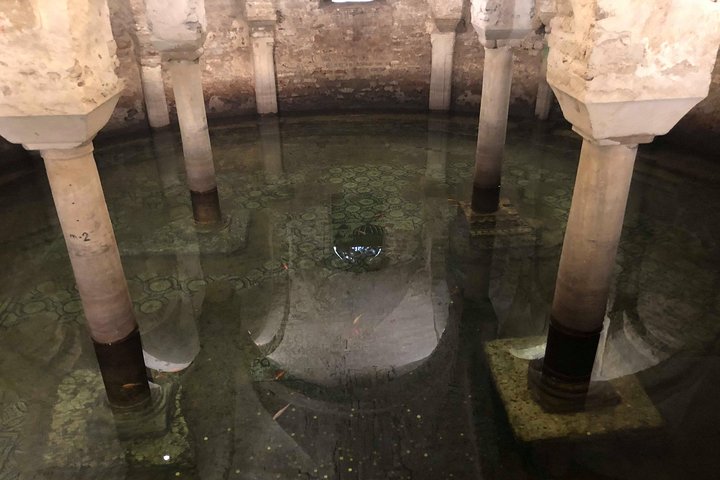 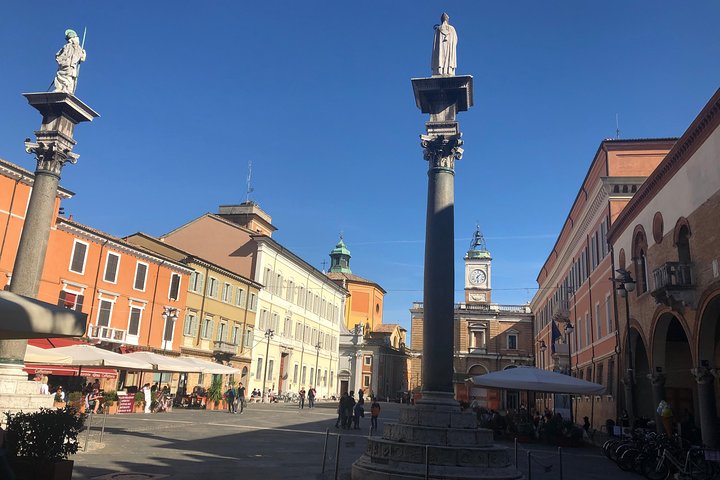 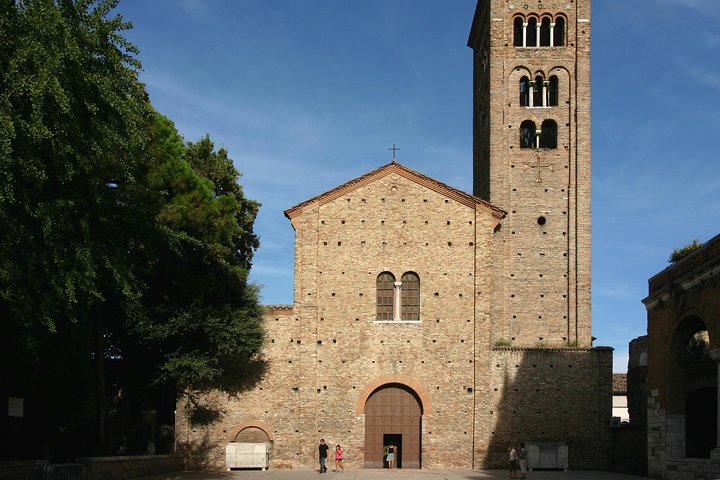 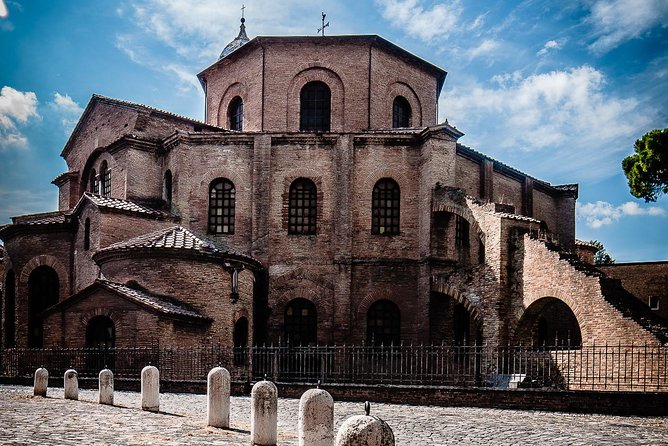 Take a wander through the last capital of the Western Roman Empire, the capital of the kingdom of the Goths and the Byzantine exarchate. On this self-guided audio tour, you'll also get a taste of the power of the great republic of Venice as well as the 19th century Italian Risorgimento, all the while accompanied by some of the most famous mosaics in the world in the presence of many UNESCO heritage sites.

The tour starts in ancient Rome, with the mausoleum of Galla Placidia and then takes you after the fall to the Basilica of San Vitale. We then head through the middle ages to the 19th century, as we move to Piazza del Popolo. Afterwards, we head back to the time of the Gothic domination with the Baptistry of the Ariana before going to see an elaborate cover-up operation in the Basilica of Sant’Apollinare Nuova. Finally, we pay a visit to the mortal remains of the great poet Dante Alighieri, father of the Italian language.

The tour starts outside the Mausoleum of Galla Placidia. You'll have the option of going inside or moving on to the next stop on the tour.

The tour passes the Basilica of San Vitale where you learn more about its fascinating history. You'll have the option of going inside or moving on to the next stop on the tour.

You pass by the Church of San Domenico and briefly hear about it's history.

You'll walk through the Piazza del Popolo on this tour.

The tour passes by the Baptistry of the Arians where you will learn a bit about its history.

The tour passes by the Basilica of Sant Apollinare Nuova where you'll have the option of moving on to the next stop on the tour or going inside.

The tour passes by the Alighieri Theatre.

The tour briefly stops on the outskirt of the Piazza Garibaldi.

Pass By: Dante's tomb and Quadrarco of Braccioforte, Via Dante Alighieri 9, 48121, Ravenna Italy

The tour takes you to Dante's tomb.

The tour ends at the Basilica of San Francesco which is in close proximity to lots of other attractions and restaurants.

Informacion Adicional
"Confirmation will be received at time of booking"
"Wheelchair accessible"
"Stroller accessible"
"Near public transportation"
"Infants must sit on laps"
"Most travelers can participate"
"This is a private tour/activity. Only your group will participate"
"All of VoiceMap's audio tours are self-guided and users must bring their own smartphone and headphones to take the tour. We urge all our users to wear facemasks and carry hand sanitizer with them to ensure they're own protection and the protection of others"