Build Your Own Highland Whisky Tour 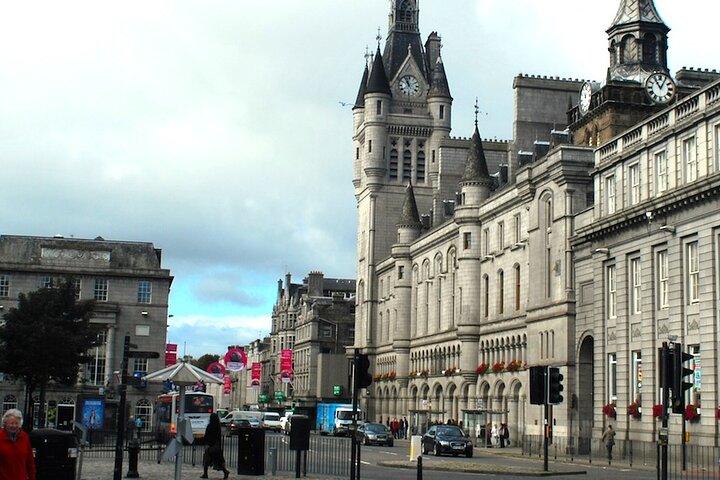 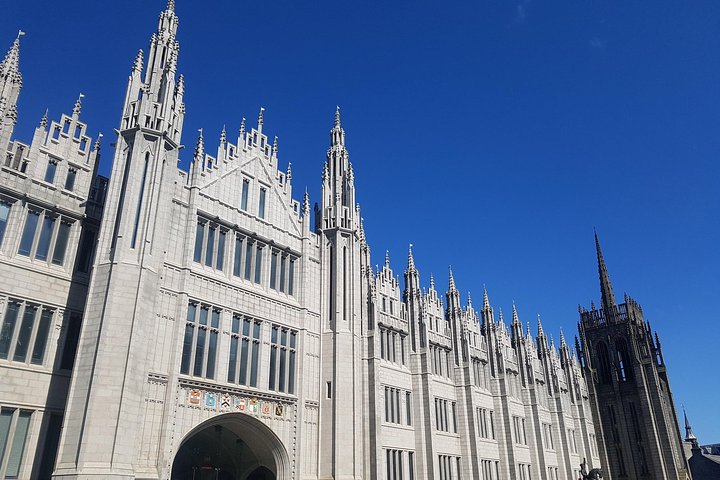 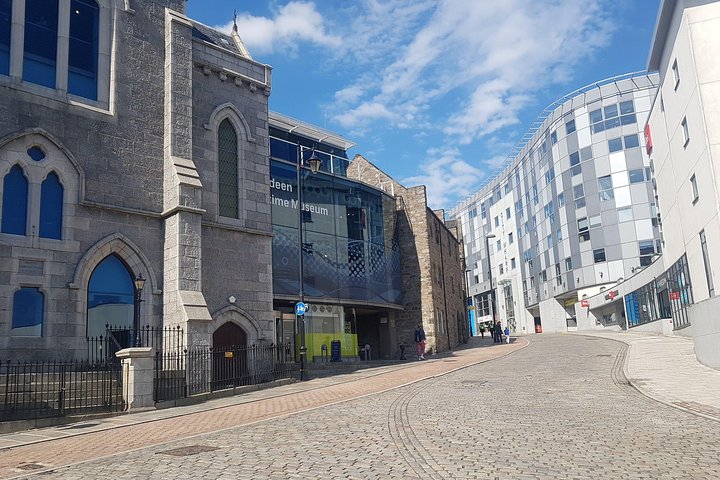 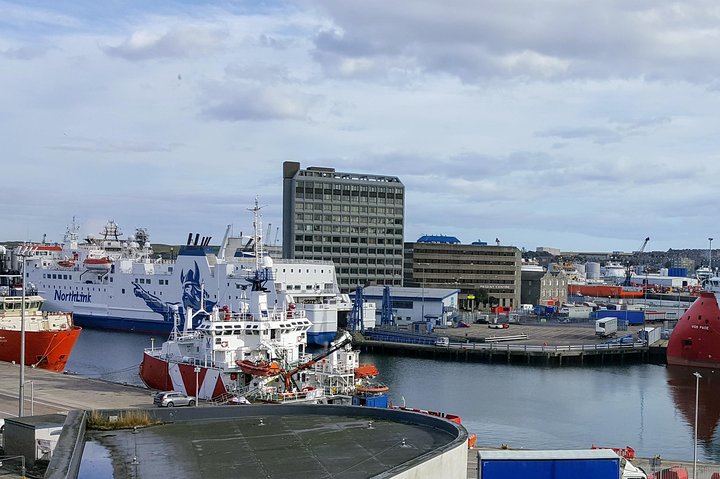 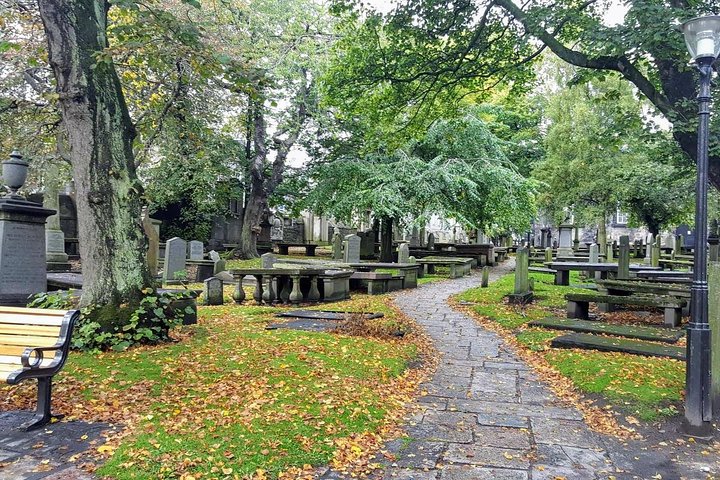 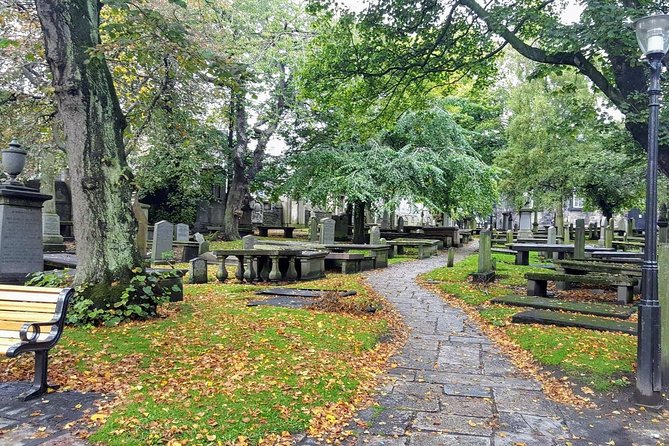 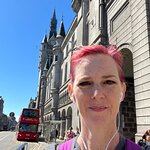 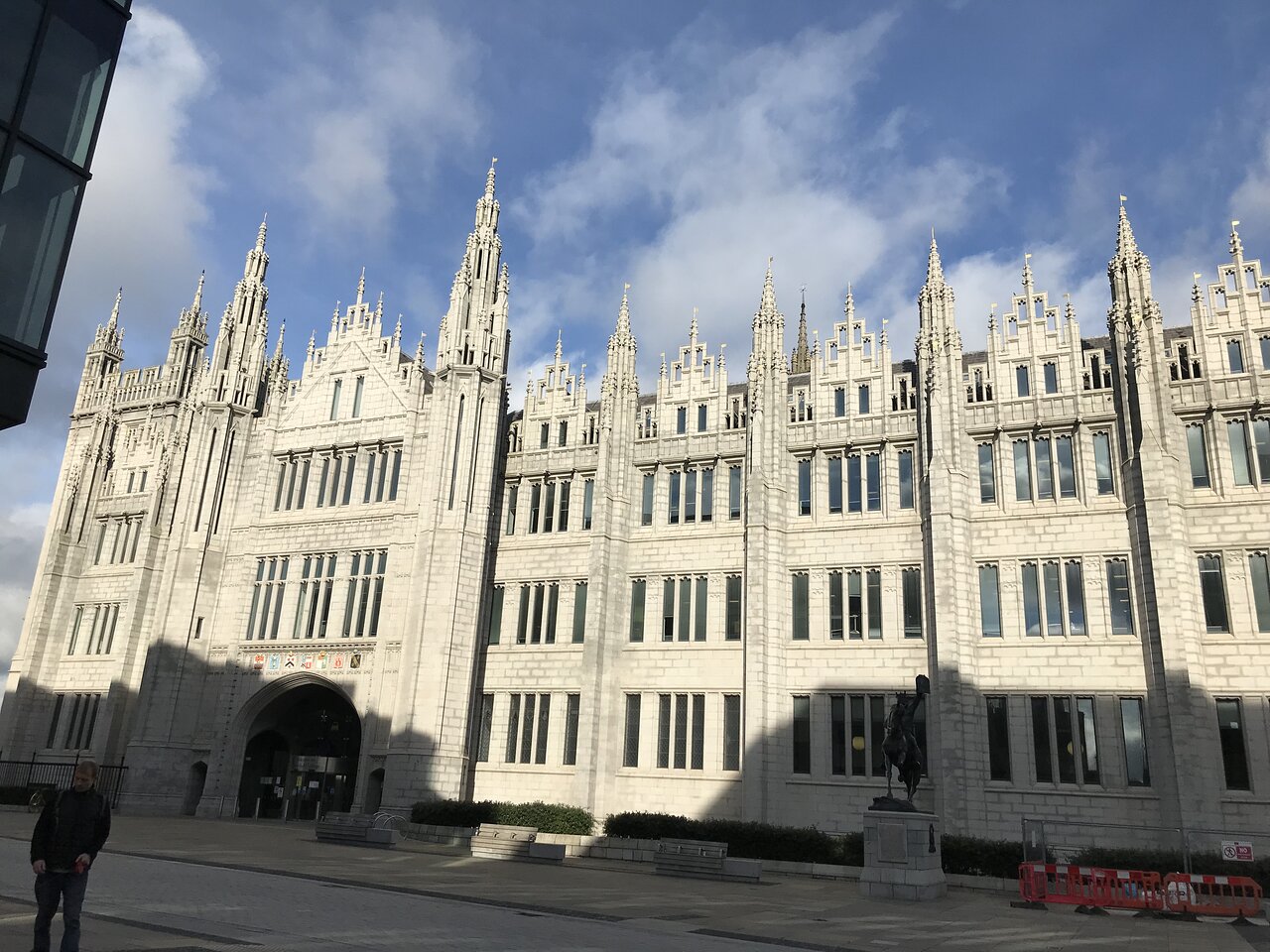 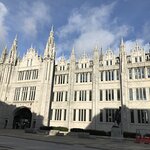 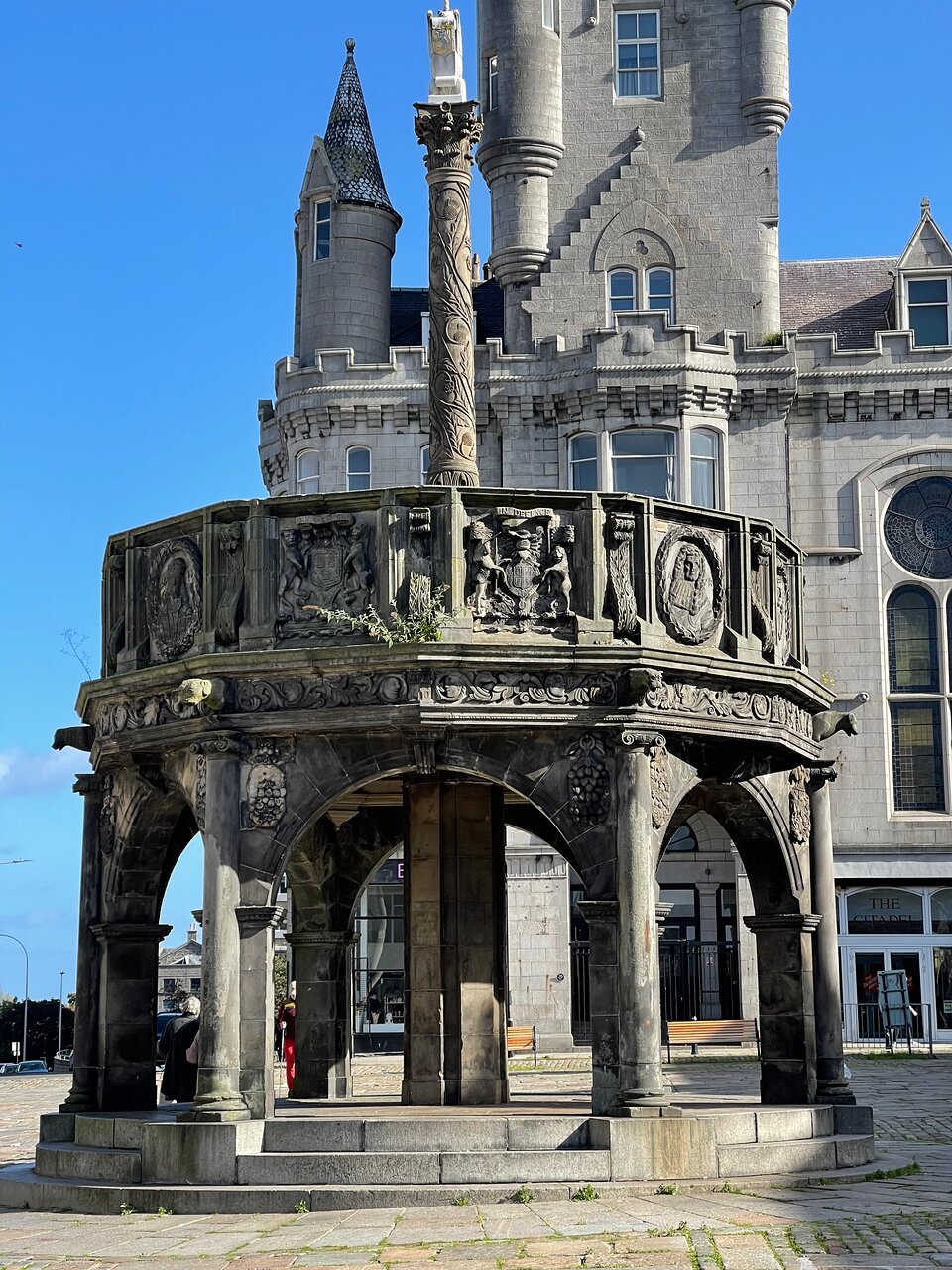 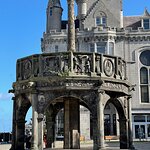 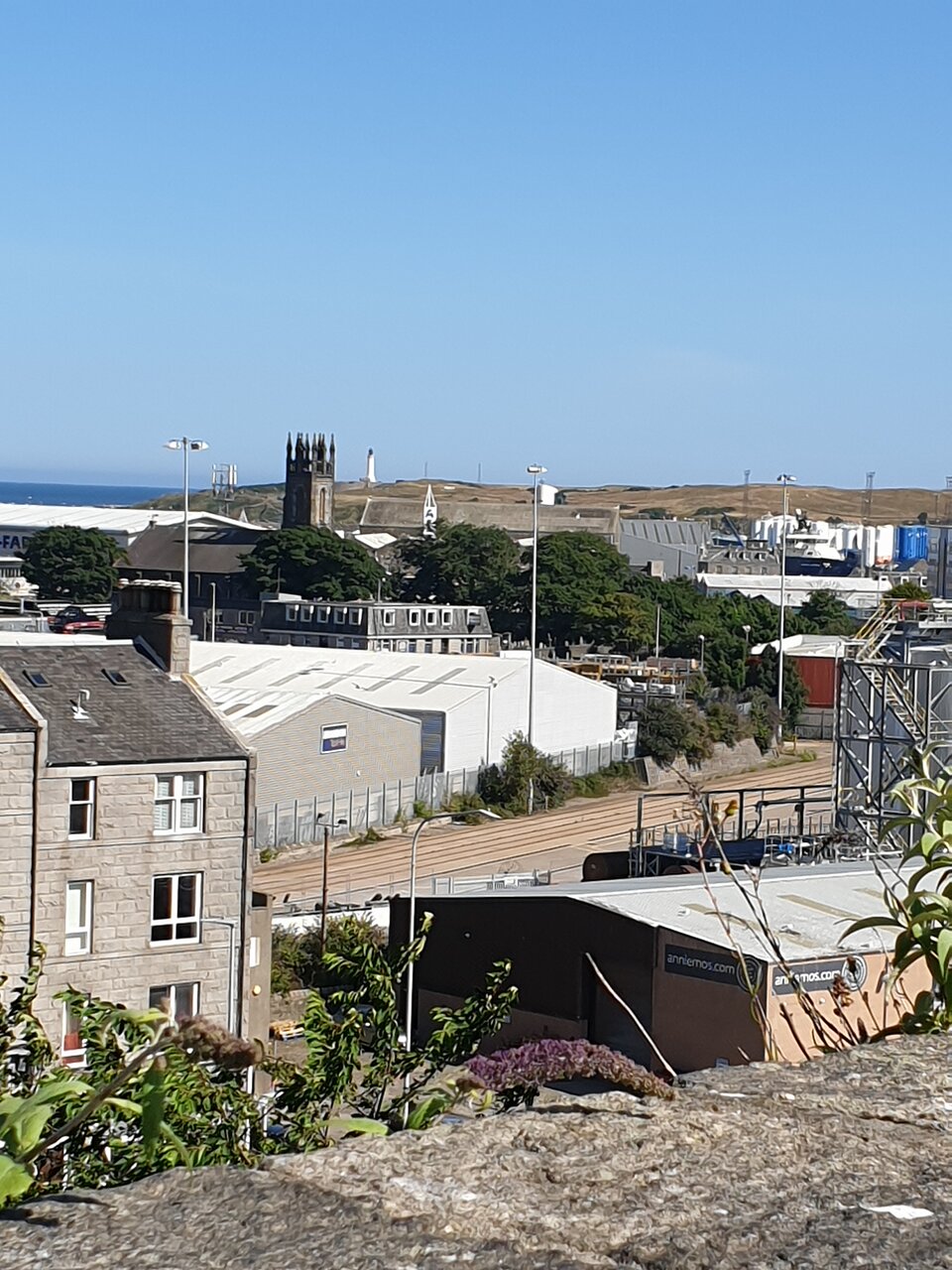 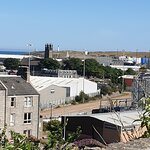 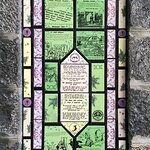 500 Years of Crime and Punishment: A Self-Guided Audio Tour of Aberdeen

From bodysnatching and beheadings to witchcraft and whippings, we share real life stories of crime and punishment from the last 500 years on this self-guided GPS audio tour.

Along the way you’ll see major Aberdeen landmarks, from Marischal College to the Mercat Cross, and learn how they were witness to darkest chapters in the city’s history. Scot Free Tours sheds a light on the baffling and often unjust laws of the last five centuries – and reveals that past is not as far away as we think.

Thousands of people have loved our 5-star rated live tours and now you can experience them with freedom of an audio guide! The tour plays audio automatically at exactly the right time and place using your smartphone's GPS and the VoiceMap mobile app, which also works offline. Start the tour in the app, put your phone in your pocket, and let us guide you around Aberdeen.

The total walking distance is 3km and takes about 45 minutes without stopping, but you can pause anytime!

Now a museum, this used to be the gaol, where criminals in Aberdeen were kept. We’ll point out where public hangings used to take place as we start off our tour on crime and punishment in Aberdeen.

The Mercat Cross is where public announcements would be made – and public punishment would be handed out. The structure is decorated with carvings of Scottish monarchs and we’ll be focusing on the story of one queen and how she dealt with an outbreak of treason.

The tower of this impressive building is modelled on the one at Balmoral Castle. We’ll pass by it on the tour and it makes a great photo stop.

We’ll pass through Seabury Court next to St Andrew’s Cathedral to give you a sense of the winding streets Aberdeen used to have.

This used to be part of the University of Aberdeen and was traditionally where medical students would study. We’ll take you round the back to the Anatomy Rooms where dissections would take place and tell you all about Aberdeen’s relationship with bodysnatchers.

An atmospheric graveyard, filled with lots of history. We’ll point out the grave of one doctor whose morals left a lot to be desired. You'll also see the ‘mither kirk’ of Aberdeen, which used to be the centre of early Aberdeen. Learn about horrible church punishments and how witches were imprisoned.

People have been living in The Green for thousands of years – but don’t make the mistake of thinking that makes it old fashioned. It’s a small hipster enclave in Aberdeen with lots of street art and independent restaurants and shops. Here you will hear stories of the child-snatching gang that used to operate in Aberdeen.

Aberdeen grew up around its harbour - so it only makes sense that over the years it has been used for some particularly unpleasant punishments.

The Maritime Museum is a delightful little museum that helps you get to grips with Aberdeen’s maritime past, from fishing to the oil industry. We pass it on our tour and there is a chance to go in and explore for yourselves.

Informacion Adicional
"Confirmation will be received at time of booking"
"Not wheelchair accessible"
"Service animals allowed"
"Near public transportation"
"Infants must sit on laps"
"Most travelers can participate"
"This is a private tour/activity. Only your group will participate"
"All of VoiceMap's audio tours are self-guided and users must bring their own smartphone and headphones to take the tour. We urge all our users to wear facemasks and carry hand sanitizer with them to ensure they're own protection and the protection of others."