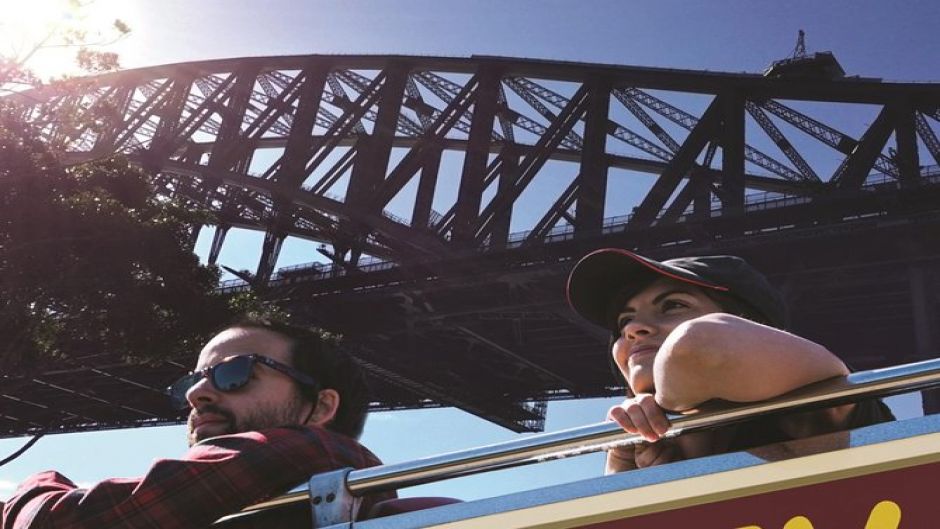 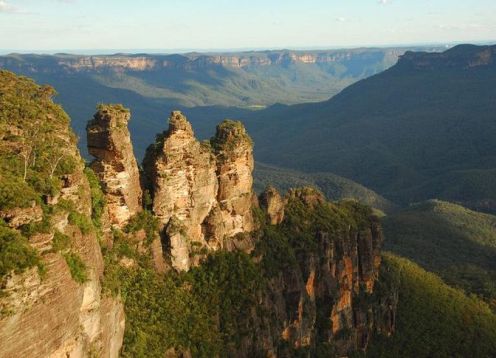 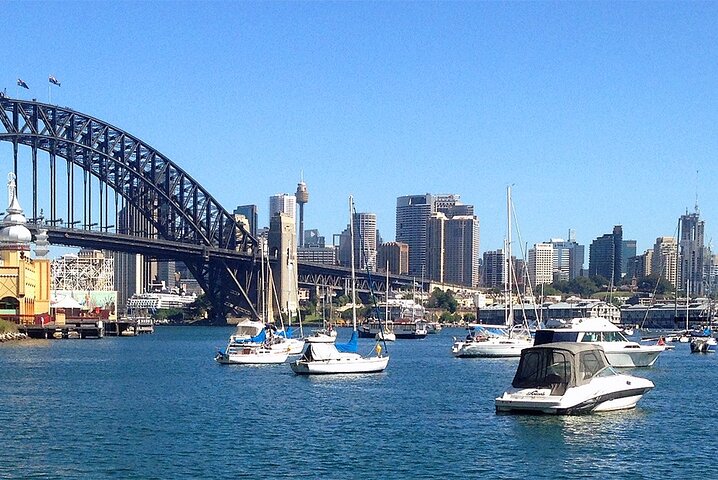 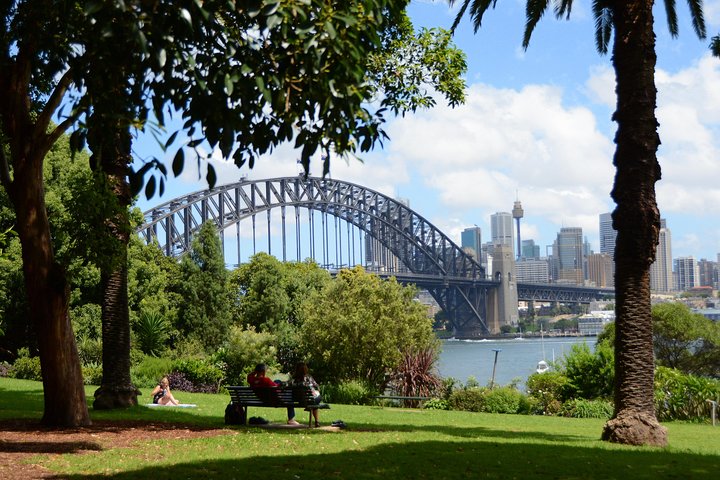 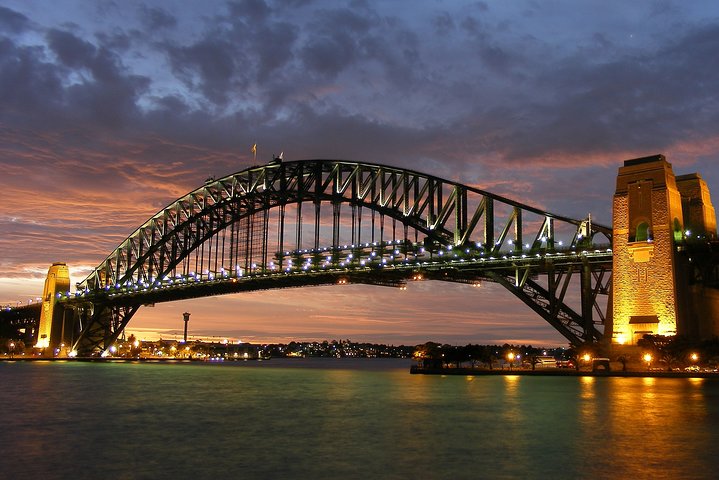 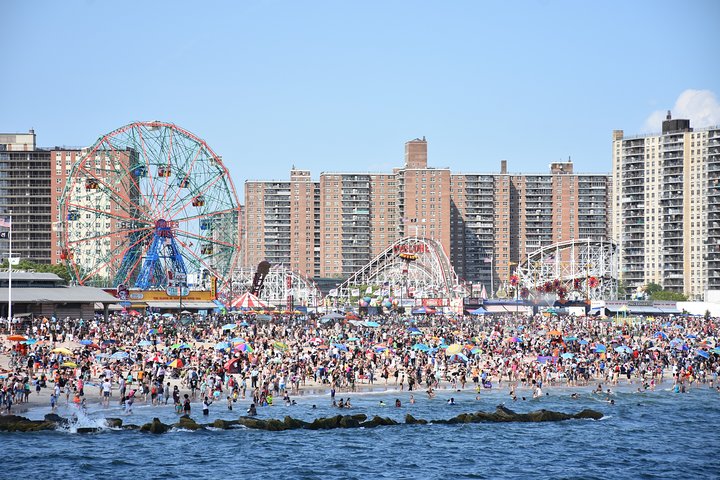 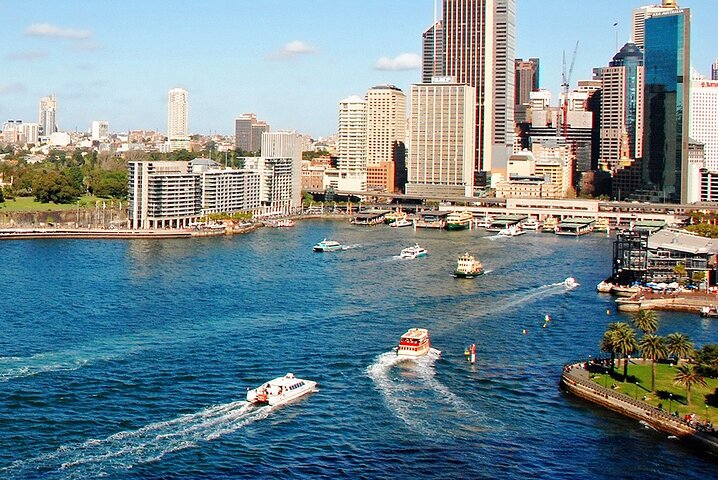 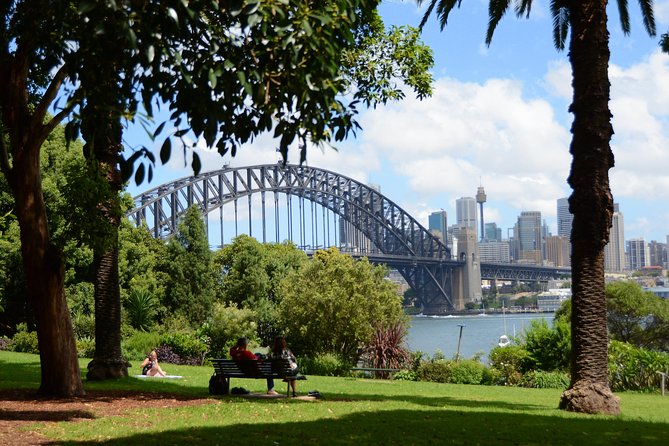 On this self-guided GPS audio walking tour, you'll walk along the foreshore from Milson's Point to Lavender Bay, soaking up spectacular views of the Sydney Harbour Bridge before exploring iconic Luna Park's local artwork and unique funfair atmosphere. Wander between an Australian bushland setting and beautiful Lavender Bay’s poignant reminders of a maritime boat-building past, until you find yourself in a secret, paradisiacal garden created on wasteland by noted cultural identity and local Lavender Bay resident, Wendy Whiteley.

There are numerous locations that are part of the walk where you might want to linger. Wendy's Secret Garden at the end of the tour is a tranquil haven for a rest or picnic lunch.

As you wander through Wendy Whiteley’s secret garden haven you’ll see sculptures dotted around, some of them improvised installations from objects found buried in the overgrown vegetation and some by artist friends, such as this impressive sculpture of a large, black marble head by Joel Elenberg.

The giant face at the entry to Luna Park is one of Sydney’s iconic images. It's the eighth face to grace the funfair’s entrance, enticing kids of all ages through its oversized pearly white teeth into the body of enchantment.

In Luna Park you'll see an exotically decorated building known as Coney Island, named after the original amusement park in New York. It’s the only remaining example of an original 1930s funfair operating in the world.

Milsons Point juts into Sydney Harbour from the northern side, directly opposite Sydney Cove, the spot where the first European settlement was established in 1788. Milsons Point was named after James Milson (1783–1872), one of the earliest settlers. Wikipedia

Lavender Bay was named after the Boatswain, George Lavender, from the prison hulk "Phoenix", which was moored there for many years. The bay was originally called Hulk Bay and sometimes Phoenix Bay. George Lavender lived on 14 acres adjacent to the property of Billy Blue. Wikipedia

Informacion Adicional
"Confirmation will be received at time of booking"
"Not wheelchair accessible"
"Stroller accessible"
"Service animals allowed"
"Near public transportation"
"Infants must sit on laps"
"Most travelers can participate"
"This is a private tour/activity. Only your group will participate"
"All of VoiceMap's audio tours are self-guided and users must bring their own smartphone and headphones to take the tour. We urge all our users to wear facemasks and carry hand sanitizer with them to ensure they're own protection and the protection of others"