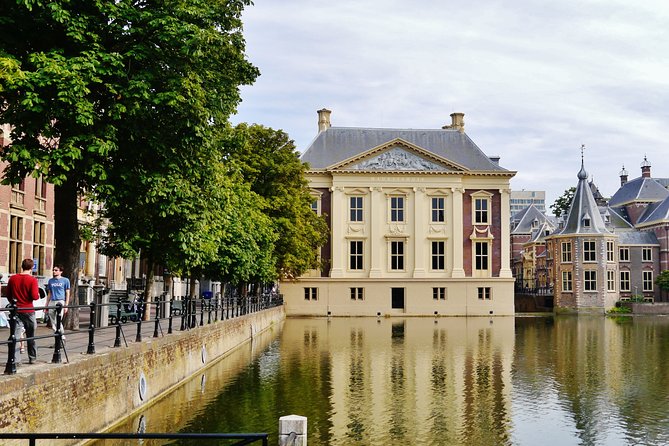 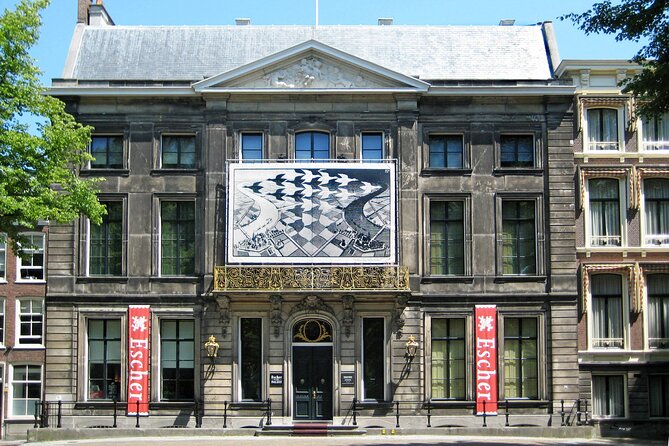 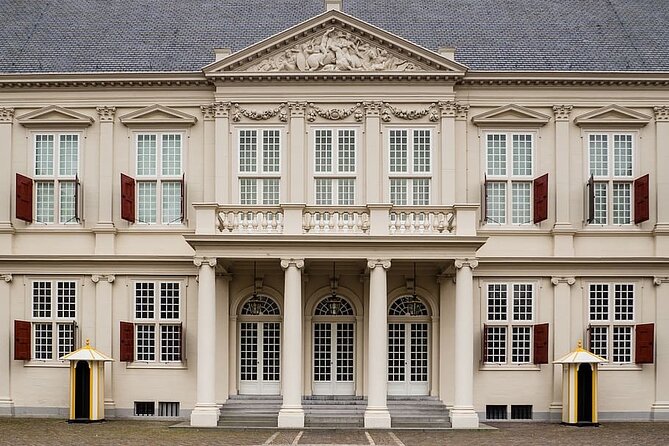 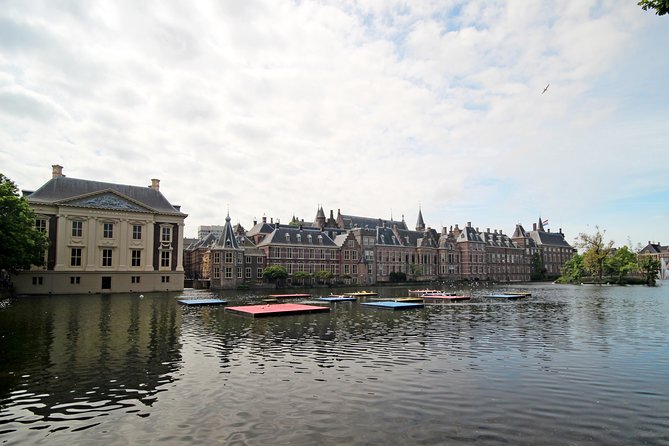 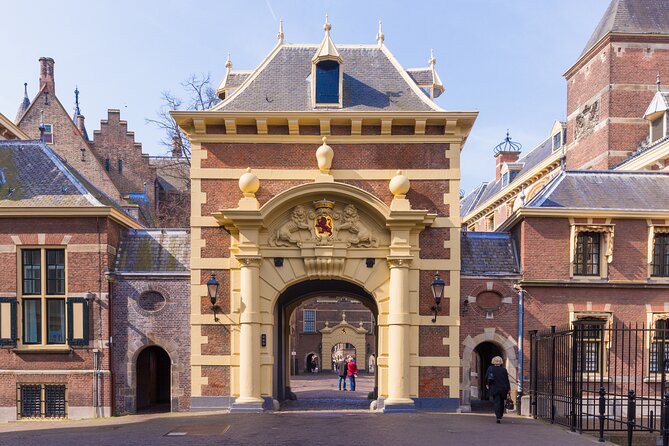 Walking Audio Tour of the Historical Heart of The Hague

On this self-guided GPS audio tour you'll see the beautiful old city centre, where kings reign and some of the world's most famous art is displayed. We'll begin our journey at the Mauritshuis and find out how The Hague grew from a small settlement to the centre of political power in the Netherlands, and end the tour with a stroll along the country's most famous avenue.

Along the way, we'll stop by a square that was the site of many executions, a notorious former prison, and I'll point out the best fish-shack in town. The Hague forms a rich part of the Netherlands' history and the characters that people it. Join me to uncover some of these people and their stories.

Pass By: The Mauritshuis Royal Picture Gallery, Plein 29, 2511 CS, The Hague The Netherlands

The Mauritshuis has been a museum in The Hague since 1822. It mainly houses paintings from the 1600s, the golden age of Dutch painting. The permanent collection includes paintings such as The Girl with the Pearl Earring by Johannes Vermeer, The Goldfinch by Carel Fabritius, The Young Bull by Paulus Potter and The Anatomy Lesson of Dr. Nicolaes Tulp by Rembrandt van Rijn.

Pass By: Binnenhof & Ridderzaal (Inner Court & Hall of the Knights), Hofweg 1, 2511 AA, The Hague The Netherlands

The Binnenhof is a building complex in the center of The Hague, which for centuries has also been the center of Dutch politics. Its origins go back to the construction of a castle by the counts of Holland, who have held their residences there since the 1200s.

The famous Escher Museum is housed in the Lange Voorhout Palace, a former royal residence dating from the 1700s. Queen Emma bought the stately house in 1896. She used it as a winter palace from March 1901 till her death in March 1934.

Pass By: Lange Voorhout, The Hague The Netherlands

The Lange Voorhout and is one of the most famous streets in The Hague. It was renovated in 2009. The ground has been excavated to a depth of three meters in order to provide a structure that will protect the tree roots.

Visiting The Prison Gate museum is a sensational way explore the history of the old prison and learn about crime and punishment through history. I highly recommend their tour if you would like to find out more about the prisoners and guards.

Since 1984, every year on Prinsjesdag the royal procession departs to the Ridderzaal. After the ride, the family makes an appearance on the balcony of the Noordeinde Palace.

De Gevangenpoort means Prison Gate. The building was built in the year 1280. Prior to being a prison, it formed the imposing main gate to the castle of the Counts of Holland. This was the prison of the Court of Holland from 1420 to 1828.

Het Torentje means the little tower. It dates from the 1400s and has been the official office of the prime minister since 1982, even though not all prime ministers have used it. The Turret was also used as an office by the famous liberal statesman Johan Thorbecke in the 1840s.

Mauritspoort is also known as Grenadierspoort, or Grenadiers Port. It's the eastern gateway to the complex of government buildings called the Binnenhof.

Pass By: Statue of Johan de Witt, Plaats, The Hague The Netherlands

The statue is of the most famous person to be executed at this site; Johan de Witt. In addition, there is a memorial stone for Aleid van Poelgeest. Every person in the Hague knows the story of Aleid van Poelgeest. She was the count's girlfriend who paid for her political influence with death.

Informacion Adicional
"Confirmation will be received at time of booking"
"Not wheelchair accessible"
"Stroller accessible"
"Service animals allowed"
"Near public transportation"
"Infants must sit on laps"
"Most travelers can participate"
"This is a private tour/activity. Only your group will participate"
"All of VoiceMap's audio tours are self-guided and users must bring their own smartphone and headphones to take the tour. We urge all our users to wear facemasks and carry hand sanitizer with them to ensure they're own protection and the protection of others."