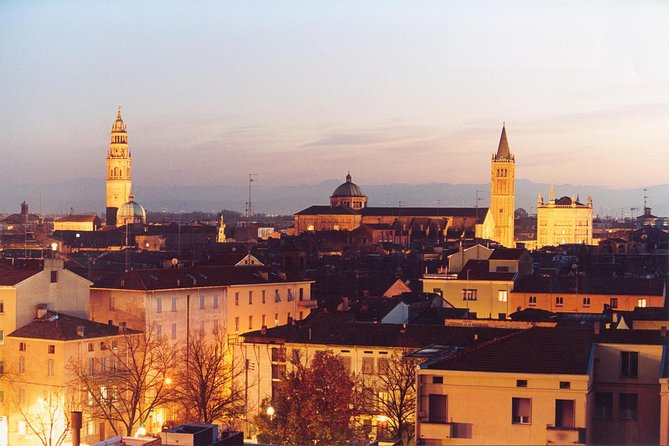 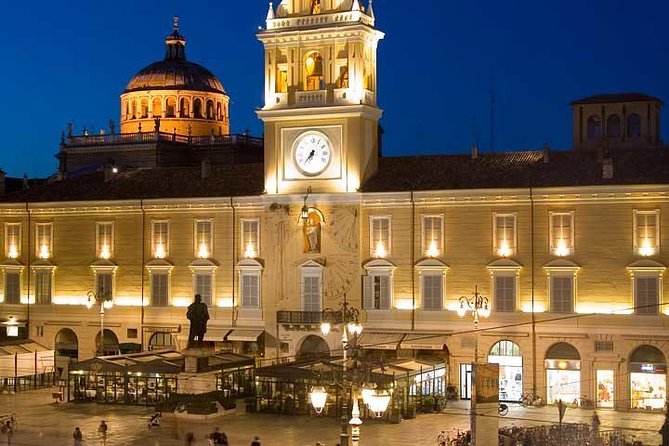 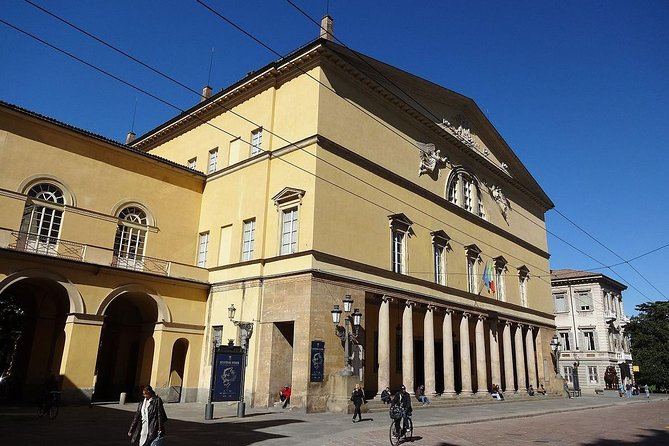 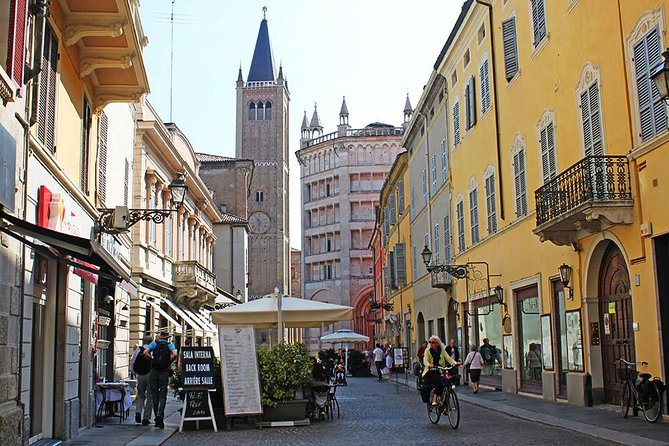 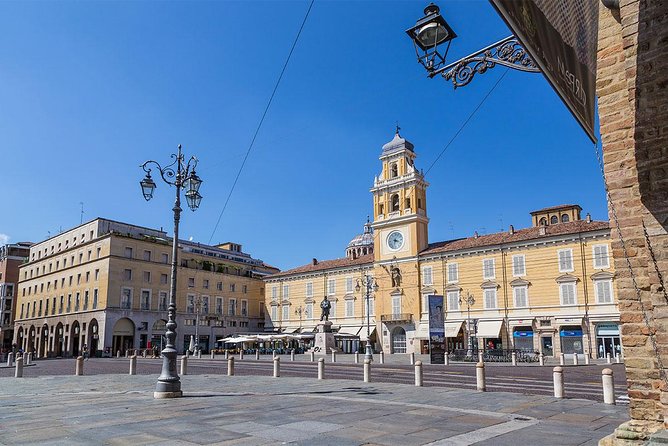 Parma, refined emilian city, has been shaped through the centuries by great architects and painters such as Antelami, Parmigianino and Correggio. Great master Correggio painted illusionistic frescoes inside the Chamber of Saint Paul, the Church of Saint John and the Cathedral, while Benedetto Antelami projected and decorated the amazing medieval Baptistry in the religious area. Other outstanding landmarks in Parma not to be missed are the Opera theatre Teatro Regio (Royal Theatre) and Teatro Farnese, the latter hosted inside the imposing Palazzo Pilotta.

Ancient Roman forum and lively heart of the social and civil life of Parma through the centuries.

Medieval square surrounded by Cathedral, Baptistery, Bishop's Palace, Diocesan Museum. (This stop does not include the visit of the insides of the Baptistry and Diocesan Museum. Admission tickets aren't included in this booking)

Remarkable body of public buildings, Piazzale della Pace has been recently redesigned on a project by one of the most popular architects in Europe, Mario Botta, rapidly becoming a meeting point for young people.

The Palazzo della Pilotta is a complex of edifices located between Piazzale della Pace and the Lungoparma in the historical centre of Parma. Its name derives from the game of pelota played at one time by Spanish soldiers stationed in Parma.

The Shrine of Santa Maria della Steccata is a Greek-cross design Renaissance church in central Parma. The name derives from the fence or steccato used to corral the numerous devotees who visited a venerated image of the Madonna. A Nursing Madonna is enshrined within, crowned on 27 May 1601 by a Marian fanatic, Fray Giacomo di Forli of the Capuchin order.