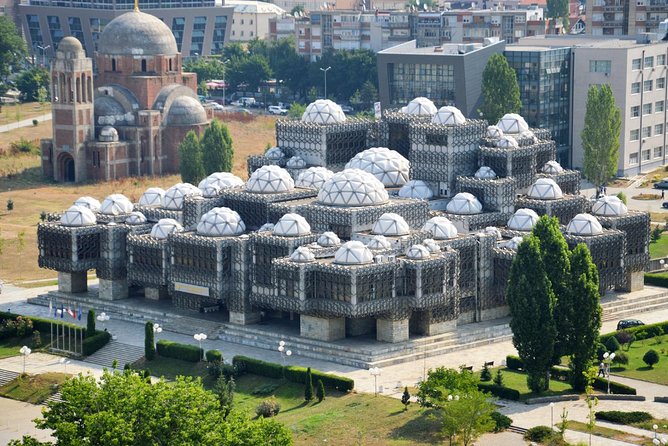 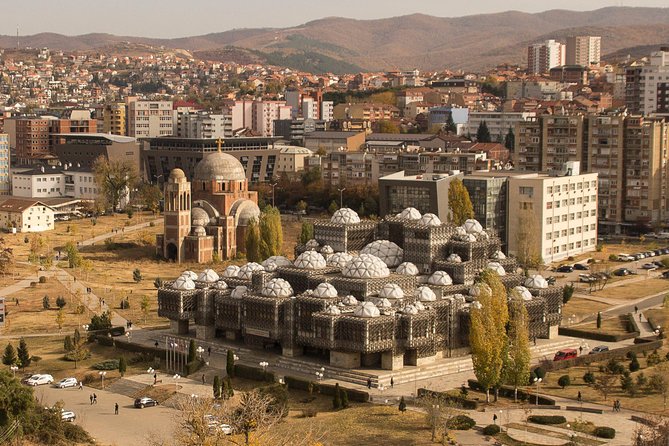 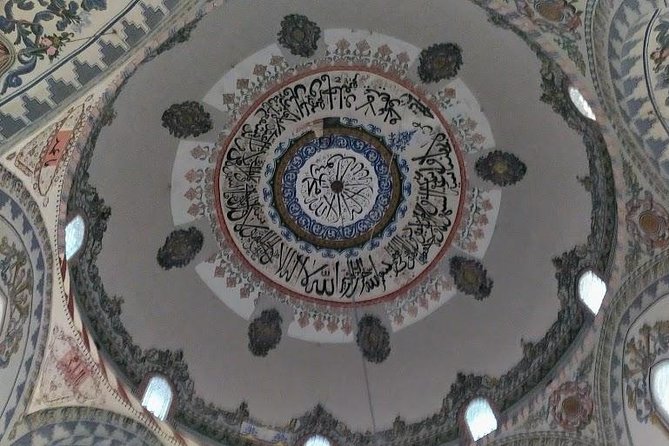 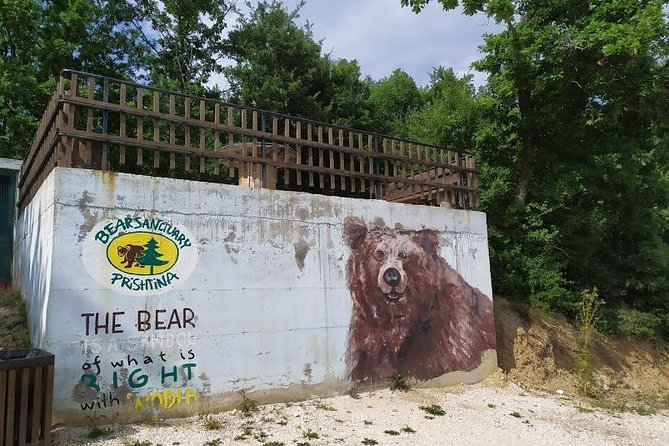 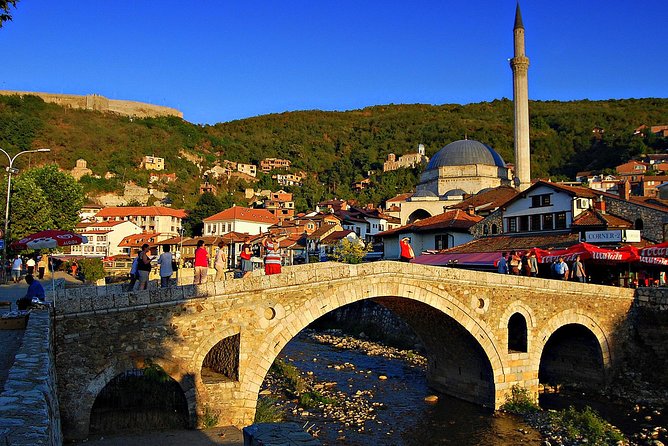 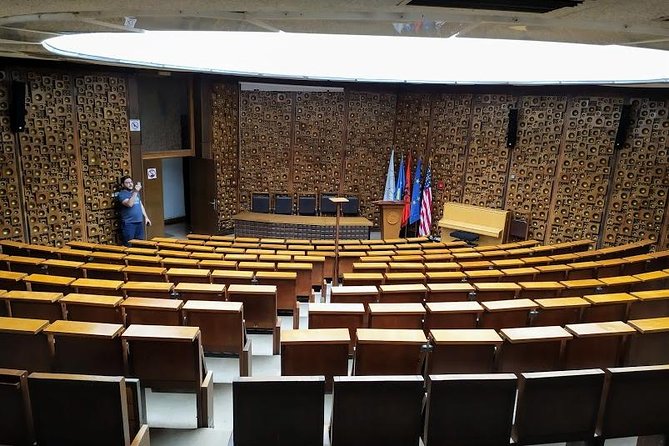 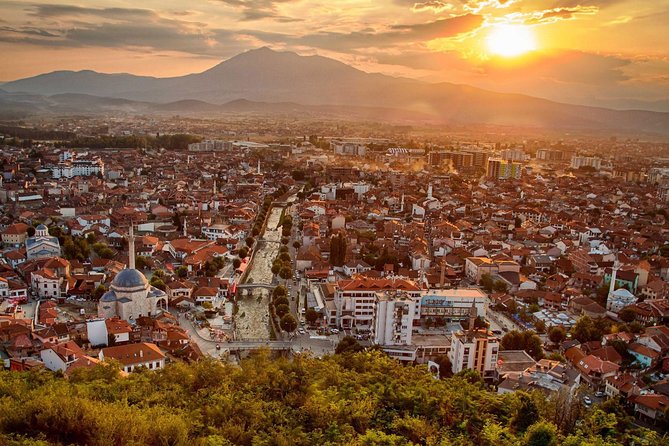 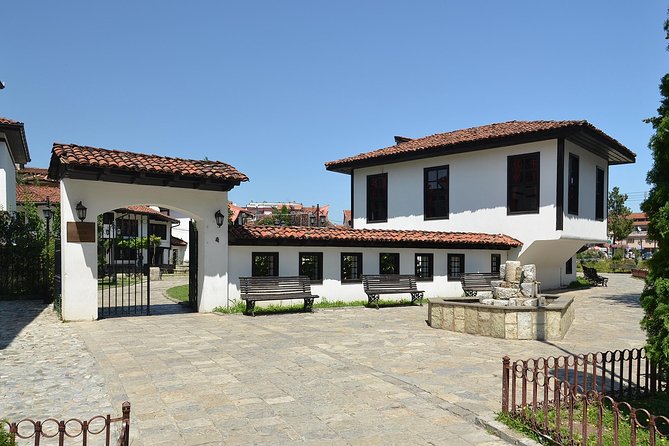 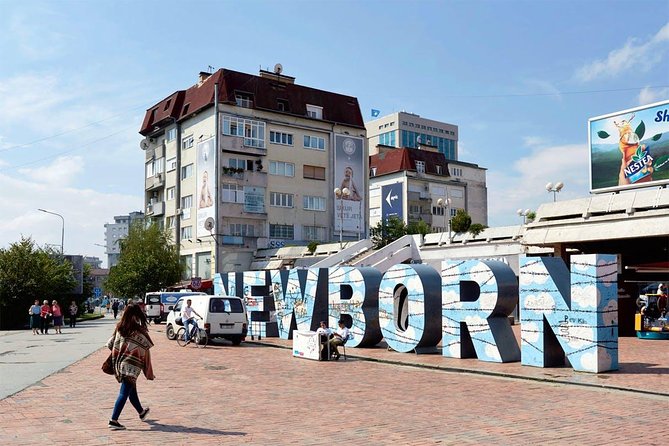 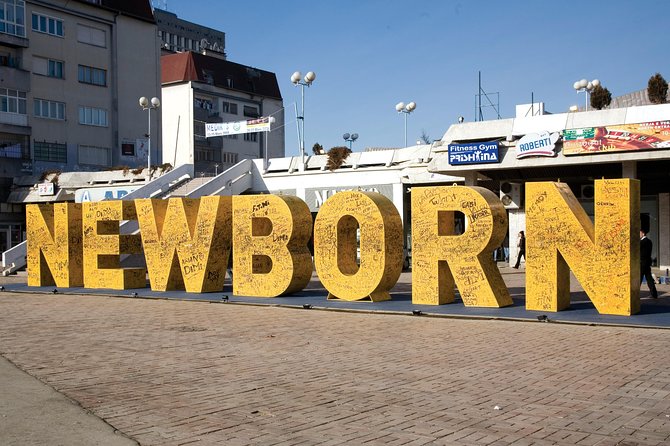 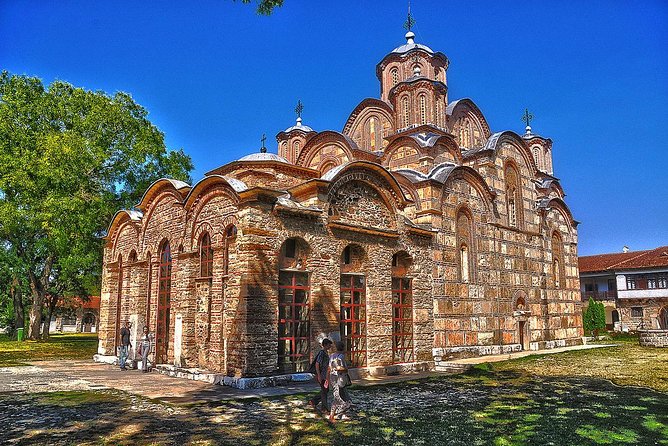 Leaving Tirana we will drive toward the North of Albania where we will also cross the border with Kosovo. Situated around 260 Km from Tirana, Pristina is the Capital of Kosovo and furthermore, the largest city at the same time. Habited since the Old Stone Age from the Vinča culture makes it one of the most interesting Archeologic and Historical Sites.
Visit at the Gračanica Monastery, Orthodox monastery built in 1321 under the Serbian – Byzantine Style. In addition, a tour of the Monastery.

Built in the Centre of Prisitna, this Library brigs values with more than 2000000 material copies dating from the 15th Century. Apart from the fascinating old history, dating from the 15th century, now the most interesting part is its Architecture. Build as a mix of Byzantine, Ottoman and Serbian style, this Library brings a simplified review of the whole city in one building.

Visit to the City center of Pristina. In addition, You will have the chance to see the monument of Newborn and also the Mother Theresa Cathedral. The city is also characterized by a variety of Muslim Mosque dating from the beginning if 14th Century. For instance, most of the capital citizens practice the Muslim religion. Visit in the Old Part of the City and at the Carshia Mosque, build at 1321, for instance, the oldest in the Pristina.

Leaving Pristina we will head toward Prizren. It is also called also the Cultural Capital of Kosovo. Lied in both sides of Bistrica River, under the Prizren’s Castle this city has played a major role in Albanian History and Politics of the 19th Century. Visit at the House of the Prizren League. It is one of the most important buildings of the 19th century in Albanian History.
In addition visit at the Ethnographic Museum inside the House of the League.

Visit at the “Stone Bridge of Love” and the Traditional Bazaar of Prizren. Situated around the Sinan Pasha Mosque this is the more interesting and historical part of Prizren. We will have toward the streets of the old city visiting the traditional bazaar when handcrafts and perfume shops bloom in every corner.

Stop At: Our Lady of Ljevis, Sahat Kulla, Prizren Kosovo

Visit the Orthodox Church of Prizren, protected by UNESCO, one of the most important historic & cultural sites of the city. Similarly to the Church at Pristina this is also managed by Serbian Comunity. In addition, introducing to its history and how it was transformed in centuries in a Mosque.

Pass By: Skanderbeg Square, At the center of Tirana, Tirana Albania

After the visit to the Church, we will start our drive back to Tirana.

Traveler pickup is offered
Hotel Pick Up in Tirana.
Other Cities Pick Up available on Request.