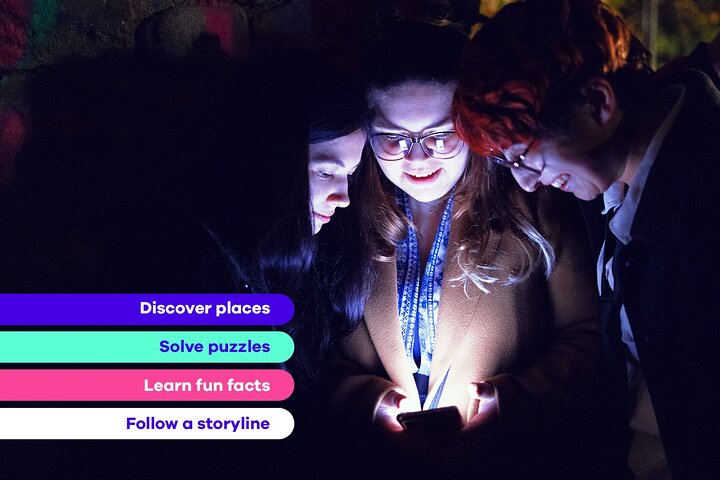 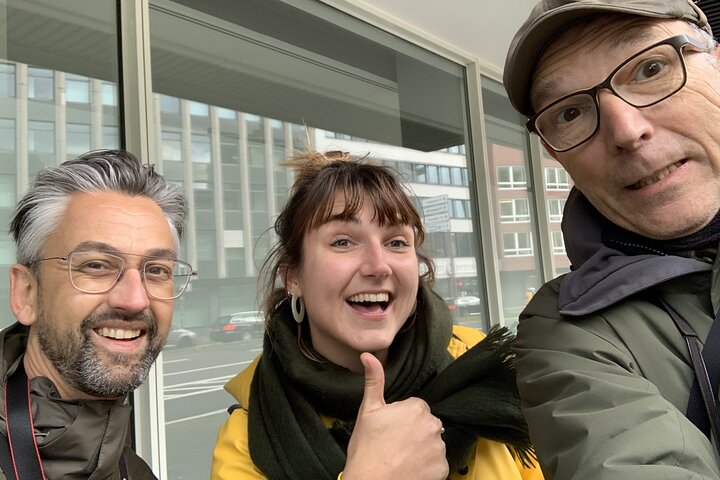 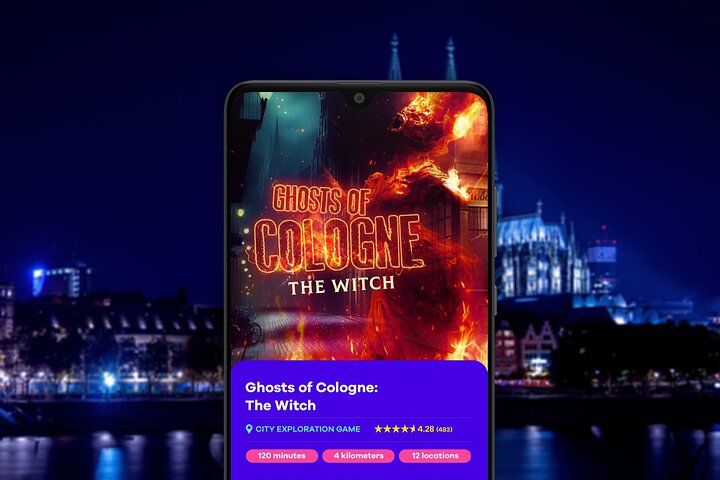 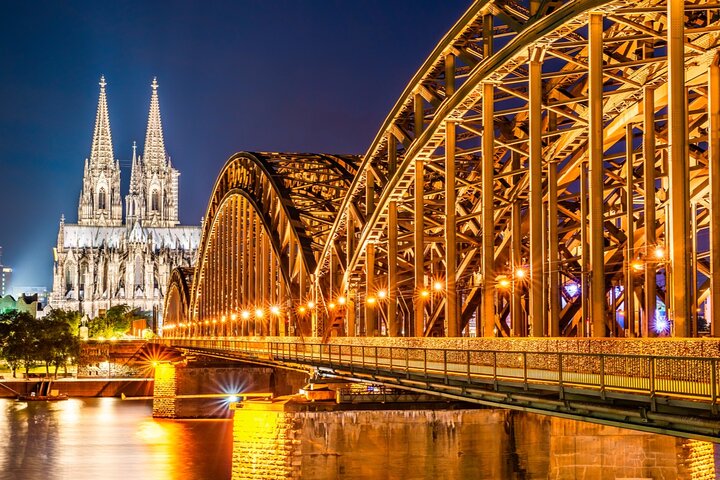 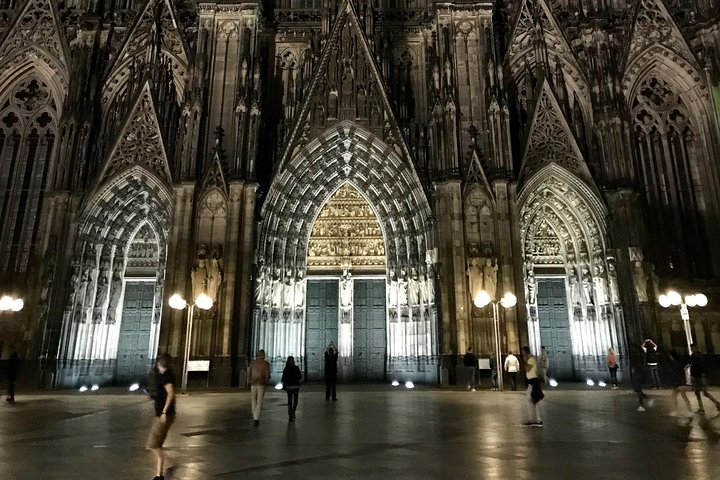 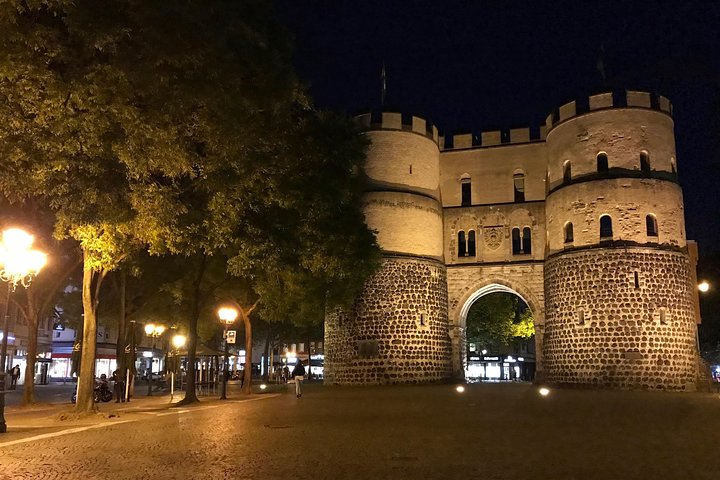 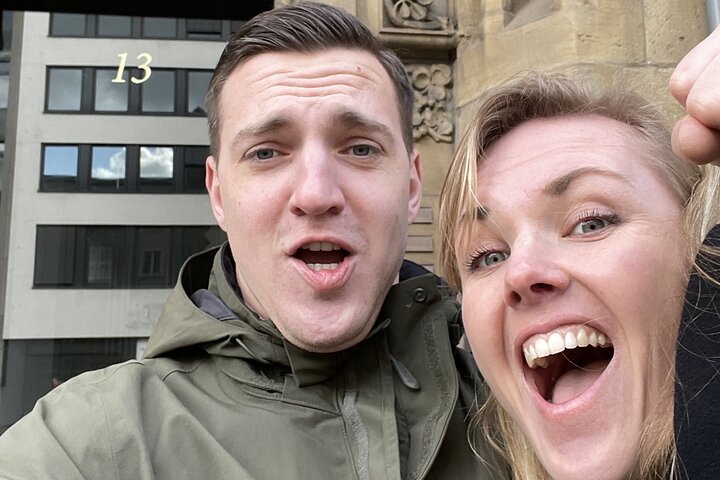 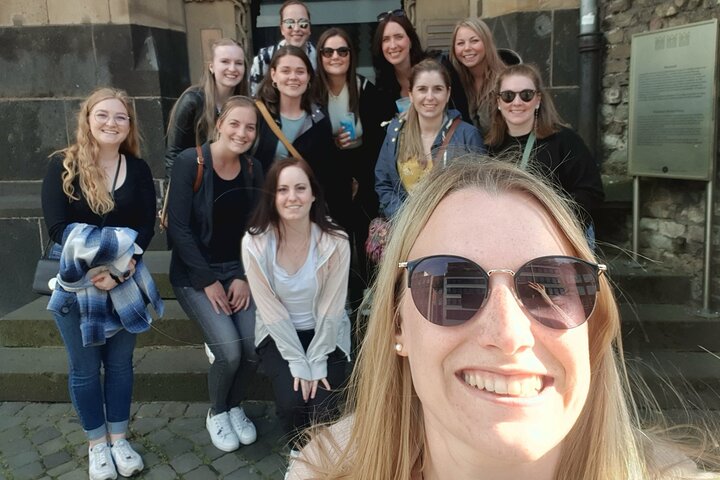 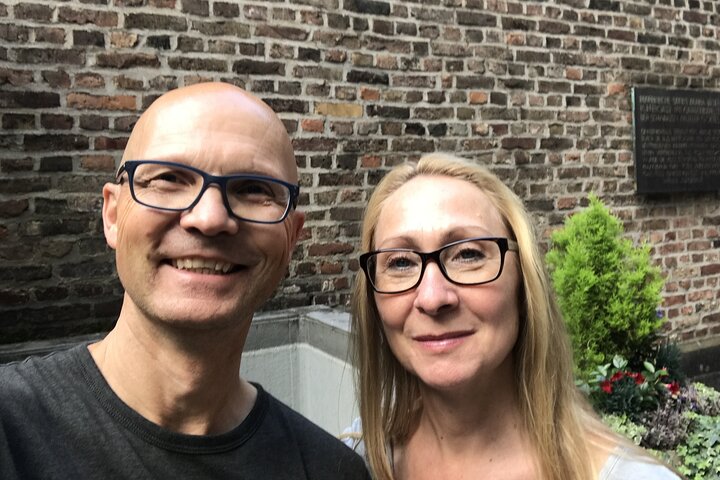 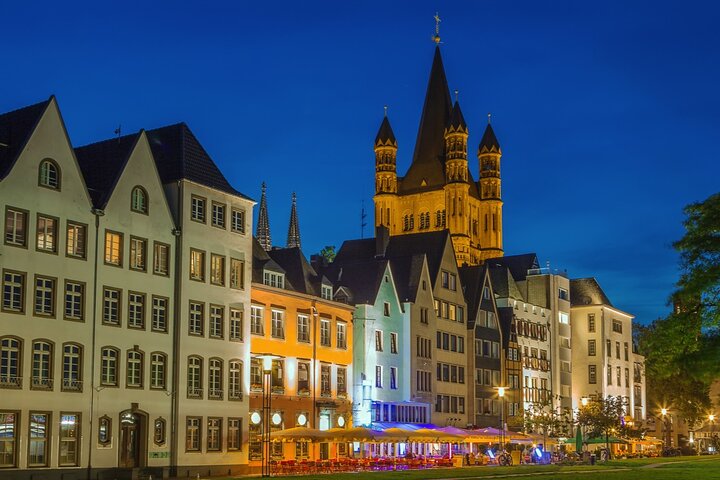 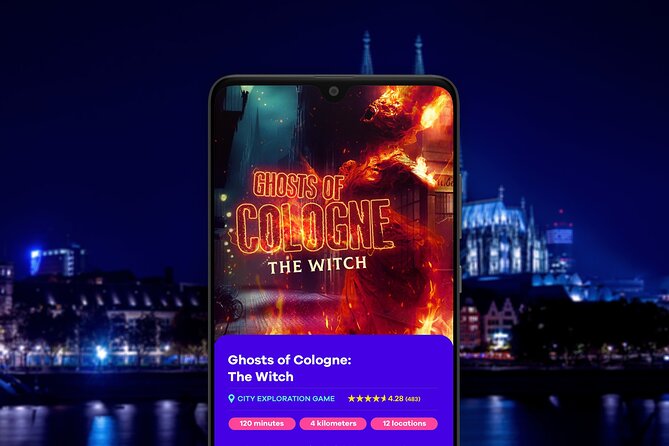 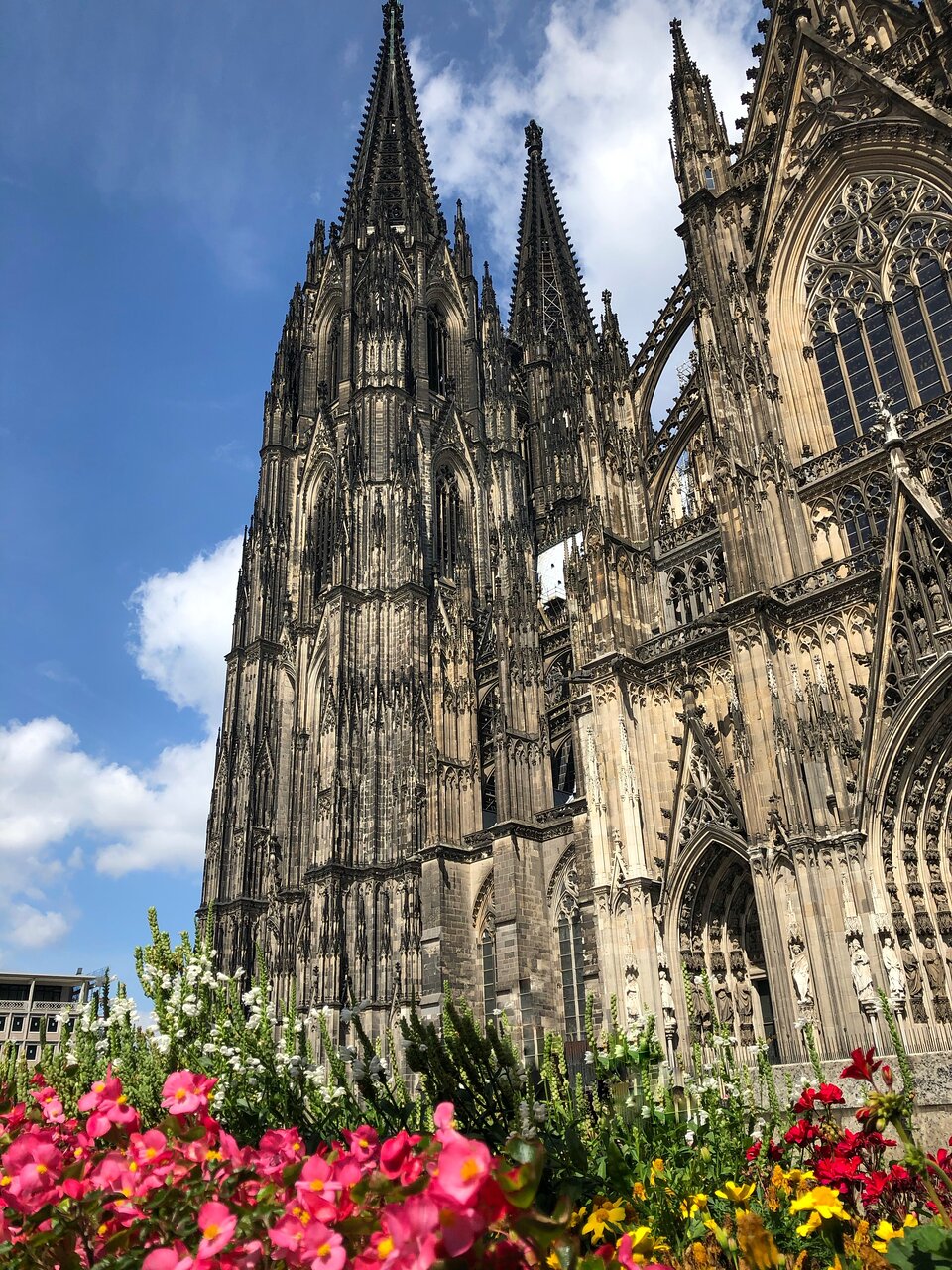 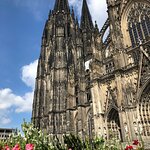 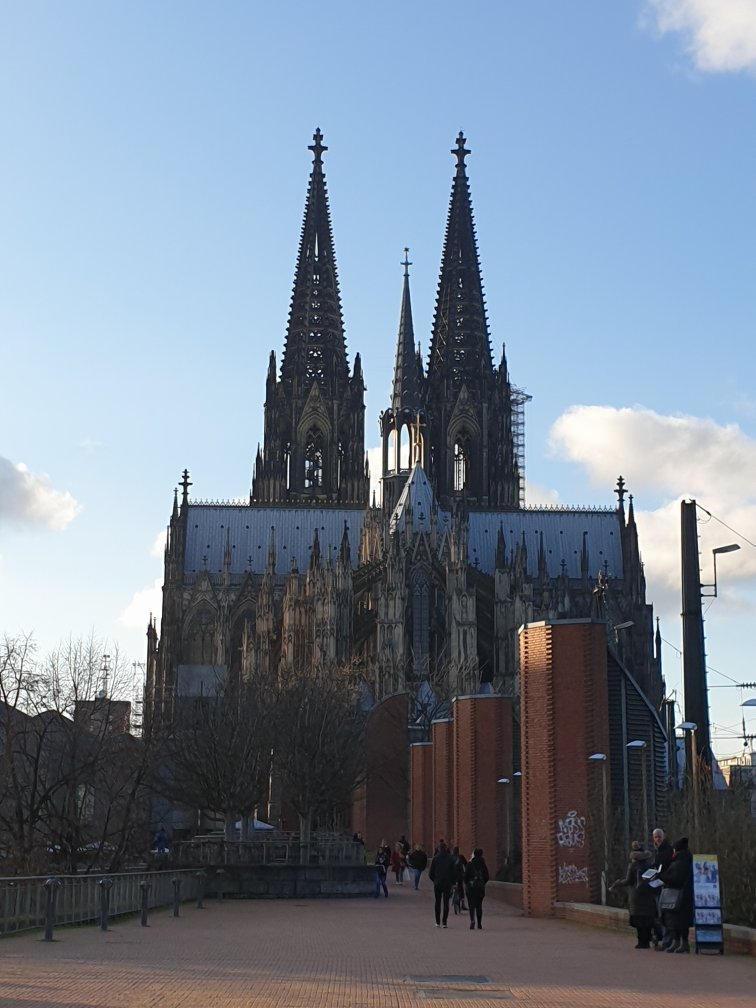 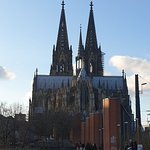 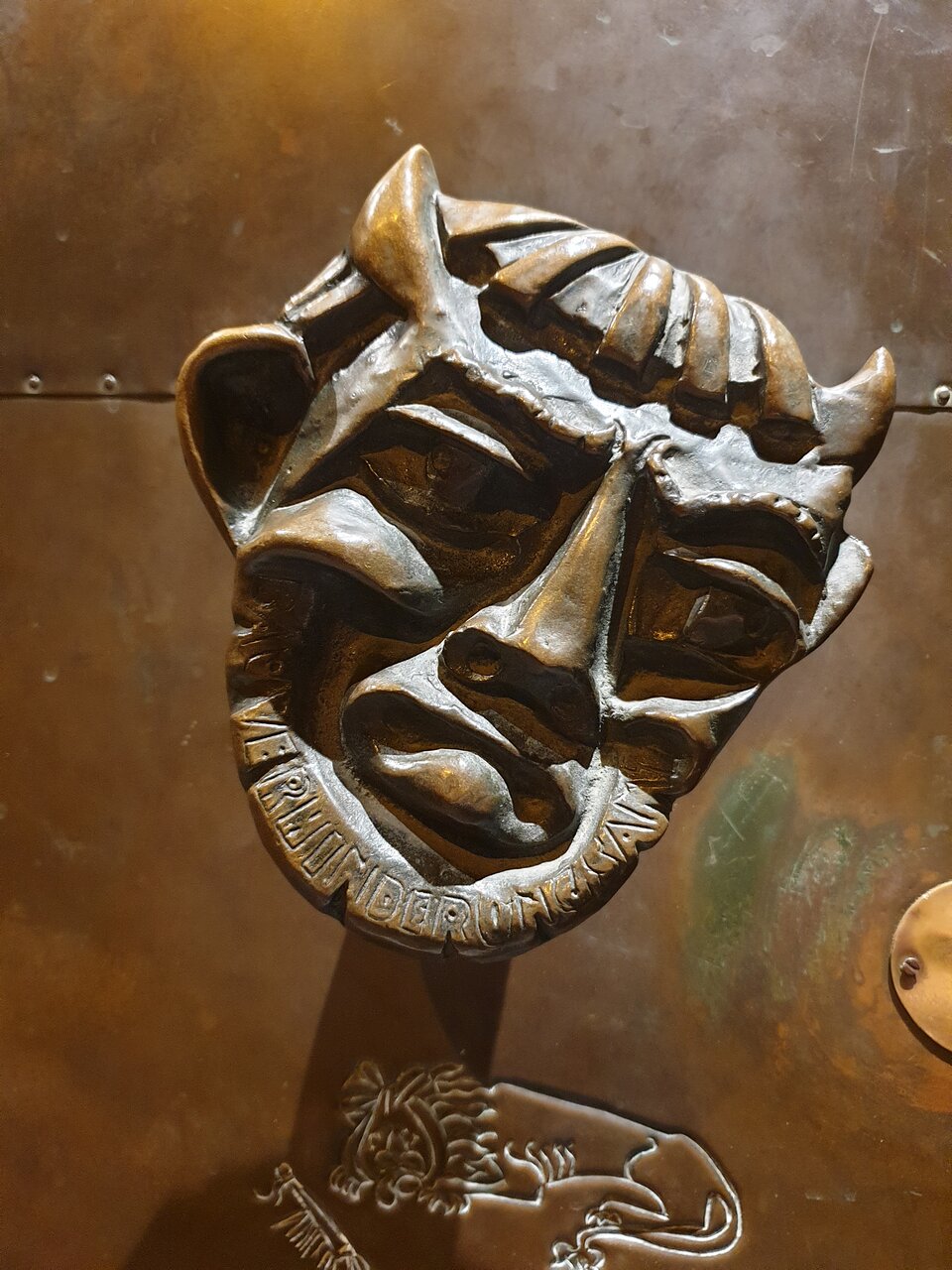 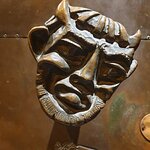 If you’re looking for an out-of-the-ordinary way to explore Munich that reveals a different side of the city, then this haunted exploration game is the one for you. Using your smartphone, solve clues to unlock stories and discover some of the city’s most haunted places—including Cologne Cathedral, Domplatte, the historic Old Town, and more.

+ Discover the most haunted streets, villas, and squares in the city
+ Find out the horror stories of the people who used to live there
+ Solve clues on your phone while you visit the haunted Cologne

You are invited to discover the captive souls, the spirits and the mysterious skeletons of Cologne with an interactive city exploration app.

Each clue will lead you from one place to another, giving you exact directions, so you won’t need a map, a GPS or a guide. When you solve it and guess the answer, the secret story of that place is unlocked. Along the way, you’ll find horror stories that will give you the chills.

Dare you go on this tour?

The Carmelite Church of St. Joseph and St. Maria Magdalena in Würzburg was built by Antonio Petrini from 1662 to 1669. It was the first Baroque church of Würzburg, one that survived the tragic events of WW2. Approximately 500 people were sheltered from the bombing in the spacious crypt under the Church, where a child was born during the inferno. On March 16, 1945 , the vaults of the church, which served as a public air raid shelter were destroyed by bombs or a firestorm and the "by no means modest" furnishings burned almost completely. Don’t worry! The church was completely rebuilt by 1950 so you can continue discovering its hidden stories by looking around to find the answer to our challenge and advance to the next location.

Here you will come across one of the most impressive monuments of the world: the Cologne Cathedral, the largest Gothic church in northern Europe and a designated UNESCO World Heritage Site. Being designed as a grandiose house for the reliquary of the Three Kings by its medieval builders, it represented a place of worship for the Holy Roman Emperor. Despite having been left incomplete during the medieval period for some centuries, Cologne Cathedral eventually became unified as "a masterpiece of exceptional intrinsic value" and "a powerful testimony to the strength and persistence of Christian belief in medieval and modern Europe". But what mysteries surround this place- Solve the puzzle and don’t get scared, Questo is with you along the way!

The “massive concrete belt around the cathedral”, Domplatte is a pedestrian platform where magic happens. For skaters and roller skaters, acrobats, street musicians and pavement painters, the areas in the shadow of the venerable Cologne Cathedral become a private open-air stage. Whether it was a concert of Frank Sinatra or Cologne’s famous Christmas market, Domplatte was booming with activity. Solve the clues and you can be in the front row!

Good effort! You are halfway through your route. Seeing that you did not get scared so far, we introduce you to the Melaten-Friedhof, an urban cemetery that offers an oasis of green and a glimpse into the city's storied history, art and personalities. Here you will find incredibly nice sculptures and monuments in a peaceful and quiet setting. You can wander around and enjoy the shady green avenues and beautiful trees, whilst meditating, perhaps, about the meaning of life...or the alternative. Don’t get too far or you may get lost among the tombstones! You will get indications on how to continue your game as soon as you find the right answer.

Hiroshima-Nagasaki-Park. Iconic name, iconic place! This is a park inaugurated in 2004 in Cologne in order to commemorate the tragic events that took place during WW2. Here you will find the Abolish Nuclear Weapons Memorial that was unveiled in the park, surrounded by three trees: a ginkgo for Hiroshima , a Japanese cherry for Nagasaki and a black poplar for Cologne.

The memorial shows an origami crane that refers to a Japanese legend, according to which anyone who folds 1000 origami cranes (sembazuru) receives a wish from the gods It has more significance than you would expect, so don’t forget to lay an eye on it before going to the next checkpoint.

Here you can enjoy a draft Kölsch beer or try Cologne’s typical Halver Hahn sandwich to make sure you stay hydrated and energized until the end of the city game.

Cologne Central Station is for sure one of the most grandiose train stations from Germany. Being situated in the heart of the city, you can get from here to anywhere or you can simply visit it as a tourist attraction. If you missed the train, then you can surely solve the next clue that will take you to the final destination.

The oldest museum for East Asian Art in all of Europe and the only one in North Rhine-Westphalia can be found in Cologne. Opened in 1913, the house shows precious works of art from China, Korea and Japan. Your visit will take you to Buddhist paintings and wood sculptures, Japanese screen paintings, color woodcuts and lacquer art, porcelain and ceramics from the Bronze Age to the 19th century.

While you are here, you can take your time to observe also the architecture of the building, which is in itself a work of art, with clearly structured cubes that are linked with the old Japanese traditions and at the same time developing a new, modern design touch.

Now that you reached the end of your city game, you can call yourself a true Questo explorer!