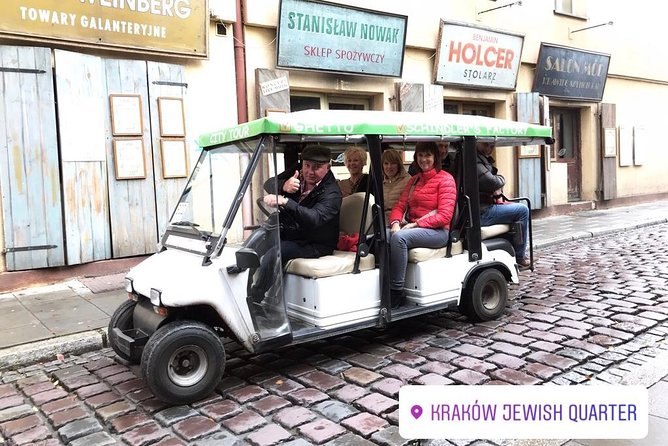 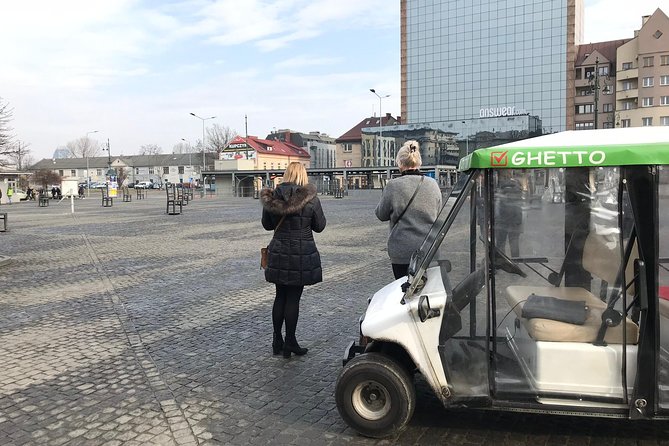 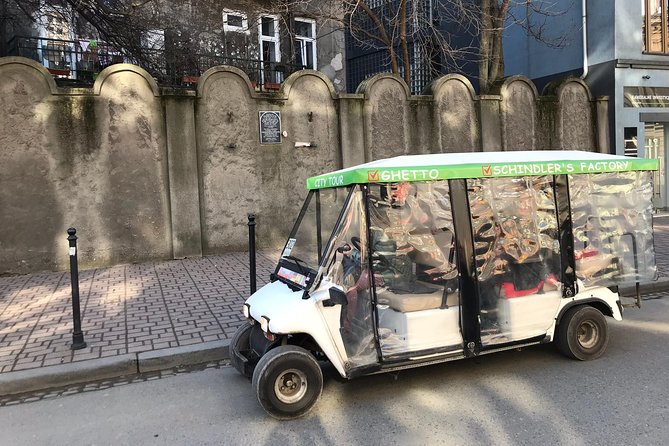 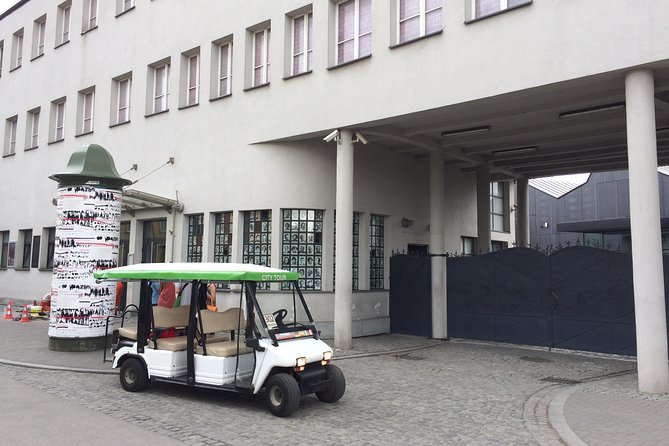 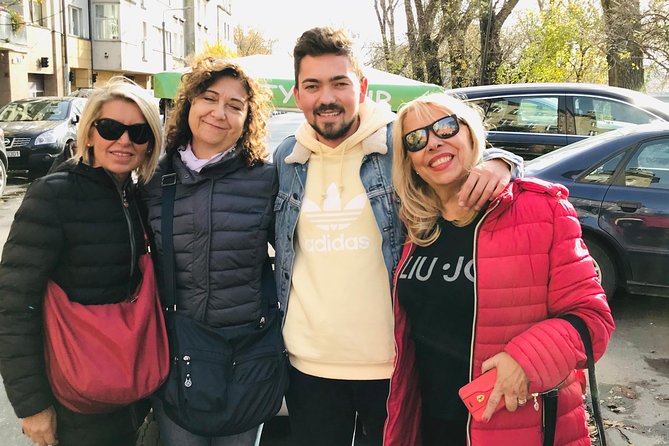 The best view of Krakow from Golf Cars

We will experience an authentic day in Krakow after a well-planned route through the city.

In my eco-friendly Golf Car I will take you around the Old Town, Kazimierz Jewish Quarter where you discover the Christian and Jewish part of district, Ghetto (from the time of the Second World War) and Schindler's Factory.

We have a audio guide with informations about historical monuments (26 languages optional) - so we will stop at each location and allow time for explanation of sites and their long history.

You will also discover less popular streets, where you will feel the true climate of the district and a lot of street art.

On the tour you can try the most famous Zapiekanki (open-faced sandwich) at Plac Nowy.

To memorize the trip you will be photographed by me and then I will send you photos to the email.

Electric vehicle is also heated so it's warm and allows to use in winter time.

Built around 1498 it is a historic gateway leading into the Old Town of Krakow.

The towering Grunwald Monument is an important symbol of Polish National Pride. It stands in commemoration of one of the most important victories in the shared history between Poland and Lithuania. This was at the Battle of Grunwald which was one of the largest battles in Medieval Europe.

One of the largest city parks in Krakow. It encircles the Old Town, where the Medieval city walls used to stand until the early 19th century.

For centuries the residence of the kings of Poland and the symbol of Polish statehood, the Castle is now one of the country’s premier art museums. In 1978 it was declared a UNESCO World Heritage Site as part of the Historic Centre of Krakow.

The Wawel Dragon is a famous dragon in Polish folklore. His lair was in a cave at the foot of Wawel Hill on the bank of the Vistula River.

The Bernardine Church stands directly at the foot of the Wawel Hill. The present building was erected in the 2nd half of the 17th century.

King Casimir III raised a new gothic church in its place and since 1472 this shrine has been in the possession of a monastic community of Pauline Fathers. In 1733-1751 the church received a baroque decor. It is one of the most famous Polish sanctuaries.

Wolnica Square is a part of the old market square in Kazimierz.

The Father Bernatek Footbridge (Kladka Ojca Bernatka) straddles the Wisła River just south of the centre, linking the districts of Kazimierz and Podgorze.

Gothic church founded by King Casimir III the Great in 1335. The interior of the church is a mixture of Polish Gothic and impressive Polish Baroque architecture.

The Progressive Synagogue, known as Tempel was built in the 1860s.

Synagogue was founded in the 1530s.

Square was part of the Jewish city from the late 16th to the mid-19th century. The most characteristic element of the square is the so-called Okrąglak, built in 1899–1900 as a roofed market hall.

The High Synagogue was the third to be built in the Jewish city.

It is the oldest synagogue, was built in 1407 or 1492. Inside has a permanent exhibition of the most interesting exhibits of the collection of judaica.

The heart of the Jewish district of Krakow.

Synagogue was built in the 1620s. Today it houses a branch of the culture centre, and during the Jewish Culture Festival it is a venue for artistic workshops and lectures.

House where was born Helena Rubinstein.

This unique complex of Jewish architecture and sacred art from the mid-16th century has remained a centre of religious life.

The Kraków Ghetto was one of 5 major, metropolitan Jewish Ghettos created by Nazi Germany.

The only pharmacy in the Krakow ghetto. Inside museum with exhibition.

A fragment of the ghetto wall on Lwowska street.

In the years 1941-1943, the entry gate to the ghetto was located at the beginning of Limanowskiego Street, diverging from the Podgórze Market Square.

Church of St. Joseph from XX century at Podgorski Square.

Informacion Adicional
"Confirmation will be received at time of booking"
"Not wheelchair accessible"
"Prices given for a group of 1-7 people"
"This tour included audio guide in your language (we have 26 languages)"
"City tours are also possible on cold and rainy days, as our vehicles are equipped with special covers"
"Near public transportation"
"Infants must sit on laps"
"Most travelers can participate"
"During a two-hour trip you will visit the most important monuments of the city"
"This is a private tour/activity. Only your group will participate"

Traveler pickup is offered
We can pick up personally from the hotel, but it depends on its location, so please contact us before the trip to arrange the details.