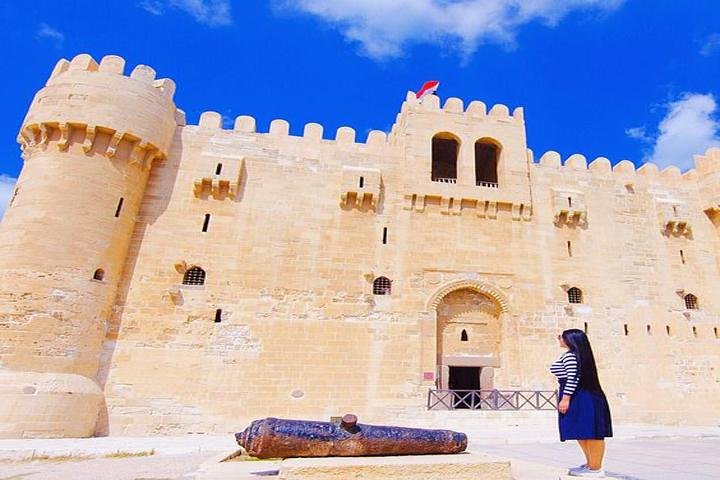 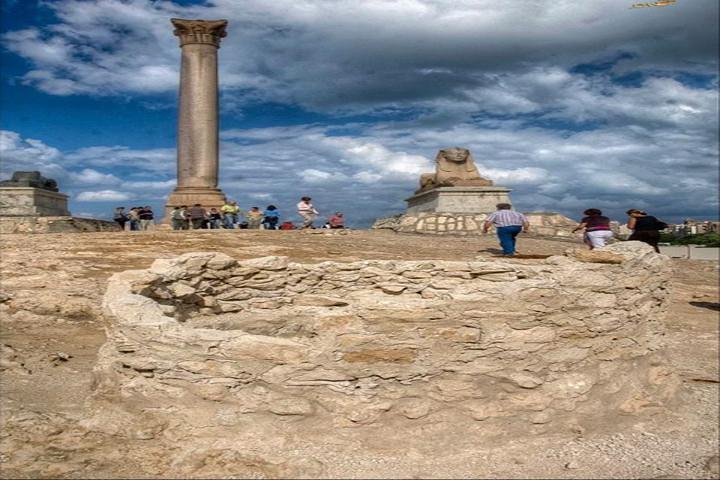 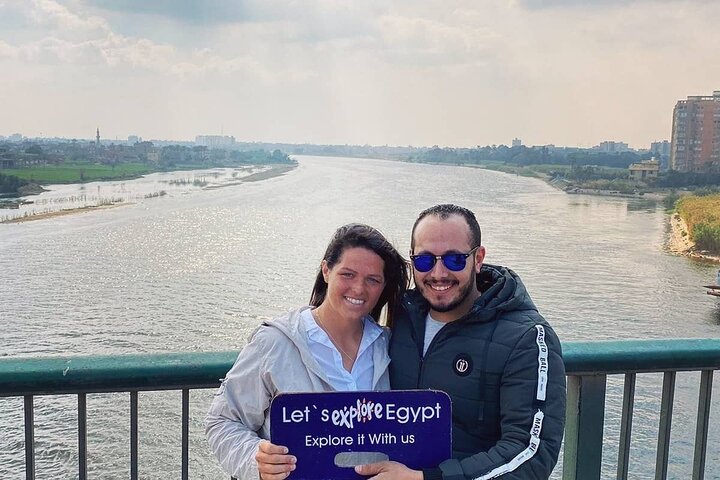 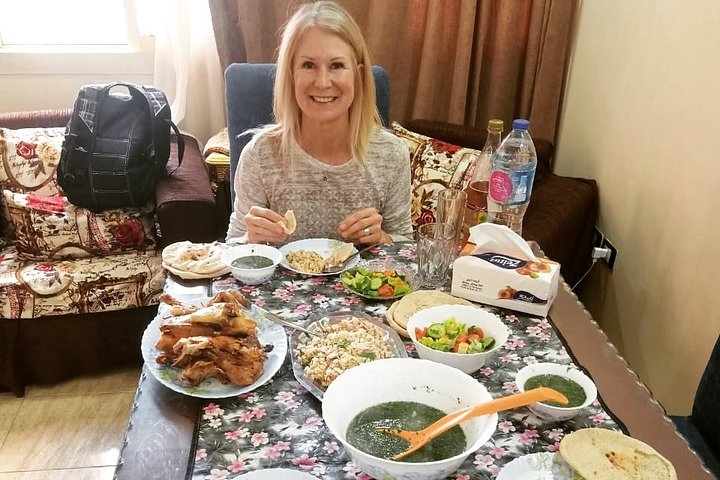 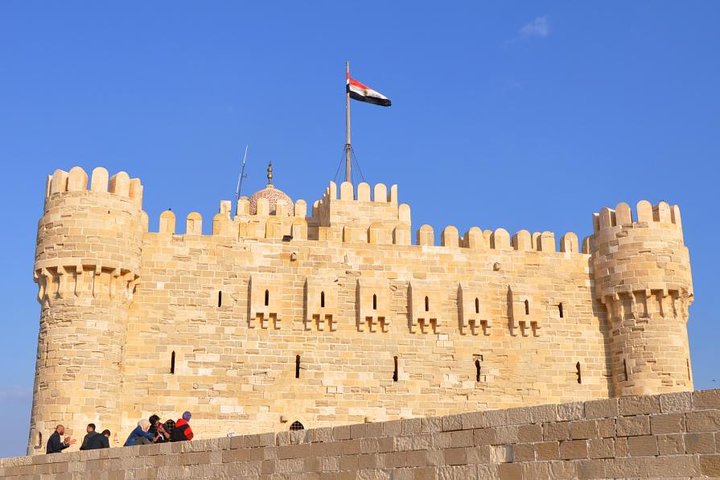 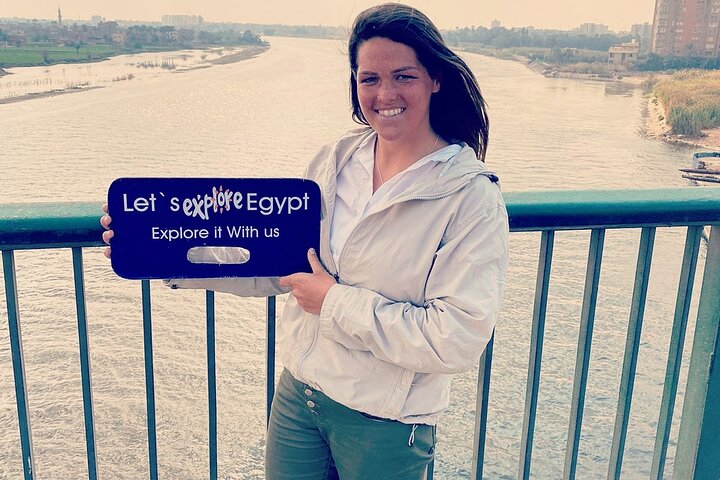 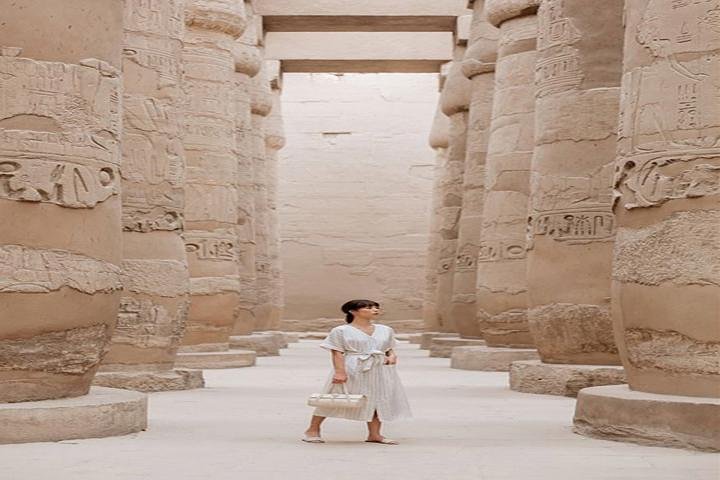 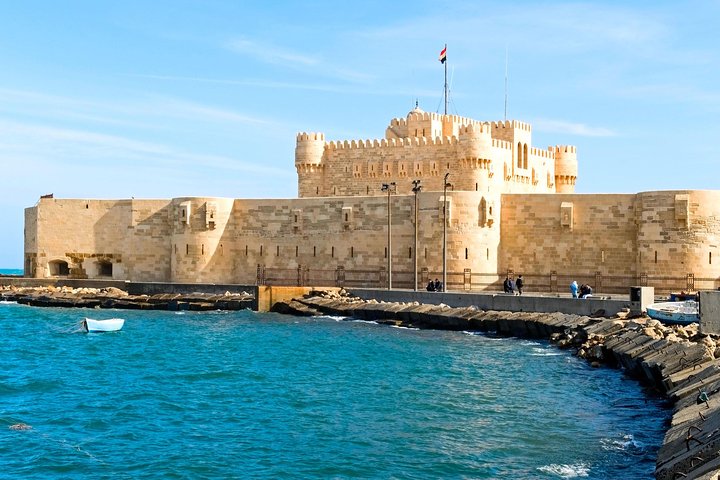 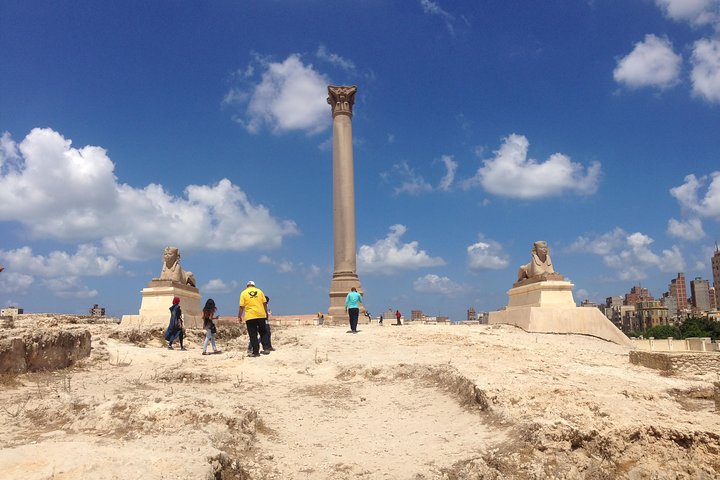 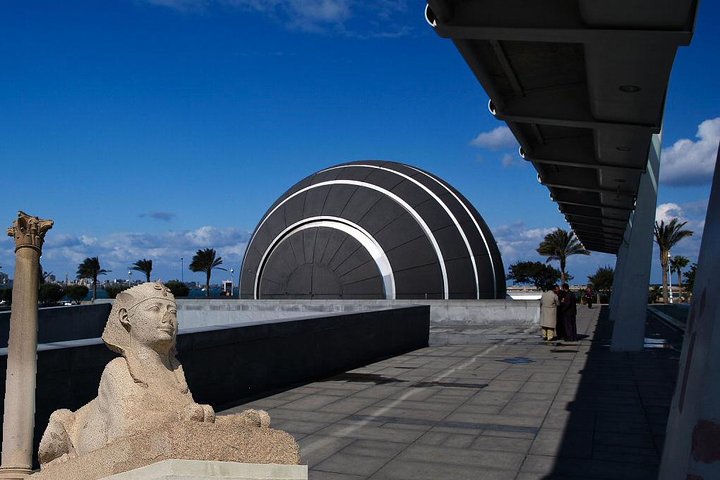 Enjoy your full-day trip to Alexandria city from Cairo.explore Alexandria with your guide who will talk about the history of Romans in Egypt Dating back to the Roman period in Egypt, the cities history starts from 332 B.C. Alexandria was Egypt’s second-largest city situated on the Mediterranean Sea. Founded by Alexander the Great in 332 BC, explore all corners of the city to experience how this city has been formed over hundreds of years!

Start your lovely day by meeting your guide at your hotel; take your high way from Cairo (about 3 hours' drive each way), arrive in the famous city then you will start exploring the city with your tour guide who will explain for you the old history of Alexandria.
starting by necropolis consists of a series of Alexandrian tombs, statues and archaeological objects of the Pharaonic funeral cult with Hellenistic and early Imperial Roman influences. Due to the time period, many of the features of the catacombs of Kom El Shoqafa merge Roman, Greek and Egyptian cultural points; some statues are Egyptian in style, yet bear Roman clothes and hair style whilst other features share a similar style. A circular staircase, which was often used to transport deceased bodies down the middle of it, leads down into the tombs that were tunneled into the bedrock during the age of the Antonine emperors (2nd century AD)The facility was then used as a burial chamber from the 2nd century to the 4th century, before being rediscovered in 1900 when a donkey accidentally fell into the access shaft. To date, three sarcophagi have been found

will be second attraction Pompey pillar, Its name is misleading. This single column standing on a rocky hilltop in the middle of Alexandria has nothing to do with the Roman Consul and General Gaius Pompey who was Julius Caesar’s rival in a civil war and was murdered by a Ptolomaic pharaoh in 48 BC when he fled to Alexandria.

This legend was started by Crusaders, who thought the 100-foot (30 meter) red Aswan granite pillar marked his burial site. The pillar is instead the a triumphal monument erected around 300 AD for the Roman Emperor Diocletian, but the true significance of this archeological site is what stood here before the pillar.
It is the site of the Serapeum, Alexandria’s acropolis.
In the first centuries AD, Christianity was introduced to Egypt and Alexandria developed into its stronghold. Gradually, Christianity became the dominant religion in Egypt, relegating adherents to the ancient traditions and pagan gods an irrelevant minority that became increasingly unpopular.

The Serapeum, dedicated to Alexandria’s patron god, Serapis, was a symbol of this ancient tradition, which conflicted with the increasingly popular ideas of Christianity.In 391 AD, patriarch Theophilus, leader of the Church of Alexandria, led a Christian mob to destroy the Serapeum and other symbols of paganism in the city. Some accounts even blame this mob for the destruction of the Great Library of Alexandria, although this is disputed.

Today the only single column marks the site of what was once a huge and elaborate temple, which was constructed of marble and decorated with precious metals on the interior. Some of the tunnels around the complex remain and are open for tourists to explore and some of the artifacts from the temple have been recovered. A life-size black basalt bull from the temple and a golden plaque marking the foundation of the Serapis are on display in the Greco-Roman Museum.

this will be the third stop he Citadel of Qaitbay (or the Fort of Qaitbay; Arabic: قلعة قايتباي‎) is a 15th-century defensive fortress located on the Mediterranean sea coast, in Alexandria, Egypt. It was established in 1477 AD (882 AH) by Sultan Al-Ashraf Sayf al-Din Qa'it Bay. The Citadel is situated on the eastern side of the northern tip of Pharos Island at the mouth of the Eastern Harbour

Informacion Adicional
"Confirmation will be received at time of booking"
"Children must be accompanied by an adult"
"Infant meals not included"
"Please advise any specific dietary requirements at time of booking"
"Vegetarian option is available, please advise at time of booking if required"
"Not wheelchair accessible"
"Most travelers can participate"
"This is a private tour/activity. Only your group will participate"
"Face masks required for travelers in public areas"
"Face masks required for guides in public areas"
"Face masks provided for travelers"
"Hand sanitizer available to travelers and staff"
"Social distancing enforced throughout experience"
"Regularly sanitized high-traffic areas"
"Gear/equipment sanitized between use"
"Transportation vehicles regularly sanitized"
"Guides required to regularly wash hands"
"Regular temperature checks for staff"
"Temperature checks for travelers upon arrival"

Traveler pickup is offered
Customer location
Pickup and Drop off service are included
once you book you will get phone number for us , whats app us