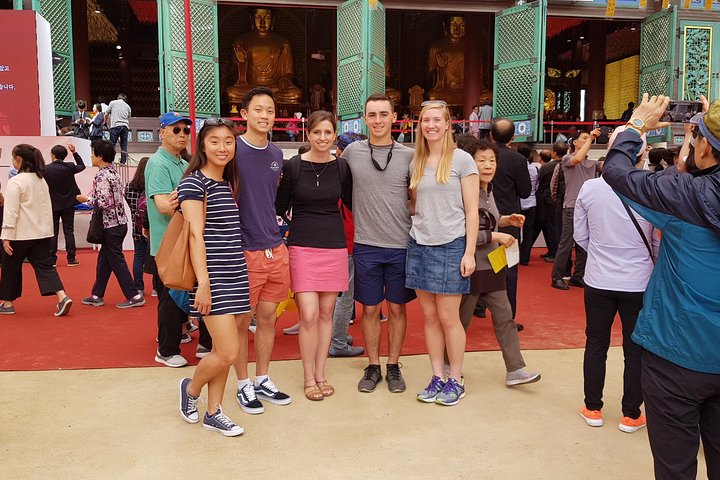 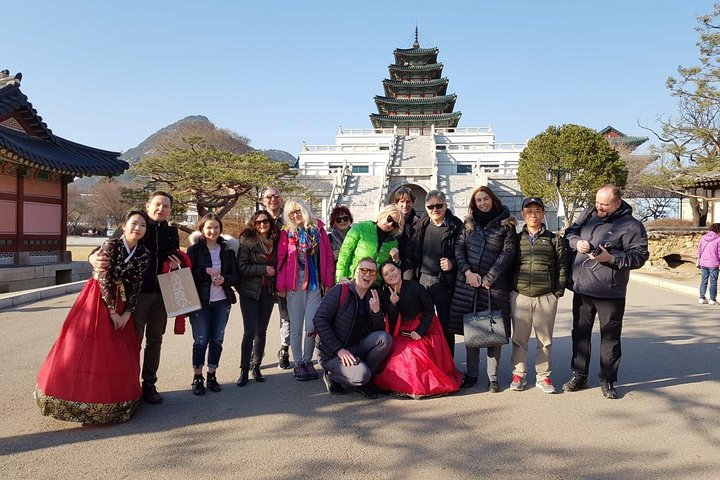 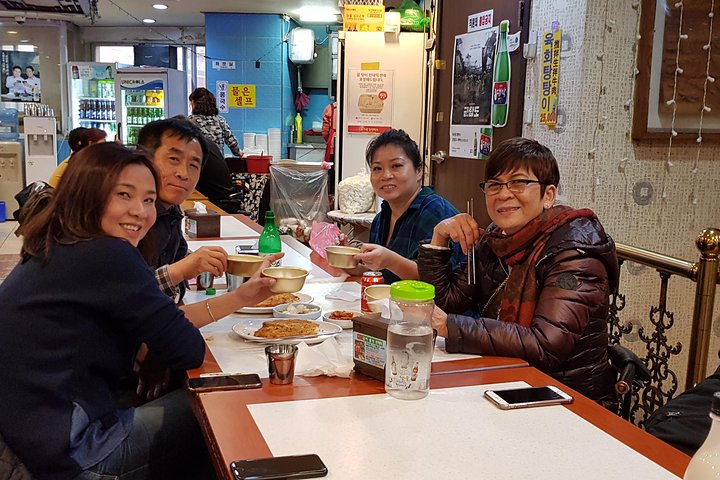 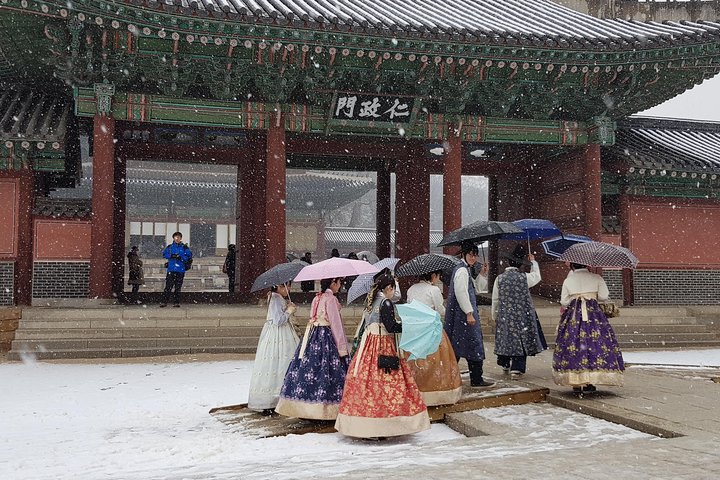 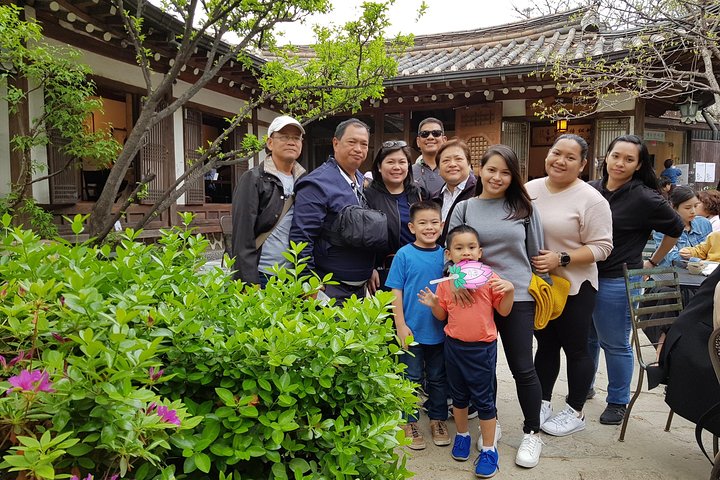 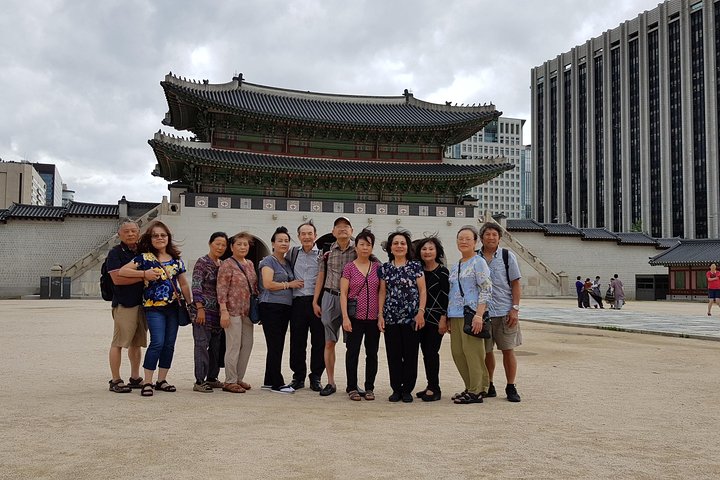 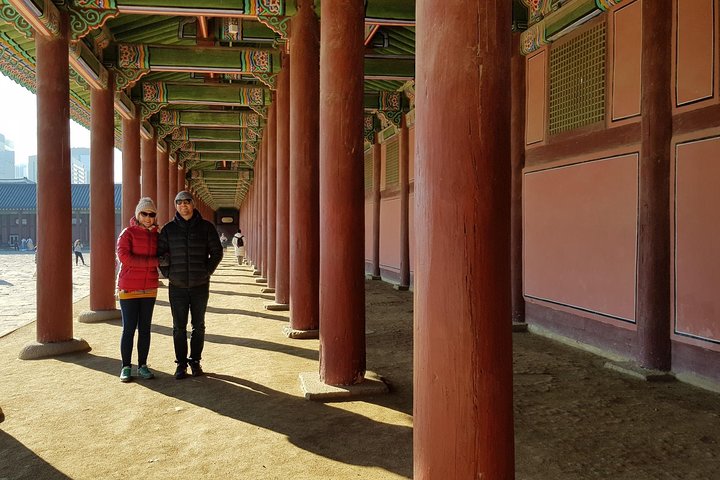 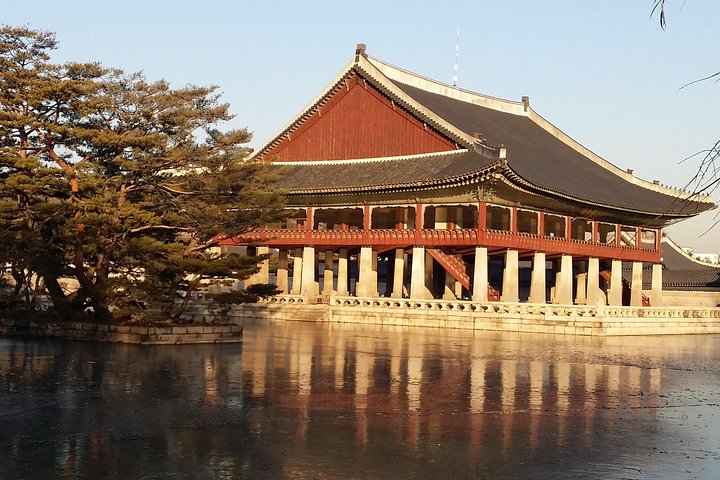 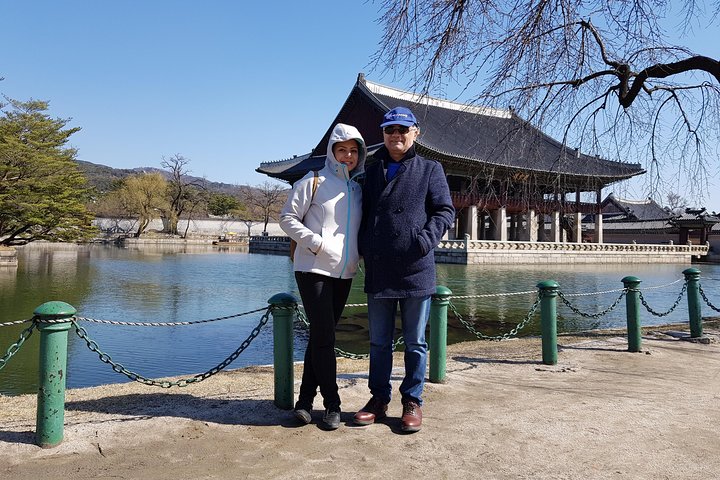 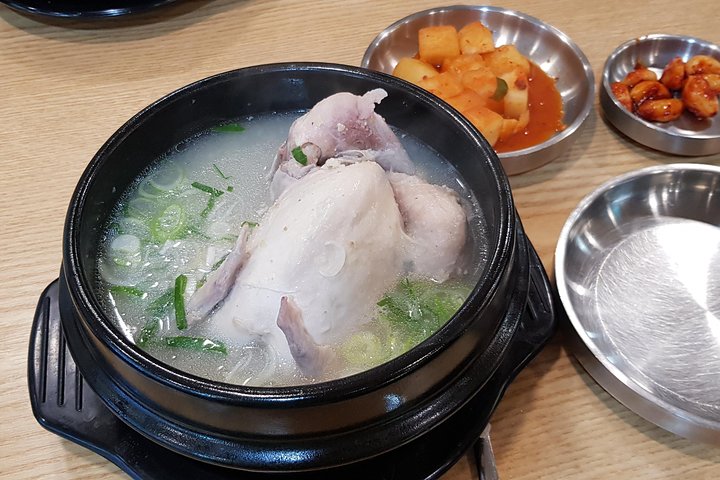 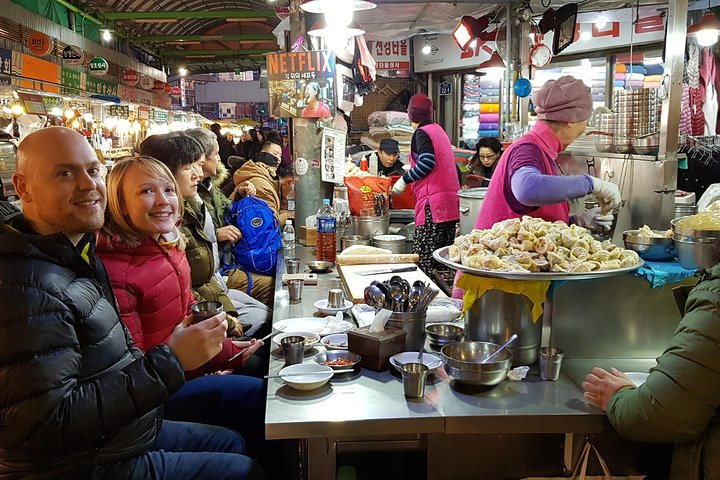 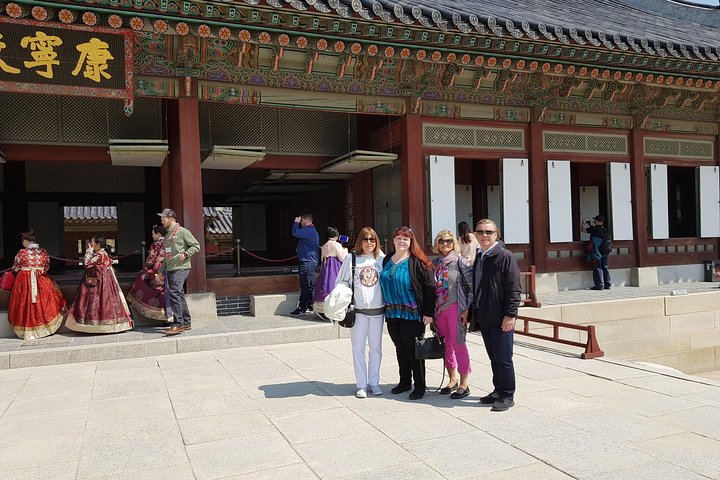 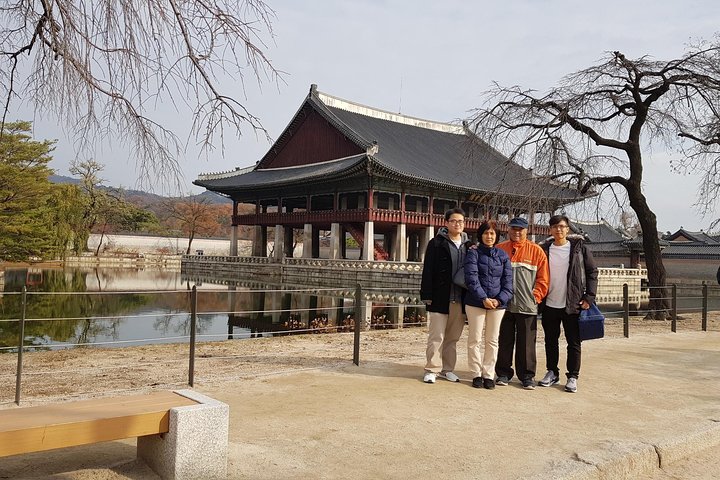 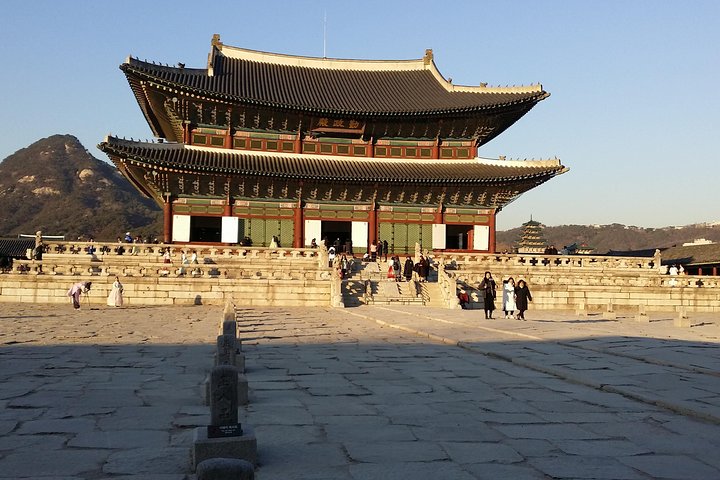 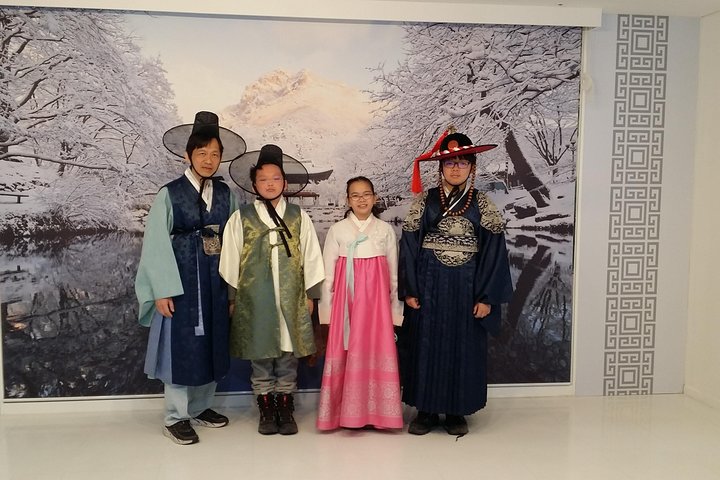 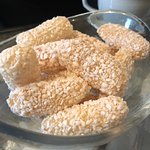 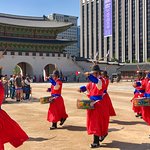 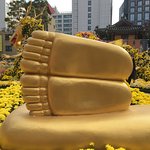 You can enjoy both city tour and Gourmet Tour. We will visit the most popular tour attractions like Gyeongbokgung palace, Changing ceremony of the Royal Guards, Bukchon Hanok Village, Insadong and etc. You will experience handcraft making, Hanbok wearing and etc.. For tasting of Korean foods, we will visit not a group tourist restaurants but famous quality local restaurants, and taste Jinseng Chicken soup at the popular restaurants for lunch. For vegetarian, there are nice vegetarian restaurant. This restaurant is famous enough to have more than ten minutes of queuing lines always. During the tour, we also enjoy Korean snacks or tea. For dinner, we will taste various kinds of street foods at Kwangjang market. For all above mentioned tour activities and foods are included in our tour and you don't need to reserve separate tickets for city tour and food tour. Through this combined tour with professional licensed English speaking guide, you will feel Korean's life, culture and heritage.

You will see how the Korean lived from the birth to grave at this museum.The National Folk Museum of Korea is a museum that represents daily life and culture of Korea and is visited by more than two million people every year, and provide educational and cultural opportunities to better understand and experience the traditional Korean lifestyle.

Bukchon(buk means north, chon means village) is a traditional residential village forming with Korea’s traditional house, Hanok(Tiled roof house). As you see, because of rapid industrialization of Korea, most Korean live in apartment and modified western style house, so it is very hard to see the traditional Korean Hanok village nowadays. This Bukchon Hanok village is one of traditional villages maintaining traditional Hanok style. Because this Bukchon was near the palace, and located at a good place according to fengshui, a theory of divination based on topography, this was a good residential area for royal family and high officials for 500 years of Joseon dynasty. Nowadays, Bukchon is one of famous tourist attraction in Seoul. Tourist can enjoy and feel the history of Bukchon , various cultural experience like tea ceremony, calligraphy, handcrafts and etc. at Bukchon.

Jogyesa Temple is located in central Seoul and it is one of Korea's major Buddhist temples, also serves as headquarters for the Jogye Order of Korean Buddhism, the largest sect of Korea Buddhism. The temple's main hall is called Daeungjeon Hall and the famous statue of the seated Buddha is enshrined here (the statue is Tangible Cultural Heritage of Seoul No. 126). Baeksong, a white pine tree that is more than 500 years old stands next to Daeungjeon. Located in the heart of Seoul, huge numbers of tourists visit the temple to experience Buddhist culture.

Insadong is a traditional cultural place where you can see old Seoul. Originally, the government office in charge of paintings on king and royal family in Joseon Dynasty was located at Insadong. The streets of Insadong are lined with craft workshops, antique shops, galleries, and restaurants, traditional hanok style’s teahouse. Seoul city designated Insadong as street of traditional culture in 1988, and the first cultural place in 2002, This area is car free zone every weekend, so you can enjoy walking with shopping, cultural experience like making some handcrafts. And you can enjoy various events like musical performance. Samjigil is one of the place which you can feel Korea’s traditional handcrafts. During the tour at Insadong, we can taste refreshment.

You will visit Dawon Traditional Tea Garden in Kyung-In Museum of Fine Art in a hanok (traditional Korean house) and enjoy traditional Korean Tea, this place offers the visitors a moment to relax and find peace in the city. When seated, greenery and flowers in the private garden make for a nice view while sipping tea. There are more than 15 homemade teas available, all of which originate from Korea. Dawon's peaceful atmosphere and authentic experience make it a must visit for anyone in Seoul. The unique charm of the tea house is made up of antique furniture.

Cheonggyecheon is a 11 km-long waterway flowing center of downtown Seoul. This waterway was natural stream until Joseon dynasty. After Korean war, many refugees made their houses and lived there, so this area was a typical slum and very dirty with bad smells there. Later 1950, Cheonggyecheon was covered with cement structures and automobile overpass was built over there, and many modern buildings were built at surrounding area, so this place became a successful symbol of Korea industrialization. But, after 40 years passed, the structures and overpass became obsolete and dangerous, and so city government decided to restore the place as Eco-stream. This was changed to Eco-waterway through 2 year's restoration project. Total length of restoration is 5.8km, there are 22 bridges, and 50,000 visitors a day. Cheonggyecheon became a symbol of the rapid development of Korea and major tour attraction place nowadays.

This is a Seoul center of Korea Tourism Organization, and is a K-Style Hub. You can experience Korean foods, kimchi and etc.. Also, you can take a picture with K-POP stars through AR technology, and making Korean craft and Hanbok(Korean Traditional Clothes) wearing experience are available

Kwangjang market is Korea’s first commercial market. This market opened in 1905. Originally, Namdaemun market was the biggest traditional market until early 1900s, but Japanese occupied Namdaemun market by Japanese’s invasion to Korea, so Korean merchants opened Kwangjang market for Koreans in 1905 to compete Japanese Namdaemun market. In the early of this market, major products were agricultural products, but nowadays, there are many kinds of products including fashion items, especially Gwangjang market has become famous as eating place to taste various street foods at cheap price. From about 10 years ago, many foreigners began to visit this market and became famous. This market is one of the famous tourist attractions in Seoul. The typical street foods are Kimbap, Soondae, Nokduejeon(Korean pancake made with mung beans), Yukwhe(beef sashimi)and etc.. we will taste various kinds of street foods for dinner here.

Informacion Adicional
"Confirmation will be received within 48 hours of booking, subject to availability"
"Not wheelchair accessible"
"Stroller accessible"
"Near public transportation"
"Not recommended for travelers with back problems"
"No heart problems or other serious medical conditions"
"Most travelers can participate"
"This is a private tour/activity. Only your group will participate"
"Face masks required for travelers in public areas"
"Face masks required for guides in public areas"
"Hand sanitizer available to travelers and staff"
"Social distancing enforced throughout experience"
"Regularly sanitized high-traffic areas"
"Gear/equipment sanitized between use"
"Transportation vehicles regularly sanitized"
"Guides required to regularly wash hands"
"Regular temperature checks for staff"
"Paid stay-at-home policy for staff with symptoms"
"COVID-19 vaccination required for guides"

Hora de Inicio: 9:00 AM
Duración: 9 Hours
Lugar de comienzo: Traveler pickup is offered
We pick up customers at any hotel in downtown Seoul. Or, we can meet customers at Gyeongbokgung station if customers prefer.