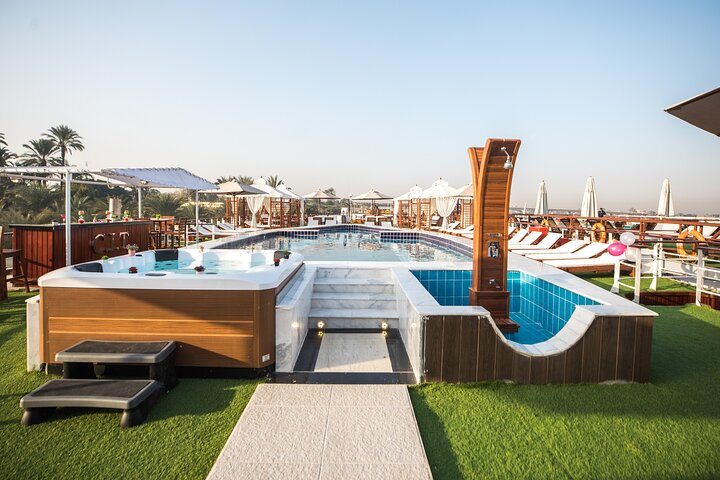 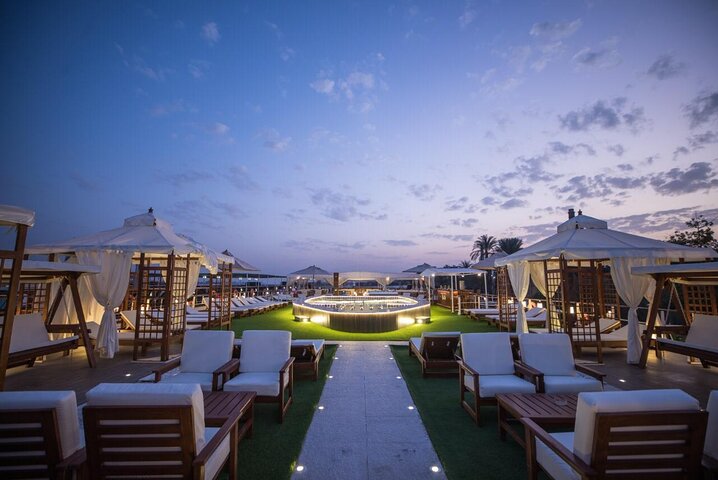 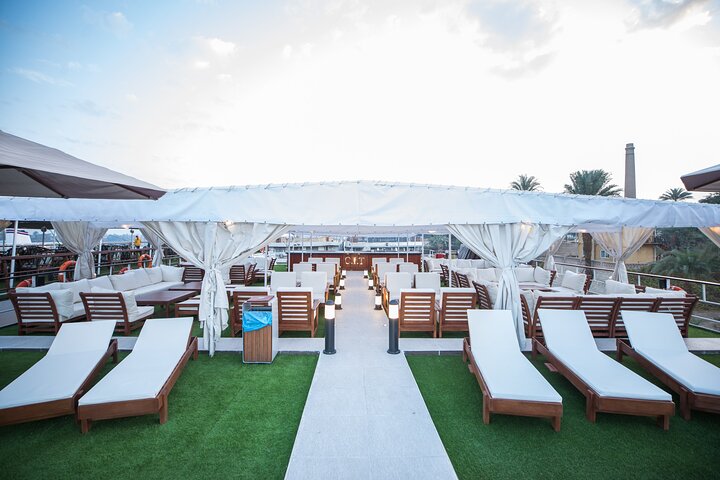 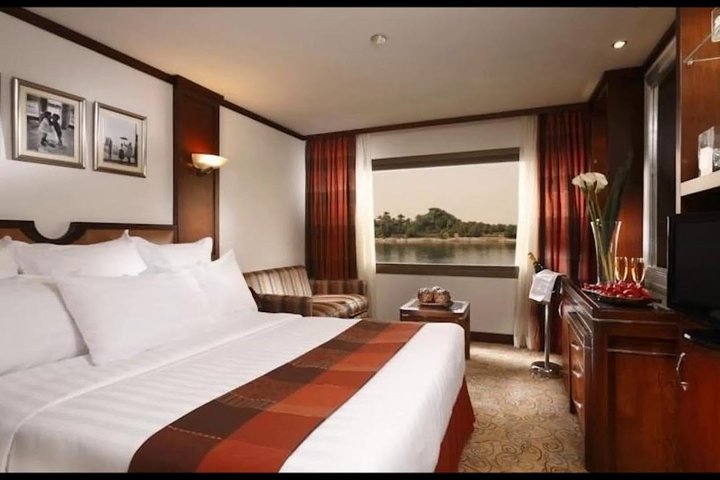 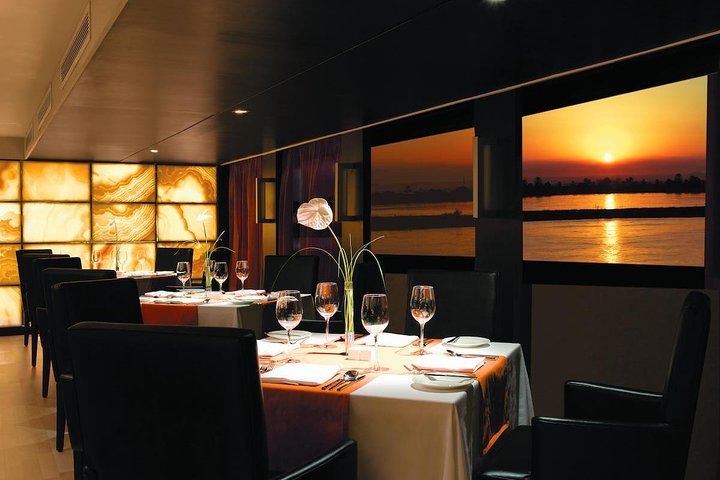 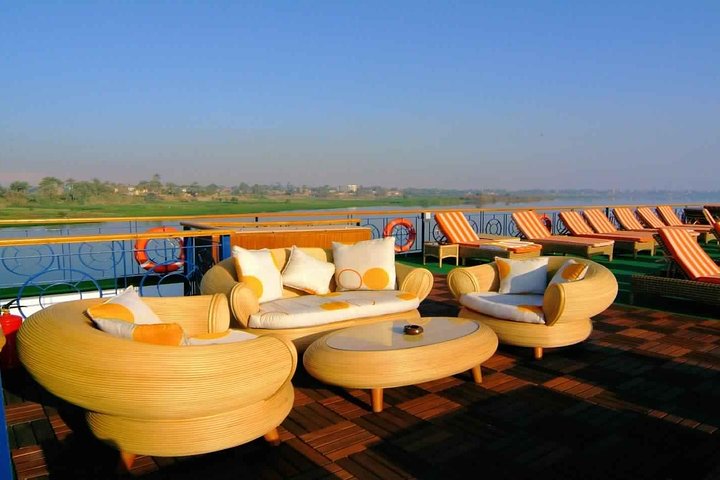 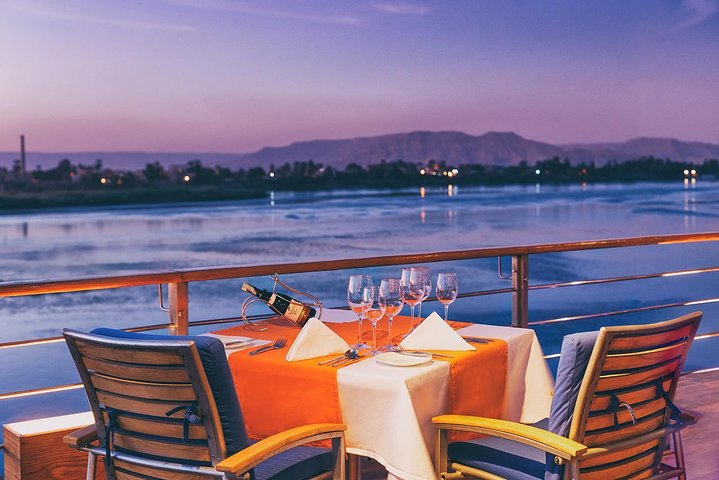 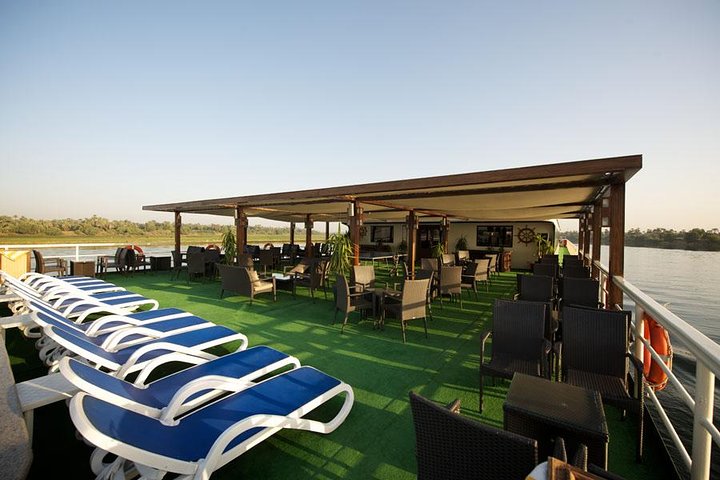 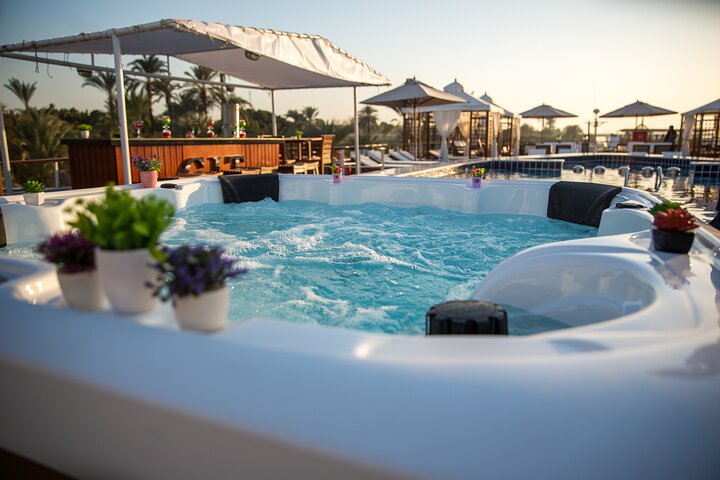 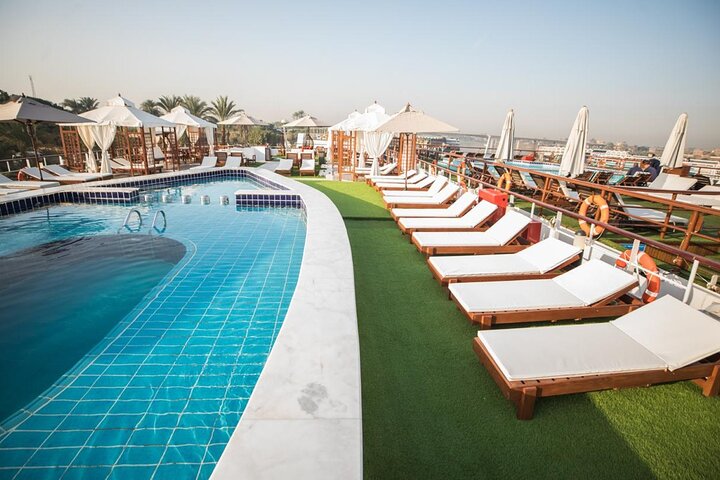 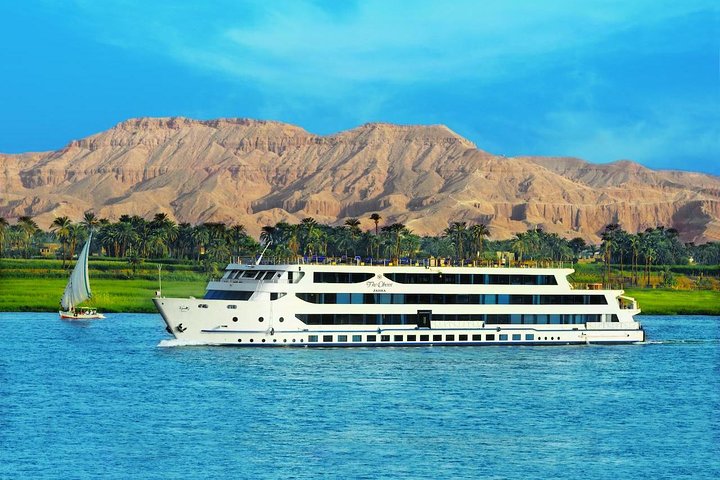 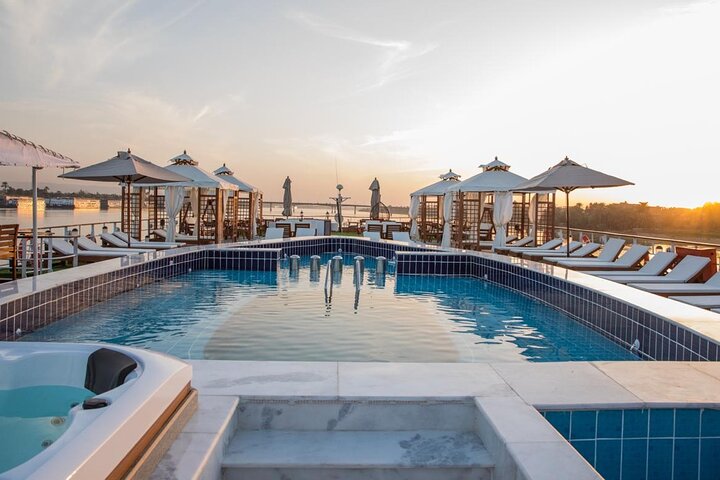 5-Day Nile Cruise of Egyptian Treasures from Luxor to Aswan

Guided tours in Luxor to the East and West Banks of Luxor, including Valley of the Kings, Hatshepsut Temple, Colossi of Memnon, Karnak Temples and Luxor Temple. And Edfu and Kom Ombo en route also in Aswan to the temple of Philae, the High Dam. and including a visit to Abu Simbel temple. Cruise is full board.

Stop At: Luxor Temple, Luxor 23512 Egypt
Luxor Temple is a large Ancient Egyptian temple complex located on the east bank of the Nile River in the city today known as Luxor and was constructed approximately 1400 BCE. In the Egyptian language it is known as ipet resyt, "the southern sanctuary"
Duration: 1 hour 30 minutes

Stop At: Temple of Karnak, Karnak, Luxor Egypt
The Karnak Temple Complex, commonly known as Karnak, comprises a vast mix of decayed temples, chapels, pylons, and other buildings near Luxor, in Egypt.

Pass By: Temple of Hatshepsut at Deir el Bahari, Kings Valley Rd Deir el-Bahari, Luxor 23512 Egypt
Hatshepsut was the fifth pharaoh of the Eighteenth Dynasty of Egypt. She was the second historically-confirmed female pharaoh, the first being Sobekneferu. Hatshepsut came to the throne of Egypt in 1478 BC.

Stop At: Temple of Horus, Adfo, Edfu Egypt
The Temple of Edfu is an Egyptian temple located on the west bank of the Nile in Edfu, Upper Egypt. The city was known in the Hellenistic period as Koine Greek: Ἀπόλλωνος πόλις and Latin Apollonopolis Magna, after the chief god Horus, who was identified as Apollo under the interpretatio graeca.
Duration: 1 hour 30 minutes

Stop At: Temple of Philae, Island of Agilika, Aswan Egypt
Philae is an island in the reservoir of the Aswan Low Dam, downstream of the Aswan Dam and Lake Nasser, Egypt. Philae was originally located near the expansive First Cataract of the Nile in Upper Egypt and was the site of an Egyptian temple complex.
Duration: 2 hours

Stop At: Aswan High Dam, Manteqet as Sad Al Aali, Qism Aswan, Aswan Governorate, Egypt
The Aswan Dam, or more specifically since the 1960s, the Aswan High Dam, is an embankment dam built across the Nile in Aswan, Egypt, between 1960 and 1970. Its significance largely eclipsed the previous Aswan Low Dam initially completed in 1902 downstream.
Duration: 1 hour

Pass By: Aswan Market, Aswan Egypt
Aswan, a city on the Nile River, has been southern Egypt’s strategic and commercial gateway since antiquity. It contains significant archaeological sites like the Philae temple complex, on Agilkia Island near the landmark Aswan Dam. Philae’s ruins include the columned Temple of Isis, dating to the 4th century B.C. Downriver, Elephantine Island holds the Temple of Khnum, from the Third Dynasty.

Meals included:
• Breakfast
Accommodation included: out at 9:00 am

Informacion Adicional
"Confirmation will be received at time of booking"
"Wheelchair accessible"
"Entry visas, Tips and gratuities,"
"entrance fees to the sites"
"and any items not mentioned above."
"Stroller accessible"
"Service animals allowed"
"Near public transportation"
"Infants must sit on laps"
"Infant seats available"
"Transportation is wheelchair accessible"
"Surfaces are wheelchair accessible"
"Not recommended for travelers with back problems"
"Not recommended for pregnant travelers"
"No heart problems or other serious medical conditions"
"Most travelers can participate"
"This tour/activity will have a maximum of 15 travelers"
"Face masks required for travelers in public areas"
"Face masks required for guides in public areas"
"Face masks provided for travelers"
"Hand sanitizer available to travelers and staff"
"Social distancing enforced throughout experience"
"Regularly sanitized high-traffic areas"
"Gear/equipment sanitized between use"
"Transportation vehicles regularly sanitized"
"Guides required to regularly wash hands"
"Regular temperature checks for staff"
"Temperature checks for travelers upon arrival"
"Paid stay-at-home policy for staff with symptoms"
"Contactless payments for gratuities and add-ons"