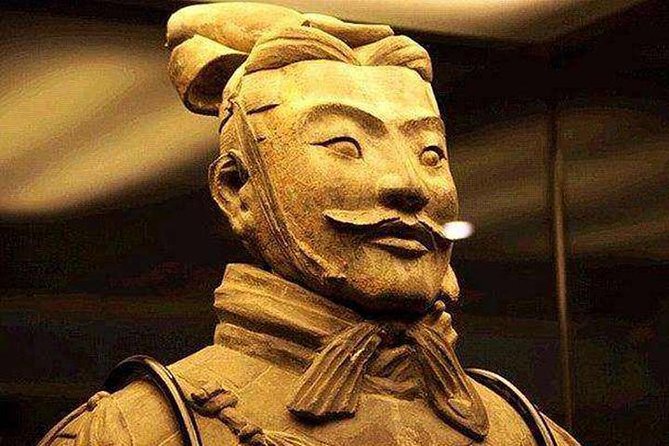 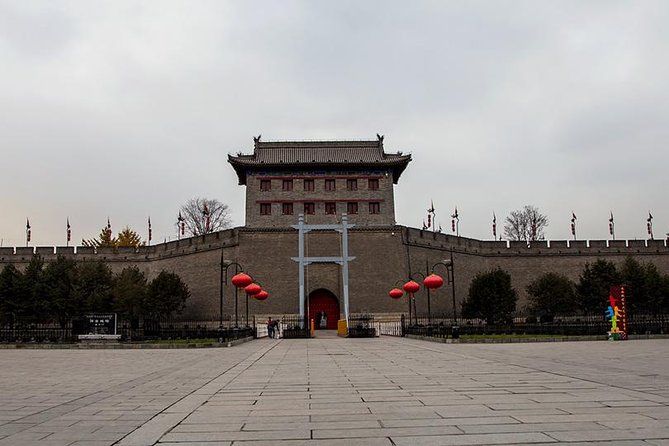 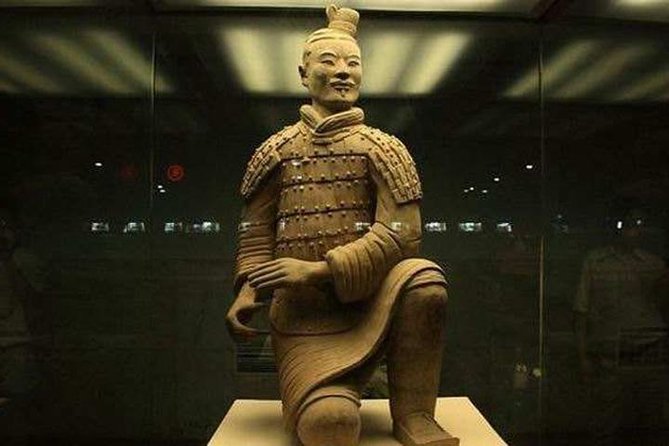 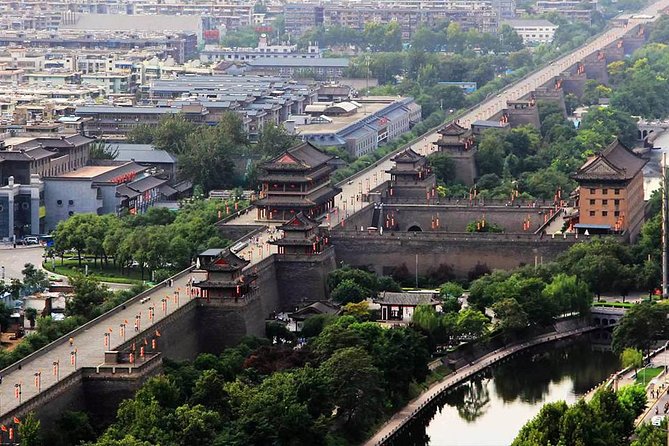 During this Xian group tour, you will see remnants from the Qin Dynasty at the Terracotta Army which is a collection of terracotta sculptures depicting the armies of QinShiHuang, the first Emperor of China. The program also includes Xian City Wall is the world's largest and best-preserved ancient fortress dating from the Ming Dynasty for outstanding views of the city when strolling the walls.

Terracotta Warriors is the first stop of the visit after the hotel pickup. This incredible 2000-year-old army of life-sized earthen warriors is part of the underground tomb of Emperor Qin. Over 8000 figures were in full battle array in several large pits. Many of the figures including soldiers, archers, horses and chariots have been restored, and the repairs and excavations continue. There is also an excellent museum, including bronze chariots unearthed nearby, and a film about the history and discovery of the tomb.

Pass Mausoleum of Qinshihuang which is just a hill, with the real tomb buried inside the large man-made tumulus and can be seen from afar.

After enjoying traditional local lunch, visit Xi'an City Wall. It is a major landmark of the city. It is the best preserved, the oldest and largest city defense systems in China. Afterward, you are transferred back to your hotel.

Informacion Adicional
"Confirmation will be received at time of booking"
"Not wheelchair accessible"
"Most travelers can participate"
"You will be informed the exact pick up time a night before departure by your tour guide, please leave your hotel information upon booking. If you don't receive the call before 8:30pm, please call (+86) 136 8353 6536"
"This tour/activity will have a maximum of 15 travelers"

Hora de Inicio: 9:00 AM
Duración: 7 Hours
Lugar de comienzo: Traveler pickup is offered
We will meet you at the hotel lobby and use your name to pick up.