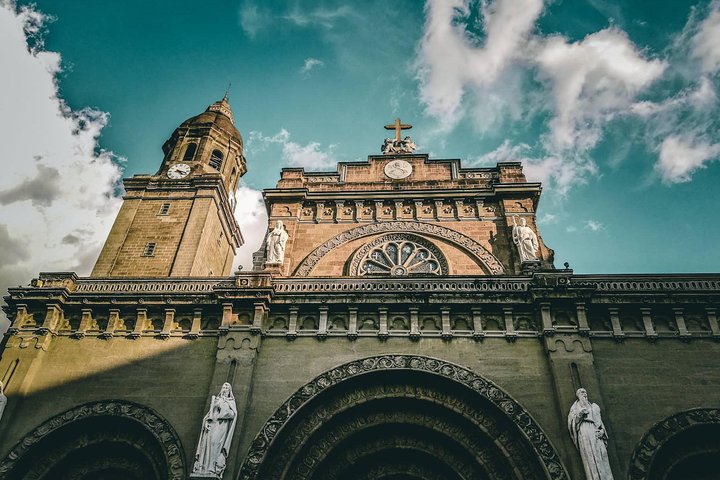 Intramuros, a district of Manila City, is also known as the Old Manila. Book this tour if you want a full-history tour about the story of Manila and the important events that shaped the Philippine history.

This walking tour tell the story of the Manila - from the pre-colonial times, Spanish Colonization, American annexation, Japanese Occupation and the post-war Manila. If you have less than 4 hours but you want to hear more than 400 years of Philippine history, this is the tour for you and your group.

It is a popular waterfront promenade in Manila in the Philippines. The boulevard, which runs along the shores of Manila Bay, is well known for its sunsets and stretch of coconut trees.

It is a citadel first built by Spanish conquistador, Miguel López de Legazpi for the new established city of Manila in the Philippines. The defense fortress is part of the structures of the walled city of Manila referred to as Intramuros.

The Rizal Shrine is a museum dedicated to the lifework of José Rizal. The museum is located in the building where Rizal spent his final night and hid his famous poem Mi último adiós (My Last Farewell) in an oil lamp. The shrine is home to various memorabilia such as the shells he collected in Dapitan, books, manuscripts and artwork.

It is the first cathedral of Philippines and basilica located in Intramuros. It is dedicated to the Immaculate Conception, a title for the Blessed Virgin Mary, the principal patroness of the country.

Intramuros is also called the Walled City, and at the time of the Spanish Colonial Period was synonymous to the City of Manila. It was the seat of government and political power when the Philippines was a component realm of the Spanish Empire. It was also the center of religion, education and economy. The standard way of life in Intramuros became the standard way of life throughout the Philippines. The Manila Galleons which sailed the Pacific for 250 years, carried goods to and from Intramuros (Manila) and Acapulco, Mexico.

You will go around the walls of the city in a horse-drawn carriage ride.

Casa Manila is a museum in Intramuros depicting colonial lifestyle during Spanish colonization of the Philippines. Casa Manila is a copy of an 1850s San Nicolas House that was once located in Calle Jaboneros.

Informacion Adicional
"Confirmation will be received at time of booking"
"Not wheelchair accessible"
"Near public transportation"
"Infants must sit on laps"
"Most travelers can participate"
"This experience requires good weather. If it’s canceled due to poor weather, you’ll be offered a different date or a full refund"
"This experience requires a minimum number of travelers. If it’s canceled because the minimum isn’t met, you’ll be offered a different date/experience or a full refund"
"This tour/activity will have a maximum of 12 travelers"

Hora de Inicio: 9:00 AM
Duración: 5 To 6 Hours
Lugar de comienzo: Traveler pickup is offered
For our guest, please specify your hotel upon booking. We will message you back regarding the time of pick-up. Pick-up time is usually 07:30 AM to 8:30 AM depending on your hotel location. Thank you.