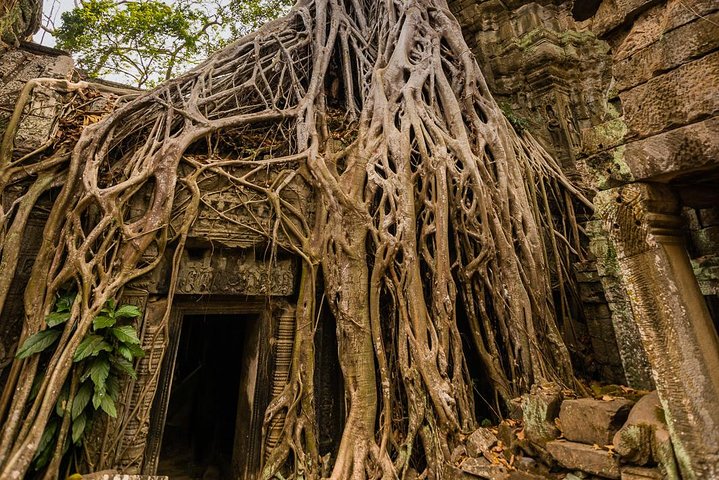 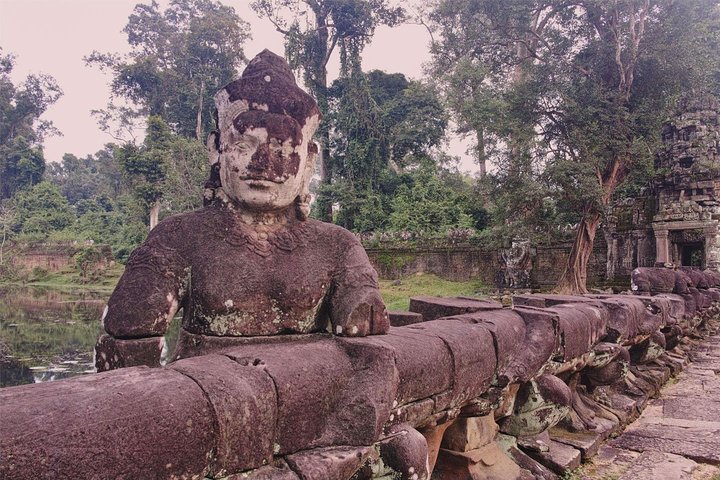 Step into a gateway to an ancient world of Angkor with your personal tour guide. Until it began to collapse in the late 13th century, Angkor was the largest pre-industrial city in the world, home to over a million inhabitants. Angkor Wat and its surrounding temples are just the core of the vast settlement that was the capital city of the old Khmer empire from the 9th century to around the 15th.

With that in mind, your tour begins in Siem Reap, taking time to explore the splendid Angkor Temples from well-known temples to leaser visited ruins. Explore the countryside and Tonle Sap lake villages.

Day 1: Explore the most beautiful temple in Angkor Archaeological Park

Stop At: Angkor Wat, Sangkat Nokor Thum, Siem Reap Cambodia
The architectural masterpiece was built in the 12th century, taking over 30 years to be completed and represents the Khmer civilization at its grandest. It is one of the largest religious monuments ever built. Angkor Wat (the biggest Hindu temple in the world and one of the largest religious monuments in the world, built-in between the 9th – 13th centuries, its general view are five ancients towers’ figures that embroidered or printed to the Kingdom of Cambodia’s Flag now. Overnight in Siem Reap
Duration: 2 hours

Stop At: Bayon Temple, Angkor Thom, Siem Reap Cambodia
Bayon was built by the greatest Khmer King Jayavarman VII in the late 12th century as his state temple that is exactly in the center of Angkor Thom. It's famous for the massive faces of Buddha carved on each of its 49 towers.
Duration: 1 hour

Stop At: Ta Prohm Temple, Angkor Archaeological Park, Siem Reap 21000 Cambodia
Ta Prohm is extraordinary. It's made famous by the Tomb Raider movie that was filmed here 20 years ago. It was also built the greatest King.
Duration: 1 hour

Stop At: Bakong, Roluos, Siem Reap Cambodia
Drive through the countryside from Siem Reap, taking the dirt road passing local villages. You will see the Khmer traditional houses and experience the breathtaking view over the green ricefields. After a jeed ride for almost an hour, we reach a local market where Khmer people sell fish, vegetables, and meat needed daily. Take 15 to explore the market.
Duration: 1 hour 30 minutes

Stop At: Kompong Phluk, On the Tonle Sap, Siem Reap Cambodia
Take a boat trip to see how people live on the surface of the Tonle Sap lake. All the stilt houses are up to 10 meters tall. In the dry season, you will be able to see from the bottom of their houses.

Note: August-March, the village is flooded which offers the best view. April - July, the water is very low which boat trip is a bit difficult so we may drive our jeep straight to the village.
Duration: 2 hours

Informacion Adicional
"Confirmation will be received at time of booking"
"Not wheelchair accessible"
"Children must be accompanied by an adult"
"Most travelers can participate"
"This is a private tour/activity. Only your group will participate"