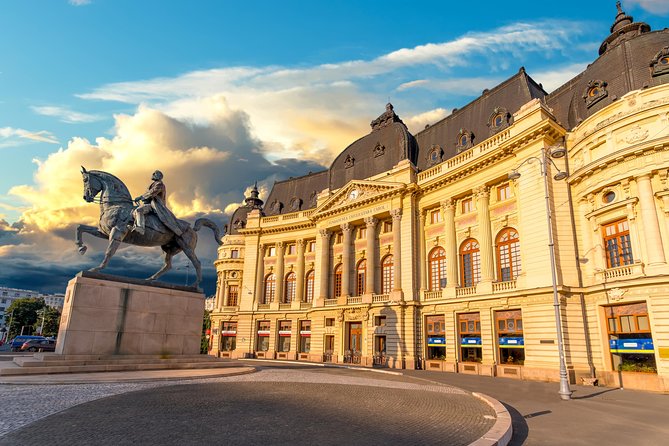 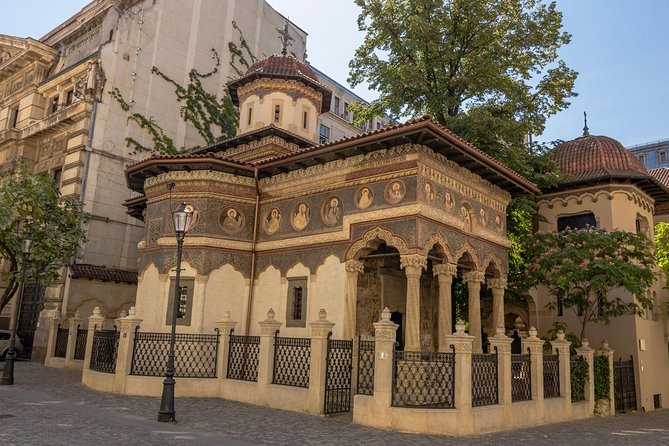 Explore the cosmopolitan contrasts of Bucharest on a full-day tour of Romania's capital and surrounding sights. See the best of Bucharest, including Communist relics like the supersized Parliament Palace and Revolution Square, plus the charming, French-inspired Old Town and traditional folk houses of the Village Museum. Head outside the city to dig deeper into Romanian history and myths at the royal Mogosoaia Palace and Snagov Monastery—the legendary final resting place of Dracula inspiration Vlad the Impaler.

This full day tour of Bucharest and its surroundings includes the following sights:
• Parliament Palace (Inside Visit)  - the second largest building in the world, put up at the request of Nicolae Ceausescu during the 1980s and opened in the post communist years as the seat of the Romanian Parliament.

Our next stop will be at the Village Museum (Inside Visit) - an open-air museum, situated on the shore of the scenic Herastrau Lake and stretched over a surface of 38 acres, it represents a micro-universe of the traditional Romanian village with houses taken from all regions of Romania

Old Town ( Walking Tour) - the former quarter where the merchants and craftsmen lived and worked in French inspired houses is now the entertainment center of Bucharest, filled with many restaurants, cosy cafes and pubs lined up along the quaint narrow cobblestone streets.

Victory Avenue ( Panoramic sightseeing) - one of the oldest streets in Bucharest dating back to the 17th century, it features majestic palaces, art museums, former residences of the aristocracy and old churches.

Revolution Square ( Panoramic sightseeing) the place where Nicolae Ceausescu held his last speech and where the protests that ultimately led to the fall of communism took place in December 1989.

Mogosoaia Palace is the former residence of Wallachian princes in the 18th century, built in the Romanian Renaissance style, an architectural style which combines in a striking manner Byzantine-Ottoman elements with Baroque and Western Renaissance

Snagov Monastery (Inside Visit) is said to be the final resting place of another Wallachian prince, Vlad the Impaler, also known as Dracula. Located on an island, the 15th century Christian-Orthodox monastery with its original paintings and tower is a monument of medieval art.