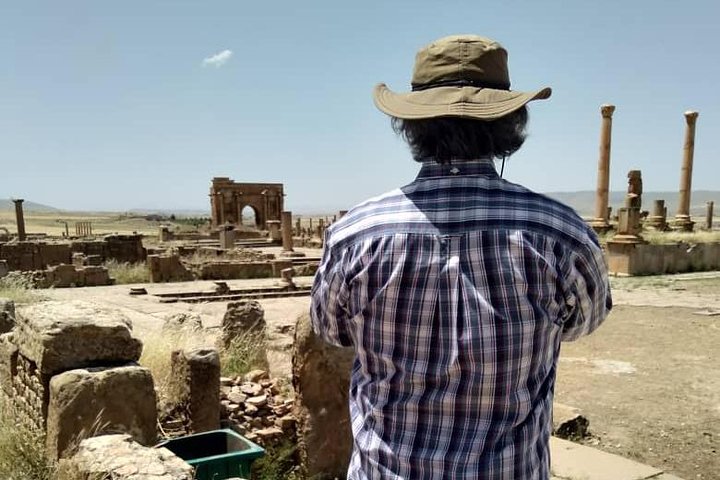 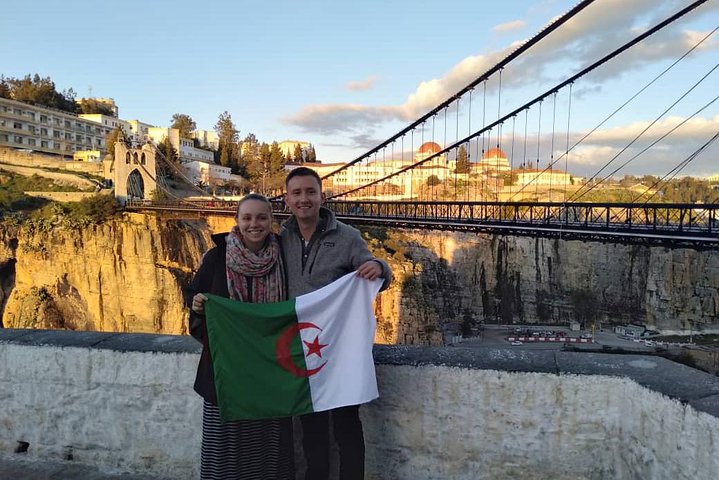 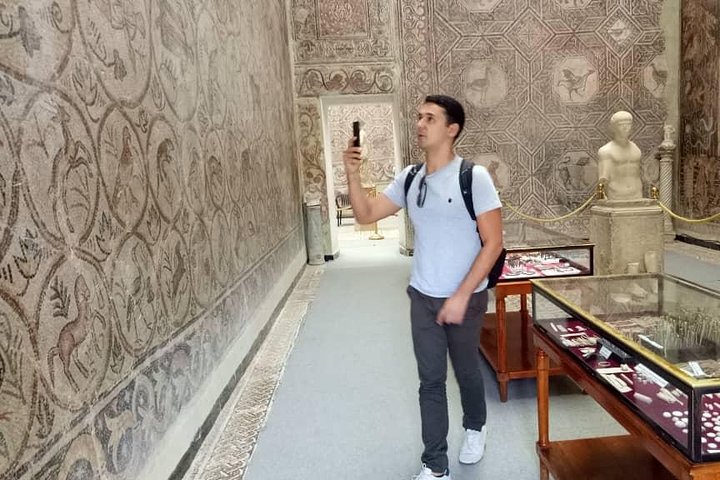 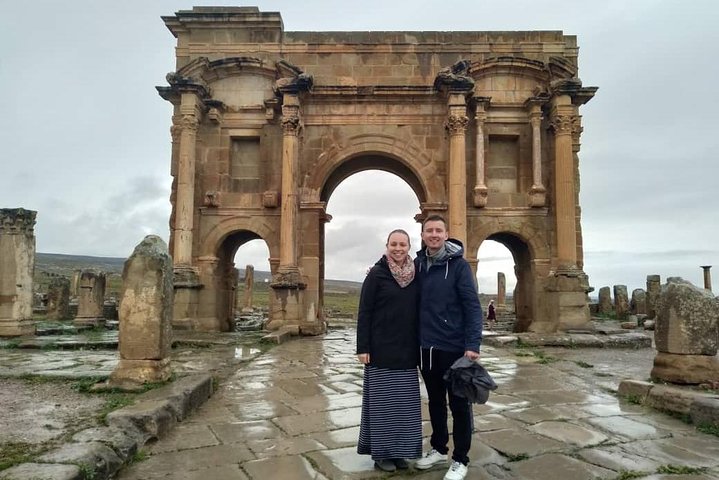 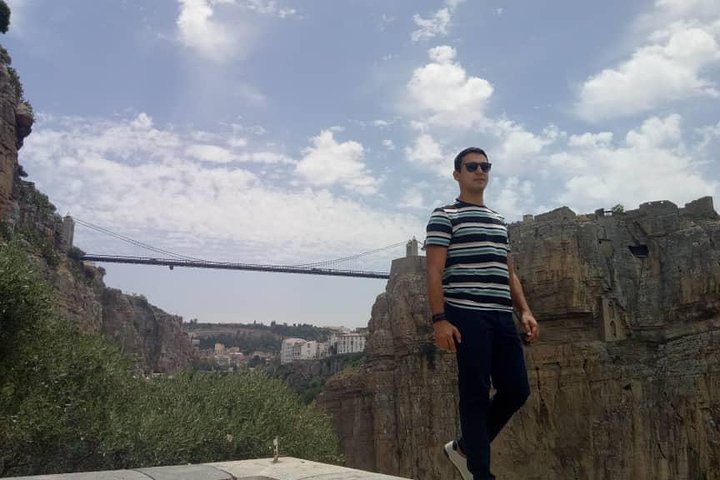 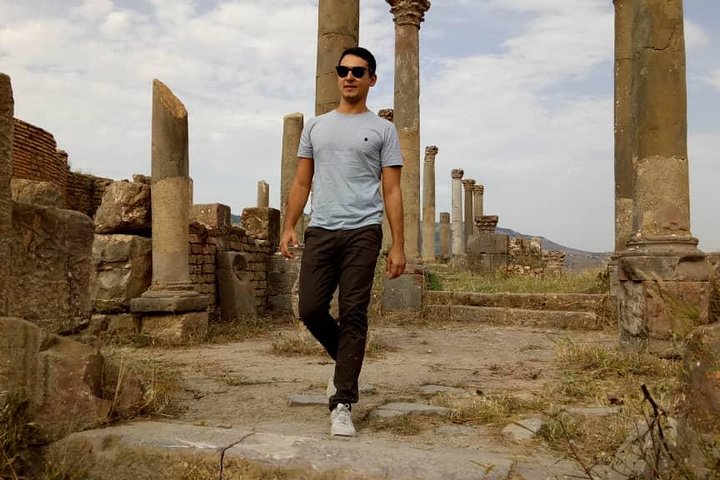 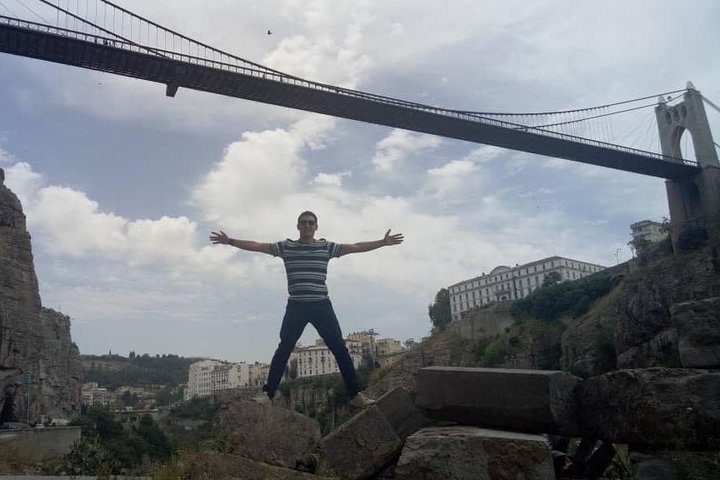 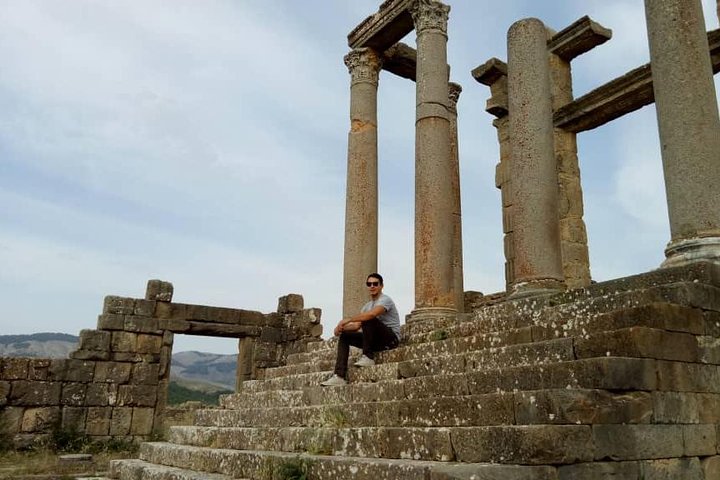 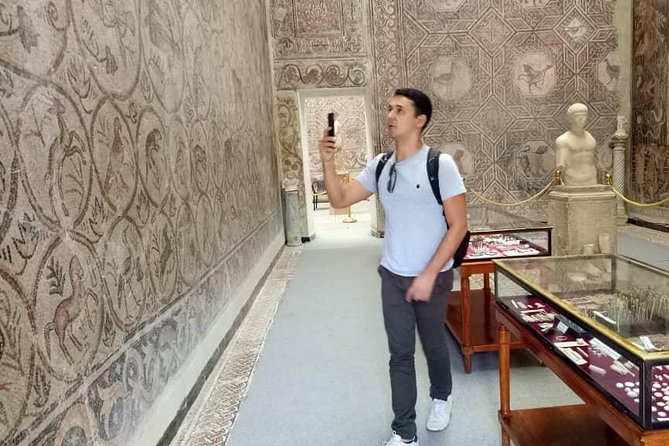 This trip starts in Algiers airport

You'll be picked up from your hotel in Algiers and transferred to Algiers airport , you'll fly one hour to reach Constantine , once you reach there your driver will pick you up and go to your hotel to drop luggage and then begin the following trip schedule

Djémila Known under its antique name Cuicul,  is an establishment of an ancient Roman colony founded during the reign of Nerva (96 - 98 A.D.). The Roman town occupied a singular defensive position. Cuicul is one of the flowers of Roman architecture in North Africa.  Remarkably adapted to the  constraints of the mountainous site, on a rocky spur which spreads at an altitude of 900 m, between the wadi Guergour and the wadi Betame, two mountain torrents, the town has its own Senate and Forum. Around the beginning of the 3rd century, it expanded beyond its ramparts with the creation of the Septimius Severus Temple, the Arch of Caracalla, the market and the civil basilica. The site has also been marked by Christianity in the form of several cult buildings: a cathedral, a church and its baptistry are considered among the biggest of the Paleochristian period. The site of Djémila comprises an impressive collection of mosaic pavings, illustrating mythological tales and scenes of daily life.

110 km to the south of Constantine, is a consummate example of a Roman military colony created ex nihilo. The Colonia Marciana Traiana Thamugadi was founded in 100 A.D. by Trajan, probably as an encampment for the 3rd Augustan Legion which, thereafter, was quartered at Lambaesis. Its plan, laid out with great precision, illustrates Roman urban planning at its height. By the middle of the 2nd century, the rapid growth of the city had ruptured the narrow confines of its original foundation. Timgad spread beyond the perimeters of its ramparts and several major public buildings are built in the new quarters: Capitolium, temples, markets and baths. Most of these buildings date from the Severan period when the city enjoyed its Golden Age, also attested by immense private residences.

a city tour to constantine will include a visit to the bridges , emir abdelkader mosque , the dey palace , the monuments of the deads...

then catch late evening flight back to Algiers , once you arrive Algiers you'll be transferred to your hotel

Informacion Adicional
"Confirmation will be received at time of booking"
"Not wheelchair accessible"
"Please advise any specific dietary requirements at time of booking"
"Vegetarian option is available, please advise at time of booking if required"
"Make sure that you already have a valid visa for Algeria ! or it's under process and you are able to get before the beginning of the tour"
"Most travelers can participate"
"This is a private tour/activity. Only your group will participate"
"Face masks required for travelers in public areas"
"Face masks required for guides in public areas"
"Face masks provided for travelers"
"Hand sanitizer available to travelers and staff"

Duración: 3 Days
Lugar de comienzo: the trip will begin from Algiers airport
Cancelaciones y devoluciones: For a full refund, cancel at least 24 hours in advance of the start time of the experience.