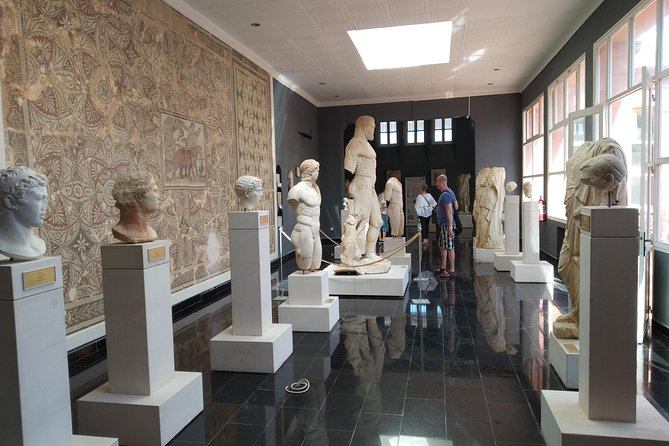 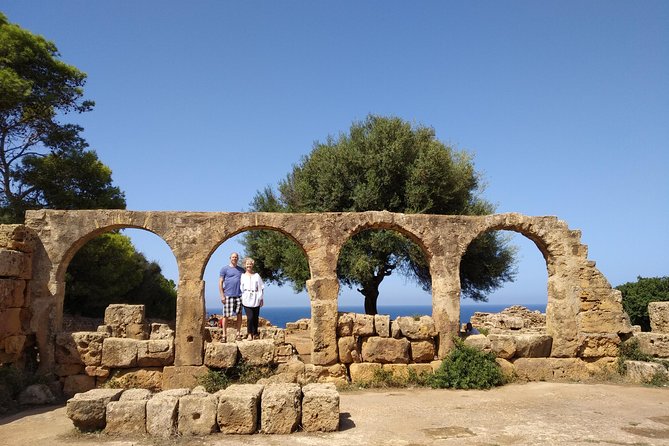 Enjoy a trip to Roman ruins in Algeria , roughly around 1 hour drive from Algiers

our stop will be Cherchell ( extra option ) , Phoenicians from Carthage founded a town at Cherchell around 400 BC, in an area on the northern Maghreb littoral 100 km west of Algiers. Established as a trading station

Cherchell became a part of the kingdom of Numidia under Jugurtha, who died in 104 BC. It served as a key city for the polity's Berber monarchy and generals.

Afterwards we'll be headed to Tipaza port , first for grilled fresh fish , lunch is included in your tour package

When it was part of the Roman Empire, it was called

Tipasa. The modern town was founded in 1857, and is chiefly remarkable for its ancient ruins and sandy littoral.

as the city was then called, was an old Punic trading-post conquered by Ancient Rome. It was subsequently turned into a military colony by the emperor Claudius for the conquest of the kingdoms of Mauretania.

Once done with the visit , we'll drive back to Algiers and drop off at hotel

Informacion Adicional
"Confirmation will be received at time of booking"
"Not wheelchair accessible"
"Please advise any specific dietary requirements at time of booking"
"Most travelers can participate"
"Make sure that you already have a valid visa for Algeria ! or it's under process and you are able to get before the beginning of the tour"
"This is a private tour/activity. Only your group will participate"