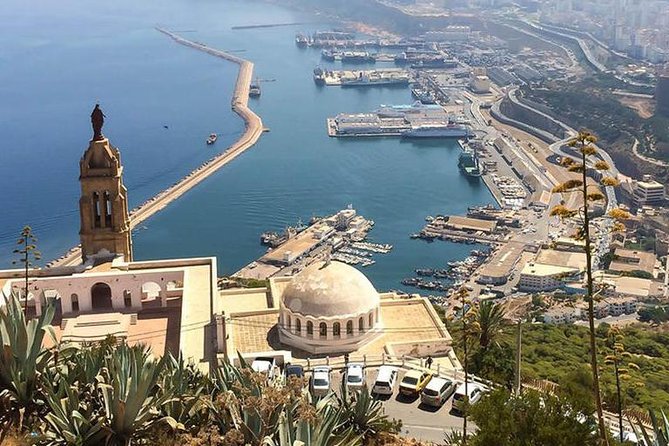 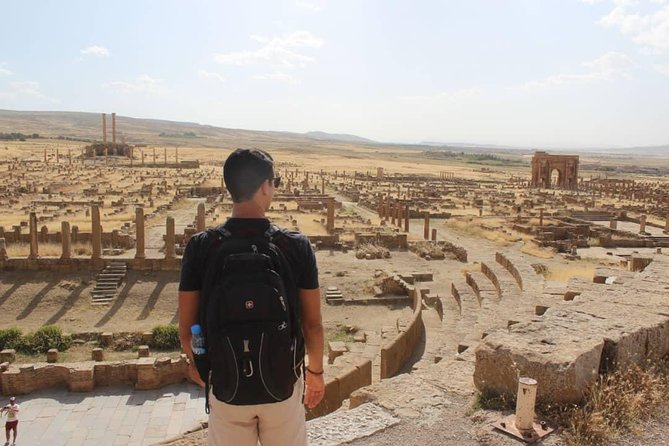 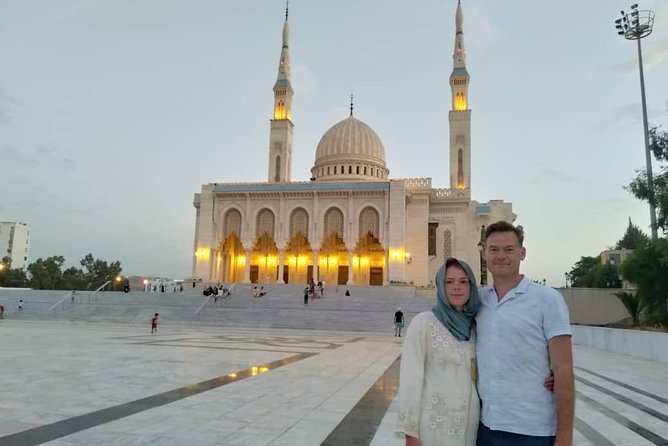 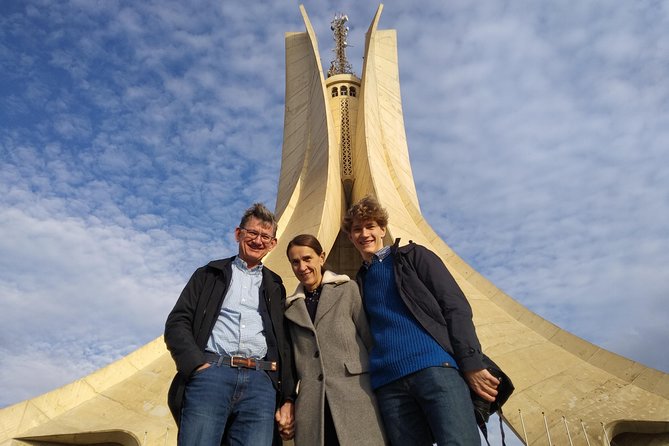 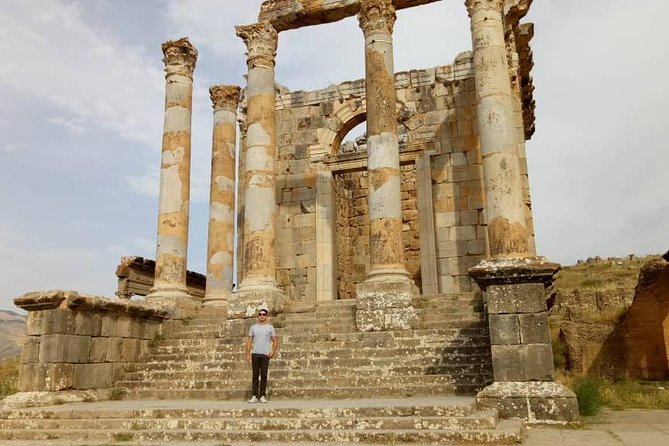 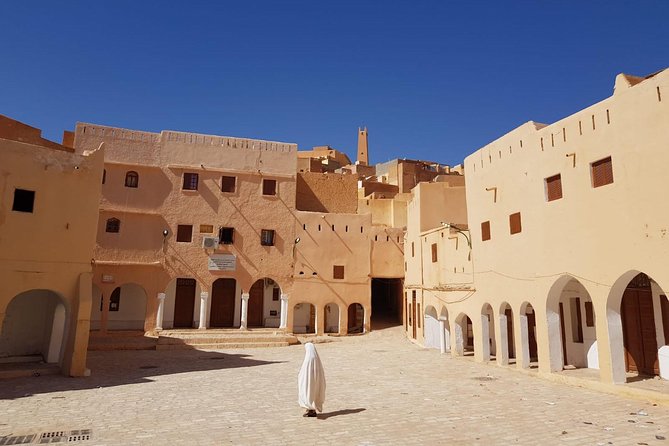 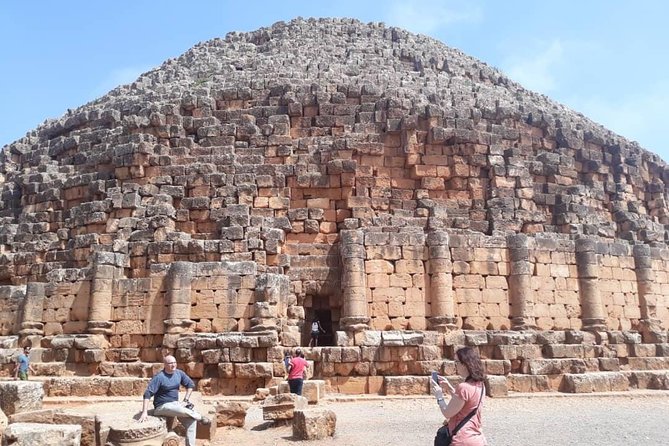 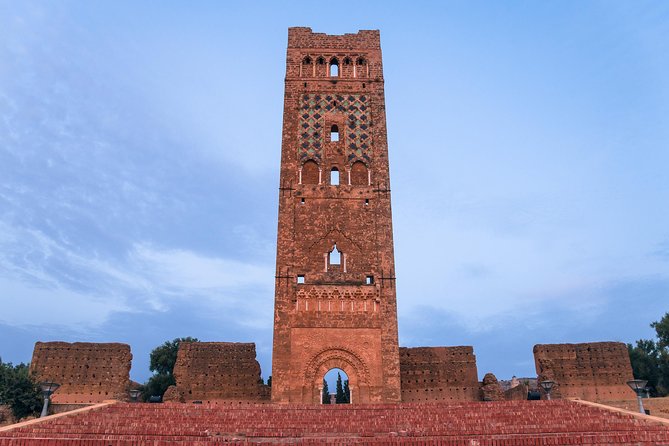 Saturday
Our guide will pick you up from your hotel at 9 am , you'll have the whole day to discover Algiers staring by the Casbah and its palace , passing by the Ketchaoua mosque , going afterwards uphill to visit the magnificient Basilica of our lady of Africa , lunch break and then visit the martyrs monument and finally the botanical garden of hamma before dropping you back to your hotel
Duration: 8 hours

Stop At: Ruines Romaines Tipaza, Tipasa Algeria
Sunday
Our guide will pick you up from hotel around 9 am and drive for around one hour to reach Tipaza where you'll visit the antiques museum with amazing ceramics and then walk in the magnicient roman ruins sites filled with history , lunch break and then visit the royal mausoleum of mauretania before getting back to Algiers and drop off at your hotel
Duration: 8 hours

Stop At: Cuicul Roman Ruins, Djemila Algeria
Monday
you'll be picked up early morning and dropped off at the airport so that you catch your flight to Constantine , once you arrive there you'll be greeted by our team members who will pick you up and transfer you to hotel and then let the adventure to Djemila begins ! you'll drive around 2 hours and half , so that you get to explore one the most conserved roman ruins in North africa with a stunning museum at the entrance that will leave you speechless and then return to constantine for a mini city tour , overnight in ibis hotel or similar
Duration: 8 hours

Stop At: Roman Ruins Timgad, Timgad Algeria
Tuesday
you'll be picked up from hotel at 9 am , after two hours and half on the road , passing by beautiful landscapes you'll reach your destination , one of the most amazing and expansive roman ruins site in Africa , it's truly is a travel back in time , you'll also visit the museum at the entrance which has splendid mosaics as well and then drive back to constantine for another mini city tour of the city and drop off at your hotel
Duration: 8 hours

You will have a free morning to walk around Constantine , our team will pick you up around noon from hotel to drop you off at the airport of Constantine so that you catch your direct flight to Ghardaia , upon arrival , our local guide will greet you at the airport and take you for a city tour followed by dinner & overnight
Duration: 8 hours

a full day in which you'll get to visit all the hidden gems and towns that Ghardaia has to offer .... a truly unique experience in the Mzab Valley
Duration: 8 hours

you'll be flying direct from Ghardaia at 11.35 am to Oran and land there around 1pm , our local guide will pick you up from the airport and transfer you to hotel and go directly explore the main highlights of the city
Duration: 8 hours

you'll be leaving from Oran by 9 am onwards to Tlemcen where you'll be visiting the main landmarks & highlights of the city and then back to Oran from where you'll catch your flight back to Algiers at 8 pm and arrive by 9:35 pm , we'll pick you up from airport and drop off in your hotel and next day will drop off back at airport again according to your departure time
Duration: 8 hours

No meals included on this day.
Accommodation included: city hotel algiers or similar ( depending on your flight the next day)

Informacion Adicional
"Confirmation will be received at time of booking, unless booked within 3 hours of travel. In this case confirmation will be received as soon as possible, subject to availability"
"Not wheelchair accessible"
"Near public transportation"
"No heart problems or other serious medical conditions"
"Most travelers can participate"
"This is a private tour/activity. Only your group will participate"

Duración: 8 Days
Lugar de comienzo: Traveler pickup is offered
we pick up from any hotel in Algiers city