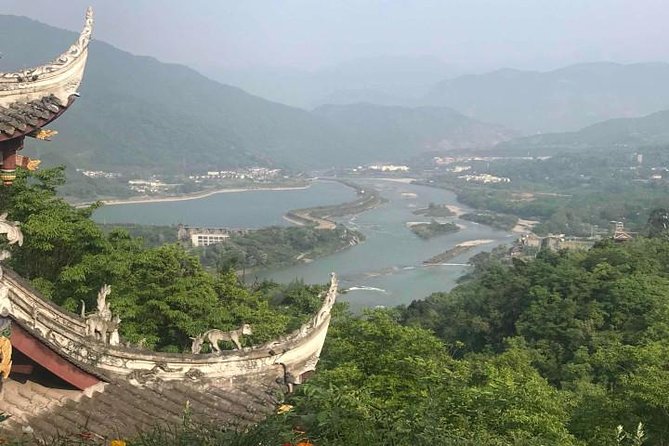 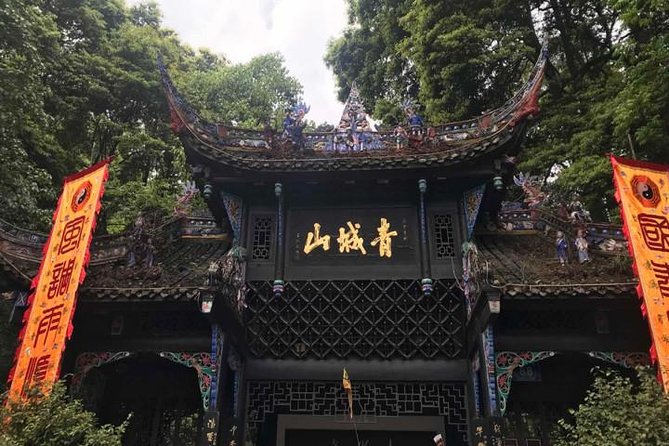 Morning, meet your driver in hotel,drive out of Chengdu to Dujiangyan city(about 1.5h-2h driving distance),upon arrival, enter the gate, crossing the Suspension Bridge to the main part of Dujiangyan Irrigation System- Bottle-Neck Channel, Flying-Sand Wire and Fish Mouth, crossing the Anlan Suspension Bridge to Erwang Temple(Two king’s Temple),is constructed to commemorate the desinger Li Bing and his son in the Qin Dynasty.Afterwards,get back the same way.In the end, exit the Dujiangyan Irrigation system. Meet your diver at parking lot.

The Yuzui , named for its conical head that is said to resemble the mouth of a fish, is the key part of Li Bing's construction. It is an artificial levee that divides the water into inner and outer streams.The inner stream is deep and narrow, while the outer stream is relatively shallow but wide. This special structure ensures that the inner stream carries approximately 60% of the river’s flow into the irrigation system during dry season. While during flood, this amount decreases to 40% to protect the people from flooding. The outer stream drains away the rest, flushing out much of the silt and sediment.

The Feishayan has a 200 m-wide opening that connects the inner and outer streams. This ensures against flooding by allowing the natural swirling flow of the water to drain out excess water from the inner to the outer stream. The swirl also drains out silt and sediment that failed to go into the outer stream.

The Baopingkou , which Li Bing gouged through the mountain, is the final part of the system. The channel distributes the water to the farmlands in the Chengdu Plain, whilst the narrow entrance, that gives it its name, works as a check gate, creating the whirlpool flow that carries away the excess water over Flying Sand Fence, to ensure against flooding.

Upon arrival,take Golf carfrom parking lot to the entrance of Mt.Qingcheng.Walk upstairs to the Yuecheng Lake(about 30 minutes),where to take the cable car up to the most important Taoist palace,Shangqing Palace.

Shangqing Palace,iterally means “upper purity”,locates at the 1000m above sea level.It was originally built in Jin Dynasty(265A.D-420A.D),the architectures we saw were built during 1862-1874.When finish the trip of Mt.Qingcheng,drive back to your hotel in Chengdu.

Informacion Adicional
"Confirmation will be received at time of booking"
"Wheelchair accessible"
"Children must be accompanied by an adult"
"This is a private tour/activity. Only your group will participate"

Traveler pickup is offered
At 8 am your driver will pick you up at the entrance of the hotel lobby with a sign with your name on it.