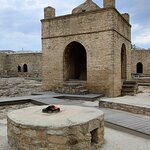 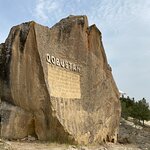 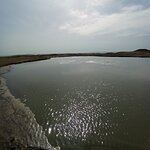 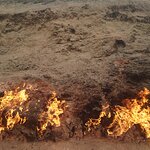 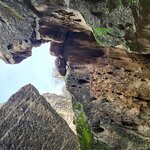 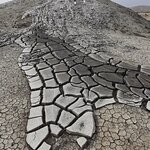 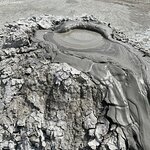 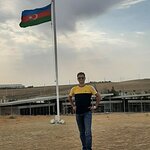 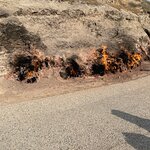 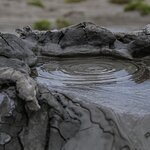 Gobustan and Absheron tour (All inclusive)

The Gobustan-Absheron tour is one of the most popular sightseeing routes in Baku. Entirely historical, it nevertheless introduces the guests of the country to our culture, the peculiarities of the nature in the Absheron peninsula, as well as the adjacent Gobustan desert. The roads of the Gobustan and Absheron tour will lead you to the active craters of mud volcanoes, salt lakes of the semi-desert, the most extreme mountain of the Greater Caucasus, from the depths of which flames escape to the meditativeness of a truly unearthly landscape of rocky hills and the expanses of oil rig fields.
The staff of Azerbaijan Travel International, with its inherent professionalism, provides tourists with generous information in stories about various historical epochs of Azerbaijan. From the Stone Age to modern history and the realities of the present, from Roman legionnaires to Hindu ascetics - events and personalities will become an unforgettable part of your new knowledge about Azerbaijan.

Morning
The guests meet with the tour guide, go to 70 km. to the south of Baku city in the Gobustan desert and fall into an oriental fairy tale.

One of the features of the geology of the region is that there are many mud volcanoes on these lands. A dirt road, not devoid of romanticism, will lead to the accumulation of their active craters.
According to legend, djinn live in these places. Volcanic mud, which is based on blue clay, creates a landscape like the moon. And the only thing that calms a tourist who does not want to say goodbye to this phantasmagoric spectacle is the anticipation of contemplating even more interesting landscapes.

Gobustan National Reserve: a modern museum-exposition.
The next stop on a trip to Gobustan is, in fact, what it is known for all over the world. The largest parking lot of primitive man on the planet is located here – the village of the first Cro-Magnons has been preserved intact since ancient times. At the beginning, the guests are preparing to meet the Paleolithic in the modern museum, which presents to visitors the history of these places and talks about the life of our prehistoric ancestors.

Gobustan National Reserve: Petroglyphs.
After the historical introduction received at the museum, the guests of Azerbaijan Travel International get acquainted with the heritage of the primitives themselves. The main trace they left behind is rock paintings. Following the excursion trail among the majestic rocks on the background of the Caspian Sea coast, watching all kinds of petroglyphs and listening to the guide's story, the tourist seems to be witnessing the mental development of a divine creature named Homo Sapiens. The harsh conditions of existence of prehistoric people, their will to live, the peculiarities of the hierarchy of their community, everyday life, and aspirations - everything becomes clear, and our contemporary understands that we and our ancestors differ from each other only in decorations. And the essence, which was, remained so.
The first part of the tour ends with an excursion to the places of life of the first Cro-Magnons and the guests return to Baku.

On the way back, you can also see the Bibi-Heybat mosque, built by Shirvanshah Abu-l-Fath Farrukhzad in the 13th century. The interior amazing with its colorfulness and the majestically stretching up the facade is not all! Visiting this beautiful monument of architecture, you can also admire views of the Caspian Sea and high cranes of the cargo port located nearby.

Stop at the Restaurant, Lunch time

In one of the central parks of the capital, guests are greeted by the set tables of one of the most delicious restaurants in the city – the Baku restaurant.
After a three-course lunch of national cuisine and a traditional cup of tea, guests embark on the second part of the tour – a trip to the Absheron Peninsula.

In the first century BC, Hindu Brahmanites and Persian Zoroastrians heard that there was an interesting feature in the land called Absheron – naked flames burst out of the ground. Ateshgah Temple was founded where there was the largest concentration of these natural fires.
At that time, the road of the Great Silk Road passed through this land, therefore, in addition to the temple, there was also a caravanserai, an inn for traveling merchants. The guests will learn the peculiarities of the life of the fire-worshipping hermits and their neighbors - merchants staying in the caravanserai from the fascinating story of their guide. This story is illustrated with numerous installations that adorn the narrative about the beliefs and everyday life of representatives of ancient fire cults.

Of the several dozen burning places that burned on the lands of Absheron, only one has survived till nowadays. Near the top of the most extreme mountain of the Great Caucasian Ridge, an unquenchable fire has been beating from the ground for many centuries. The mountain is named Burning in his honor, which translates into Azerbaijani as Yanardag.
In this, the final part of the tour "Gobustan-Absheron", guests will see the ancient flame, and, in addition, from the observation deck at the top of Yanardag they can see a third of the Absheron peninsula.

Completion
The Gobustan-Absheron tour, which is conducted by Azerbaijan Travel International, lasts from morning to evening and after about 9 hours after its start, the bus with tourists returns to Baku.


Informacion Adicional
"Confirmation will be received at time of booking"
"Not wheelchair accessible"
"Near public transportation"
"Infants must sit on laps"
"Most travelers can participate"
"This experience requires a minimum number of travelers. If it’s canceled because the minimum isn’t met, you’ll be offered a different date/experience or a full refund"
"This tour/activity will have a maximum of 15 travelers"

Traveler pickup is offered
We pick up from central hotels in Baku exept Hotels that aresituated in the Old City and near by. That guests are coming to the Double Gates - main gates of the Old City (Qosha Qala qapisi)