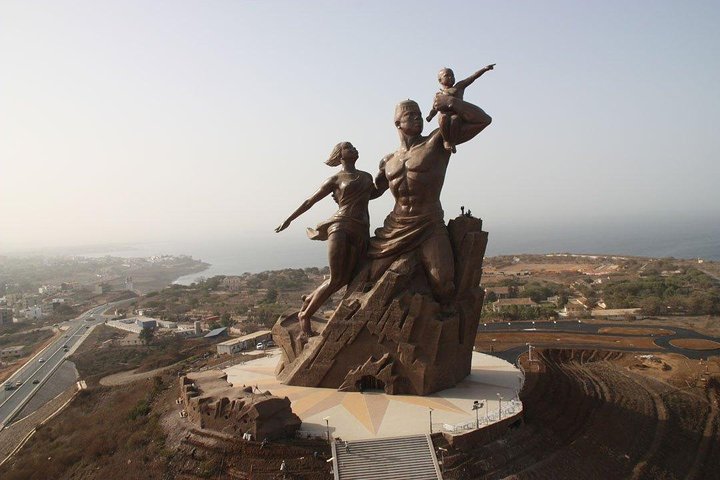 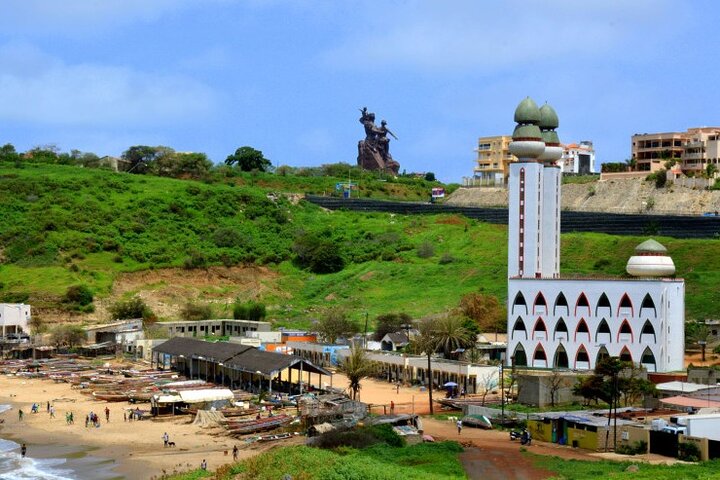 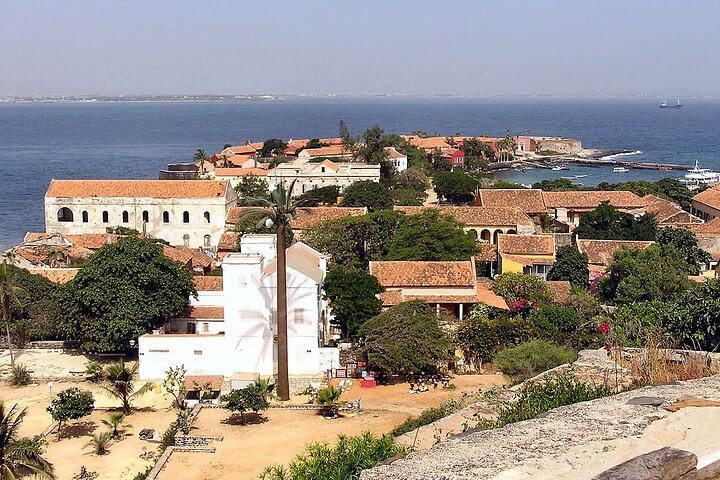 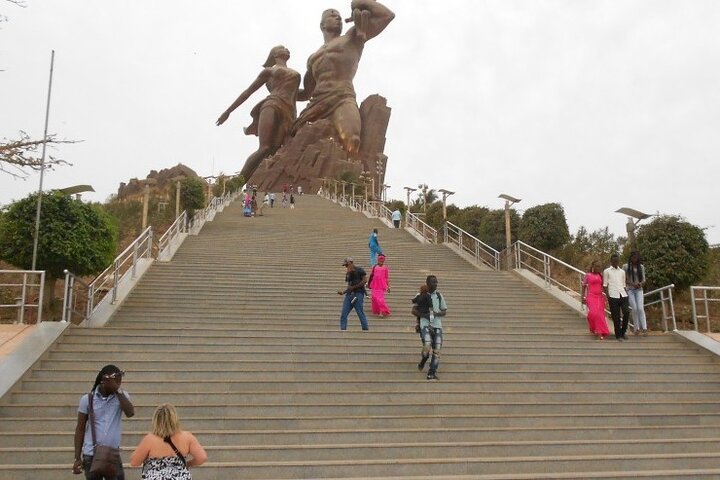 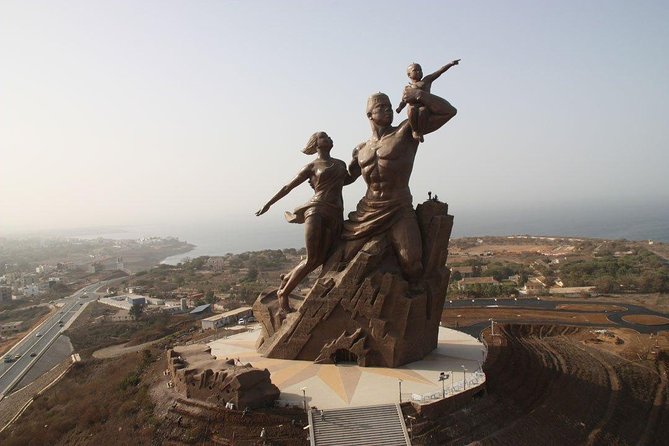 This sightseeing tour will take to the railroad station, the independence square or Dakar's historical cradle, the presidential mansion. And after, we'll drive along the coastal road to enjoy that wonderful landscape that Dakar, the smiling city offers to its guests. Then we'll go on to discover the national assembly, the big cathedral, the big mosque, the obelisk square, where independence is celebrated, before ending with the monument of the African renaissance.

52 meters high and made of copper, the monument represents a man with bulging muscles springing from the crater of one of the Mamelles hills. Shirtless, he carries a child on his left arm while wrapping the other, a woman. It is reached by a large staircase of 198 steps.
“The man, the woman and their child will face the sun, symbolizing the opening of the continent to the rest of the world. It is a force of propulsion and attraction in the greatness, stability and sustainability of Africa”, explains President Abdoulaye Wade who inaugurated it on April 3, 2010.

Stop At: Mosque of the Divinity, Ouakam, Dakar Senegal

The Mosque of Divinity, built in 1997, is a mosque located in Ouakam, Senegal. It is a structure with two minarets. The mosque provides a view of the Atlantic Ocean, as the mosque lies near the shore, at the Corniche-Ouest.

Sandaga market was built in 1935. Its architecture reminds the Arabian Sudanese style of Timbuktu in Mali. Its decoration is a mixture of Arabian and African styles with arabesques and geometrical drawings.

The Kermel market is a very beautiful building from 1860 - a beautiful round wrought iron and brick hall of Arabic inspiration - which was ravaged by fire in 1994, and rebuilt identically in 1997, classified as a historical monument. The large clock at the entrance to the market used to ring the closing bell at noon on the dot. At the Kermel market, one can find all the food products and is frequented by Westerners looking for the best products of the city since its creation

Two objectives emerge for the museum:
* To create a non-ethnographic museum, that is to say not devoted solely to primitive arts, and not commemorating the slave past of the populations of the continent.
* Show the vitality of the entire African continent through "cultures and civilizations of the black worlds".

The Great Mosque of Dakar was built by French and Moroccan architects and was inaugurated in 1964 by the King of Morocco Hassan II who had financed its construction. The height of the minaret is 67 m. Richly decorated, both inside and outside

Created in 1961, this village is a good place to get an idea of ​​what the artisans of the country produce. Gathered by professional category, the craftsmen exhibit a wide choice of sculpted works. There are also all types of leather goods (cow, snake, goat, crocodile) and jewelry.

Duración: 4 To 5 Hours
Lugar de comienzo: Traveler pickup is offered
Travelers should be ready at least 15 minutes before departure