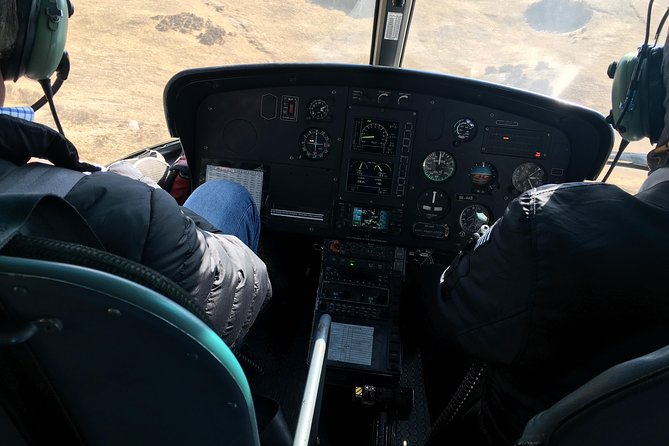 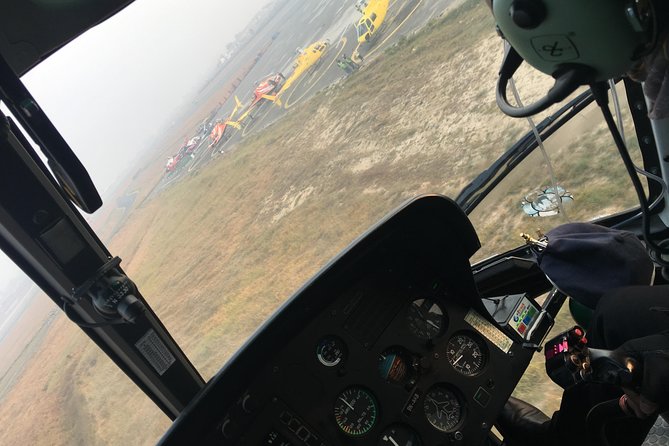 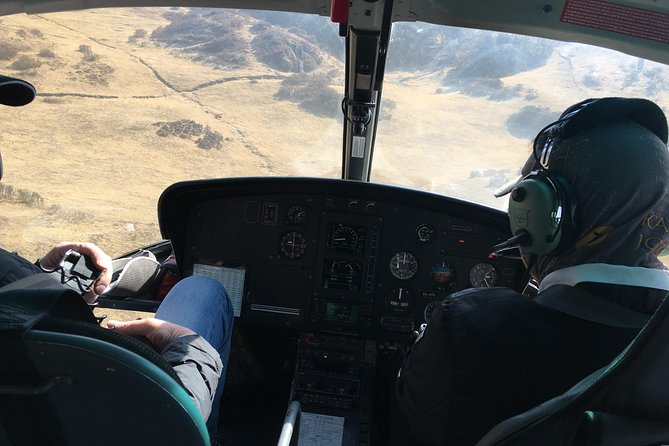 Helicopter flight to Annapurna base camp with landing

Flying beneath world’s tenth highest Mt. Annapurna at above 8,091 m with its array of peaks

Smooth, great landing within beautiful Annapurna Sanctuary and at base camp above 4,130 m high

A day on magnificent Annapurna Base Camp Helicopter Tour of 1 hr trip duration or more from 7 a.m to 12 p.m. (Depending upon the season/Weather and landing possible at base camp as per the fine and clear weather and pilots decision)

Starting from scenic Pokhara depart from respective hotels early morning by 6 a.m. or 7 a.m or later (depending upon the season/wether)to Pokhara airport for sweeping panoramic Chopper flight with spacious and comfortable seats, with rooms for 3-4 people with Captain and Co-Pilot sometimes with one pilot or Captain of the flying ship.

As Heli takes off soaring high into clear blue sky heading north, from Pokhara the aerial distance to Annapurna base camp of mere 35 k.m. air journey continues leading higher above verdant valley of Pokhara and its city and rising high past rolling green hills dotted with lovely farm villages and neat tended row of terraced fields.

Informacion Adicional
"Confirmation will be received at time of booking"
"Not wheelchair accessible"
"Annapurna base camp can be visited all months of the year except the monsoon period of July to Mid September the wet and rainy months, with clouds blocking the views and making Helicopter flight least possible to land and fly."
"March to May warm during the day, morning and late afternoon can be little cooler where morning are clear for the views and Heli flights."
"October to January and February will be clear with fine weather but can be much colder during morning and afternoon time as well in shady areas."
"March to May is also a flowering time on mid hills of Annapurna Himalaya region where the whole areas turns ablaze with rhododendron (national flower of Nepal) and other wild flowers in full bloom with riots of colors that fills the green hills of Annapurna."
"Late November to Mid February mostly clear during the day, but the days are short with sunlight in Autumn / Fall and Winter times, morning and late afternoon can be cold of less than -5° to -10° Celsius with maximum of 15° to 20° Celsius in sunny days and afternoon."
"This tour/activity will have a maximum of 6 travelers"

Hora de Inicio: 7:00 AM
Duración: 1 Hour
Lugar de comienzo: Traveler pickup is offered
Give us hotel name in City area for pick, only city area is included, if your hotel is out of city come to airprot on your own.